Tom Bradley International Terminal. We’re checked in. Seats 1A & 1B. Attention in the gate area. Delta is pleased to welcome all of our first-class passengers traveling non-stop to Amsterdam. My second time and her first time abroad. Neither of us had ever flown trans-Atlantic, in first class. 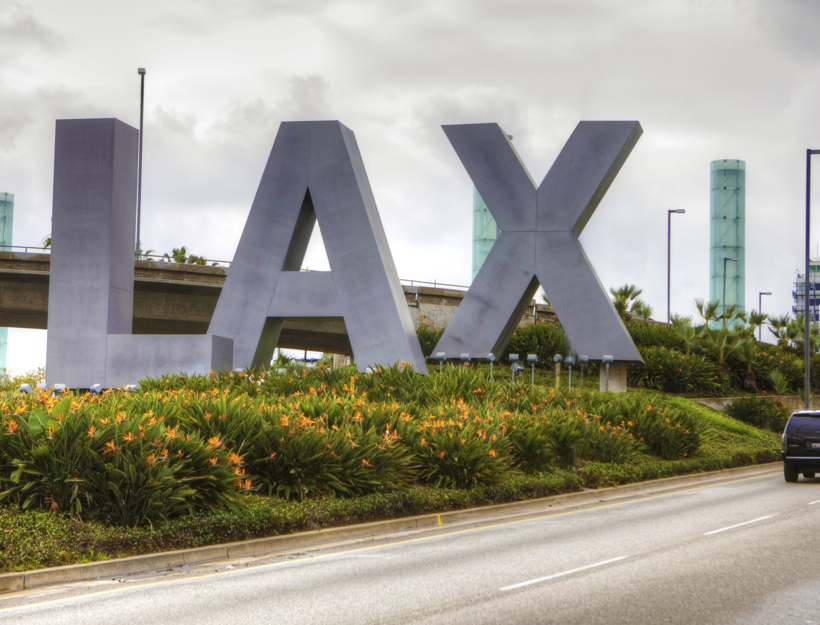 A young 30-ish Black couple sauntering ahead of the other 270 souls we’d share the cabin with. It helps to dress to impress or rock star-ish. After all, we’re in Los Angeles, we must be celebrities. At least one of us. Besides, neither of us could pass as professional athletes. Perhaps we were young executives.

Our Black privilege doesn’t afford us assumptions like being basic.

Martin and Gina, it is. Whatever it takes to minimize the often qualifying customer service questions, that don’t necessarily assist or amount to going the extra mile. They tend to better help the employee assess us, before they accept our qualifications, like a printed boarding pass, with our names and seat assignments, or our stamped and weathered passports or airline membership number. An extra glance between our tickets and us, just to make sure.

First-class is truly a different traveling experience. But leave it to a clumsy flight attendant to provide us with 3rd class treatment.

All six ounces of Pinot Noir splashed into my lap. Anyone ever told you to pack a change of clothes or at least some underwear–in case your luggage gets lost? Well, I didn’t listen either. For the next 9 and half hours, my twig and berries went from cold and damp to a sticky and moist, pungent wine mash. Gross and graphic–sorry, but I’d love to hear about your main cabin fantasy ruined.

Mile High Club will have to wait…

A week of romping through euro countries, many that are geographically or populously smaller than states at home. Trains, planes, and the unwise decision to rent an automobile.

The urban explorer in me likes to touch and smell the authentic essence of locals. There is no more diverse and frightening space to share in it than on public transportation.

My wife hates it, I love it. I smell like wine-o, I’ll blend in just fine on the subway. 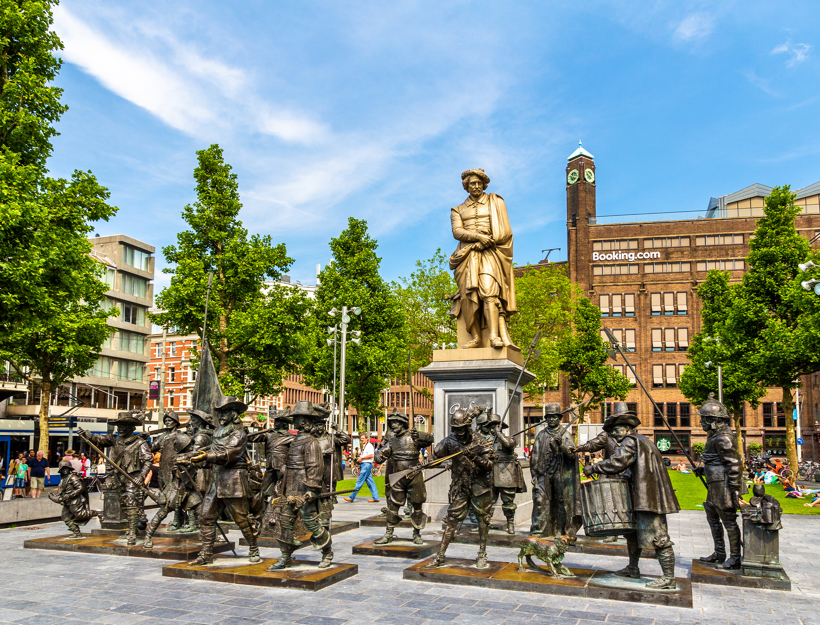 14 hours later, we’re in the Netherlands. Somewhere in Amsterdam, on the rail system platform–making our way to Rembrandt Square.

A short walk from the tram station to the closet size room in our hotel.

Jet lagged and our circadian rhythm were out of sorts. Coffee was needed. Desperately needed. Luckily, there’s a famous caffe I saw on a travel show next door.

This trip was a come-up.

Six months earlier, we had attended a gala in Pasadena. It was a rich event. Great wine, cheese, and an assortment of crackers. I’m not too fond of the flaky saltines. The silent auction table had some cool scores for the highest bidder.

I’m disciplined and know to wait until the last few minutes before closing, slide in, and offer a dollar higher. The strategy works all the time. Or at least most of the time. This time, the luxury auto dealer heiress outbid me.

A few days later, the Development Associate from the organization called. She said, “Someone reneged on their pledge for a trip to Europe.”

Since the $500 per couple tickets to the event were complimentary, our names better show up on the donor list. My wife doesn’t do tacky, etiquette dictates a degree of class and panache.

Here is the three-digit CVV number.

Two nights at the Four Seasons in Paris and two nights in Provence, South of France.

Why not add Holland to the itinerary for a few days.

That’s where we’ll start. It was my second visit to the Netherlands.

Amsterdam is one of the cleanest cities. Almost pristine. Dutch people have a certain quality themselves.

My first visit was to manage a music tour…

We had a packed schedule and not a lot of downtime or flexibility to take in any sights.

I knew I had to return. The 945p sunset was the most amazing picturesque setting of our solar star.

The northern lights sprayed across the edge of the night. Bright with an amber-ish hue backlighting.

It seemed as though no one noticed or cared that we were Americans. It took some getting used to people speaking in Dutch, then German, occasionally in French before they realized they were Yankee’s–ooh, hello in English.

We had a lot to see and do. 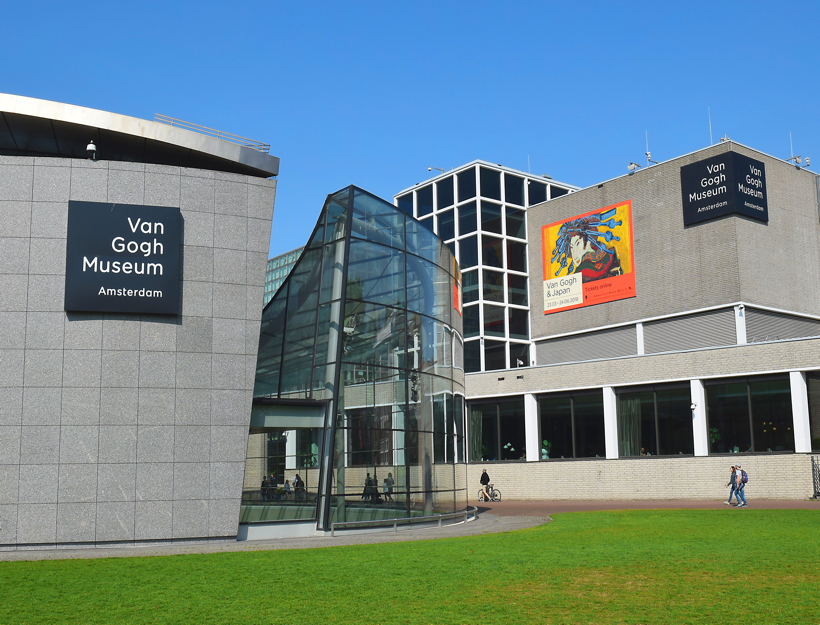 I lacked an appreciation for the storied and troubled impressionist artist. Headphones on and a device that reminded me of my first Sony Walkman, we paid the additional charge for an audio docent-led guided tour.

Glad we stopped by the caffe first. The stiff spliff enhanced the soft, monotone female voice leading us through the gallery. 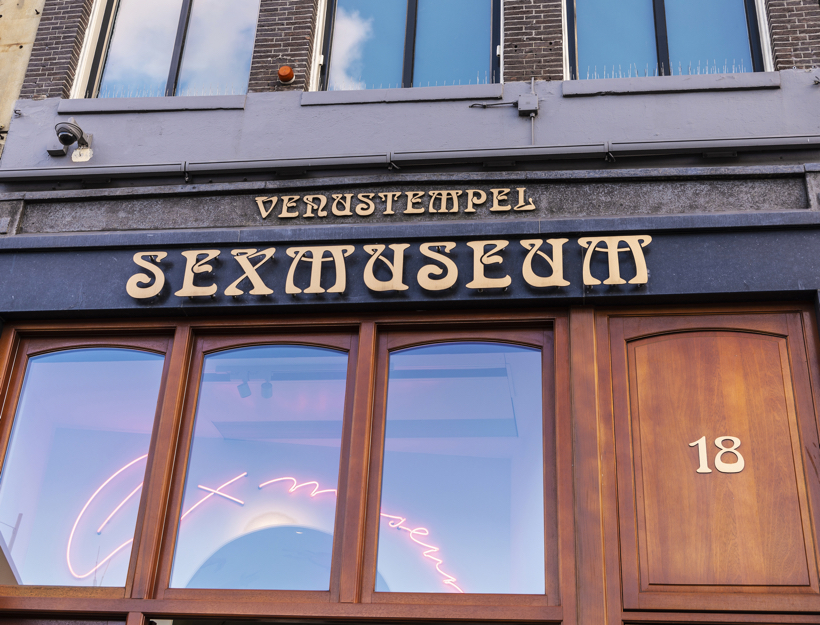 If liberal was a museum, it would be housed in this five story building of debauchery.

Wait, what. People were doing this a century ago? Up two more floors and we’re both like, we’ve seen enough. And we should do our best to forget what we saw.

The illustrations of Wilbur, Bambi and Mr Ed provoked me to reevaluate the revolt plotted in George Orwell’s Animal Farm. We passed, continuing to the last two floors and headed for lunch at the street market. I dare not repeat what happened to the curious cat.

Shopping and lunch at one of the many street markets.

I opted for Belgian Fries from a food cart. Keep the mayo. Fries should only be paired with catsup. Herb aioli is (un)American.

We didn’t see Roxanne. Her Red Light was out…

Just a few blocks from our hotel is the world-famous Red Light District. This was where Roxanne was told to put on her red light and given a place where she doesn’t have to walk the streets for money.

Look, but don’t touch. Window shopping, but not buying anything. 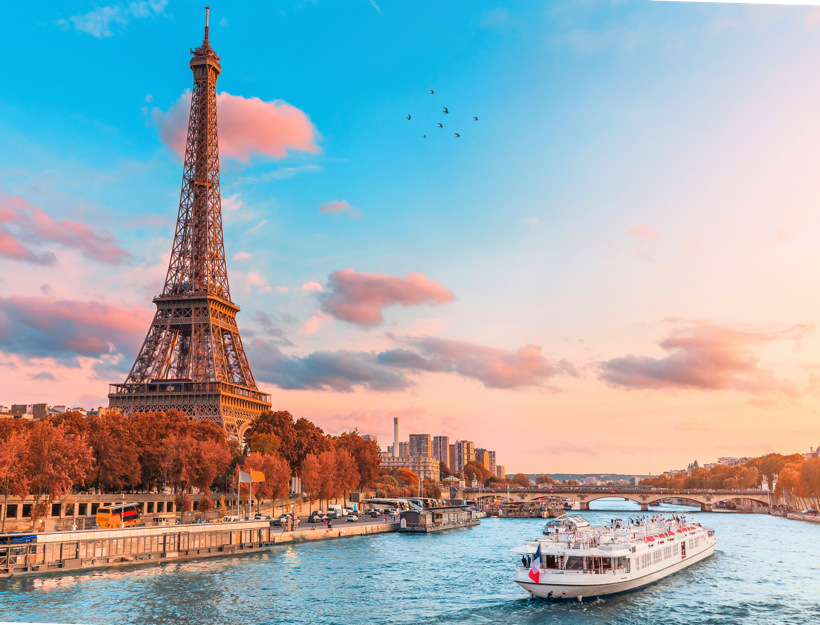 Leaving Amsterdam, my wife is still a bit hazy. One passing of the Kutichie from the left-hand side or being hit by the pot. She took full advantage of the respite provided by the train car. 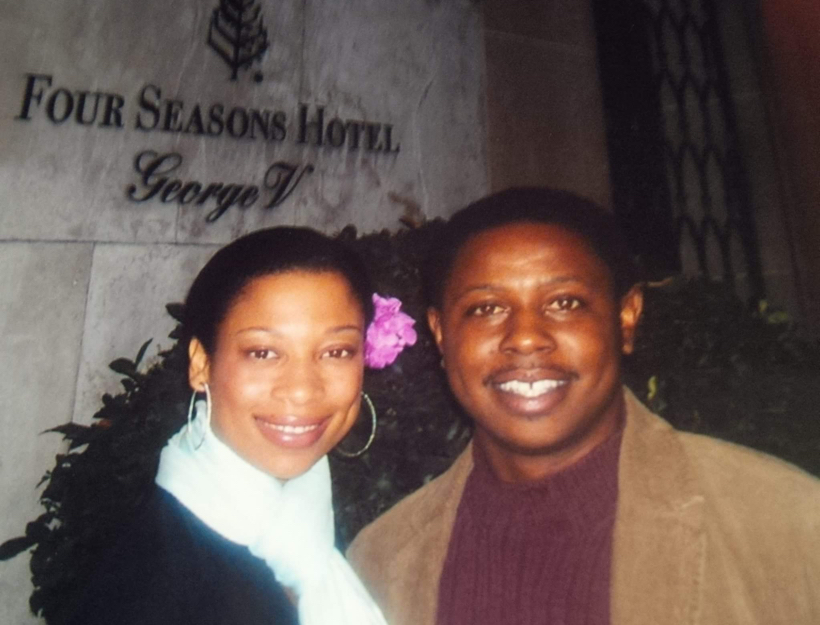 The Author and His Wife, George V, Four Seasons, Paris

We hailed a taxi from Gare du Nord and were whisked away en route to the Hotel George V.  No sooner than we darkened the doorway, we quickly understood why this Four Seasons property is amongst the most expensive and luxurious in the world. Back in 2006 a room started at $1200.00 per night.

Two days isn’t enough time to see or do much in Paris. Seeing the Eiffel Tower and  Arc de Triomphe are effortless.

Our palatial accommodations were located within eyesight of each.

We opted for a Parisiens Seine River Gourmet Dinner & Sightseeing Cruise. This was a more efficient way to admire the architecture of Musee d’Orsay and get a glimpse of Cathedrale Notre-Dame de Paris.

We hosted a few museums and outdoor dining.  Nothing memorable about that.

Other than that, French fries are really an American thing.

And, if you’re like me, I had assumed that the name “French fries” indicates that the classic fried potato dish hails from France. According to BBC, the crispy spuds were most likely invented in the country’s northeast neighbor, Belgium.

In part two, we’ll pick up on the last leg of our romping through Europe. We’ll travel through the medieval French countryside. Following a scenic drive by the riviera…
*