If you’re just now catching up with us, you may want to go back and read part one for this one to make sense.

After a soiled 1st Class flight and four days romping through Amsterdam and Paris, we were off to Provence Côte d’Azur.

That’s in the South of France.

Trains, planes, and the unwise decision to rent an automobile

We hop on a short hour and twenty-minute flight to Nice.

Remember the planes, trains, and unwise decision to rent an automobile reference earlier?

Not sure who’s bright idea it was to rent a car and drive in the Provence countryside. We had a 57.9km drive ahead of us. Neither of us nor our unsmart phones could compute kilometers to US miles.

The 90min jaunt through the quaint French communes reminded me of California’s Pebble Beach 17-mile drive. It seemed long and never-ending, yet with captivatingly beautiful scenery. No GPS to guide us. Satellite radio was still a Buck Rogers tech generation away. A half dozen or so CD’s in a Fiat set up to play tape cassettes. We were navigating by instruments only. Just us and sporadic conversation, while doing our best to pay attention to the road signage–careful not to make a left turn when we should have been going to the right. 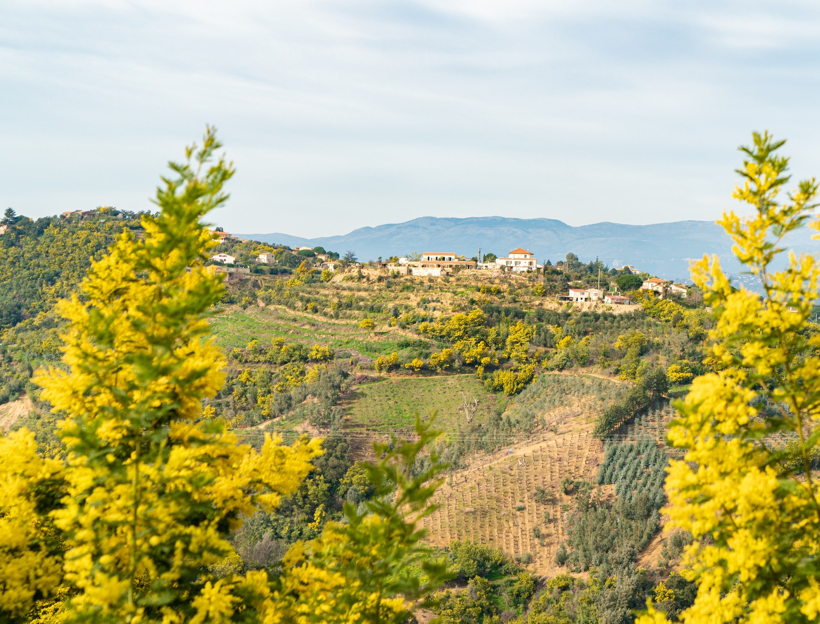 The coastal region’s topography was a lot like California’s central coast.

As we traversed further inland and began our ascent in elevation, the villages disappeared. As we passed each kilometer post, we were extending further away from civilization. The more populated valley farmlands grew further and further– in the rearview mirror. Hopefully, a more populated resort destination awaited us upon arrival.

The Mediterranean climate produces some of the best fruits and vegetables in the world. We were sure we’d get to sample some locally grown produce at a marchés (Farmers Market) on the drive-in to fend off our increasing hunger. But, it was Sunday. Nothing, and I mean absolutely nothing is open on a Sunday.

If you’ve ever driven to Ojai or Santa Cruz, those are the closest comparisons.

This was our final destination. A luxurious retreat tucked away on a hillside. Back then, the resort was the Four Seasons Provence.

Enfin, nous avons réussi… Finally, we made it.

We arrived. Famished. Only eating option is at the resort.

At this point, we’re, or at least I’m – not looking for gastronomic French cuisine. I’m too tired to play the whats in this or what’s that dining round of Jeopardy.

Well damn–at least it came with cheese and Belgium fries. But the $8 Coke was stretching out the end of our ballin on a budget holiday.

I decide to ignore the fact that any and everything we’d passed on the way was closed, thinking this can’t be the only option.

Back in the car. And back down the hill we go.

Because life is about the journey, not the destination…

We ventured out to attempt to find a late lunch and see what we could see. The tiny village back down and around the windy road was about 10 klicks.

A stop at the gas station for a pre-wrapped baguette, cheese, deli meat, and whatever other familiar snacks we could grab to hold us over. Hunger would have to take a backseat. We completely missed the turnoff… 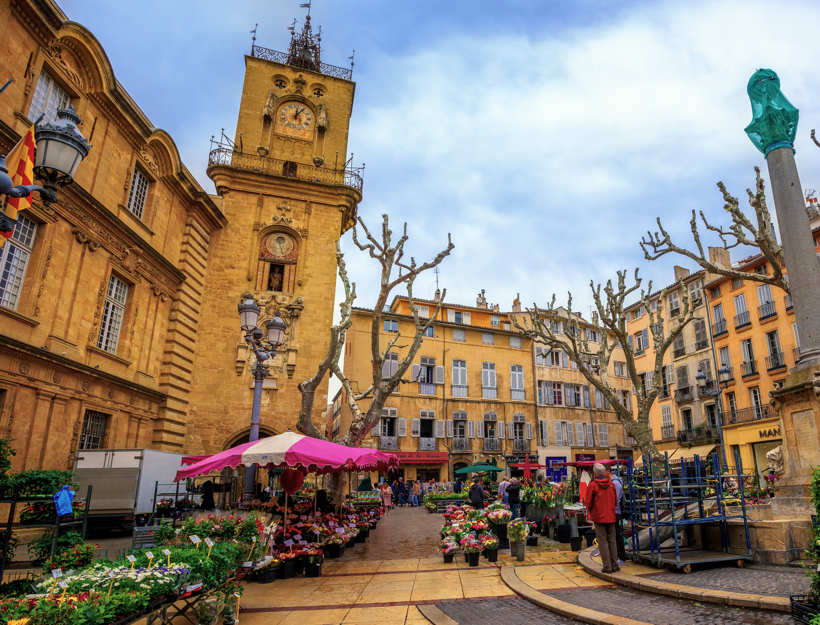 But, while we were out, we discovered and took a stroll on the narrow cobbled streets of the traditional Provençal village. We were bewitched by the medieval bucolic landscapes famous in the region.

Getting late and the snacks have proven not to be a suitable substitute for a meal.

Time to follow the bread crumbs back to pay a king’s ransom for dinner.

An otherwise uneventful outing turned frightening. Making a turn-about, our car got stuck in a gully on the side of the mostly gravel and occasional stone road. Our two wheel drive compact couldn’t get any traction. Tires spinning and I’m pushing.

No cell phone coverage. No cars passed by for what seemed like hours. The afternoon sun was setting and dusk was upon us. There were a few cottages scattered along the road.

Out of nowhere, a gentleman appears.

He didn’t speak English. Neither of us spoke Spanish.

I vividly remember how dapperly dressed he was.

This is how people end up on a true-crime episode of Dateline.

We could only hope that both of us would live to tell our tale of survival.

Considering some of what we viewed at the Sex Museum a few days earlier, the thought remained that this unassuming Frenchman could have had devilish motivates.

For all I know, the savoir faire gentlemen had a dungeon waiting for us behind one of the many shuttered blue wooden windows, deep beneath one of the terra cotta roof tiled homes hanging on a bluff in the nearby rolling hills.

The ordeal had every potential of playing out a like bad horror film.

Back to us pushing.

We worked on our language barrier and he offered to help me push the car with no luck getting it unstuck.

We both have mud on us.

I think he said a few French cuss words.

He signaled for us to wait with his hands. Walked off towards this house.

Returning in his car.

Stuck in a serious dilemma.

He didn’t want to take both of us. Neither of us wanted to leave the other.

Sending wifey alone was out of the question. Leaving her alone – on the side of the road – was the lesser of the two options.

We had no other choice but to trust the humanity of someone helping us. He was just as afraid as we were.

Upon our return the tow truck followed closely behind us.

Wifey had managed to turn the tires just enough to get traction and drive out of the ditch.

Back at the resort. Now willing to pay double for the burger. 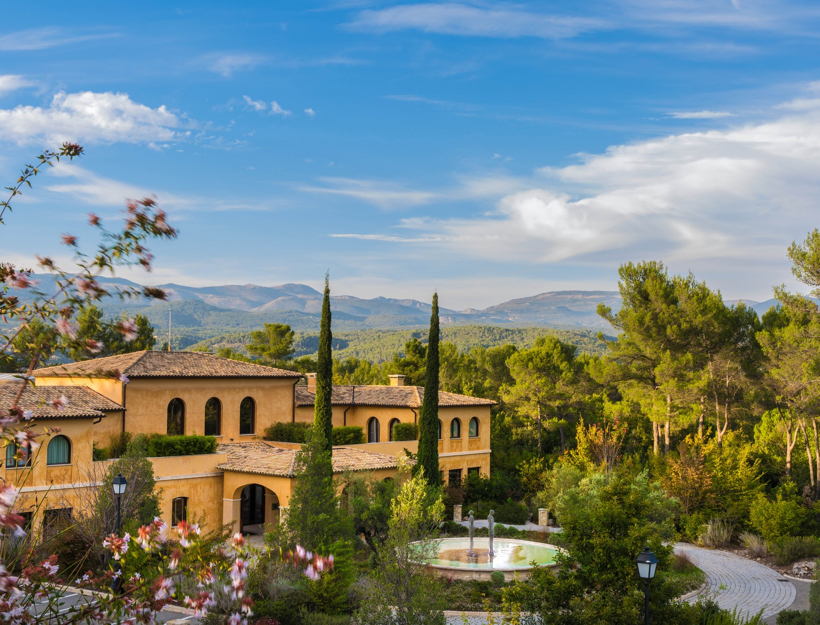 We settle into our villa. Cold and damp. The heated tile bathroom floor warmed my feet. Wifey took a plunge in the oversized soaking tub to rest her weary nerves.

Thankfully, we still had souvenirs from Amsterdam.

We must have either looked desperate or well-deserving. At check-in, we received an upgrade.

Finally, we can just relax and enjoy the resort’s sprawling achers of lush greenery.  It was easy to lose yourself gazing off at the panoramic views of the middle-aged period villages from our elevated perch.

We’d spend the next couple of days cupcaking in our commodious digs. Lunch on our private terrace while tasting locally bottled wine complemented by small-batch artisan cheese.

I told the concierge to just pass the Courvoisier.

A full cadre of staff is on hand to attend to your every need–and also every desire.  A lift in a buggy to one of the many enchanting gardens to take in the abundant natural sounds. The buildings are designed to minimize their visual impact. At every turn 360 degrees of breathtaking surroundings enclose us.

The level of privacy and quietness was uncomfortable for someone who’s used to the city noise pollution. Except for the common areas, like the lobby or restaurant, we rarely saw any other guests.

Two days later, we repeat the drive back to the airport in Nice for a flight back to the states.

I did notice that the airline crew didn’t give us the extra scrutiny when checking in for our 1st Class flight home–unlike their American coworkers.

For the most part, traveling while Black in Europe wasn’t the same as back home in the States.

Back stateside in LA. Damn. Where is the Blue Super Shuttle stand?

While waiting then and now for over 15 years, I still think it’s a fantasy. Is it possible for Black people in America to live in a way that is not reactionary to white people?

For the most part, traveling while Black in Europe wasn’t the same as back home in the States.`Or perhaps the conversion rates on the Black Tax aren’t levied as overtly as I’ve grown accustomed to in America.

I had traveled through many nations, including this trip into France, that had colonized the world. And not once had I felt–Black. Or at least the sensation of how traveling while Black in America has conditioned me to feel. Black people are constantly navigating that. We know that we’re in management mode.
*