When visiting the “Windy City”, The Art Institute of Chicago (AIC) is a must-see for any art lover! In fact, my Art History professor at Pasadena City College claims the museum as her favorite in the U.S.! 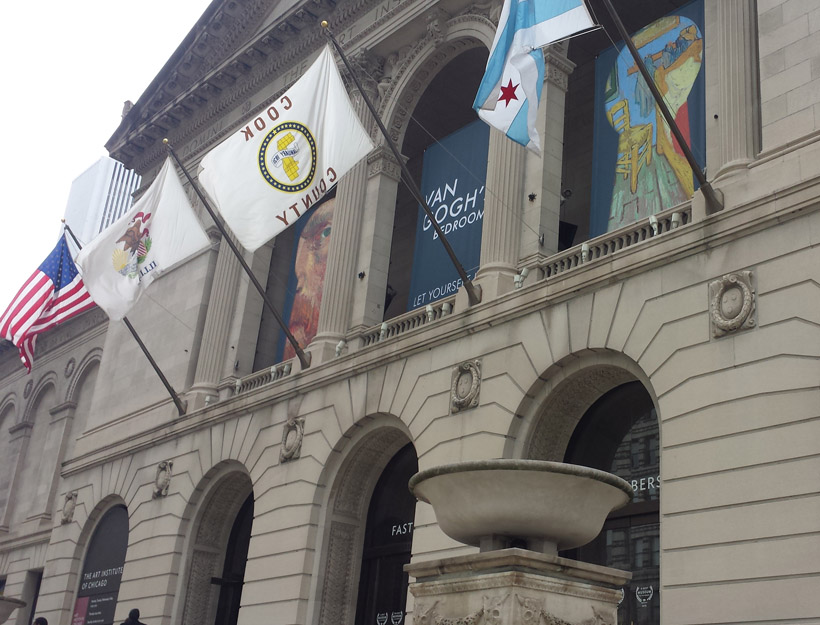 Even though it was a day filled with snow-flurries, this Californian couldn’t wait to visit the AIC. Just seeing the iconic lions standing guard in front of the building actually heightened the sense of anticipation. I must admit that I had flashes of The Metropolitan Museum of Art in New York City, and yet I was excited to see another world-class U.S. museum.  I had been seeing the posters for the Van Gogh exhibit around the city as we arrived, and now it was time to see it in person! 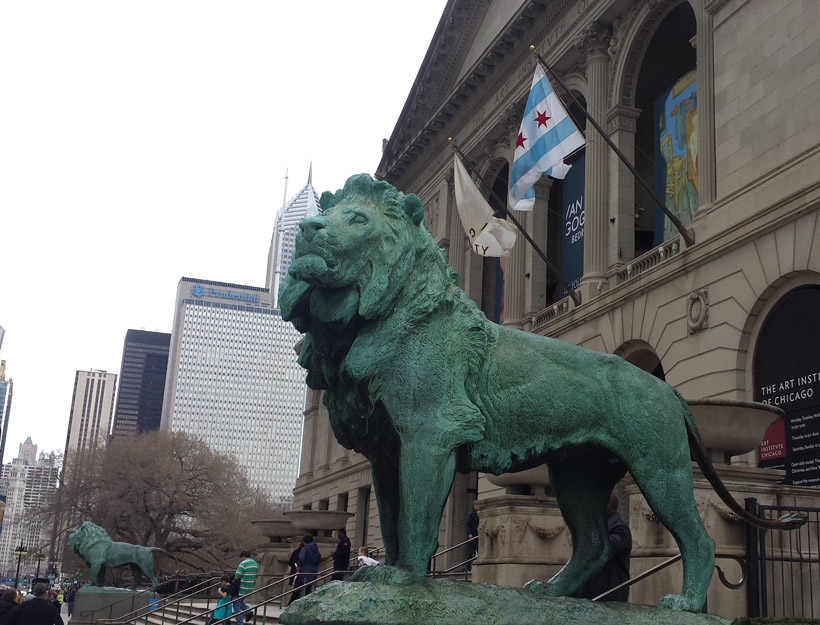 According to the AIC website, “Van Gogh’s Bedrooms featured approximately 36 works by the artist, including paintings, drawings, and illustrated letters, as well as a selection of books and other ephemera known to have been in Van Gogh’s possession. Enhancing the exploration of the artist’s works and his longing for a place of his own are several engaging interactive presentations. A digitally enhanced reconstruction of his bedroom allows viewers the chance to experience his state of mind and the physical reality of the space that so inspired him, while other enriching digital components bring to light significant recent scientific research on the three Bedroom paintings. The result is an innovative yet intimate look at one of the most beloved and often-misunderstood artists of all time.” 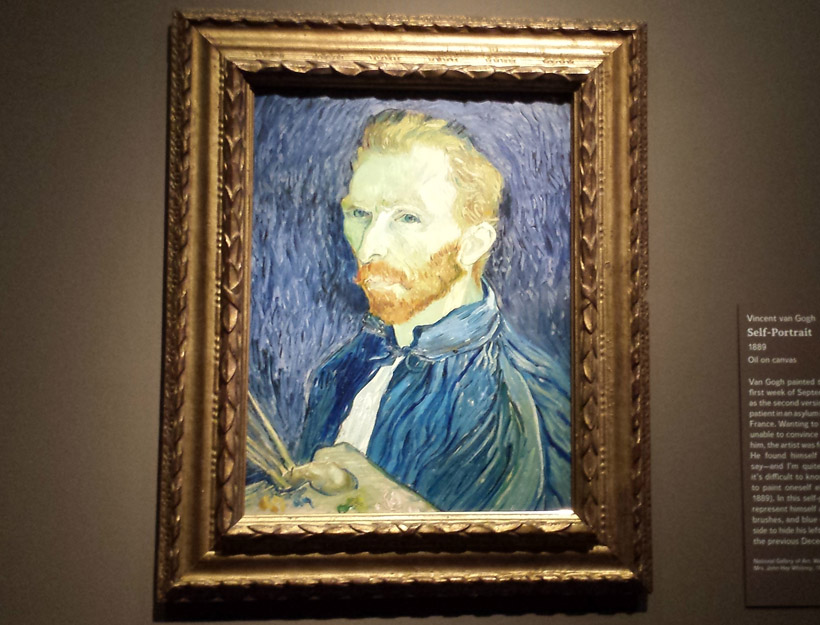 Vincent Van Gogh, Self Portrait, Art Institute of Chicago May 2016

So here was an opportunity to see all three of Van Gogh’s “Bedroom” (where he lived in the “Yellow House” in Arles, France, beginning in 1888) paintings in one place. I had already seen two out of the three versions, one at the Van Gogh museum in Amsterdam, another at Musée d’Orsay in Paris, and now it was time to visit them again. I would be able to complete the trio with this beauty (photo just below) at AIC, which is the second version, from September 1889: 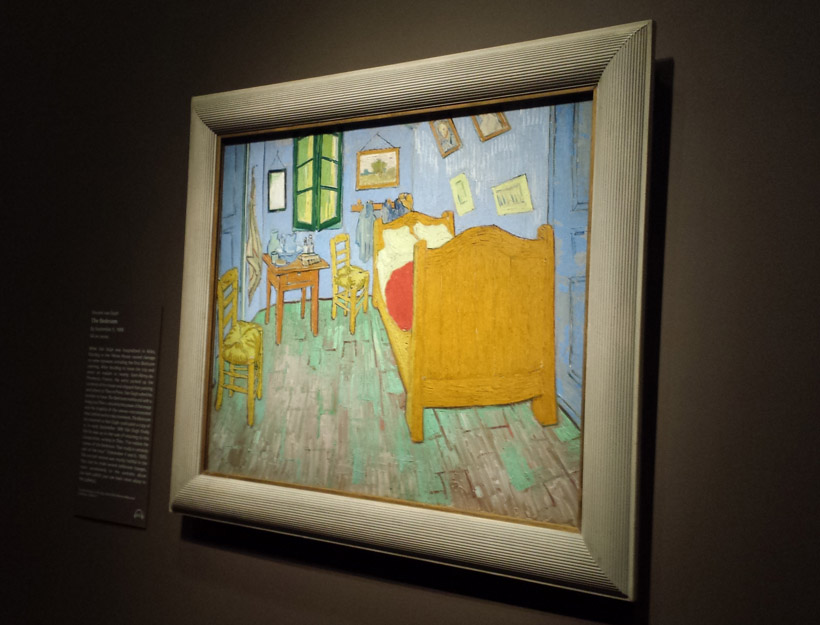 Below is the first painting Van Gogh did while still living in the bedroom in Arles.  The home for this first version from October 1888 is the Van Gogh museum in Amsterdam: 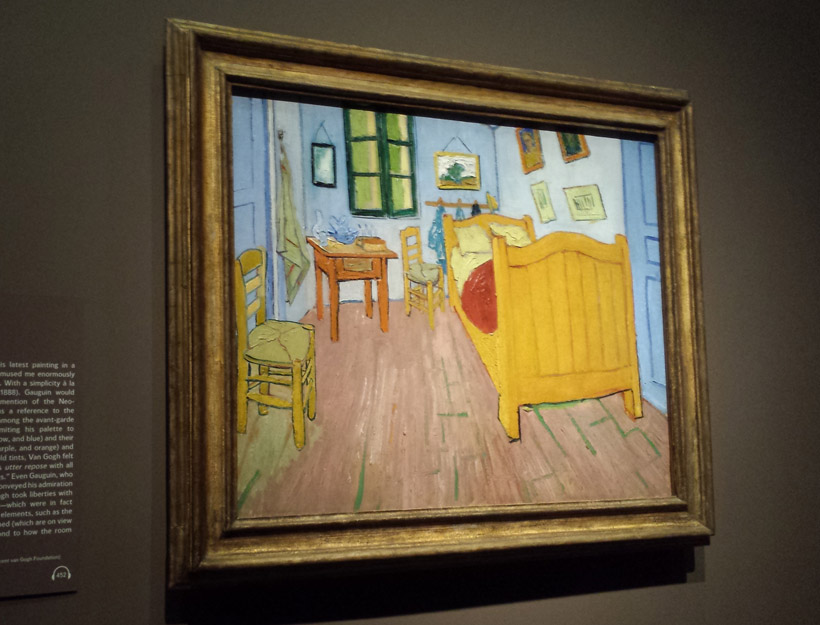 And finally, here is the third version Van Gogh did at the end of September 1889 that is part of the permanent collection at the Musée d’Orsay in Paris, France: 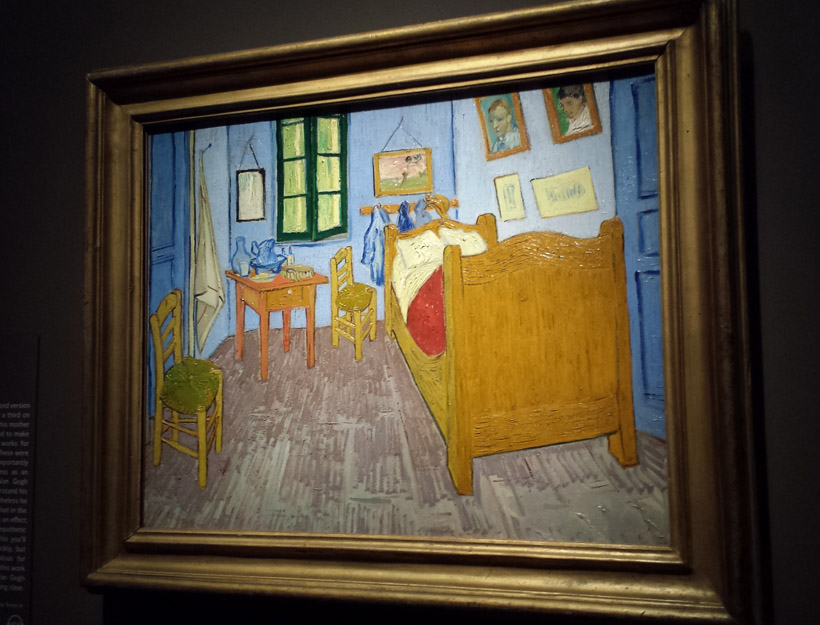 Besides the treat of seeing the three “Bedroom” paintings together in one place, the other gem for me was the discovery of this painting, “Parisian Novels”: 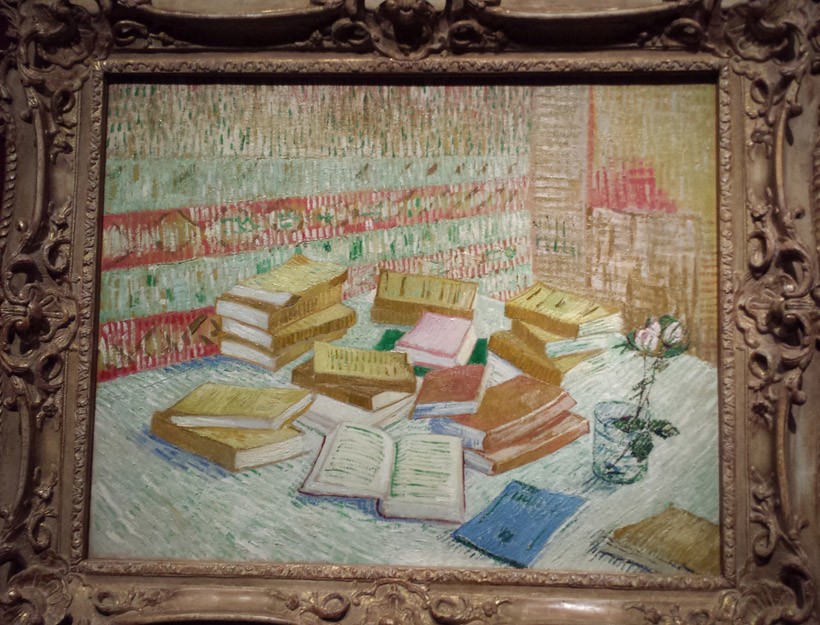 I had never seen this painting before (it’s from a private collection!) and actually wasn’t aware of it’s existence until this exhibit.  Oh yes, I will be researching what novels Van Gogh was reading!

For more flavor on the Chicago exhibit, and many other beautiful works by Van Gogh included, check out the photo gallery below!
*