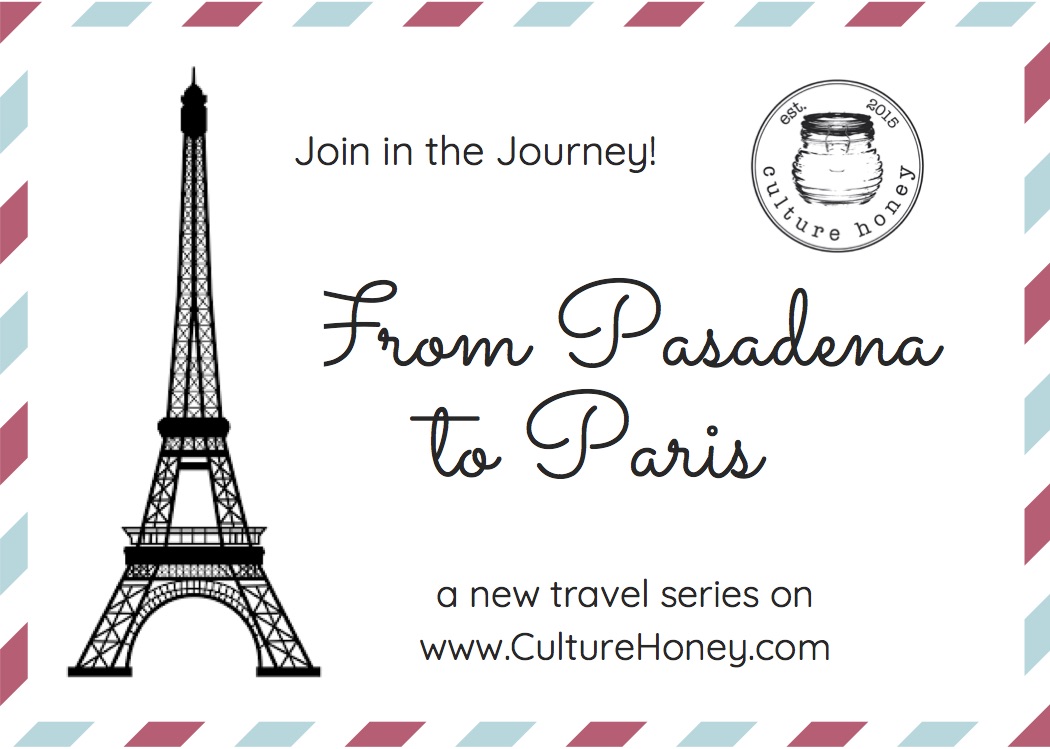 From Pasadena to Paris

For all who love travel and those who love to learn about it, From Pasadena to Paris is a charming new series produced by CultureHoney.com and Culture Honey Touring founder, Georgia Sanders.  Using video vignettes, stills, and written text, From Pasadena to Paris will take followers on a irresistible Parisien journey, showcasing the quintessential places and people of the City of Lights over a span of three-months. Chock-full of compelling, current information on life in Paris, the video series can be found hosted not only on Culture Honey’s YouTube channel, but also here on CultureHoney.com which will also offer accompanying articles full of interesting, practical information.  Also highly recommended is following us on our Facebook and Instagram pages to discover loads of bonus features straight from the heart of Paris! 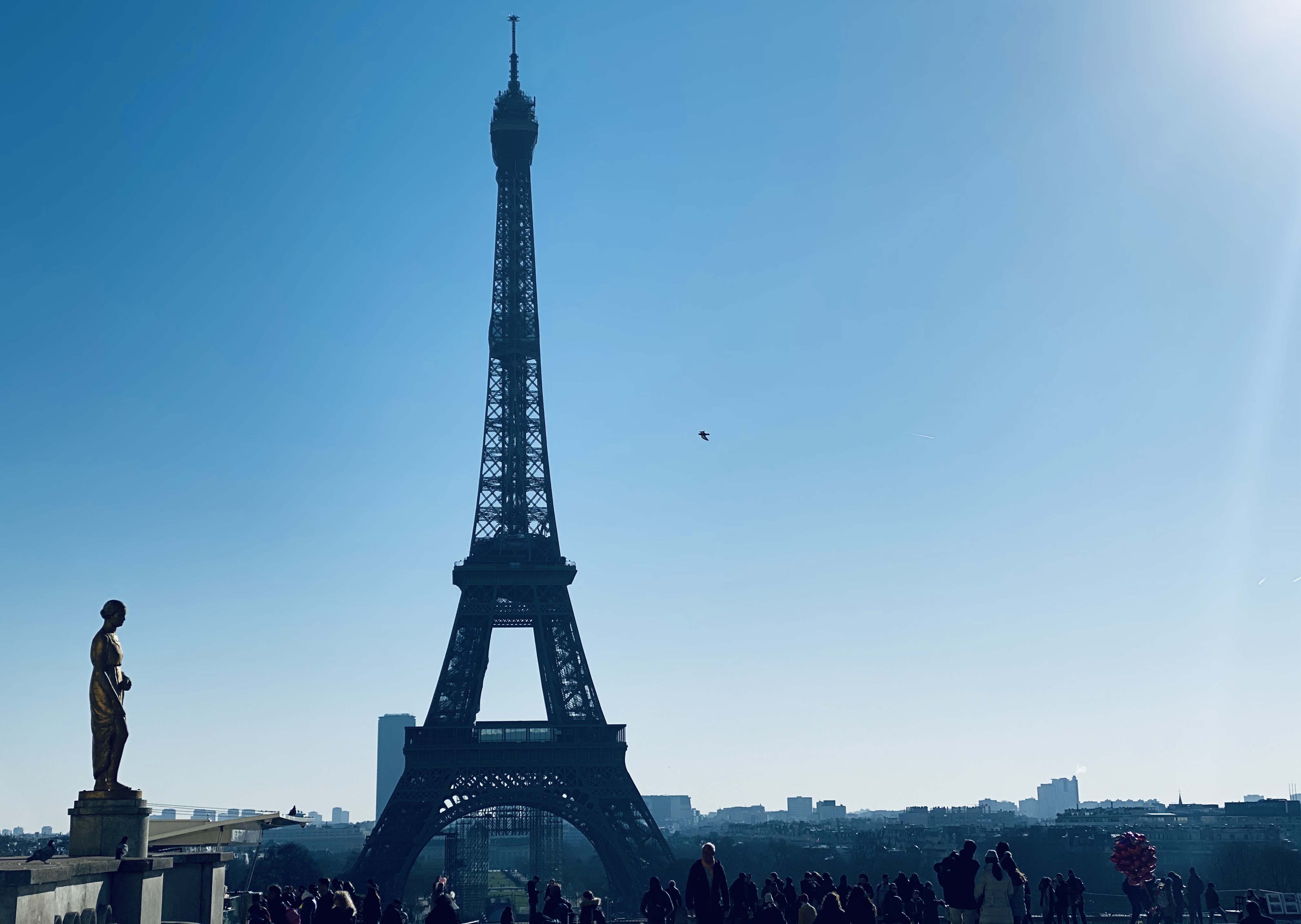 Two Ladies @ The Trocadéro in Paris

For loyal CultureHoney.com readers, you already know that we spent a great deal of time showcasing the City of Lights through our Paris-based writer Aurore Rominger – and this series will only engage us further in the depths of our understanding of the multi-layered city. From Pasadena to Paris will feature snippets of life from across Paris allowing followers to experience the sights and sounds of the city as well as offer insightful interviews with people who live within the boundaries of the famed A86! To kick off this new series, Georgia Sanders has created this brief video introduction – and what better place to begin the series than from the spectacular of the Trocadéro in the 16th?!

The Trocadéro in Paris is one of those places that most people want to visit to take a memorable photo with the world-famous Tour Eiffel in the background. You will see people posing with balloons (for a price), trying to make the monument look small in their hands, and basically doing whatever they can (sometimes even trespassing) to get that once in a lifetime shot.

Although the “Iron Lady” is the main attraction here today, the architecture around the Trocadéro is impressive as well. Between you and the tower sits the beautiful Jardins du Trocadéro, a lovely expanse of grass and fountains where you can relax in the Parisian sun! To the right and left of the Trocadéro can be found sites like the Musée National de la Marine, the Musée de l’homme, and the Musée National des Monuments Français. These museums and more are housed in the Palais de Chaillots which sits across the Trocadéro from the Tour Eiffel. 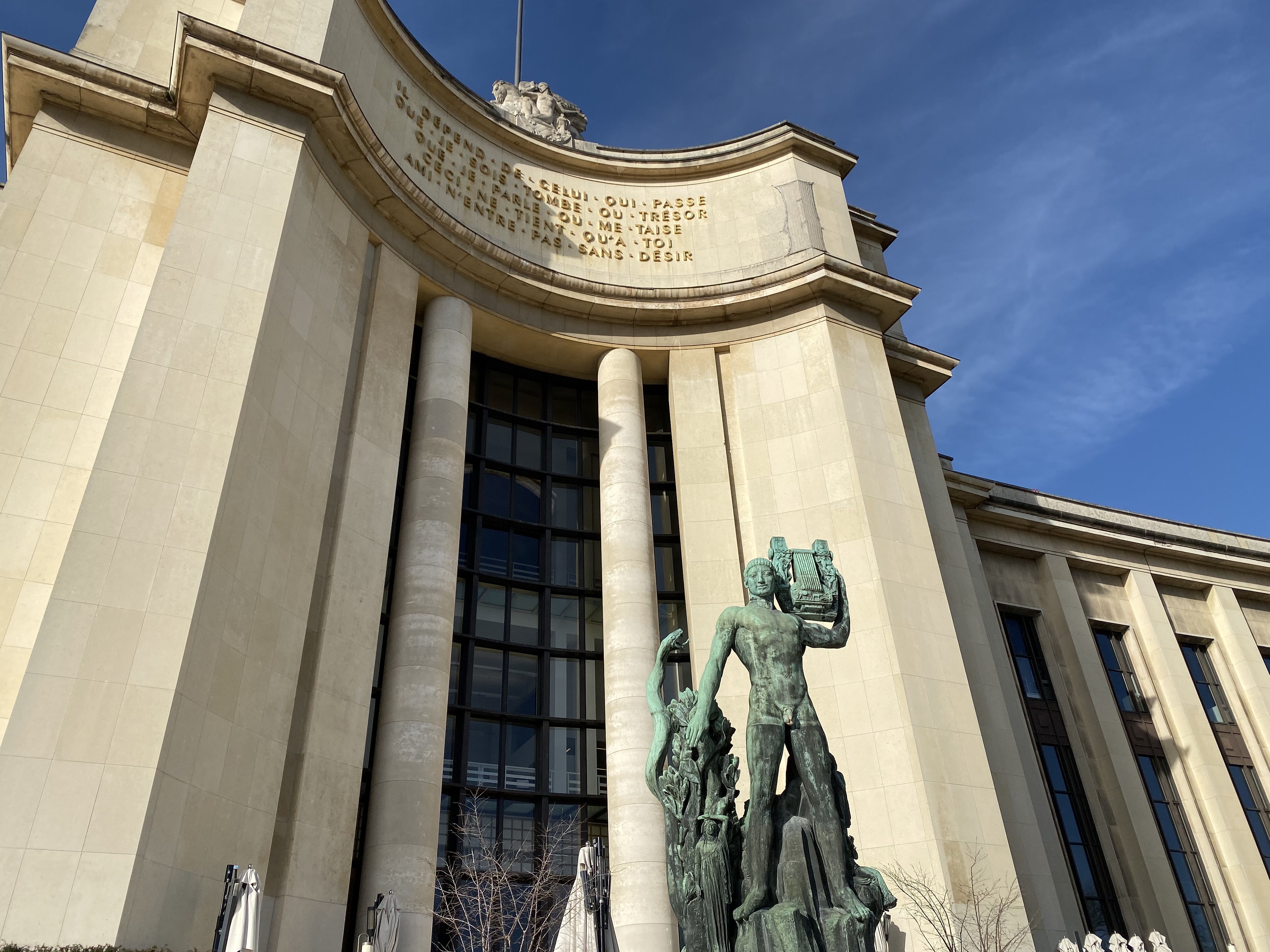 The Palais du Trocadéro was partially destroyed in the late 1800s to ultimately make way for the Palais de Chaillot, created for the “International Exposition of Art and Technology in Modern Life” in 1937.

It was on the front terrace of the palace that Adolf Hitler was famously pictured during a tour of the city in 1940.  With the Eiffel Tower in the background this iconic image of the Second World War is chill-inducing to this day. As a counter-punch to Hiltlers infamous visit, the Palais de Chaillot is where the United Nations General Assembly adopted the Universal Declaration of Human Rights on December 10, 1948. 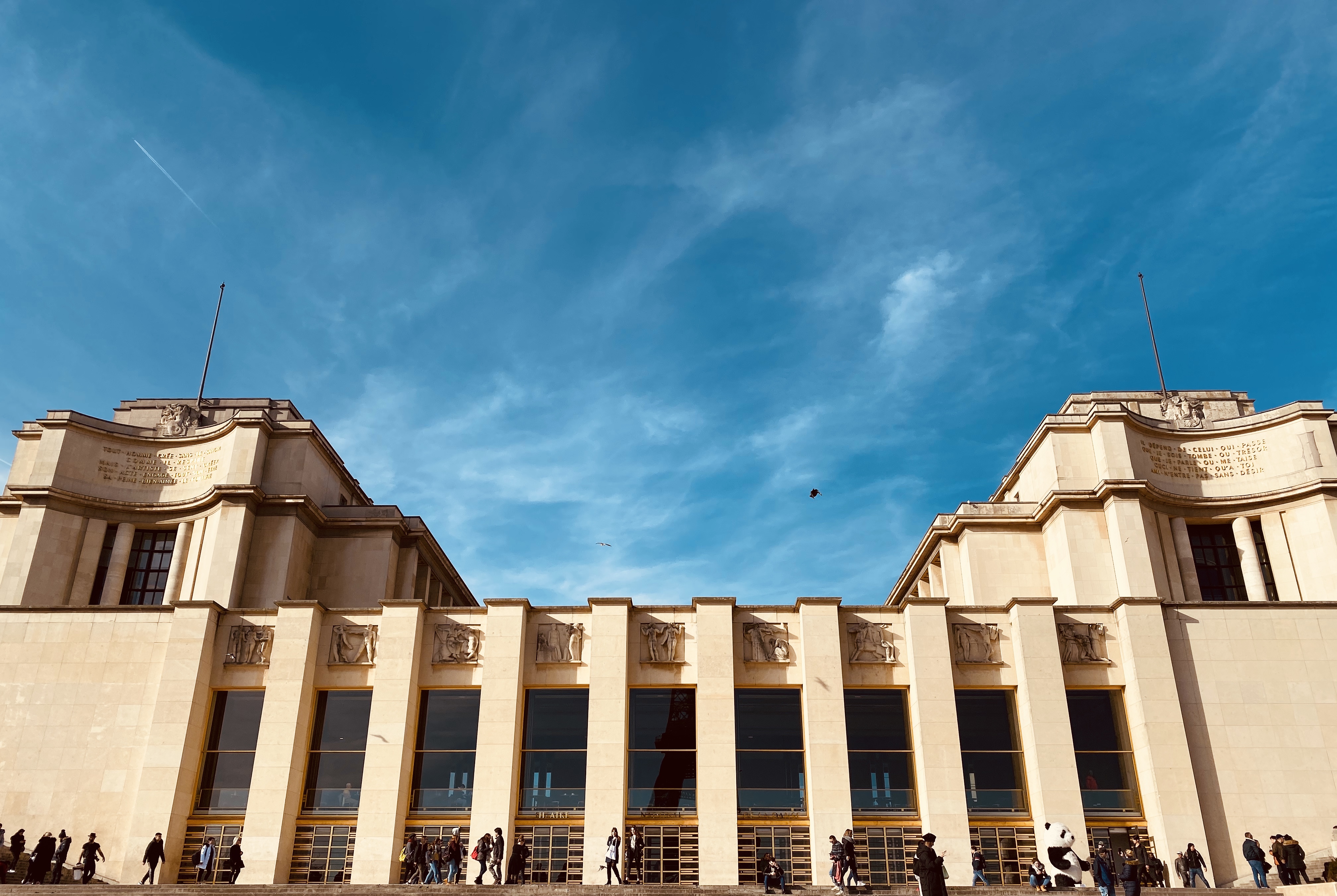 Back to happier thoughts, in the summertime, this whole area will be crowded with hundreds if not thousands of tourists. However, on this cool February day it was very comfortable to get not only these amazing shots of the Trocadéro, but also the footage that we needed to start the #pasadenatoparis video series! 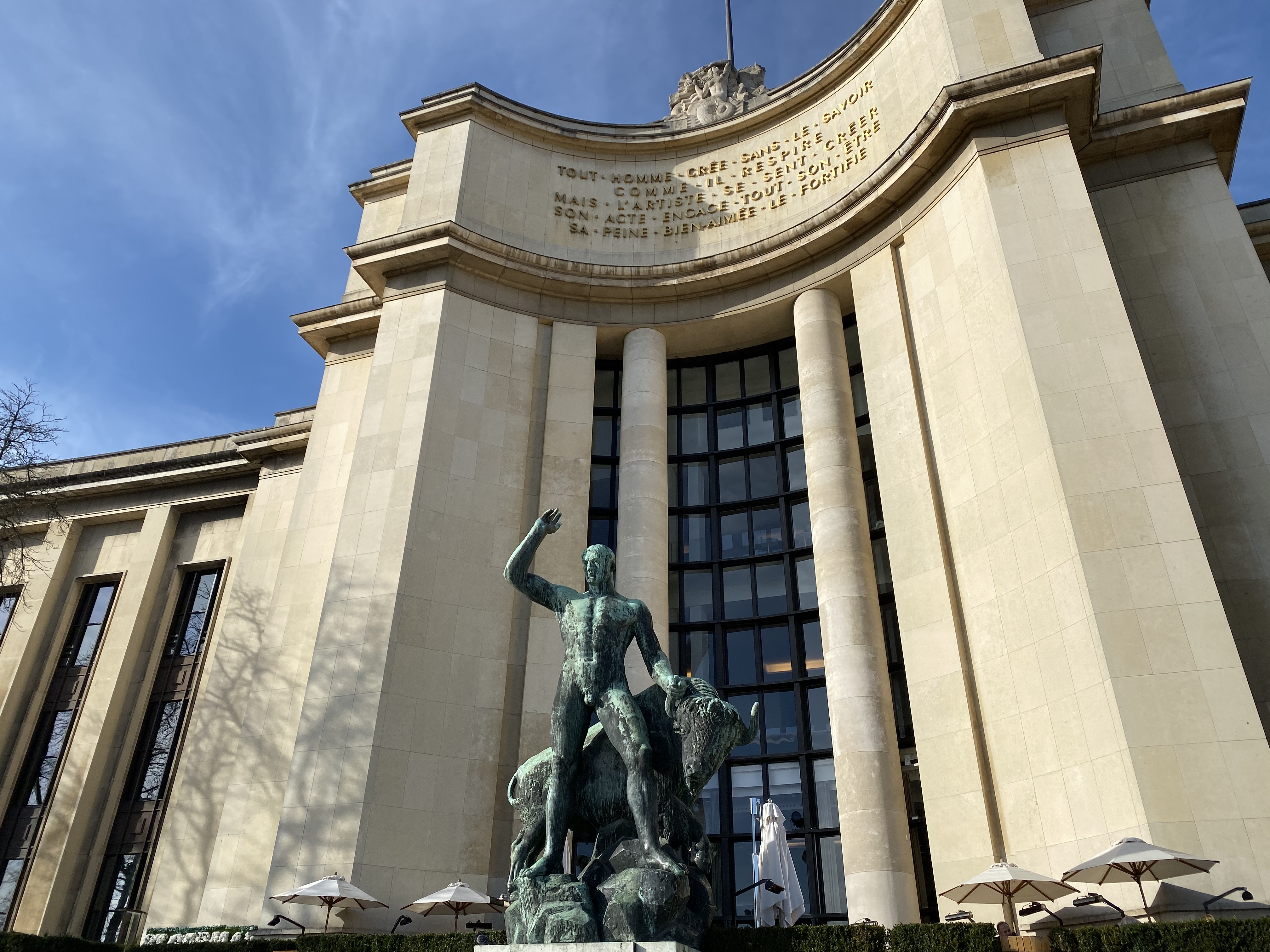 Like we said, it wouldn’t be a trip to the Trocadéro without a classic tourist photo including the Tour Eiffel. At least Georgia Sanders is not trying to force perspective and pick it up!  Sure it was early February when this photo was taken, but all-in-all the day was “sunny and fabulous,” says Georgia. And really, combined with a bit of Parisien gypsy jazz, what more do you need?
* 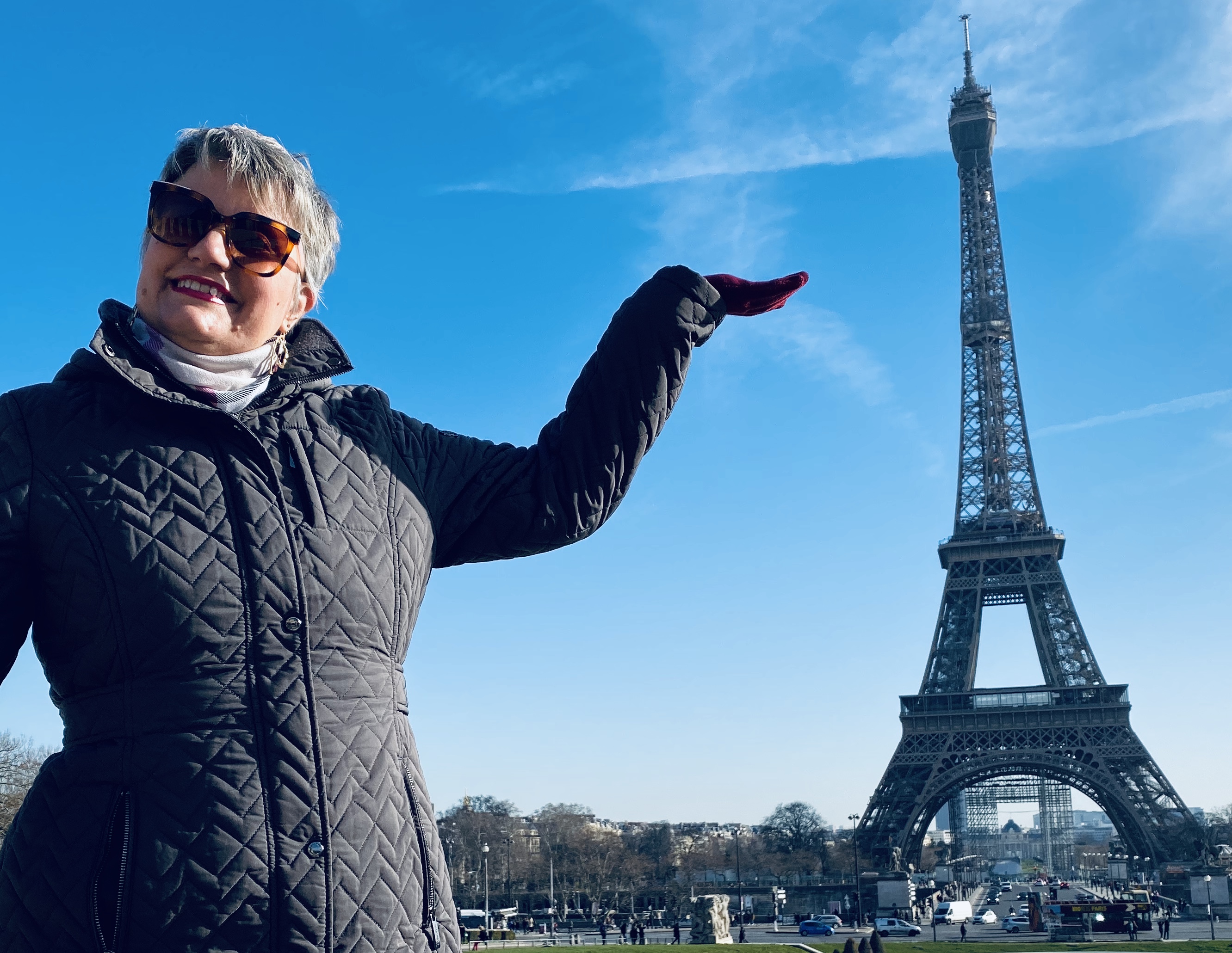