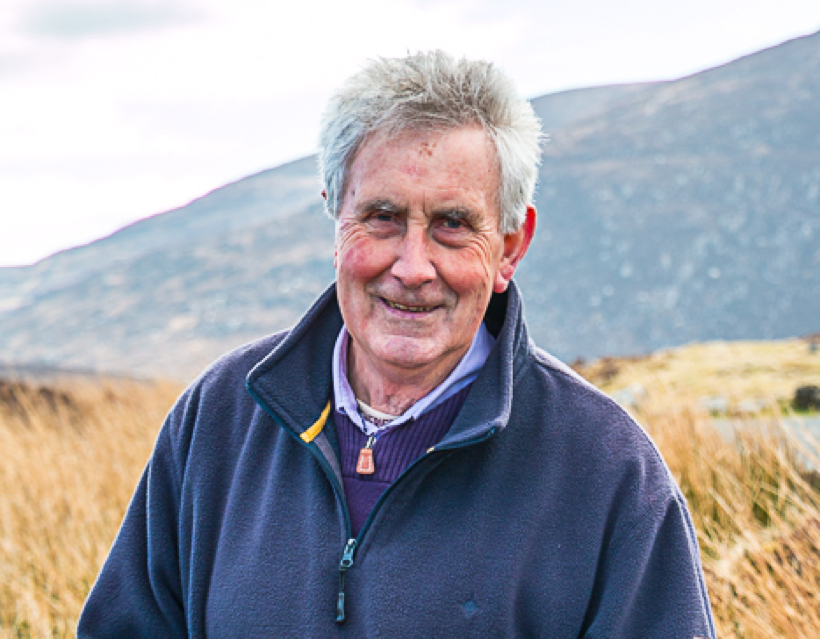 Michael’s journey to Glendalough and the Tearmann Spirituality Centre began many years before he stepped foot onto its soil. In the 1960s, he was ordained and sent to Kenya as a missionary to build up the Diocese of Kitui which was still very new at the time. While there, he quickly realised that his purpose was not a matter of religion, but a matter of development, of improving the quality of life.

“It took me away from just being religious and saying your prayers, and that brings you to God. I think we quickly realised you have to work, you have to be involved with people, you have to help them to improve things.”

For Michael, faith was rooted in life. The biggest need at the time was not religion, it was water. He was not the missionary coming in to save the people from eternal damnation, he was someone who could help with this life. Here. Now. “We could access funds for development,” he tells me: funds to build wells and allow access to clean water. “We were supposed to be servant leaders.”

Michael worked for twenty years in Kenya before coming back to Ireland in 1984. When he did come back, he realised that his homeland was changing. Ireland was a different place and Michael wanted to be a part of that changing landscape.

He realised too that he had grown disillusioned with the institutional side of religion. As a child born in the country, he grew up with the countryside as his playground, as a welcome arena to wander and think and interact with the life around him. Then he went off to do his studies and he found academic Christianity to be too internal, too within one’s own head. He wanted to be connected with the land again, connected with nature.

Still in the years before Glendalough, he began working with clay, building small sculptures and making pottery. One of these sculptures was a small strong man on his knees with his hands tied behind his back. This, Michael realised, was himself. He was dissatisfied with the system which controlled him and wanted to distance himself from it.

The first trip was for six weeks in early 1992, where he came to house-sit for a couple who were visiting relatives in the USA. The next trip was for five months later that year and into the next. He found an apartment which was being renovated and moved in the moment he could. That was 1993.

It was a place of change too. “I kind of felt that if there was going to be a change, and there seemed to be a need for a change, that it would have to come from the ground up”.

Never intending to stay indefinitely, Michael began walking and exploring, the way he did as a child. Every path, over the hills and down to the river. Wherever he could walk, he would walk. And he found a renewed spirit again. “It brought me into a more holistic expression of spirituality.”

“[The journey] is much bigger than me or my church. It takes in everything.”

Michael began renting out the apartments next to him to accommodate those who came to stay. Pretty soon he found he was continually renting all five apartments at the same time.

In 2005, Breda Ahearn came to join him in what was now officially a spirituality centre. Two years ago, Pat Murphy joined the team. Now the trio run the Tearmann Spirituality Centre, taking in pilgrims and travellers who want to explore the beautiful world around them and reflect on their place within it all.

Growing up, Michael was taught Christianity with an emphasis on the negativity of life, on the fact that we are all sinners. It is not an uncommon upbringing within Christianity, but Michael tells me he looks at it differently now. People are good, he tells me. We all have something to offer. “You have to struggle to get over yourself, to leave my desire for comfort and security behind me.” When you do, “then you discover that maybe there is a bigger world that is much more satisfying than my little world and looking after poor old me.”

“Our life is not our own; we’re there to give ourselves to others, whether it’s our own family, our own community, or the world at large.”

The Future of Glendalough

The Glendalough journey is about seeking to understand and accept. “Don’t make judgements too quickly and don’t discriminate against people,” Michael says. We all have something to offer.

It is a journey which did not begin with Michael, nor will it end with him. For almost a thousand years, pilgrims have been coming to Glendalough, ever since the time of St. Kevin. Monastic communities have lived within the valley at different times throughout its history, as evidenced by the ruins. The first humans were thought to have entered the valley around 7000 years ago. It is one of the most important and visited sites of monastic ruins in Ireland.