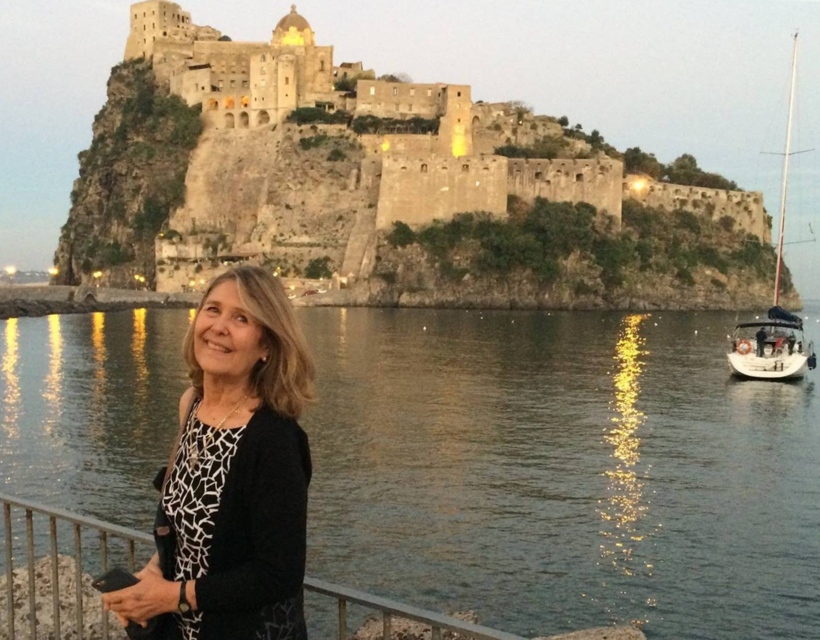 The setting: a sandy beach in Portofino, Italy. The characters: Culture Honey’s own Aurore Rominger and an unnamed Canadian photographer. The scene: a serendipitous encounter which led Aurore further from the place of her birth, further from what she knew, and deeper into the next stage of life’s adventure.

Officially a student of psychology and psychophysiology, Aurore has always had a passion for photography and the capturing of life’s moments. Ever since the age of three, she’s been practicing and honing her craft. Her knowledge of the darkroom would put any new Instagram photographer to shame!

Born and raised in California, Aurore describes her roots as not towards a location, but to nature, to freedom. She is the first to point out the paradox in this, for how can roots exist in something un-rootable?

But they do. These roots are a precursor to her traveling lifestyle. Her hunger for life and understanding began while still in California. As a professional, Aurore would open her house to dignitaries and higher-ups from South America who came to California and wished not to stay in a hotel. She would use these opportunities to learn about a life unlike her own.

Always wanting to learn more, to experience more, she said goodbye to the sunny streets of California in 1997 and moved to the even sunnier streets of Hawaii. Here she continued to develop her craft as a photographer, looking through the lens and using her creativity to find the best ways to capture the beauty around her.

When Aurore was younger, she decided that she wanted to learn Spanish, French, and German; and while she loved it in Hawaii (and who wouldn’t?), the best place to learn these languages would be in Europe. So, after a few years in Hawaii, she bid adieu to the US of A and moved to Spain, near Barcelona. Initially wanting to cram in as much experience as she could, she decided she would live two years in each country to learn the language before moving and learning the next.

Aurore quickly understood that if she wanted to speak the way she normally spoke – fluently – it would take longer than two years in each place. But this creative spirit was already on her way, so she decided once again to let life take over and direct her steps. She describes herself as seeking the centremost path running down the river, but always finding herself along the edge, in the rough, or in the waves. That, after all, is usually the artist’s journey.

Let us now return to our Italian beach and the scene with our unnamed photographer. While in Spain, she traveled as much as possible to see what she could see. On this particular excursion, she was in the middle of a shoot on the Italian beach when she overheard the Canadian talking about a certain photography program in Paris at the Spèos Photography School.  Interesting, she thought.

After eight years living in Spain, Aurore found herself settling in a ‘petit joli appartement a Paris’, improving her photography even more and working on the second of her trio of languages she had sought to learn all those years ago.

“Language is so extremely definitive in whoever anybody is,” she tells me as we discuss her desire to learn, to experience life. Language is integrated into a person’s culture and background. To learn of a people without learning their language is to never fully know the people.  So Aurore got busy learning French, and now seven years on she is still learning and still loving. She has no plans to return to the United States, nor any to move out of Paris.

“But what about Germany?” I ask, remembering her childhood plan to learning Spanish, French, and German. She’s not sure. Plans change, and now she’s studying Italian at the Italian Embassy in Paris. After Italian, then Portuguese. After Portuguese, then maybe German. Who knows what the future holds. Who knows where the river will take her.

All this time, throughout her travels and throughout her learning, she is producing and improving upon her photography. “There is never a moment when I don’t try to do better photographs,” she tells me. It’s part of having a craft. You never stop seeking to improve. Improvement is “always and forever and nonstop.”

So far the tumultuous river has taken her across countries and continents, viewing, capturing, and creating life through the lens of her camera. But what’s next?

Paris is a beautiful place and her photography is moving and developing. Aurore is currently on course to launch her new venture, iPropose.fr.  Focusing on capturing and sharing life, iPropose.fr turns the lens (pun intended) towards the luxury travel industry. She specialises in capturing snapshots of life and plans to direct her specialism towards this industry.

As with many who seek to capture life, Aurore seems to have found it. While it is not necessarily an attainable object, it is a perceivable experience, and it looks as though Aurore Rominger might just have managed to find it.

Looking back on her life, it is clear to see a grand journey having taken (and still taking) place. Her philosophy, her mantra, she tells me as our discussion draws to a close, is to be motivated by going towards something, not by going away from something. She wishes to seek what she is called towards, not run away from what she wishes not to be. Check out more of her work every month right here on CultureHoney.com and also  at www.aurorerominger.com!
*