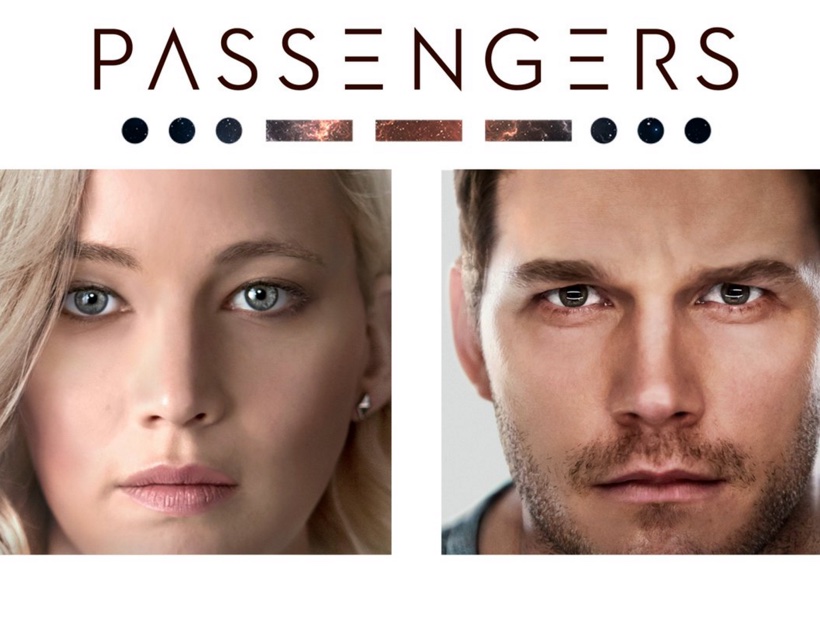 What would you do if the entire course of your life was suddenly and irreversibly altered? That is the case for Jim and Aurora when their hibernation pods open ninety years too soon. With no way to go back to sleep and any attempts at requesting help taking dozens of years to even reach Earth, the two find themselves wondering how they can move forward knowing nothing will ever change.

This scifi drama, while set in outer space, is ultimately not about science and technology at all, but rather about the relationship between our two main characters. We see the primal need for human companionship, the importance of trust and the power of the bonds people form with each other. Passengers strips away all the busyness and noise from our lives and asks, at our core, what are we truly living for? 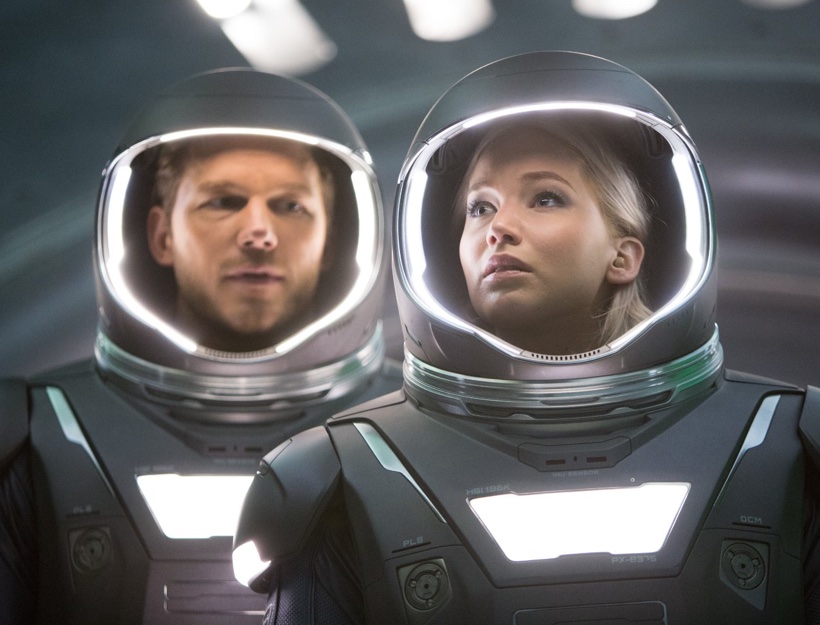 What Makes Passengers So Good

Before I went to see Passengers, I glanced at its rating on Rotten Tomatoes. The critics’ score was only 31%, while 67% of the audience liked it. Usually with scores like this, the movie is going to be entertaining though not particularly innovative. I was fine with that. I went into the theater with no particular expectations, and was pleasantly surprised when I found myself so taken with the film.

First, I should mention the sets and special effects. Since the entire movie consists mainly of Jennifer Lawrence and Chris Pratt as the sole actors on screen, most of the time you’re watching a single character within a room on the Avalon, the spaceship they are  trapped on. The sets are beautiful, sleek and pristine. There’s never a time where you look at what’s happening and think, “They went with CGI in that scene and it shows,” Everything that happens in the film feels realistic, even parts that clearly have to be CGI, such as the pool’s water floating in zero gravity. While many sci-fi films don’t age well because of their special effects, I don’t believe this will be the case with Passengers. 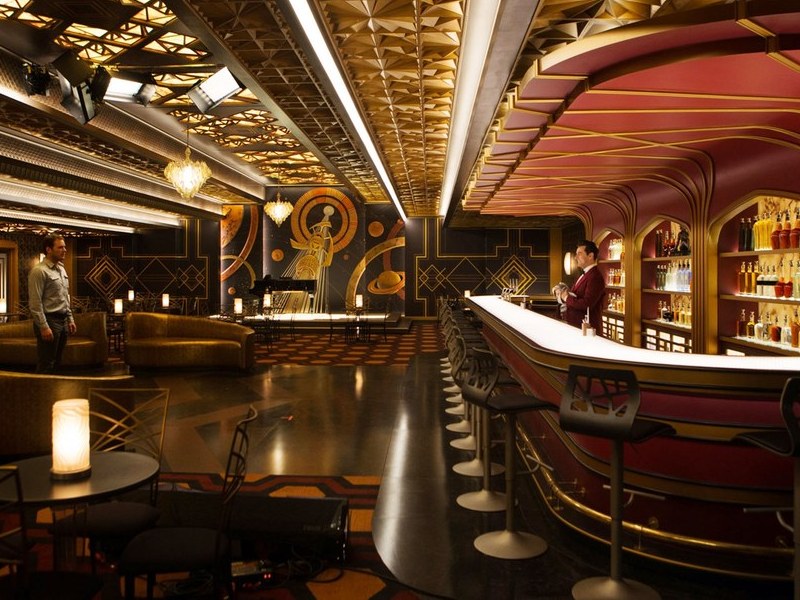 Another fun element – the reason for this space voyage is commercial rather than survival based. In most sci-fi flicks, the reason for leaving Earth is because our planet is on the verge of destruction and humans must reestablish themselves elsewhere in the galaxy. In this movie, Earth is doing just fine, it’s just overcrowded and expensive. The company that owns the planet Homestead II pays passengers to move there then takes 20% of the income from whatever the established colony makes. This commercial focus to the flight leads to several entertaining moments, such as the differences in Jim’s and Aurora’s breakfasts given that she’s a Gold Passenger while he’s merely a passenger, and the general uselessness of customer service on the Avalon. 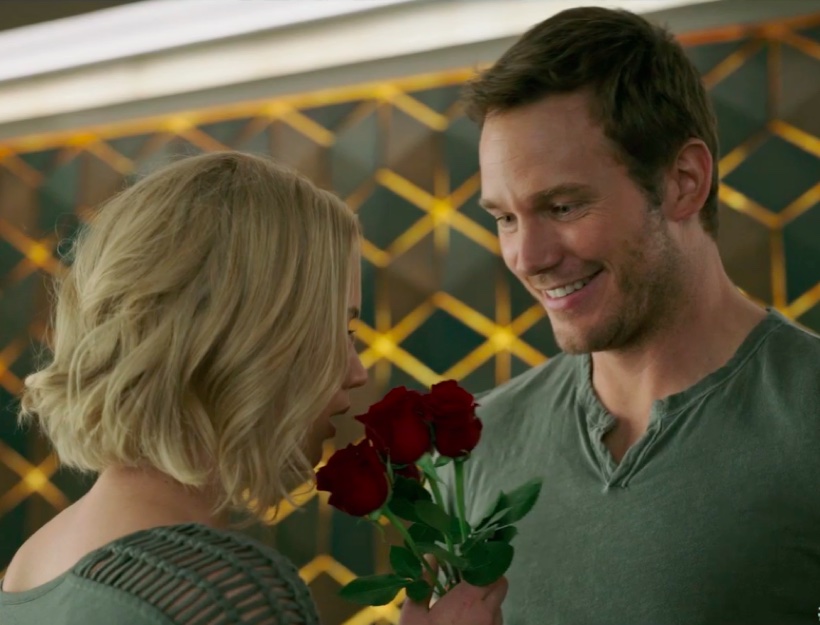 What really makes Passengers so good though is the interactions between Jim and Aurora. When I saw the trailers, I was a bit worried that the story would only be focused on how intensely they love each other and turn into a mushy mess. We see a huge range of emotions from Jim and Aurora though, from confusion to desperation to joy to hatred. The story is not simply about who they are as a couple, but is equally descriptive toward who each of them is on their own.

Aurora’s backstory is particularly well-developed and fascinating. The daughter of a famous writer, Aurora had felt pressure all her life to do something great. Her plan to go through the 120 year hibernation twice to travel from Homestead II back to Earth over 200 years in the future was brilliant. Now that her exploits will instead be limited to the interior of the Avalon for the rest of her life, what greatness can she achieve here? 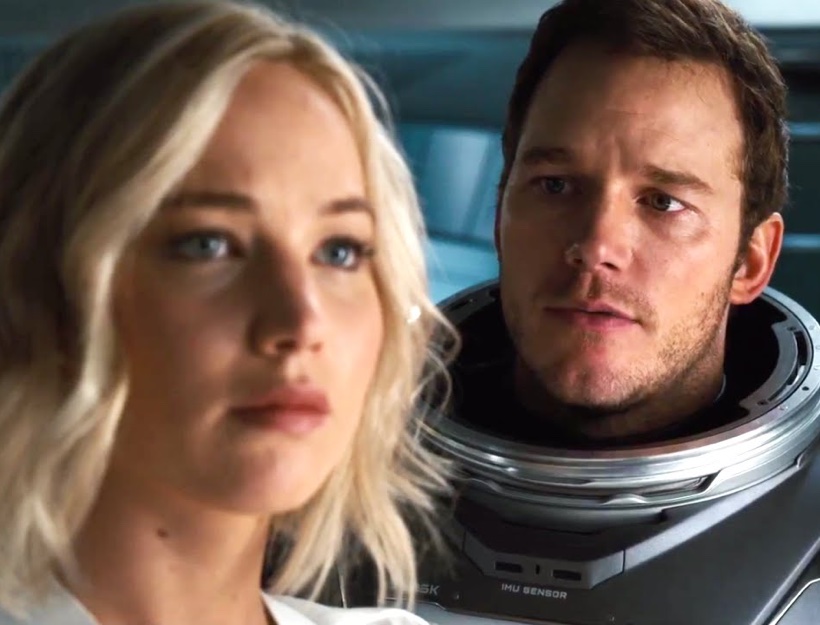 The couple is a great mix of opposites. Aurora wants to achieve the remarkable in her life while Jim planned to move to Homestead II for a simpler, quieter life. Jim is an optimist when it comes to human nature, while Aurora is a stone-cold realist. They’re the sort of couple that wouldn’t have even met under normal circumstances, being from completely different social circles and walks of life, but they form a bond which shows they’re not together simply out of necessity, but because they’ve come to care deeply for one another. They avoid the sickening codependence of many movie couples while still desperately needing each other. 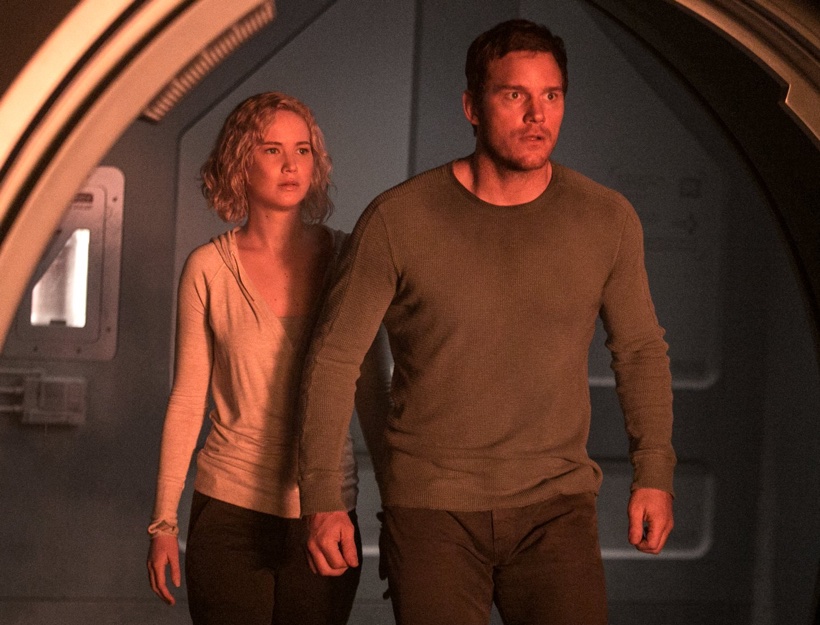 As the final credits rolled, my sister, father and I turned to each other and all said the same thing: “That was a really good movie,” There were moments when we laughed out loud, a good twenty minutes where my sister and I gripped each other’s hands in suspense and an ending that brought my dad to tears. This is the sort of movie that you not only see in the theater, but go to see again when it comes to the cheap movie theater then buy it once it’s out on DVD. It’s a story with several layers to it because it asks such an essential question: What do you live for? I hope that in watching it, you too will find an enjoyable and thought-provoking journey.
*