The PCS (Paris Choral Society) graciously allowed me to roam about and experience its practises, dress rehearsals and to attend two concerts all held at the American Cathedral in Paris. The basic PCS concert season comprises three major choral works performed in autumn, winter and spring. Additionally, the distinguished and celebrated Messiah Sing-Along completes the repertoire sung in a season.

Should you visit Paris at any of these opportune times, it is simple to purchase a ticket on its website (noted in the link at the end). 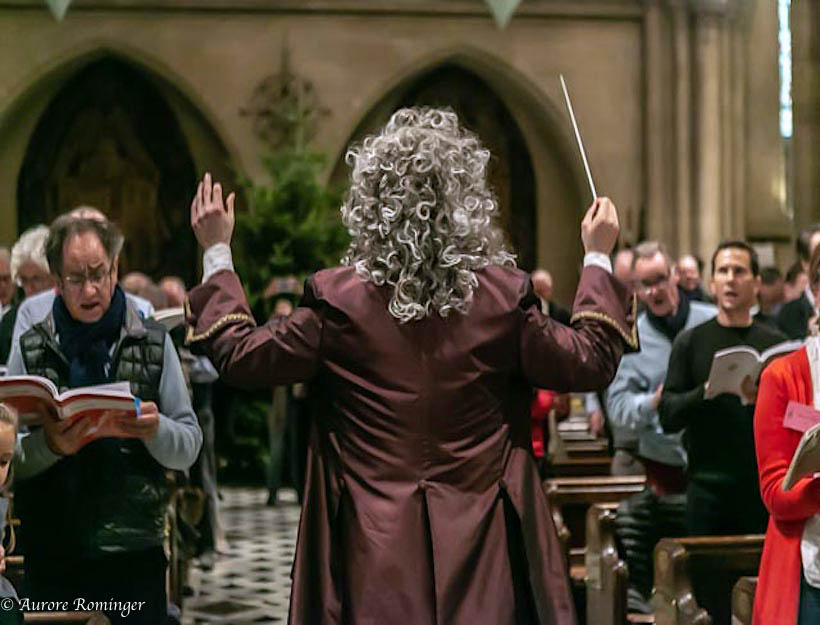 As I have been intending to learn more about music, the Paris Choral Society surprised and delighted my curiosity. I learned somewhat of the complexities of singing here. I encourage you to satisfy your curiosity. I was absorbed in respect for the intention, focus and physicality of voice performance. Each note exhaled by the PCS contributed to my profound appreciation for these members who devote hours and intense processes to practises. All members of the Paris Choral Society are volunteers, yet perform as professionals. The organist, choir conductor and participating soloists are committed professionals. 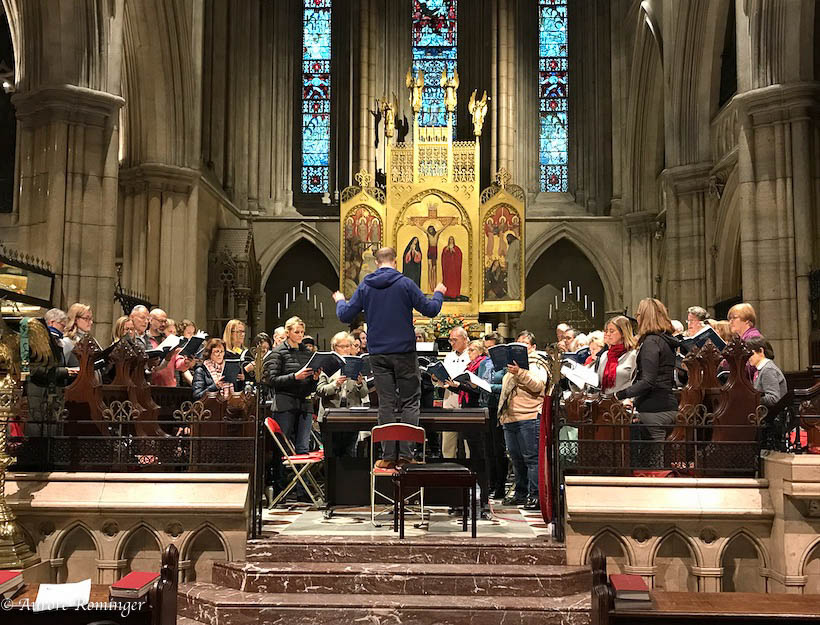 This autumn in November, “In Memoriam” was a concert honouring the 100th anniversary of WWI. It offered Requiem, an act of remembrance or mass for the dead, known in Latin as “missa defunctorum”. The concert included such pieces as Requiem by Wolfgang Amadeus Mozart; Litanies Requiem by Jehan Alain; Wie liegt die Stadt so wüst by Rodolphe Mauersberger and Toward the Unknown Region by Ralph Vaughn Williams. Featured soloists included soprano Cécile Van Wetter, mezzo-soprano Louise Callinan, tenor Simon Edwards, and Bass Florent Mbia. The Orchestra included  the likes of Atelier Ostinato and organist Andrew Dewar. These recognizable talents are specifically identified for those readers who may have experienced or may recognise their performances. 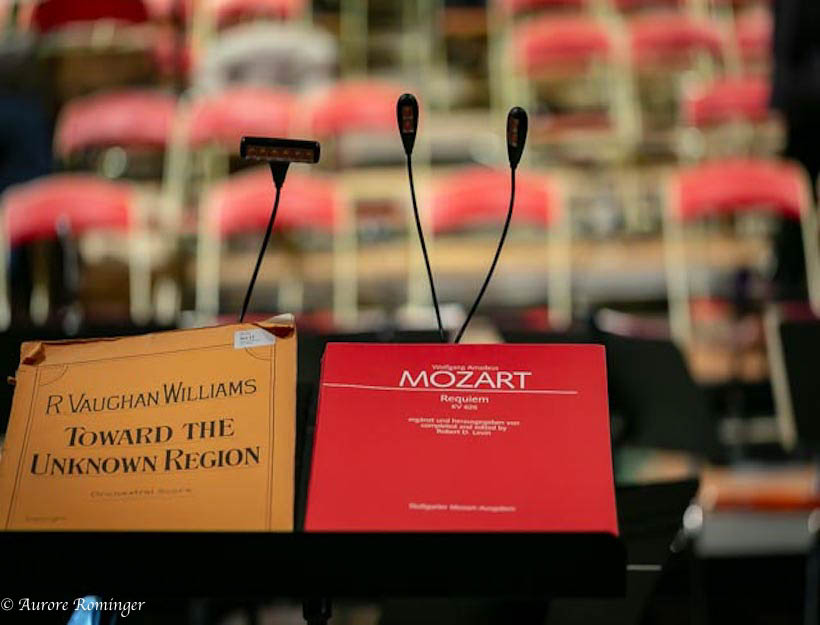 Paris Choral Society, In Memoriam, ‘Tools of the trade’ 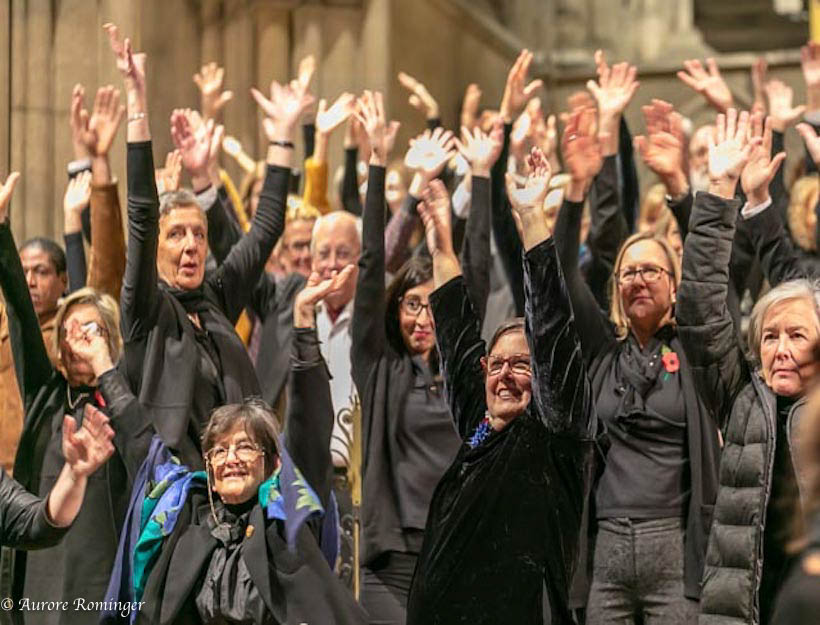 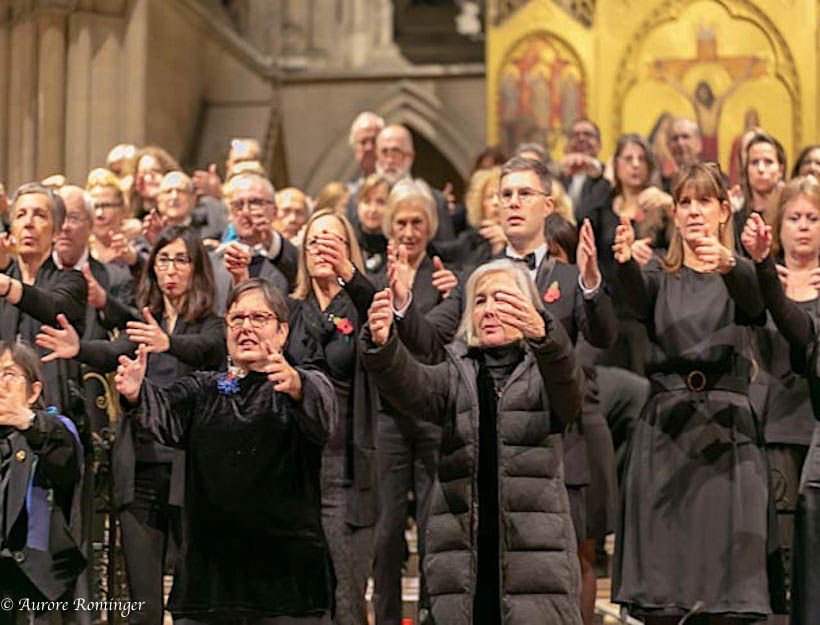 Warmup, prior to voice harmonies. 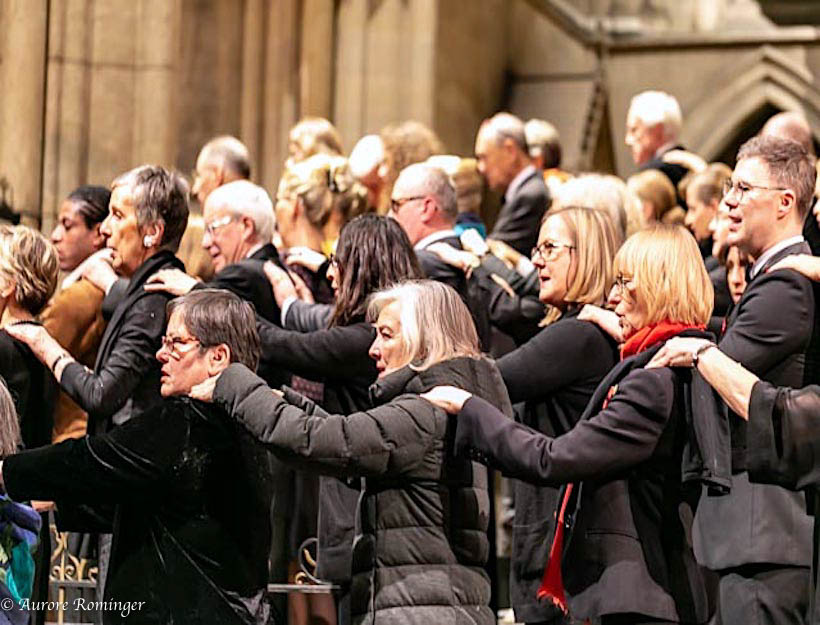 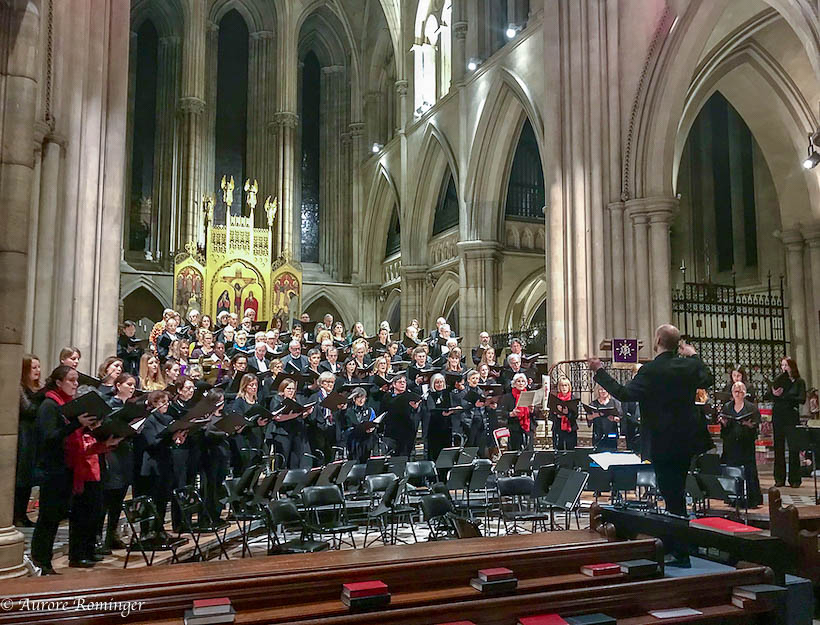 The concert was an inspiring performance. However, the PCS in its concert home at the American Cathédral on avenue George V in Paris is best known for its pre-Christmas Sing-Along of Handel’s Messiah in all its majesty. An especially excellent moment is the rousing and exuberant rendition of the Hallelujah Chorus. 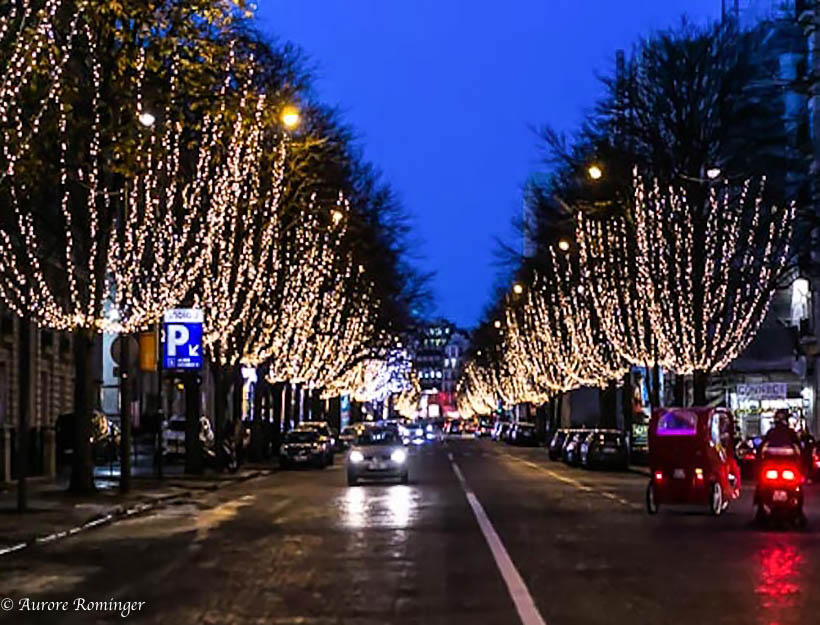 I witnessed the enthusiastic participants queue to enter the Cathedral and join the members of the PCS and professional soloists in singing Handel’s Messiah. My curiosity for Handel began in the 80s when a colleague in Sacramento joined a choir for a Messiah sing-along, yet I never took the opportunity to explore this curiosity. It is brilliant how one’s heartfelt interest lingers, then in some fashion remains to reappear! Typically, it reemerges at even better times and places! Or perhaps it simply reflects the magic of Christmas? 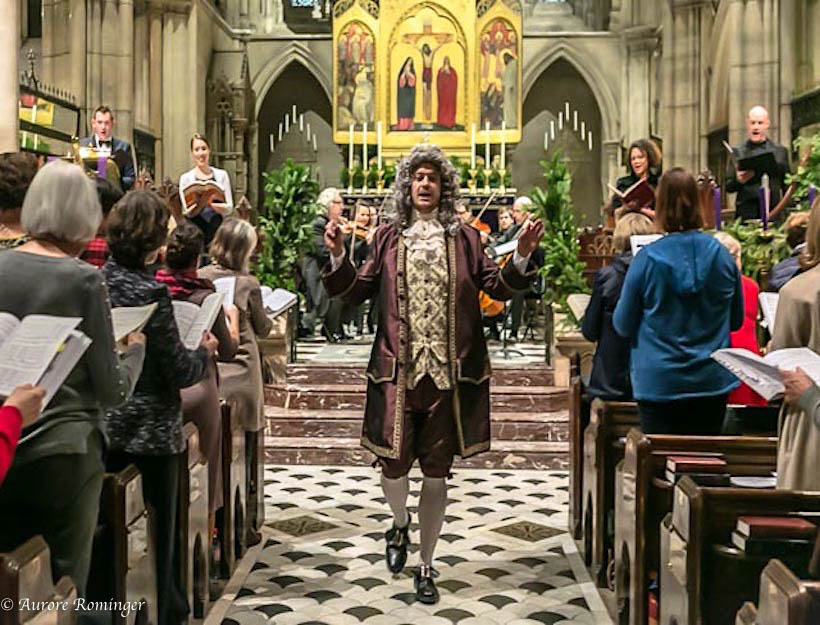 The Paris Choral Society originated in 1994 at the American Cathedral in Paris when the former music director (now in Los Angeles) Edward J. Tipton was convinced to lead a passionate group of non-professional singers toward the adventure of performance in music and voice. Now at more than 100 members, it performs Requiems of Mozart, Faure, Verdi and Brahms and Masses by Beethoven, Mozart, Haydn, Dvorak, Puccini and Rossini. In addition, it performs  Orff’s Carmina Burana, Bernstein’s Chichester Psalms, Mendelssohn’s Elijah, Britten’s Ceremony of Carols, and for the centenary of the composer’s birth offered a special concert of the complete choral works of Maurice Duruflé. Last but not least of course, the holiday sing-along of Handel’s Messiah. 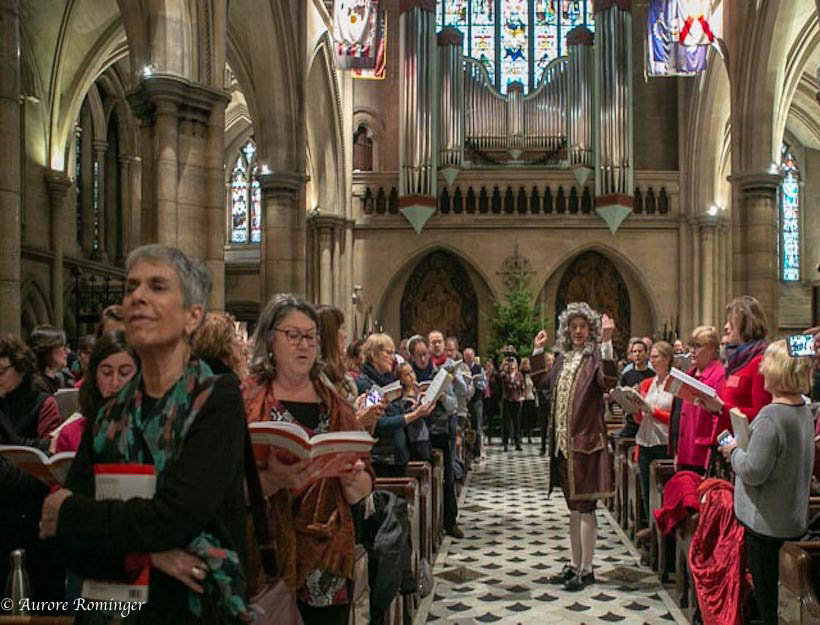 Messiah, originally an Easter offering, energised the stage of Musick Hall in Dublin on April 13, 1742. Now Messiah is securely aligned with the Christmas season. Messiah is an English-language oratorio composed in 1741 by George Frideric Handel. The scriptural text by Charles Jennens comes from the King James Bible and the Coverdale Psalter, the version of the Psalms included with the Book of Common Prayer.

Laurence Cummings, director of the London Handel Orchestra, notes in Messiah, “The chorus propels the work forward with great emotional impact and uplifting messages, whereas in most of Handel’s oratorios, the soloists dominate and the choir sings only brief choruses.” 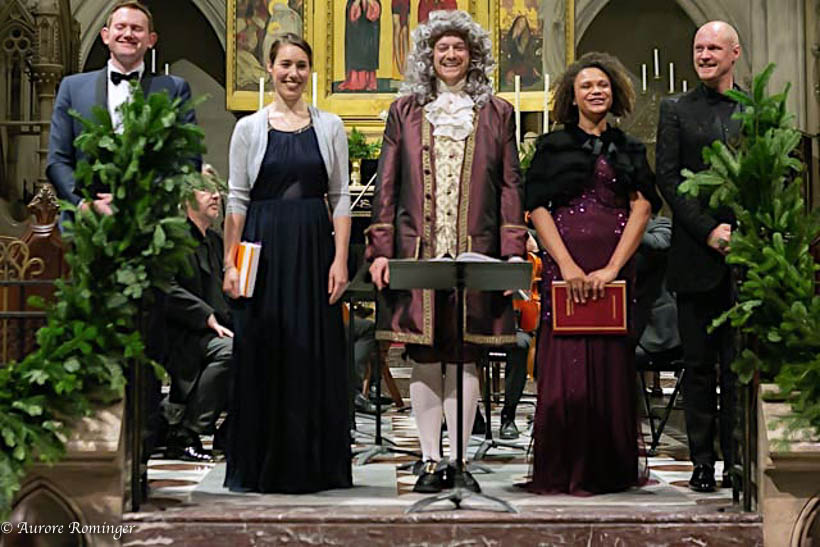 German-born Georg Frederic Händel is regarded as one of the greatest composers of the Baroque era. Handel received important training in Halle-upon-Saale and worked as a composer in Hamburg and Italy before settling in London in 1710 or 1712. He became a naturalised British subject in 1727.

Handel, within fifteen years of his residence in London, started three commercial opera companies to supply the English nobility with Italian opera. Musicologist Winton Dean notes that his operas demonstrate that, “Handel was not only a great composer; he was a dramatic genius of the first order.” 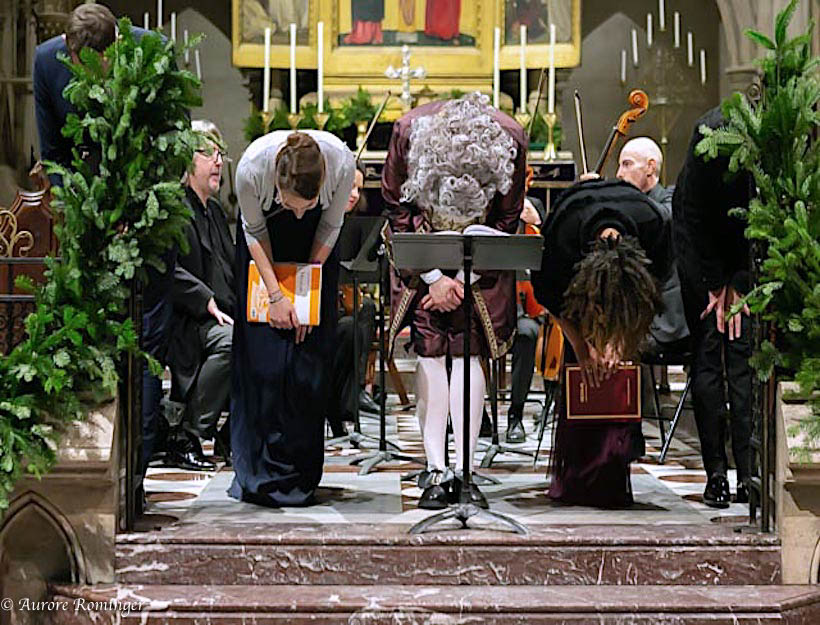 According to the must-read Smithsonian article, he “added zest to the London music scene where rivalries split the audience into two musical camps.” One – the defenders of conventional Italian opera style who idolized and brought the composer Giovanni Bononcini (1670-1747) to London. The other – enthusiasts of Handel’s new Italian operas. The partisanship was captured in a 1725 verse by poet John Byrom:

“Some say compared to Bononcini,
That Mynheer Handel’s but a Ninny;
Others aver, that he to Handel
Is scarcely fit to hold a Candle.”

After Handel’s success with Messiah (1742) he never again composed an Italian opera. Nearly blind and having lived in England for fifty years, he died in 1759: a respected and rich man with a funeral of full state honours. He was buried in Westminster Abbey in London. 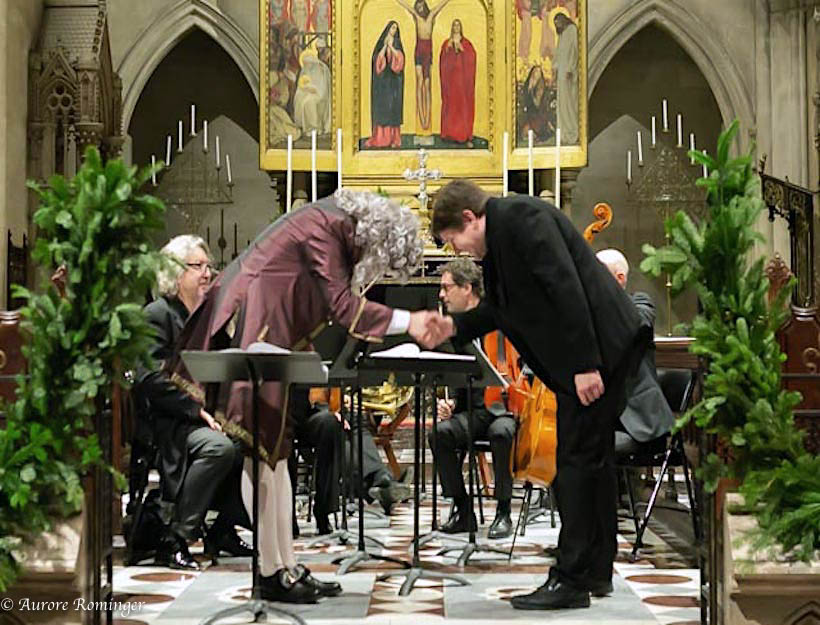 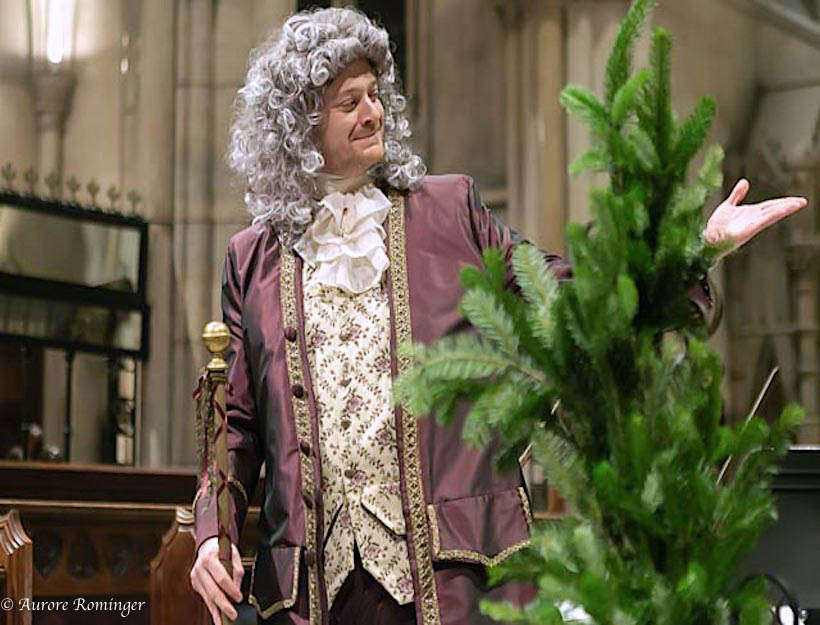 Handel, who grew increasingly obese over the years, certainly had an intimidating physique. “He paid more attention to [food] than is becoming to any man,” wrote Handel’s earliest biographer, John Mainwaring, in 1760.

“He may have been mean with food, but not with money,” says Keates. Jonathan Keates, author of Handel: The Man and His Music. Handel amassed a fortune through his music and brilliant investing in London’s burgeoning stock market. He donated munificently to orphans, retired musicians and the ill, including donating his portion of Messiah debut proceeds to a debtors’ prison and hospital in Dublin.

A sense of humanity imbues his music as well. Conductors who have compared Handel with Bach note that where Bach’s oratorios exalted God, Handel was more concerned with the feelings of mortals. “Even when the subject of his work is religious, Handel is writing about the human response to the divine,” says conductor Bicket. Nowhere is this more apparent than in Messiah.

“The feelings of joy you get from the Hallelujah choruses are second to none,” says conductor Cummings. “And how can anybody resist the Amen chorus at the end? It will always lift your spirits if you are feeling down.”

Be well, eat well, live well and share! It is worth six minutes time; listen again!

From Paris… Joy to the world during this holiday season!

Paris Choral Society members and friends gathered flashmob-style at the Beaugrenelle Shopping Mall on 16 Nov, 2013 to surprise the shoppers with holiday spirit, singing the Hallelujah Chorus from Handel’s Messiah. Join them as they sing this great musical masterpiece again. Plan your next Christmas holiday to attend the annual (also the original and longest-running) Messiah Sing-Along in Paris, France. For more information about performances in general, visit the PCS website.