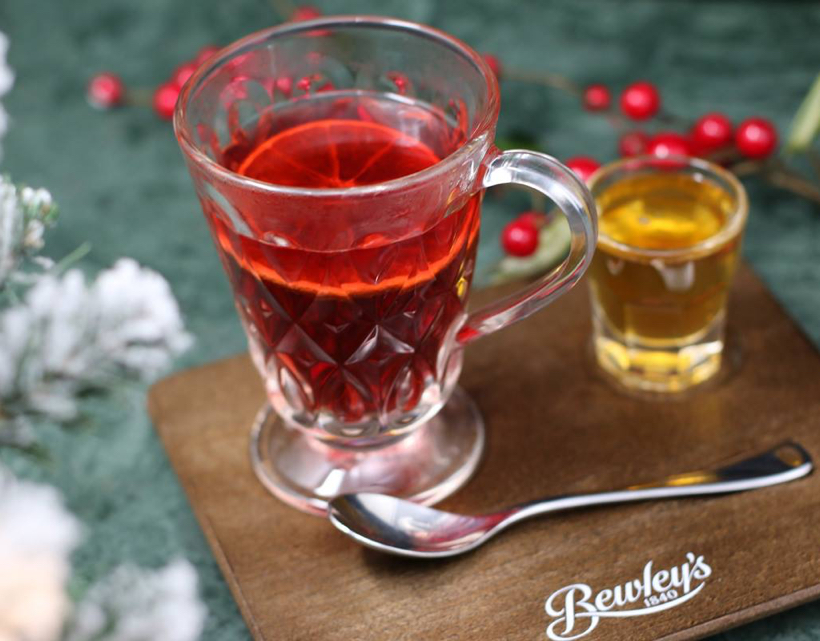 A Diamond in the Rough

In the middle of Grafton Street, sitting alongside the multinational chain shops and the restaurants you can find in every major city, is a gem. While it is now found in Ireland, the United Kingdom, and the United States, Bewley’s long and proud history makes it a Dublin locality, a battle cry against the consumerism currently overtaking Grafton Street. 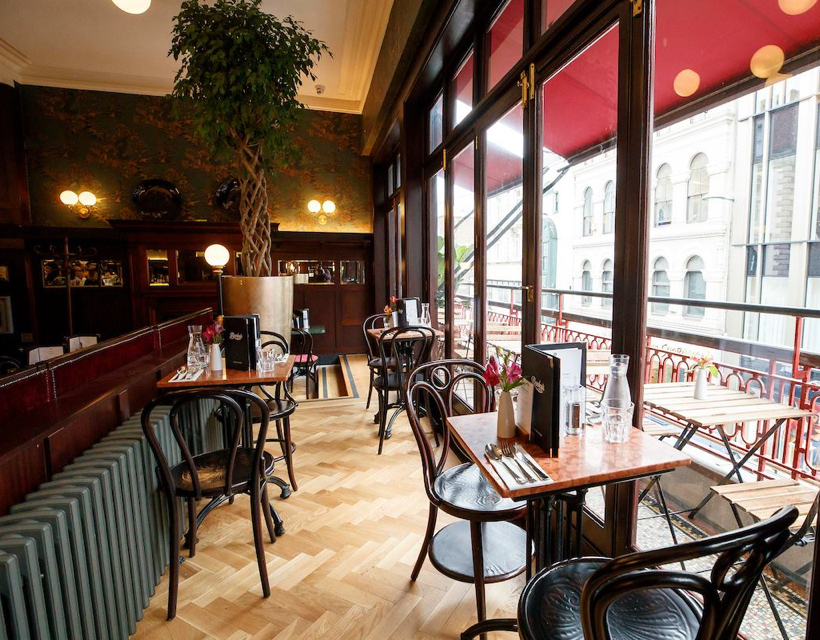 It is three – or possibly more – storeys tall with a European-style, dark wooden interior, white roofs and cream marble floors. Brown marble tabletops with thin, metal antique-styled legs. Velvet-cushioned benches line some of the walls and chandeliers of large, round, spherical bulbs hang from the ceiling. Upon entering and waiting to be seated, one is immediately struck by the scale of the countertop. Possibly 50 feet long, it displays a large selection of pastries, teas, and coffees. It plays host to several baristas, pastry chefs, and bakers who stand behind it. A diverse array of accents and languages are heard coming from both behind the counter and among the guests. It is a place welcoming to all and enjoyed by many. I witnessed several moments of song as one or more baristas broke out into tune. 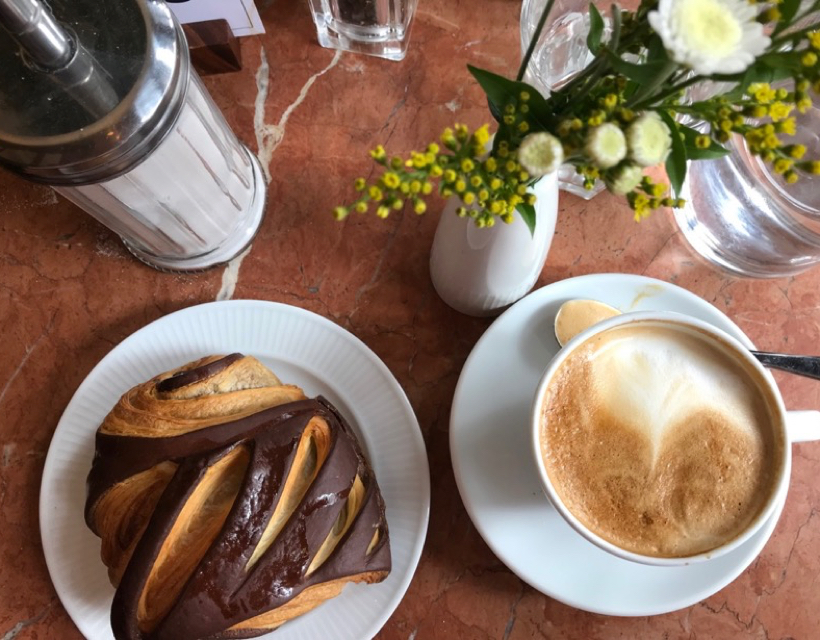 They also serve the biggest pain au chocolat I have ever seen. It was the size of a small grapefruit and though delicious, quite a challenge to eat with any semblance of dignity. You’ll feel the strangest mix of culture – in that it is a pain au chocolat – and incivility in that you can’t eat it without making a mess of things. It’s truly glorious.

Upon the tables are leather green menus with gold edging and small, stylish pots of tiny flowers.

Every seating area has something to desire. The passersby can be watched from above as one sips their coffee from beside the first or second-floor windows. One can marvel at the stained-glass floor-to-ceiling window if one sits on the ground floor in the back of the café – it’s hidden from sight for those sitting near the Grafton Street windows. While rather random, it is a beautiful sight.  There are also six windows in the cafe,  famously designed by Harry Clarke. 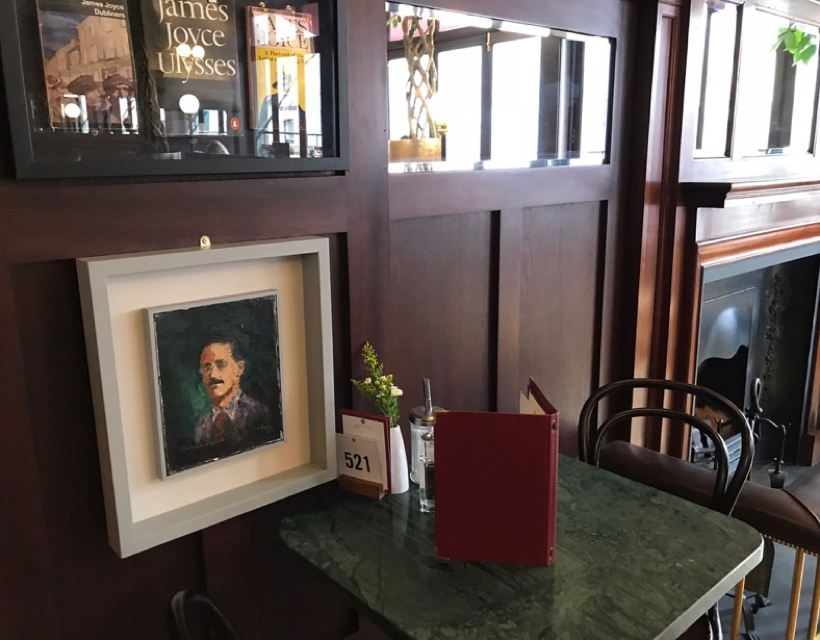 Or you can see if you can find where James Joyce sat and worked during his day – if his table is not already taken. He was reported to be quite the fan of Bewley’s, and the café is even referenced in his work, Dubliners.

A Story to Tell

As the story goes, it all began in 1835, when Mr. Bewley decided to import chests of tea from China. Right under the nose of the monopoly-holding East India Tea Company, this was a huge risk. Did Ireland even like tea?

Turns out they did, and Bewley directly influenced the nation’s turn towards tea. Bewley’s company was set up a few years later to accommodate this growing craze. In 1894, the first Bewley’s café opened in Dublin. In 1927, the Bewley’s Grafton Street Café opened.

A series of many firsts followed Bewley’s throughout the years. They were reportedly the first to introduce Fairtrade coffee into Dublin, as well as the first to introduce latte art. In 2009, Bewley’s headquarters in Dublin announced they had become carbon neutral – the first certified carbon-neutral coffee company in Ireland – and in 2016 they announced that by the end of that year all their branded fresh coffee would be Fairtrade. 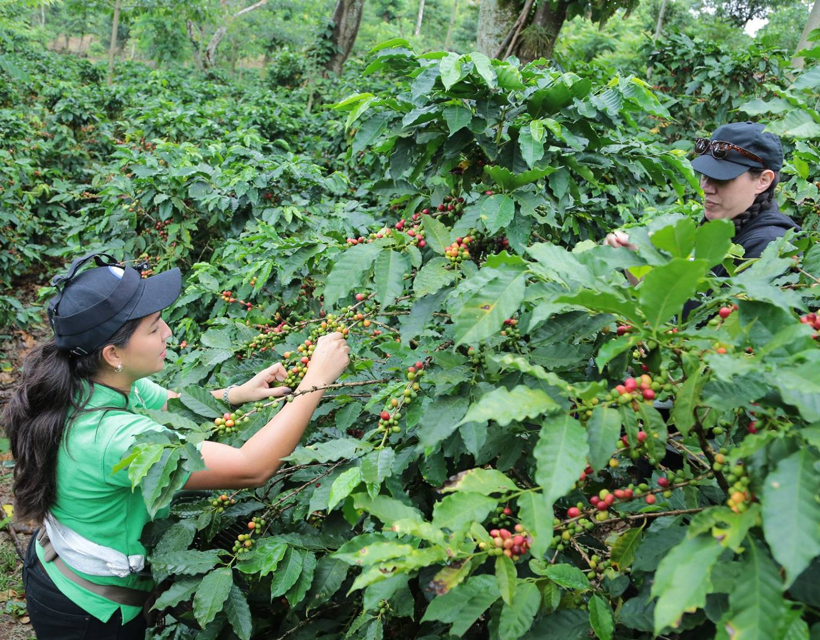 On Bewley’s website, their championing of ethical practices in unabashedly clear. They highlight their Quaker origins, and with these origins their values of “community, equality, honesty, fairness and integrity of character”.

Various celebrations take place within and around the Bewley’s Grafton Street Café, including Bloomsday, the DublinTown Festival of Food, Halloween, and more. During these days, artists, performers, activists and many members of the local and global community get involved.

Finding a coffee shop which prides itself on locality is not a difficult thing to do; all cities have their small little shop, called ‘home’ by the ones who keep it in business. And this is not to say these shops are not important, for they are. But it is rare to see a company the size of Bewley’s focusing so much on community. Wherever they are, it seems, the focus is on those around them and those working with them; be it in the coffee plantations where the beans are sourced or the tourist-filled streets of Dublin upon which sits Grafton Street. 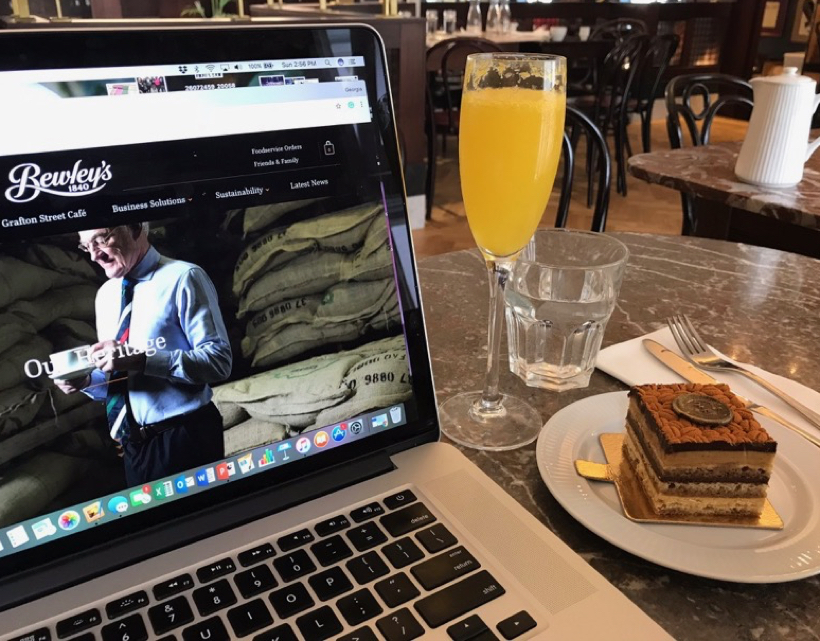 No matter how global, Bewley’s is still, and I hope will always be, a Dublin locality.