Andrea Sachs must have felt the same way I felt for her first New York Fashion Week (NYFW) when she decided to work for Miranda Priestly. In my case, the city of New York was Miranda Priestly: shrewd, not impressed with the resume, very fast-paced, and dismissive, just how Priestly treated Andrea when she first took on a position as Miranda’s assistant. 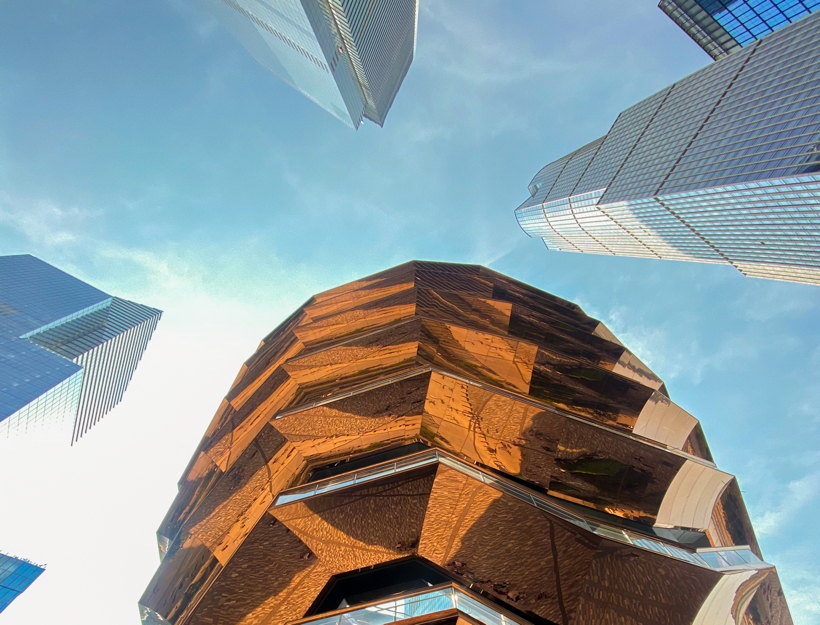 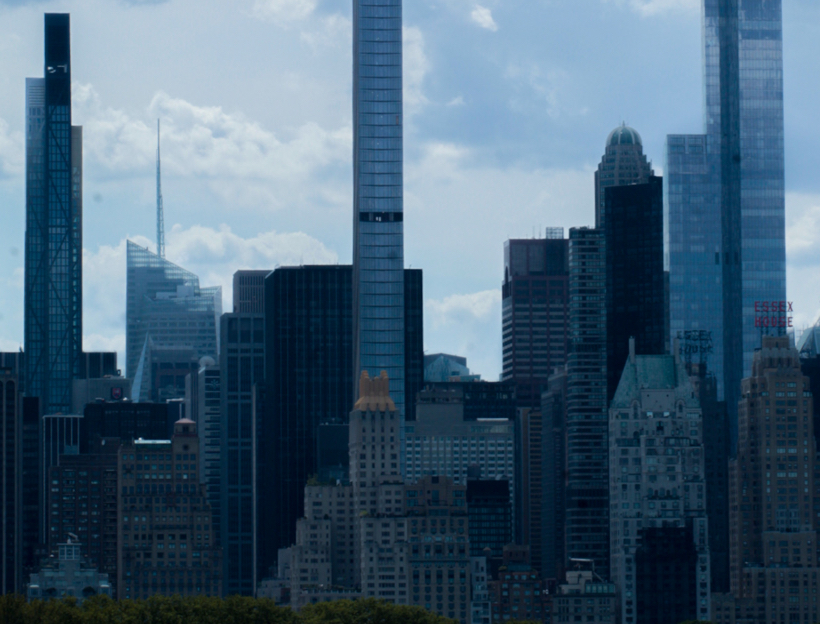 The fashion shows I was planning to attend I did not get access to because my connections miraculously didn’t see any of my messages or emails but somehow managed to post the shows they attended on their social media platforms all the while. 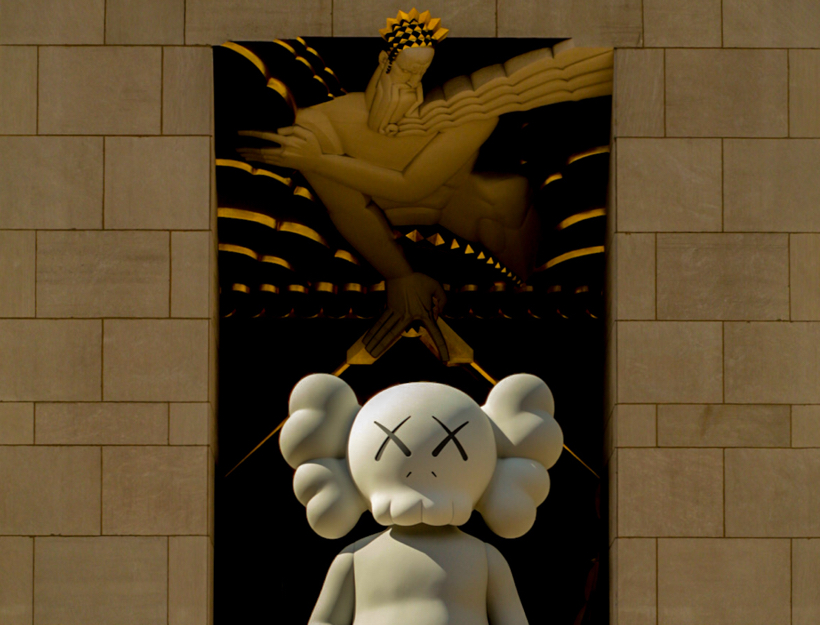 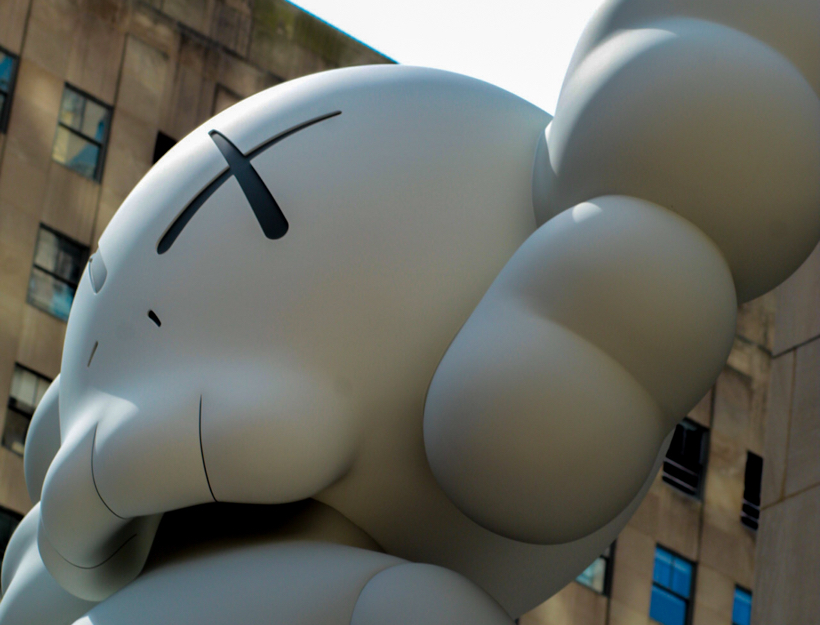 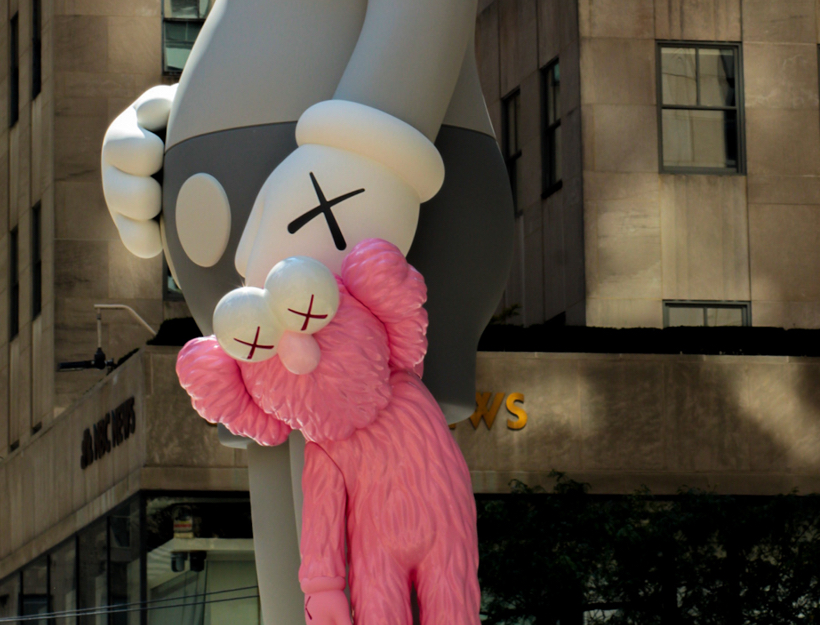 My friends who had a few opportunities to attend a few events of course tried to look out for me but if you are not familiar – New Yorkers are not too trusting with outsiders. I oddly felt the need to prove myself just like Andrea after I got frustrated with trying to learn the public transportation system. The last time I had been to New York was 2015 which was pre-Covid and I had a built-in tour guide because one of my best friends lived in Astoria, Queens. This time around I was really challenged to learn the train system because it’s the quickest and most cost-efficient way to get around New York. What I love about The Devil Wears Prada is that Anne Hathaway was able to show the growth of her character’s confidence  after being treated as if she wasn’t good enough, and just like New York Miranda Priestly shows tough love which pushes Hathaway’s character to get up and try again. The beauty of failing in New York is you are forced to get up and try again because if you don’t, you won’t make it in the big city of dreams.

After I finally learned the train system on my second day being in NY, I noticed how people dress according to the task they have to do that day. 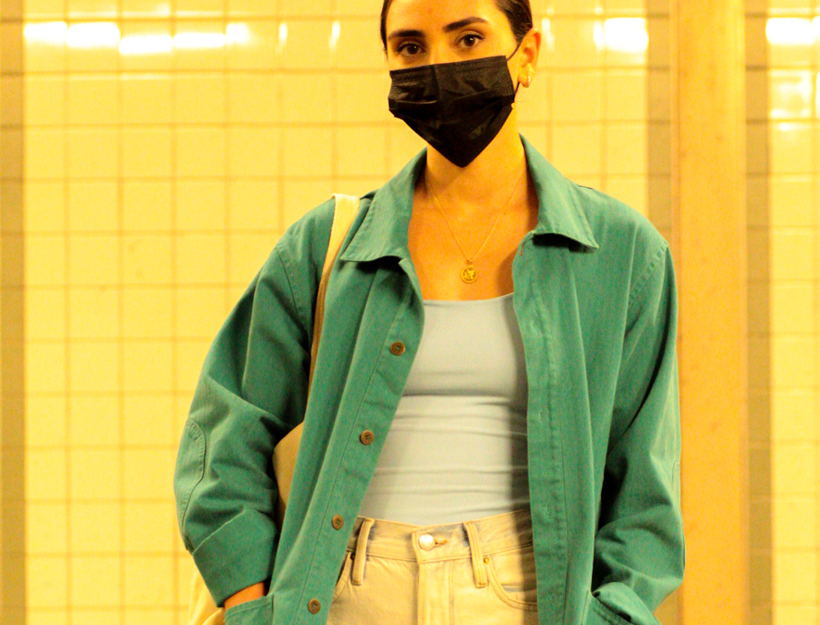 Riding the trains you see the young model who is probably headed to Chelsea or Soho for a fitting or photo shoot, and then see the older gentleman who is headed to his construction job.  They both have one thing in common: they are headed to a job to get paid because they either have to take care of themselves or have a family to take care of.  It’s a driven city and you realize in that moment that everyone is focused on what they have to achieve that day. 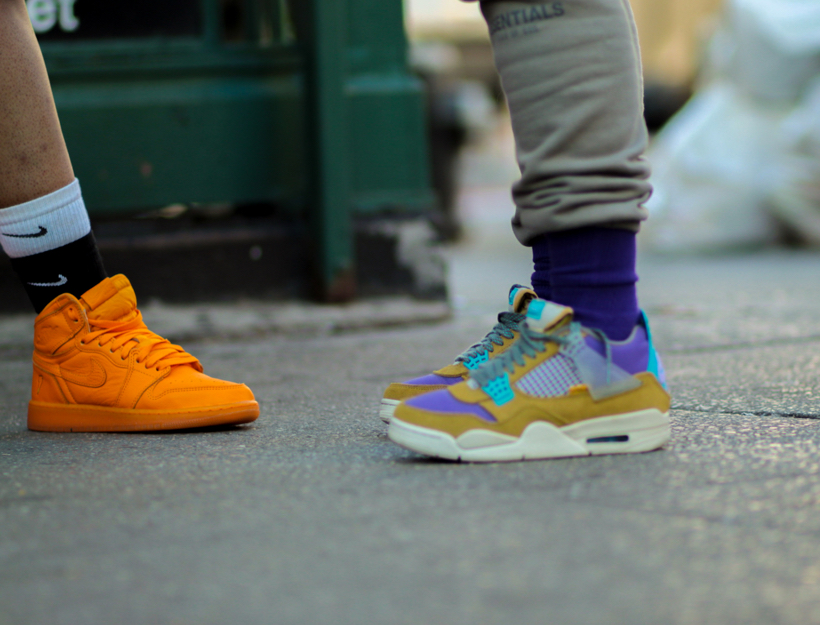 As far as fashion, what I did notice is that people wear sturdier shoes because everyone in NY walks and uses the trains. You also see a lot more people wearing hats out there because fitted hats are more of a fashion statement than they are out here in LA. To be a little more specific, you don’t see many people wearing Converse and Vans because those shoes are not sturdy enough to last the rugged streets of New York. You see more people wearing Nike Foamposites, Air Raids, Timberland boots, and of course Jordans. In LA we wear more Vans and Converse because we don’t have to walk everywhere like New Yorkers. We drive more in LA because of how spaced out we are. In New York you’re either walking long blocks, taking the trains, or catching Ubers, Lyfts, and cabs then walking a few blocks to get to your destination. 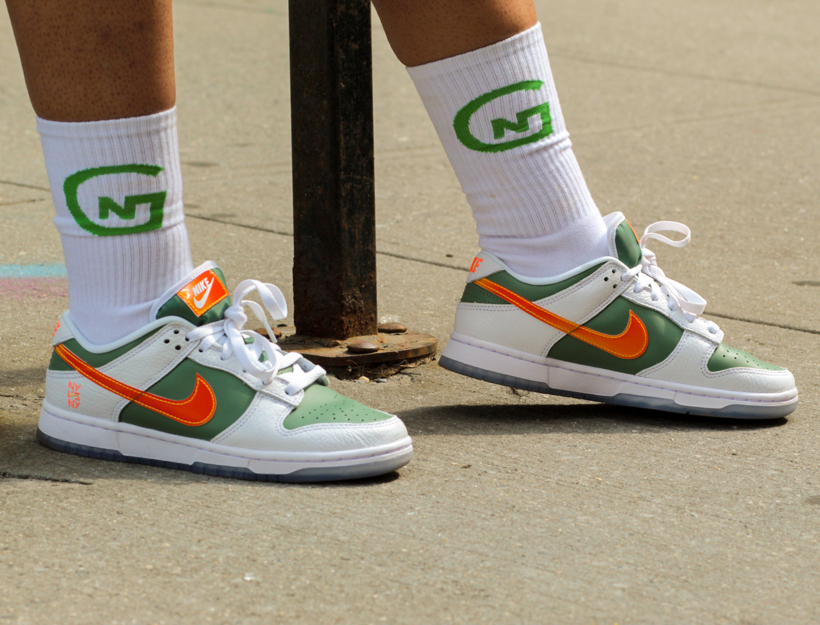 Not being able to attend the fashion shows with the who’s who was actually the best thing that could happen to me.  I was forced to go explore and try to find more outfits on the street, and since the weather was humid I was interested in seeing how people adapted their outfits accordingly. Most people still wore jeans with short sleeve shirts and being so used to SoCal weather, I was hot and sticky from the humidity, so I usually had on shorts and a t-shirt. 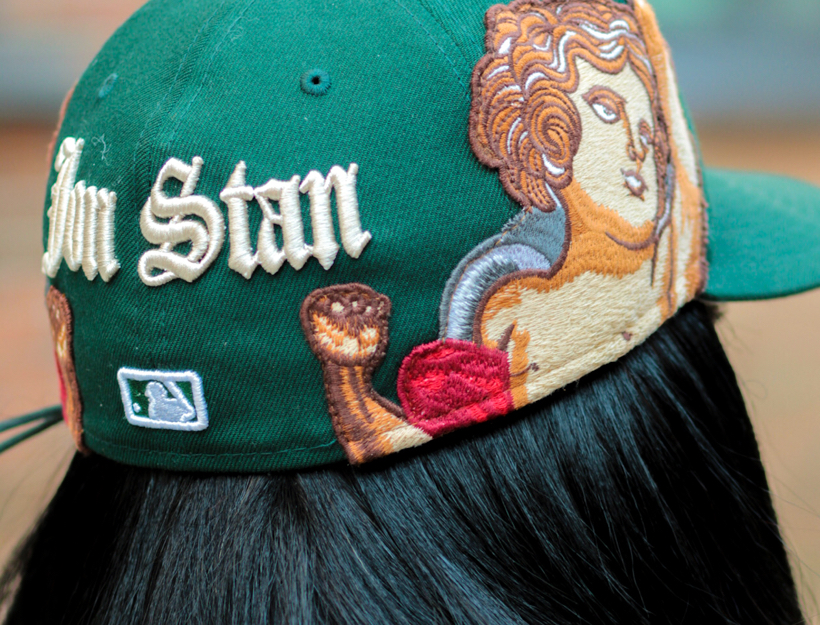 I  would still sweat more than I would have liked because the train stops were about 30 degrees hotter than the temperature outside. Wearing a hat catches a lot of the sweat, but having a custom New Era fitted hat distinguishes an individual from everyone else. NY has its own hat subculture which is increasingly becoming more popular. You’ll see people with pins and specific embroidery art on their hats. Depending on how good the design is, people will stop you and compliment you on your hat. In LA, hat culture is not a major thing because in LA hats mean different things in different neighborhoods whereas in NY a hat is a wearable art piece. I’m very intrigued to head back out there just to do a story on the growing hat culture. 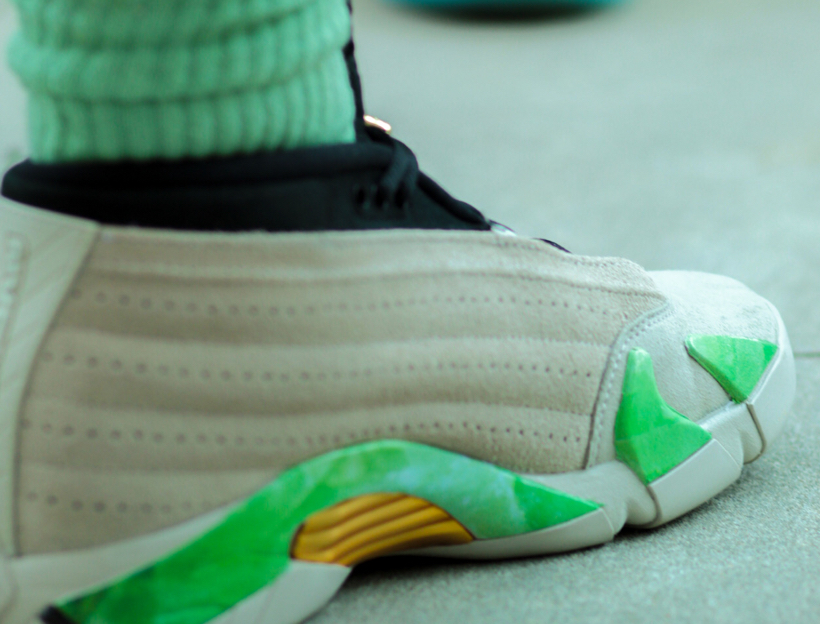 Coming back to LA, my flight landed during peak traffic hours (between 3:30-6 pm) and I started to think to myself, “We are spoiled out here and probably a little more antisocial than New Yorkers.” Being in NY made me realize we don’t have to interact or speak with each other because we drive our own cars to get to our destination. In NYC most people walk or take public transportation and they have to travel through many neighborhoods and interact with so many other people daily. In LA we can have a 20-30 commute to our job and drive through several neighborhoods and never really get to know those neighborhoods because we are so focused on our goal for the day we don’t take the time to go learn about our neighborhoods in passing them.  We are so spread out here in LA we only see the people we live with and work with throughout the workweek. If we want to see anyone else, we most likely have to travel and go out of our way to see others so we don’t socially interact enough with strangers. After exploring NY, I found people speaking to me more than I would have imagined just because everyone is closer to each other than we are here in LA. 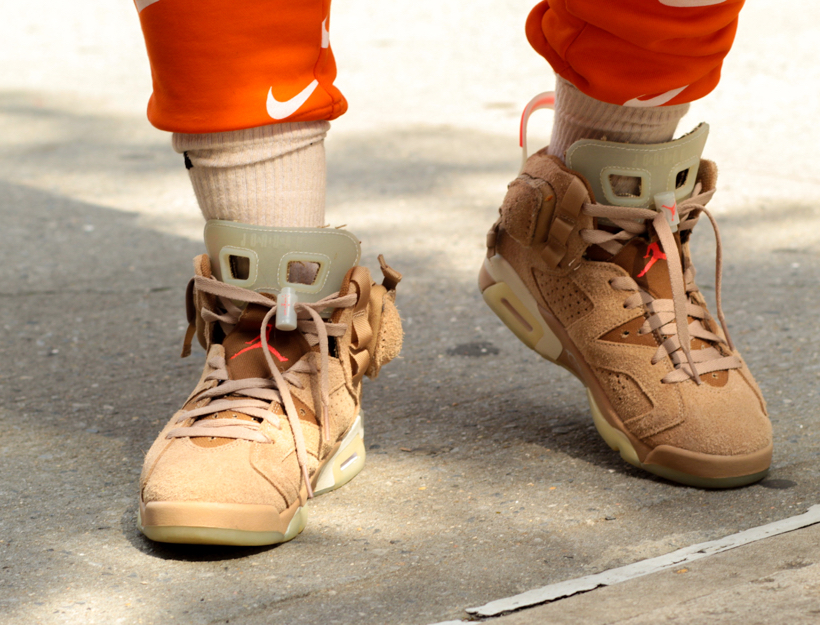 My time in NY really made me appreciate their daily grit and grind. It could be the weather out here and the luxury of staying to ourselves while we drive our cars. We tend to get into a comfort zone. NY pushes you out of your comfort zone every day because you have to interact with others throughout the day. 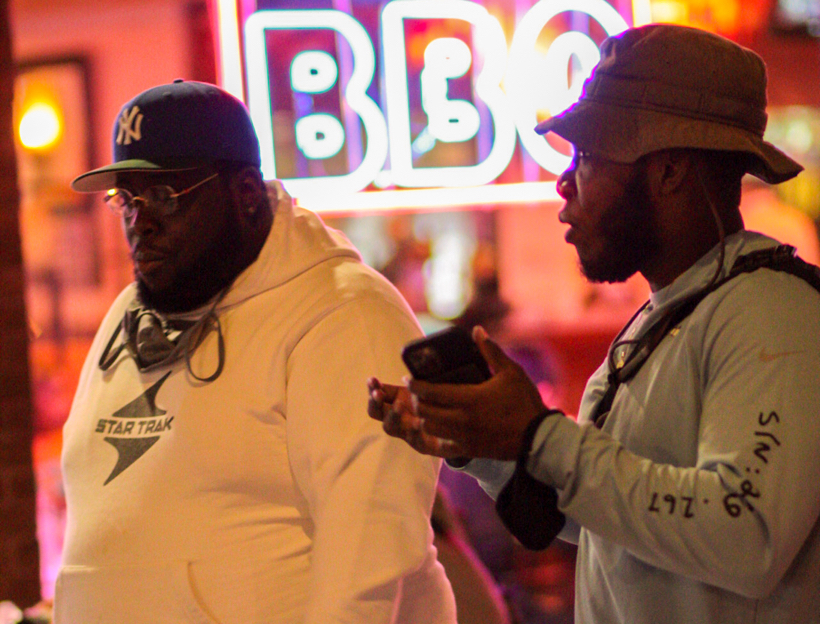 The feeling of being uncomfortable promotes growth and ultimately success. New York is the big city of dreams and if you can make it there you can make it anywhere.  I believe that’s because the city challenges an individual to be uncomfortable which pushes people to become fearless and gain confidence to get up and try again after they get knocked down. 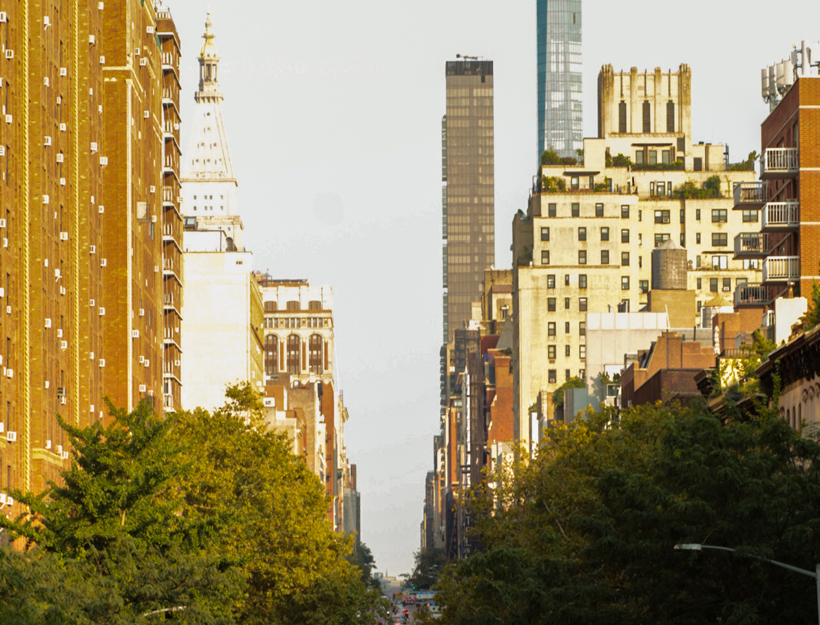