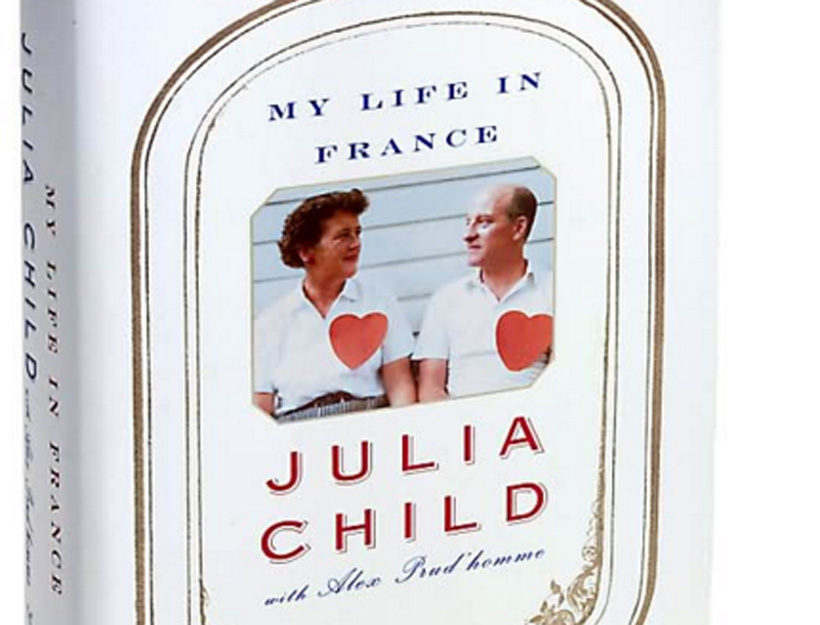 My Life in France, Julia Child

Have you ever dreamed about living for a couple of years in Paris, France, the City of Lights? Are you a fan of the Woody Allen film, Midnight in Paris? Do you think the French language is the most beautiful in the world?  How about French bread, cheese and wine? Not to mention talk of style and fashion in clothing, art, architecture and more? Oo la la – if you have answered YES to any or all of these questions, then it is a fact that we have some important things in common, and it isn’t just us! Many Americans have followed the delicious smell of fresh baguettes to actually live, temporarily or permanently, within France’s beautiful borders! Perhaps it is nearly needless to say at this point, but living in Paris for a few years, soaking up the culture of “all things French”, is a fondest dream of mine!

I have read more than a handful of books about Americans living in Paris. For example, over this past summer I read a huge biography on Sylvia Beach, an American expatriate woman that is famous for her Shakespeare & Company bookstore in Paris, as well as for publishing James Joyce’s controversial book, Ulysses. The other books range from A Moveable Feast and The Sun Also Rises by my favorite author, Ernest Hemingway, to totally modern books like, Entre Nous by Debra Ollivier and Paris in Love by Eloisa James.  Not to mention Culture Honey’s own Aurore Rominger – (I read her column every week!!) – is an American living in Paris!

Well, one more American that lived the dream in Paris, and later other areas of France, was the famous cooking show and cookbook author, Julia Child. She lived in Paris with her husband Paul, who was a U.S. government employee at the American Embassy there from about 1948 through 1954. Her book, My Life in France, co-authored with her grandnephew Alex Prud’homme, is the story of how she fell in love with France, French people, and as we all know, the French way of cooking!  Even though I am not a cook, I found the book interesting as a memoir on multiple other levels.  Of course, as a story about an American living in France, but also learning about a creative and successful businesswoman as well. It was also interesting to read about a time in European/American history that had its ups and downs.

One of the historical threads that impacted Paul and Julia Child’s life in those years was the unfortunate “Second Red Scare” of McCarthyism. Paul worked at the American embassy in Paris and Marseille, and then in Norway (for the United States Information Service or USIS), and was himself subject to an investigation and even interrogation by U.S. government officials in 1955. On pg. 196 of the book, Julia laments, “What was happening to America? Several of our friends and colleagues were tormented by McCarthy’s terrible witch-hunt. It ruined careers, and in some cases lives.”  In the context of the current political race (late 2015) for the Presidency of the United States, I found Child’s story in this regard a thought provoking example of what can happen when Fear in society combines with political Power.

The overarching theme of the book is definitely Julia’s love of France, and I recommend it 100%.  In addition to enticing visions of life in Paris, Julia’s beautiful descriptions of Provence where she and Paul built a house and cooked and entertained leave me wanting to raise my time-frame from one to three years to three to five years – just so that a couple years in country can be added onto our time in Paris! Haha, copycat maybe, except minus the cooking ; )

There was a great movie made in 2009 called Julia & Julia that is an entertaining film about how an online blogger decided to try a Julia Child recipe every day for a year and blog about it!  I love the movie, and recommend it with enthusiasm!  Also, did you know that Julia Child was born and raised in Pasadena, CA?  Which is where I am currently live and am writing this book review from!
*

Buy My Life in France from Amazon Here