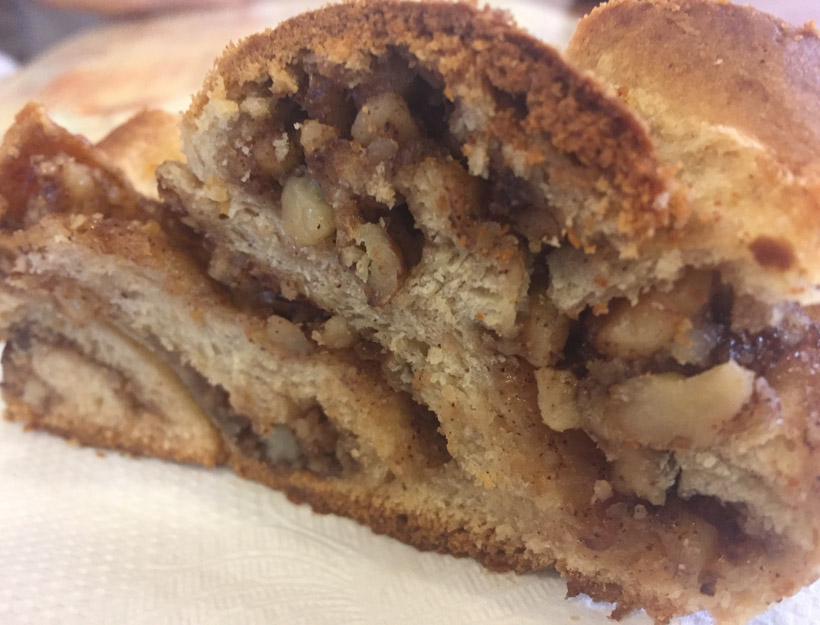 I love bread. That should come as no surprise, since I’m half Italian. My godparents are Jewish though, and so I grew up eating challah bread. Challah is one of my favorite types of bread. Recently my aunt (godmother) and I have been having a challah-off (if that is even a thing). Whenever we cook challah, we take pictures and brag to one another. I was very excited that my aunt was in town when I cooked up this stuffed challah.

To prepare the dough:

1. Combine the milk, honey and butter in a small saucepan set over medium heat. Warm just until butter is melted. Remove from heat and let cool 5 minutes or until it is between 120-130 degrees F. 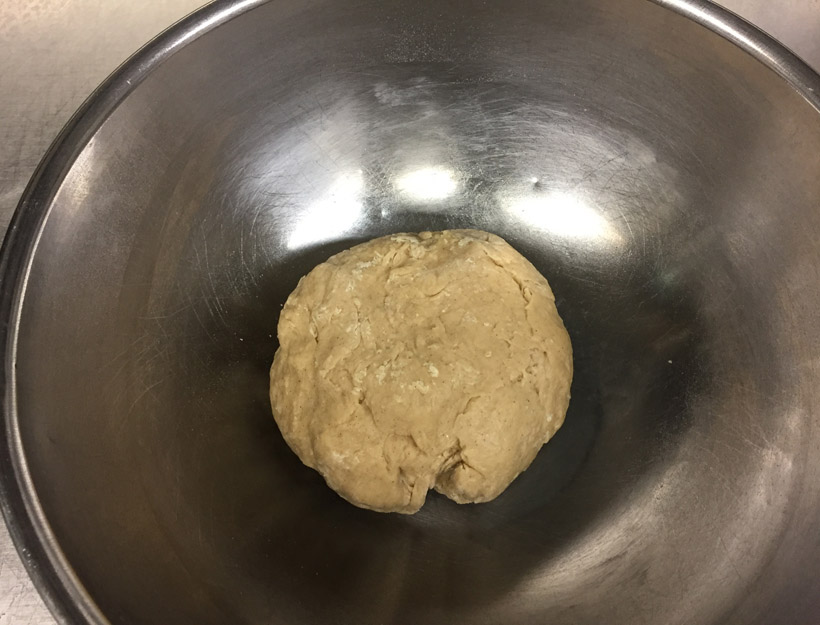 2. In the bowl of a stand mixer fitted with a dough hook (you can also use a large bowl and mix by hand), combine 2 cups of the flour, the salt, cinnamon and yeast. Add the milk mixture and mix until smooth. Add the eggs one at a time, mixing after each.

3. Add the remaining flour a few tablespoons at a time, letting it incorporate into the dough before adding more. When all the flour has been added, the dough should be very soft, but still clear the sides of the bowl. If necessary, add a few more tablespoons of flour. Continue to knead the dough for about 5 more minutes until it’s smooth and elastic. 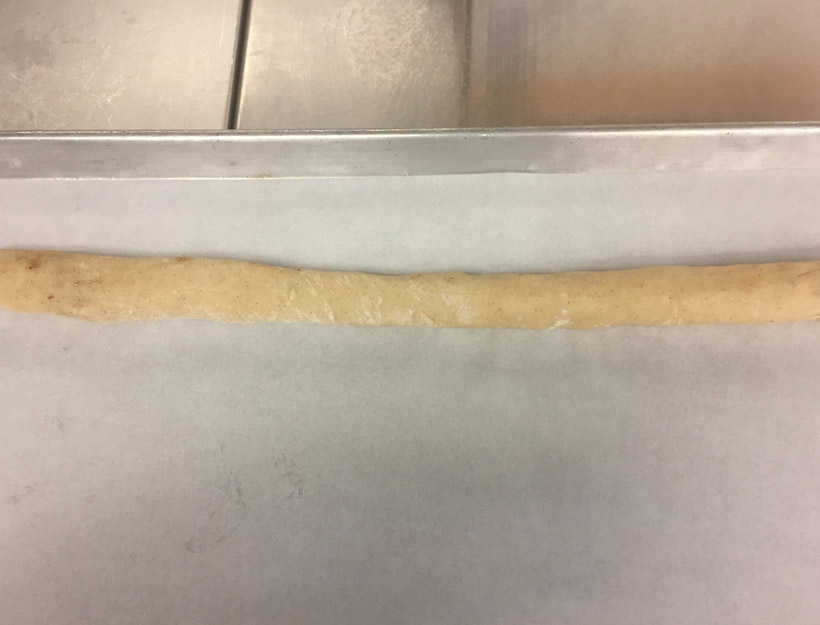 4. Carefully place the dough in a greased bowl, cover with plastic wrap and let rise in a warm place until doubled, about 1 hour. Gently punch down the dough to release gases and knead a few more times by hand.

To assemble the stuffed challah:

1. In the bowl of a stand mixer fitted with a paddle attachment (or in a large bowl with a handheld mixer), combine the butter, brown sugar, walnuts and cinnamon and mix until smooth. Mixture should be crumbly.

2. Divide the dough into 3 pieces. Working with each piece individually, place dough on a well-floured surface and roll into an approximate 12×6-inch rectangle. Sprinkle one third of the walnut mixture on top of the dough. Starting at one long end, tightly roll up the dough and carefully transfer to a sheet pan lined with parchment paper, seam side down. Repeat with remaining 2 pieces of dough. 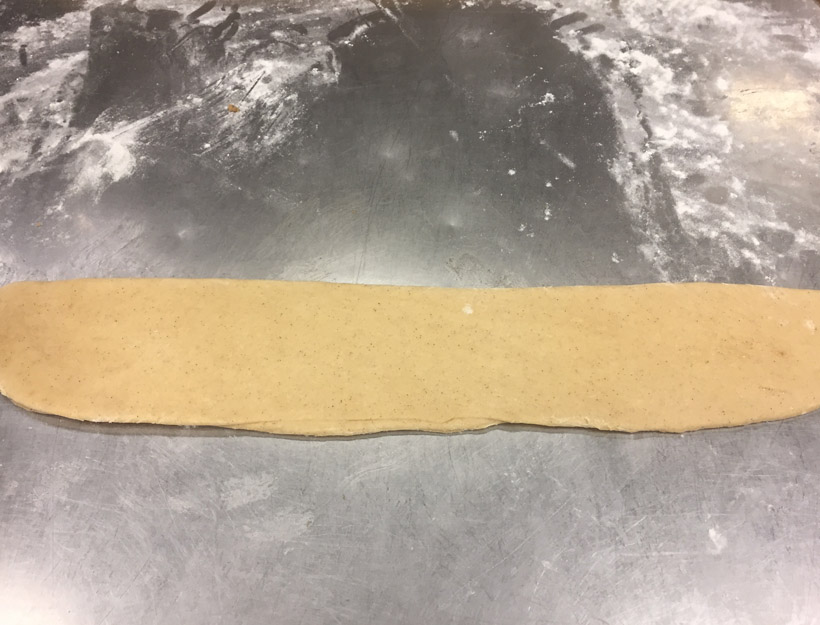 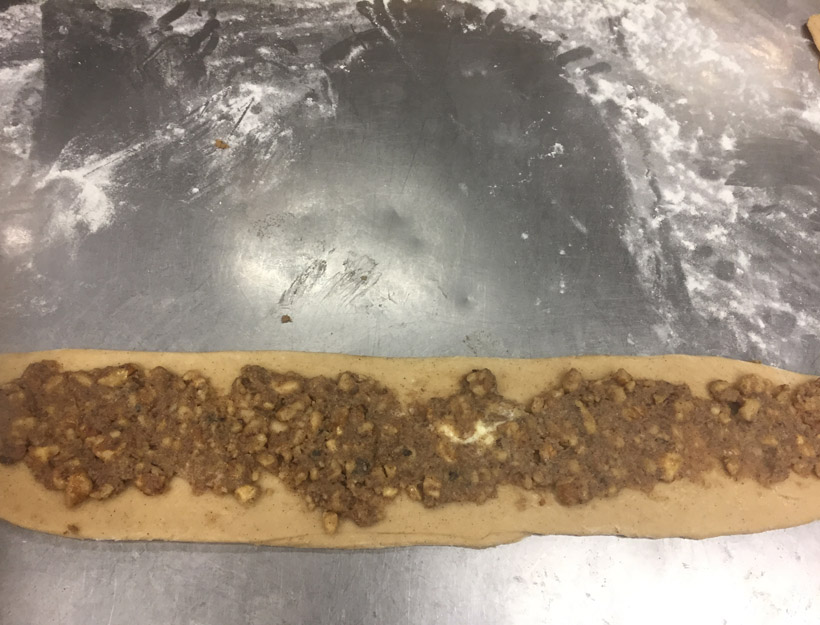 3. When you have finished rolling up all 3 pieces of stuffed dough, braid them together on the sheet pan, tucking the ends under. Cover with greased plastic wrap and let rise in a warm place until doubled again, about 30-45 minutes. 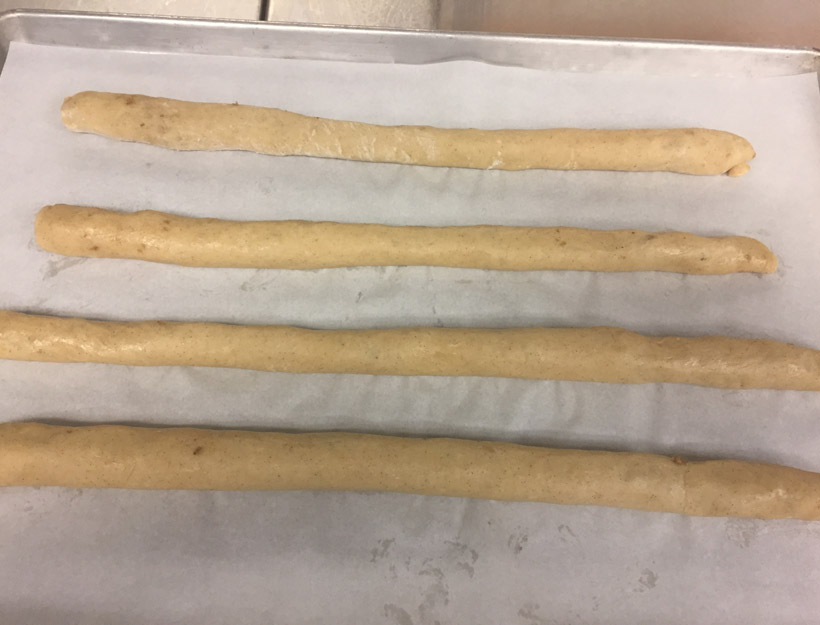 4. Meanwhile, preheat oven to 350 degrees F. Make an egg wash with 1 large egg and a teaspoon of water and brush on the loaf. Bake until golden, about 35-40 minutes. Let cool 15 minutes before transferring from sheet pan. 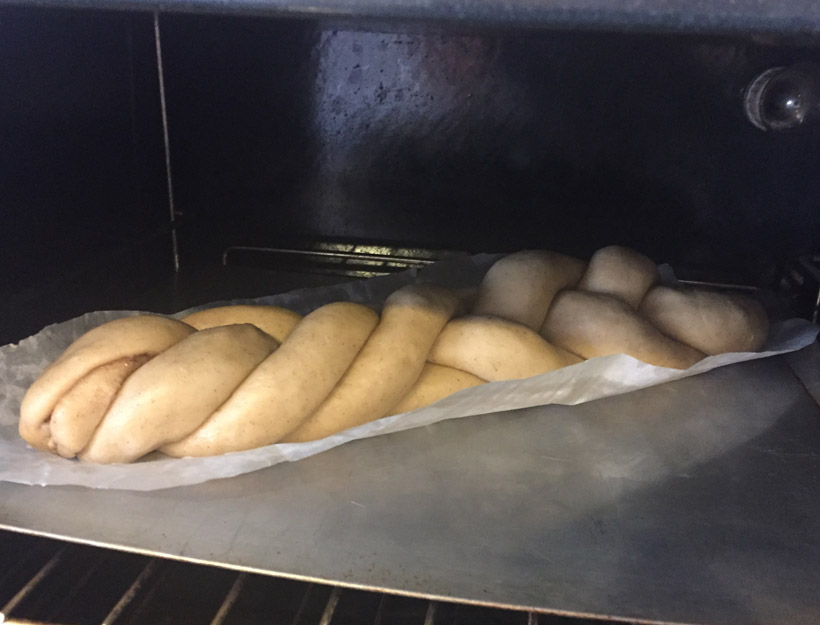 5. Bread is best the day it is baked, but will keep in an airtight container for a few days. 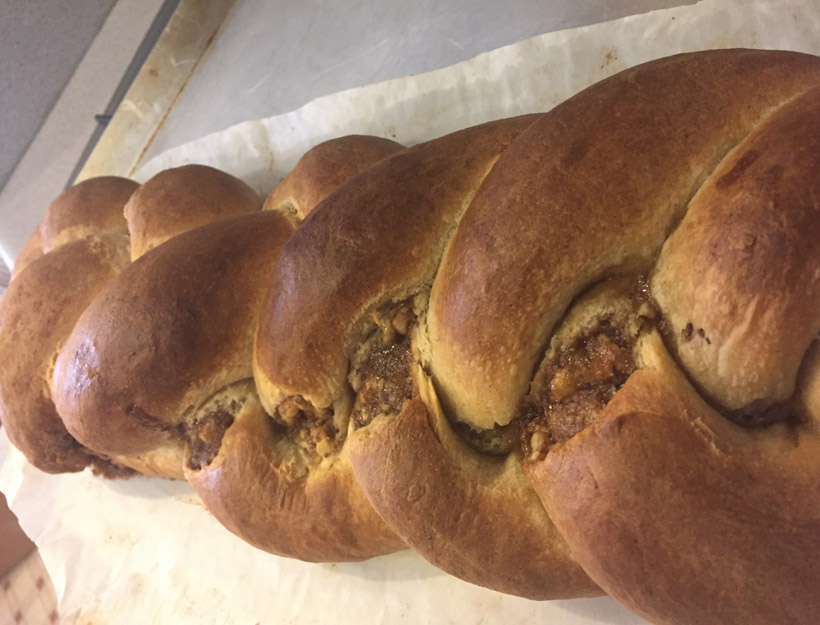 I not only won over my aunt with this stuffed challah – I won over everyone who ate it. Though this challah is a little different than your average challah, it is still worth trying. If anything, it helps you master your braid. I know mine always gets worse the longer it is. The pecans give this bread a great nutty flavor along with a taste almost like a cinnamon roll.
* 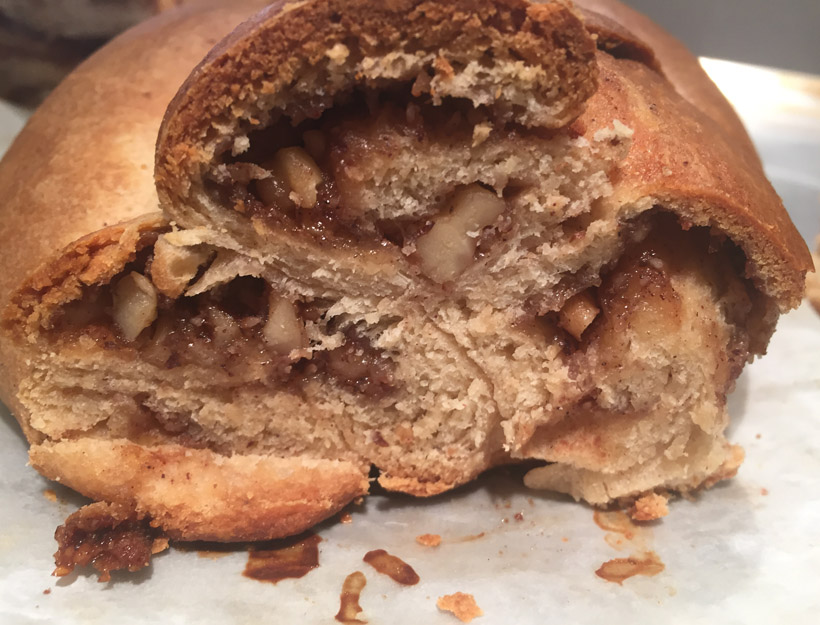