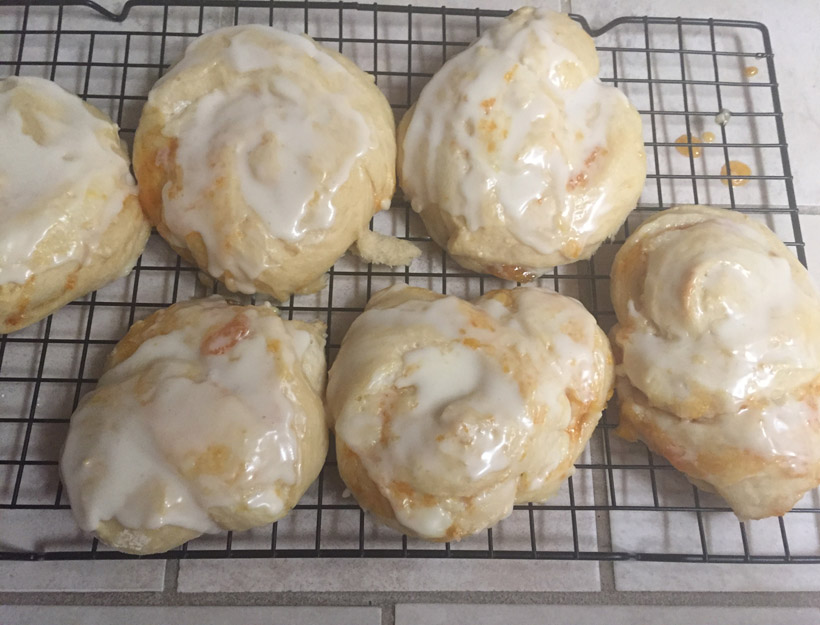 I found these little beauties online. At first I was skeptical whether they would work or taste good. I found something out; jam knots are delicious! They are creamy because of the cheese, and gooey because of the jam. Plus, they have the distinct ability to make you feel like a child. The frosting gets all over your fingers and the jam drips down your hand. It is like eating a cinnamon roll. Eating it with a fork wouldn’t give it justice no matter how messy you get.

1. In a large bowl (to allow for about 7-8 cups of dough to double in bulk), whisk together the flour, yeast, sugar and salt. Make a well in the center of the dry ingredients. 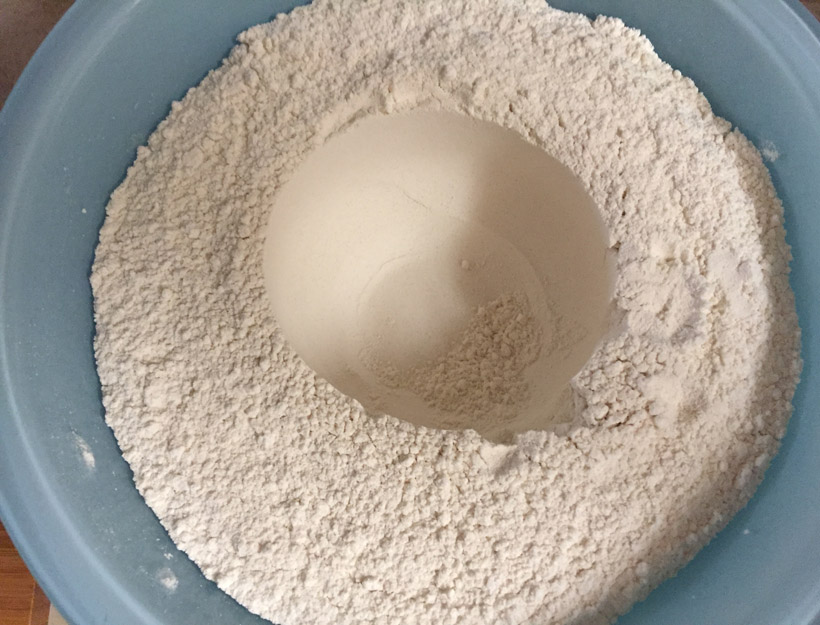 2. In a 2-cup liquid measuring cup, whisk together the eggs and pour them into the well. Use the same measuring cup for the hot water. Pour it around the edges of the well (not directly on the eggs), then add the melted butter to the bowl. Use a large spoon to mix the ingredients together until a soft, rather wet dough is formed. It won’t look like traditional cinnamon roll dough, it will be much softer. It’s ok if it looks a bit lumpy. Magic happens overnight, I promise. 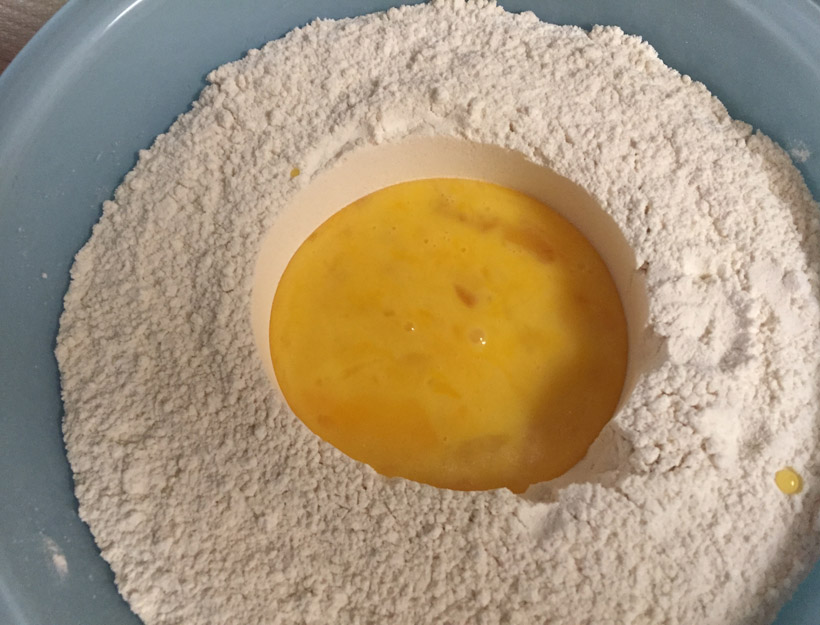 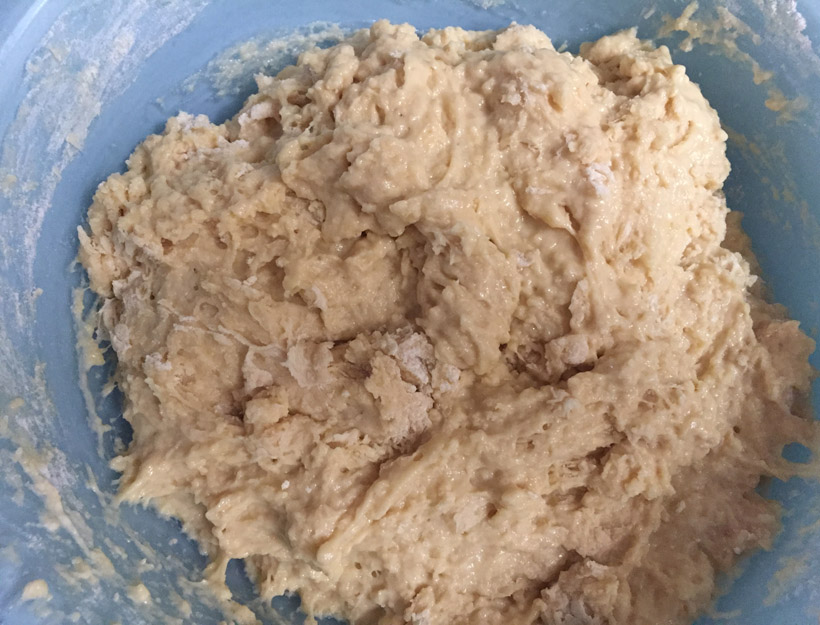 3. Cover the bowl with greased plastic wrap and refrigerate overnight or for 8-10 hours. 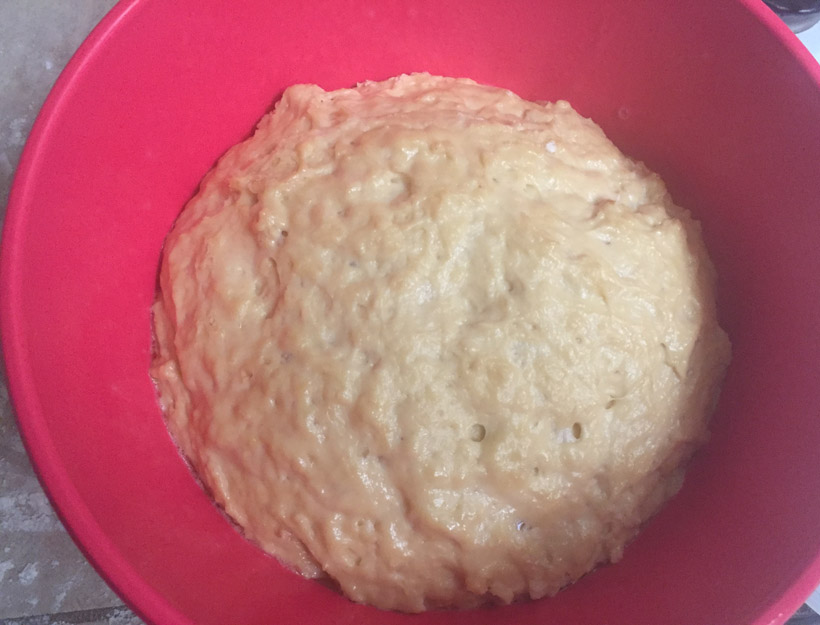 4. When ready to roll out the rolls, prepare the filling: In a blender or with an electric mixer, whip the cream cheese, powdered sugar and lemon zest together until smooth and creamy. 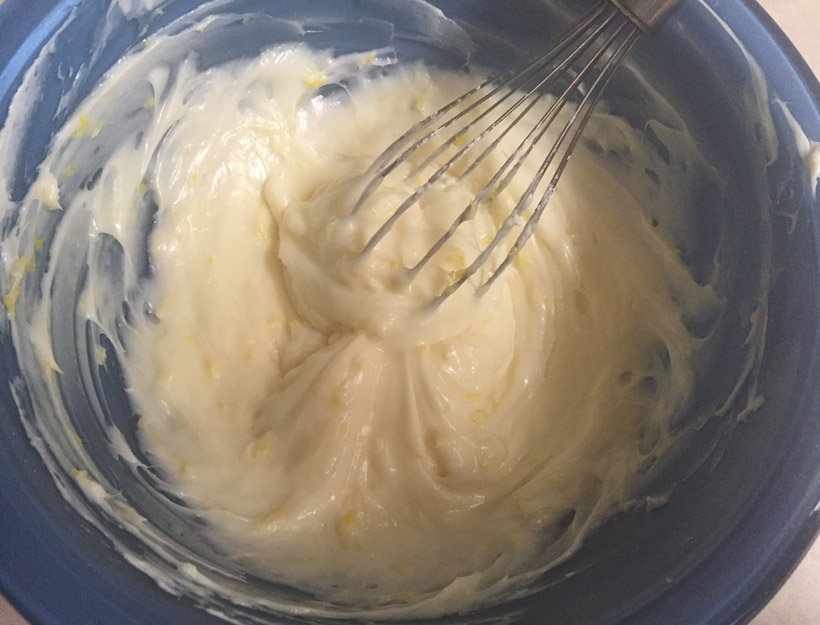 5. Using about 1/4 – 1/3 cup flour (more or less), dust a clean counter top. Lightly punch down the chilled dough and roll it out on the floured counter into a long, skinny rectangle (about 24 inches long and 7 or 8 inches wide). 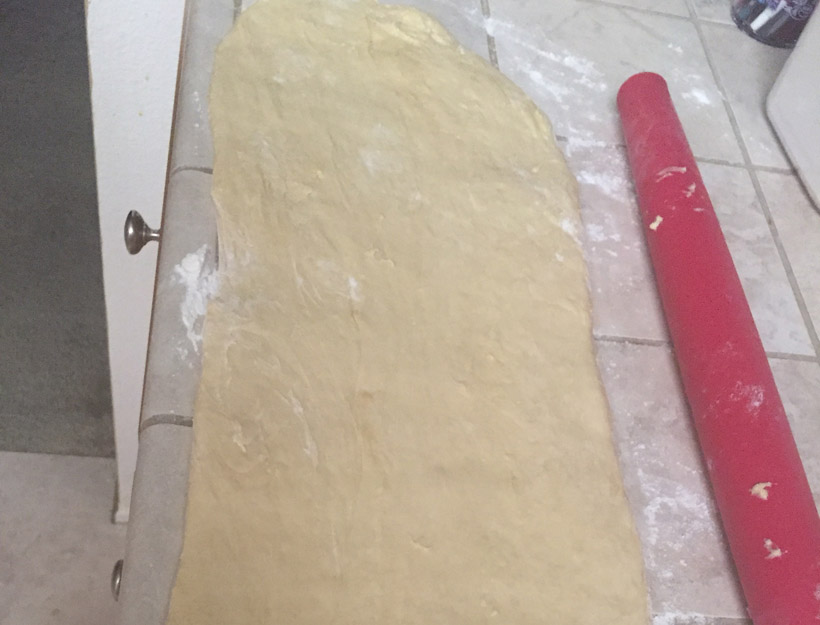 6. Spread the cream cheese mixture on the rectangle, spreading evenly with an offset spatula or knife. Dollop spoonfuls of jam across the top and spread into a somewhat even layer – the exact amount of jam you use will depend on how luscious and jammy you want the filling. The more jam you use, the messier the rolls will be to twist, but it can be done. 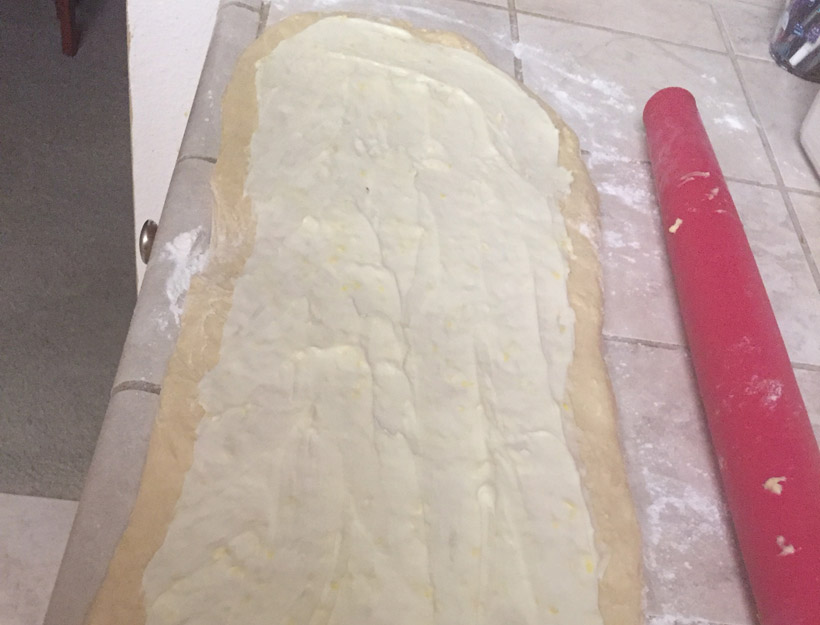 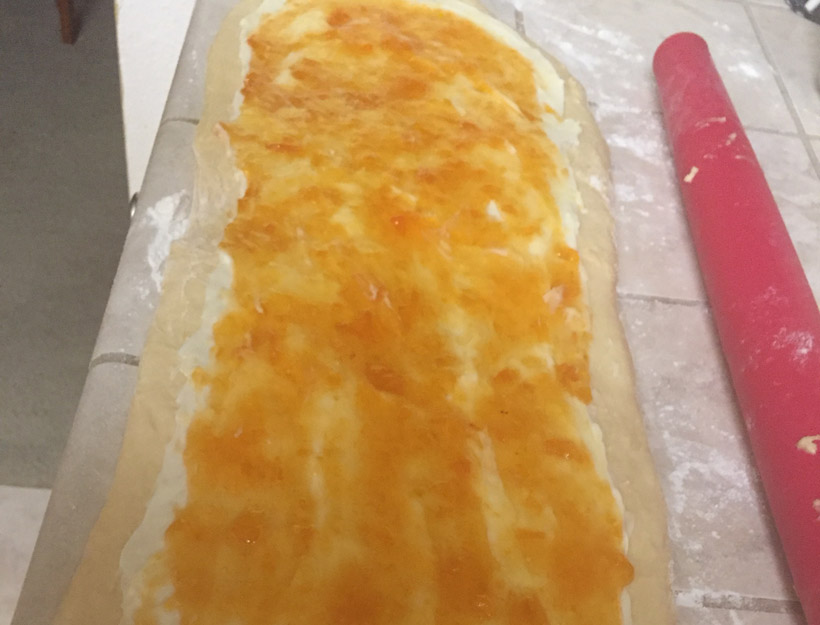 7. Fold one long edge of the rectangle up to meet the other long edge so the dough is folded in half – it may want to slip and slide around because of the jam; just do your best. Use a pizza cutter or knife and cut the dough into 1-inch strips. With each strip, hold an end in each hand and twist it up several times, rolling it around the center into a circle. Place the rolls on a large, rimmed baking sheet (11×17-inch) lined with parchment paper (about 12 per tray). The filling might be a little messy and want to squeeze out as you twist – don’t stress about it. If it oozes out, just pat it back in or on top of the rolls after they are shaped. 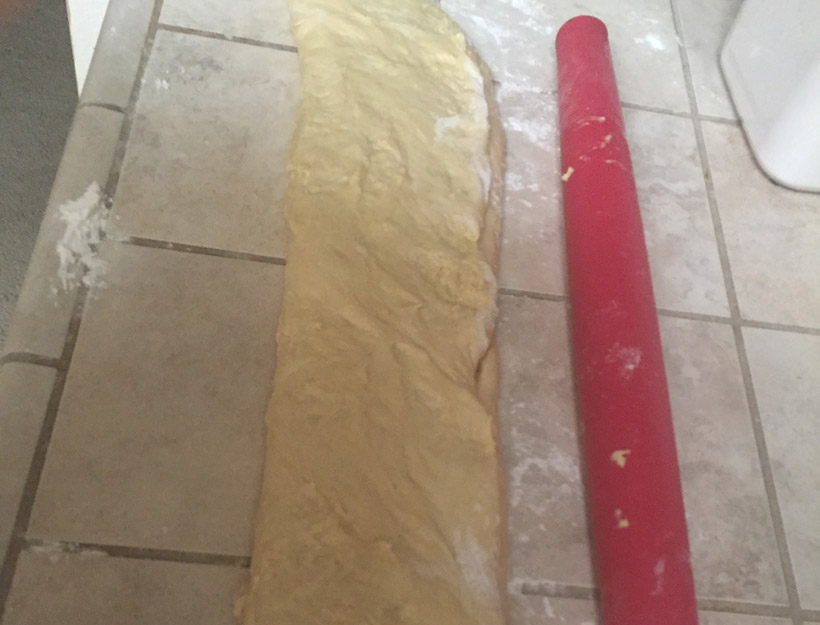 8. Cover the trays with greased plastic wrap and let the rolls rise until puffy and doubled. This should take an hour or so.

10. For the glaze, whisk together the powdered sugar, butter, milk and vanilla. Add more milk as needed until the glaze is thick but pour-able. Let the rolls cool for 5 or so minutes before drizzling with glaze.

I was able to bring these Jam Knots to my church on Sunday. They went over very well, and not only with the children. One person even told me they were dangerously delicious. Apparently he had to force himself not to eat all of them. These are definitely going to be made again.