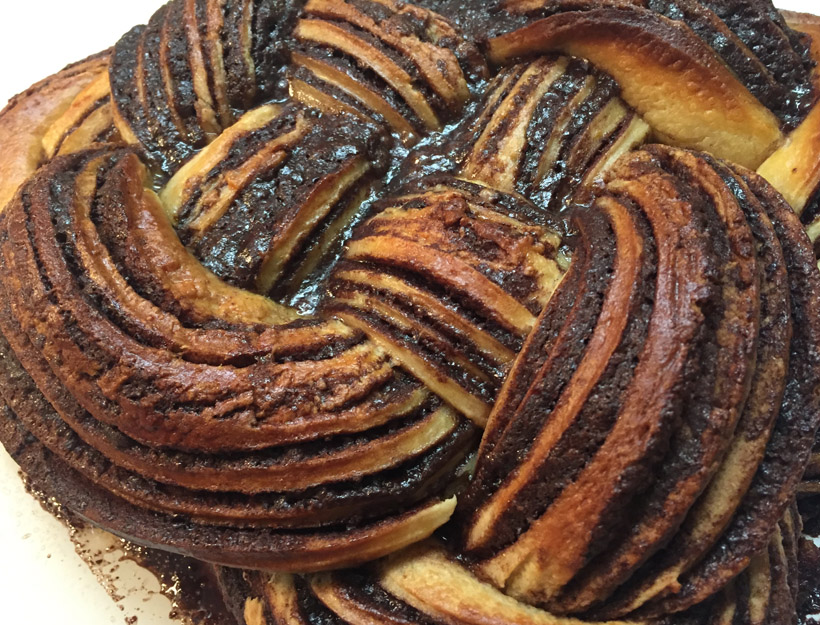 I never really liked chocolate. Don’t hate me; I know it’s odd. I spent 6 months in Europe, and they know how to do chocolate over there. While there, I started eating chocolate. Now every once in awhile I crave chocolate. The thing is I still can’t eat it on its own, so I am always trying new ways to incorporate it into other things. Since I have a love of bread, I thought this would be the perfect opportunity. 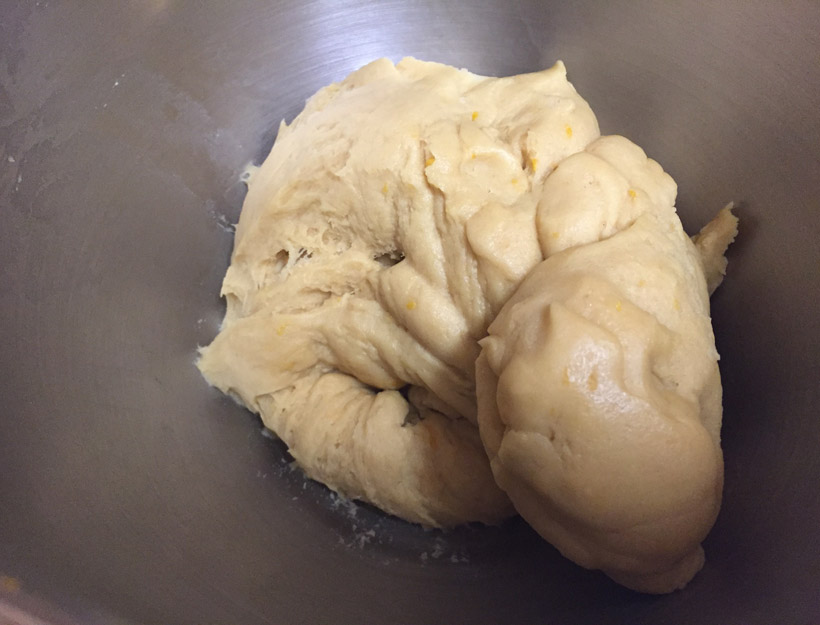 1. Heat or microwave the orange juice to body temperature. In the bowl of an electric stand mixer, combine the yeast and orange juice and stir to dissolve. Then add the honey, zest, oil, and eggs and yolk. In a separate bowl, mix together the salt and flour, then dump this into the mixer and knead for 10-15 minutes on medium speed using the dough hook attachment. At first the dough will be a craggy mass, then it will come together and eventually be smooth and satiny, but still sticky. 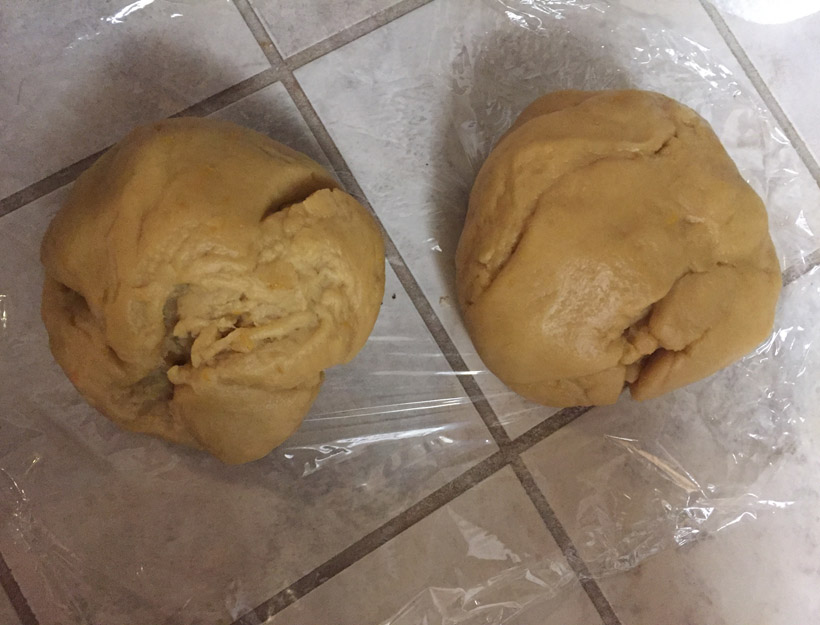 2. Oil a separate bowl, then transfer the dough to the oiled bowl. It will get less sticky as it rests. Let it sit, covered, for about an hour at room temperature, then stick it in the fridge overnight (anywhere from 8-24 hours, with a longer rest yielding better results – if your kitchen is cold though, you can get away with letting it rest unrefrigerated, as long as you punch it down every few hours). 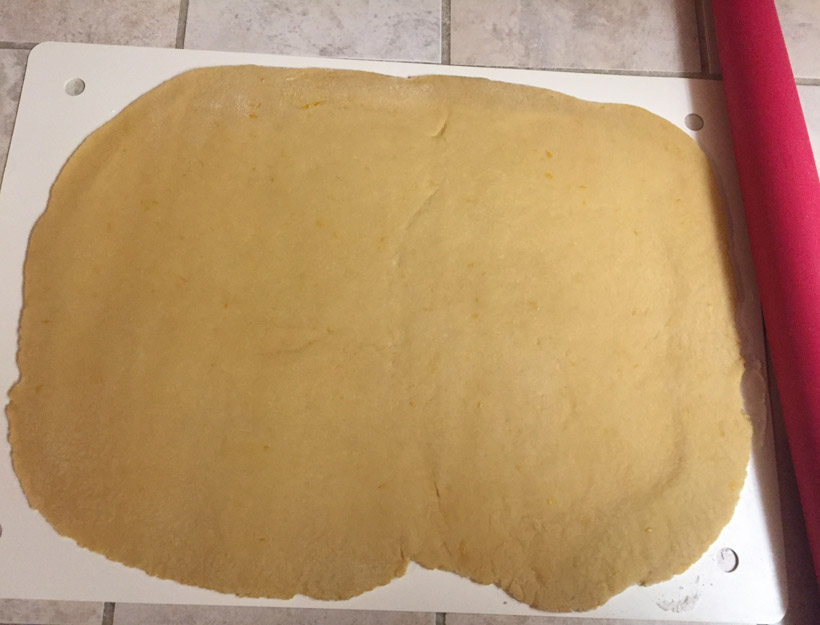 3. The next day, take the dough out. Gently press it down and flip it over in its bowl, re-cover, and let it come back to room temperature, which could take 1-3 hours. 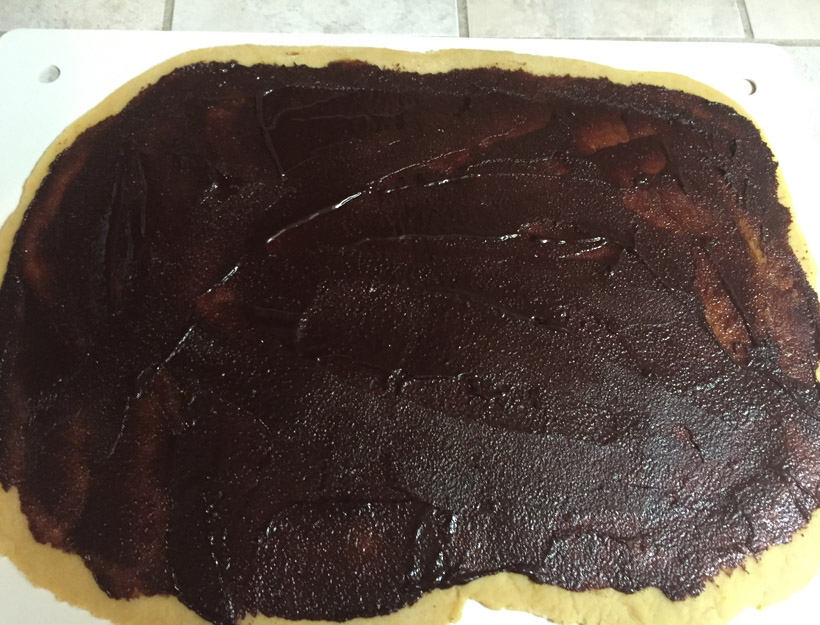 4. Meanwhile, make the filling. Melt together the butter and bittersweet chocolate, then mix in the granulated sugar and cocoa powder until combined. It should be runny – a little graininess from the sugar is expected. Let it sit at room temperature while you get the dough ready (don’t refrigerate it – it will get too thick to spread). 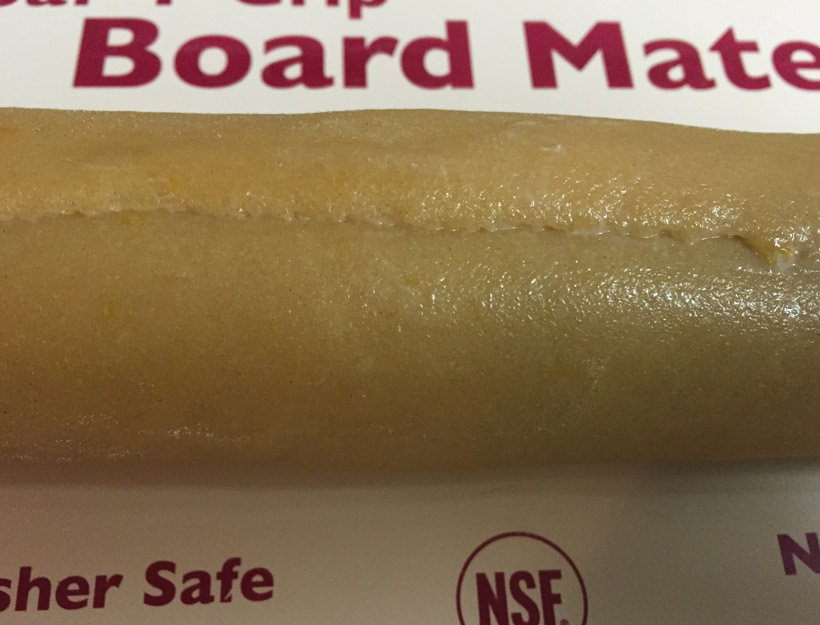 5. Dump the dough on a lightly floured work surface and divide it into two equal parts. Set one half aside, and gently press or roll the other into a wide rectangle about 15”x10” and 1/4” thick. It doesn’t have to be perfect. Spread half of the chocolate filling all the way to the sides of the dough on the right and left, but leave a 1/2-1” space on the top and bottom edges. From the bottom edge closest to you, begin rolling up the dough like you would if you were making sticky buns or cinnamon rolls. When you get near the end, wet the top 1/2” of dough and spread it thinly across your work surface – this will make it easier to adhere to the other side of the roll. Roll it up and smooth out the edge, then set aside to rest. Repeat with the other half of the dough, and let these two logs rest for another hour, covered loosely by plastic wrap or a dish towel. 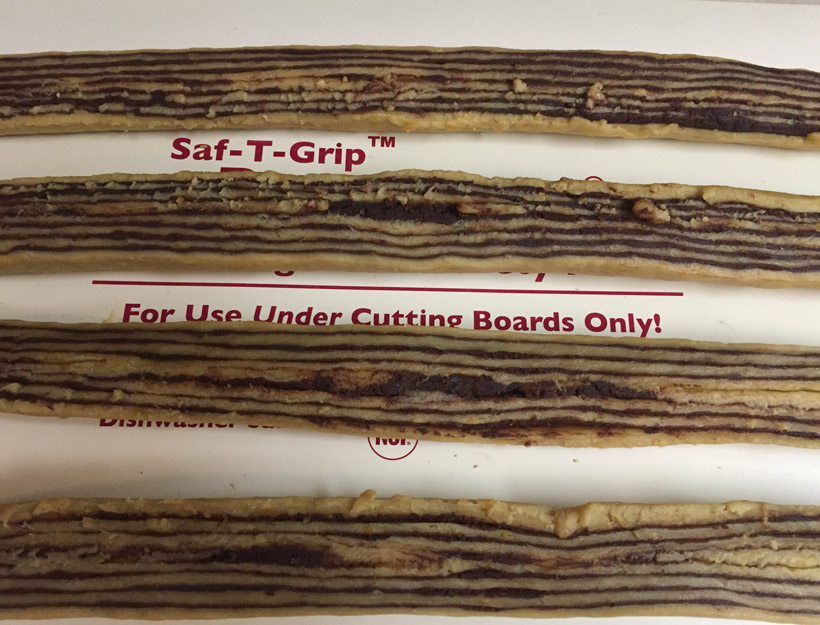 6. Next, cut each log in half lengthwise so you’re left with four skinny logs that are striped with chocolate. Now the fun begins! With these chocolate stripes facing up so they’re visible when the bread is baked, make a plus sign with two of the logs. Loosely weave the other two logs into this plus sign. Then loosely take both ends of one side of the plus sign and cross them over each other. Do this to all sides of the plus sign, then do it again and again, alternating going over and under, until you’re left with almost a round. Tuck in the ends underneath the loaf (see the pictures for guidance). Keep it loose enough for the bread to have room to rise in the oven, but not so loose that when you’re done shaping the round there are visible spaces between the strands of dough.

7. Cover with a towel and let it proof for about two hours. It won’t look much larger, but should have a “puffy” look to it. Brush it with egg wash and let rise for another hour. Pre-heat your oven to 375F, and then brush your loaf again with egg wash before popping it into the oven. Bake for 35-45 minutes, but check on it around the 25-30 minute mark because it may get dark too quickly. In that case, you can cover it with foil for the remainder of the cooking time. 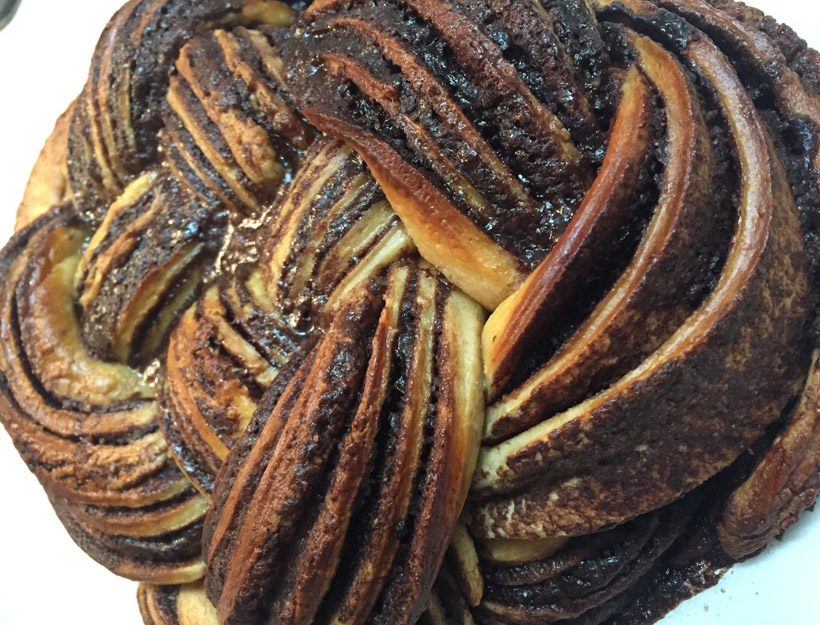 8. When a thermometer reads an internal temperature of 195F (or when it looks beautifully bronzed and sounds a bit hollow when you tap on it), it’s done. Let it cool completely on a wire rack before cutting into it. Waiting to cut it retains its structure and allows it to stay moist for longer, but that isn’t a problem if you’re going to devour it all right away. 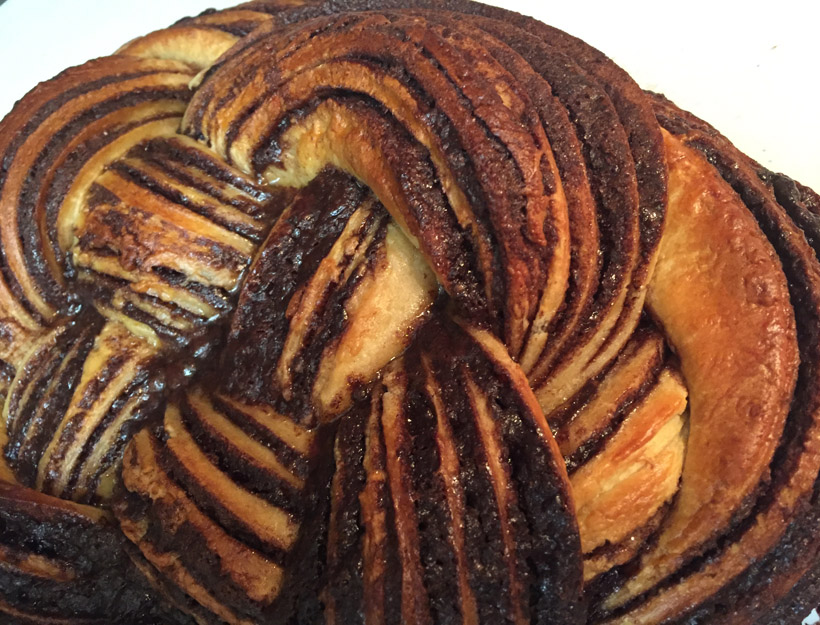 I know a lot of people cook a new recipe if the pictures look good and simple. Don’t be dissuaded by this chocolate babka because it looks complicated. I won’t lie to you and say that it is super simple, but it is definitely not as hard as it looks. Plus, this Babka looks beautiful even if it turns out bad. This is a Jewish version of a chocolate babka. You can tell by the layers. Though some put it in a bread tin, the chocolate in the layers is a signature of Jewish babka.
*