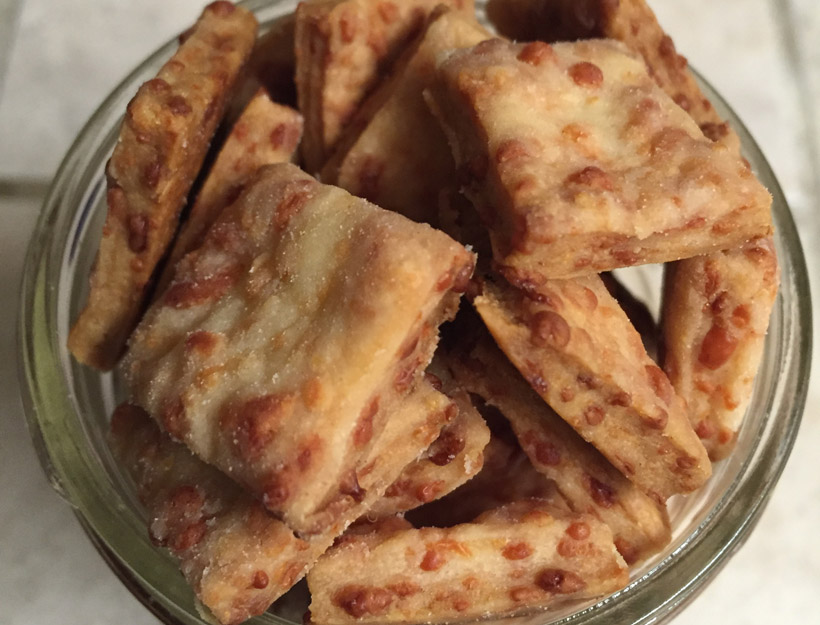 Who doesn’t like cheez-its? I know they are probably my number-one go-to snack. I remember for my 16th birthday all I asked for was boxes of cheek-its. Now that I say it out loud, I think that says more about me than the snack. I made these once before and they had great flavor, but were a little soft for my taste. Not that I didn’t eat them all, but I should have left them in the oven longer. I’m trying something different this time around. Let’s hope it works.

8 oz of extra sharp cheddar cheese (or any cheese you would like! Mix and match: I think pepper jack or manchego would be amazing)- room temp 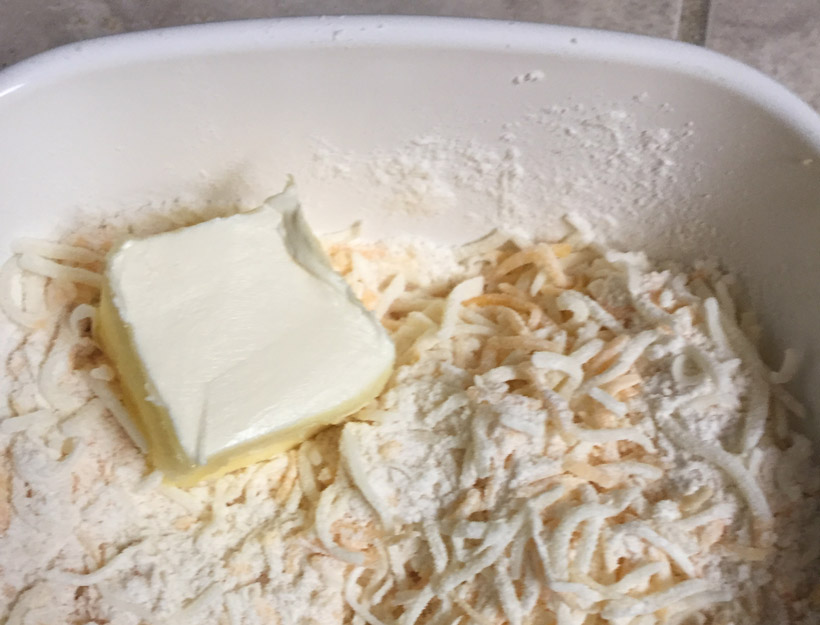 2. Using your food processor, add chunks of cheese (or grated cheese, it saves a step!) until it is broken into small pieces, then add flour, salt, and butter to combine. This should form a dough that is starting to come together nicely. Add water a tsp at a time until all the dough comes together. You want to use as little water as possible so you get a nice, crispy cracker. That is why the room temperature cheese is important. 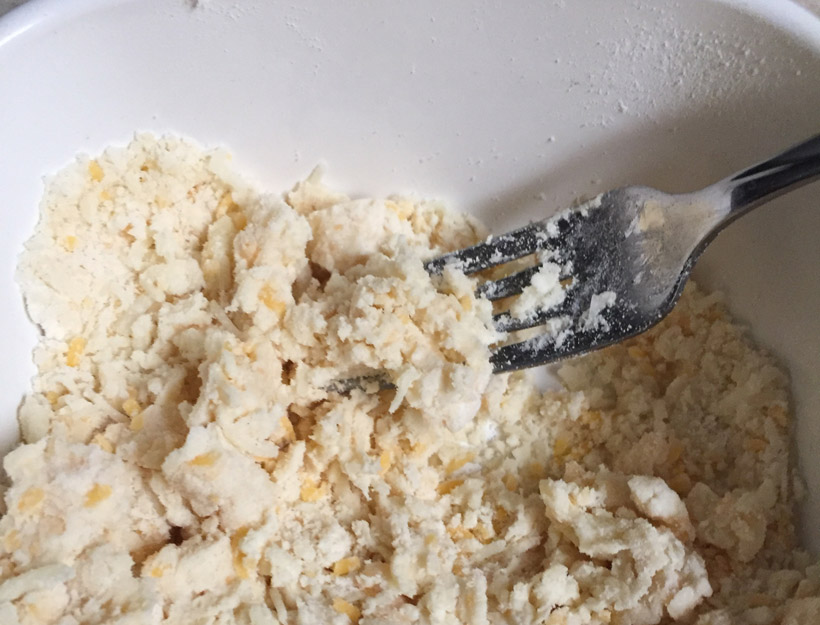 3. Wrap in plastic wrap and refrigerate just until the dough has firmed up a bit. 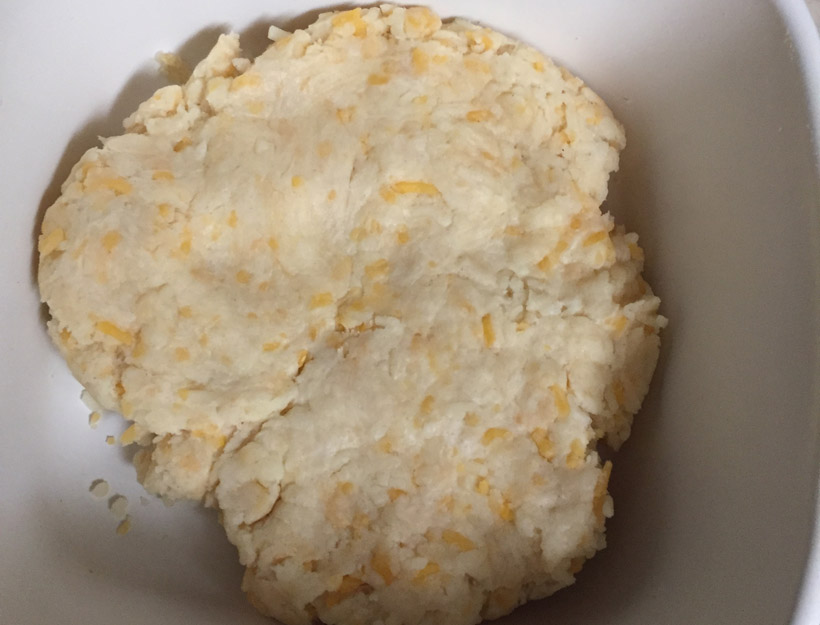 4. Roll out between two pieces of parchment paper until 1/8 inch thick. Cut into 1 inch squares and poke holes using a toothpick in the center. 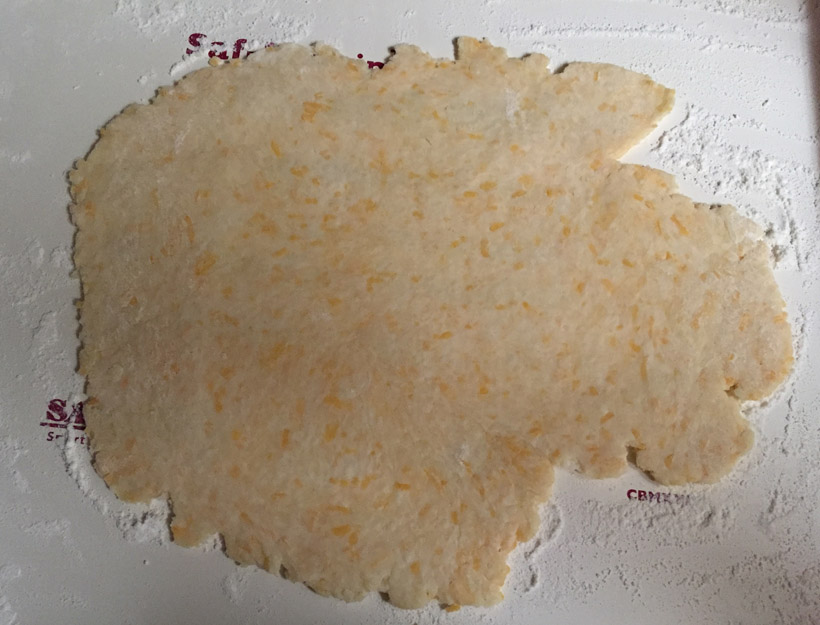 5. Place on baking sheet (I did not grease or use parchment paper and had no problems with it sticking) and bake for about 20 minutes until lightly golden and crispy. Check after 15 minutes to make sure they are not getting too dark. Let cool on your baking sheet and they will continue to crisp up. 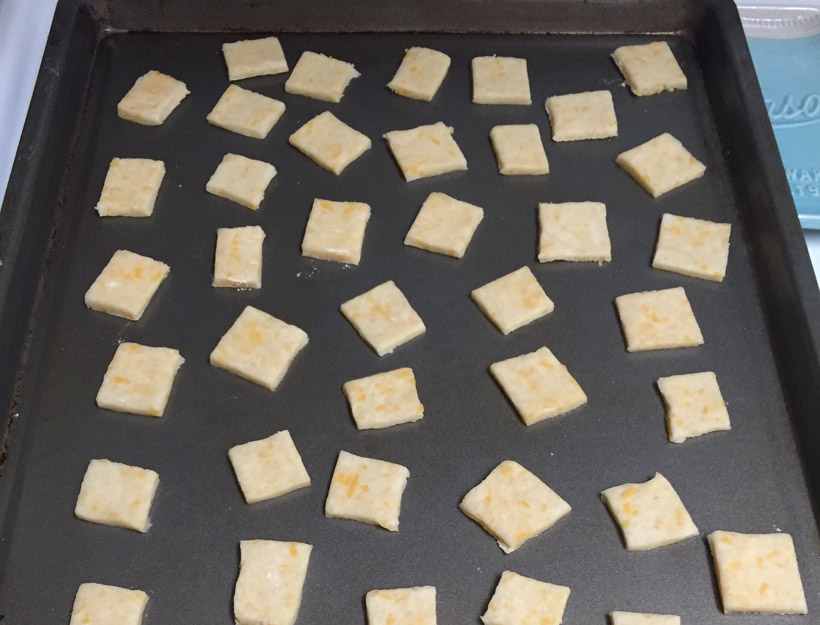 6. These crackers do not need salt on top, but if you like you can use 1/2 tsp salt in the dough and the other half on top.

I did half a batch this time around because I was trying to be adventurous and it didn’t work out. If you ever want to try something different, I advise only doing half a batch of whatever you’re trying, less if you’re able to, just in case it doesn’t work out. This half came out great! It’s the perfect snack and way healthier than the store-bought ones.
* 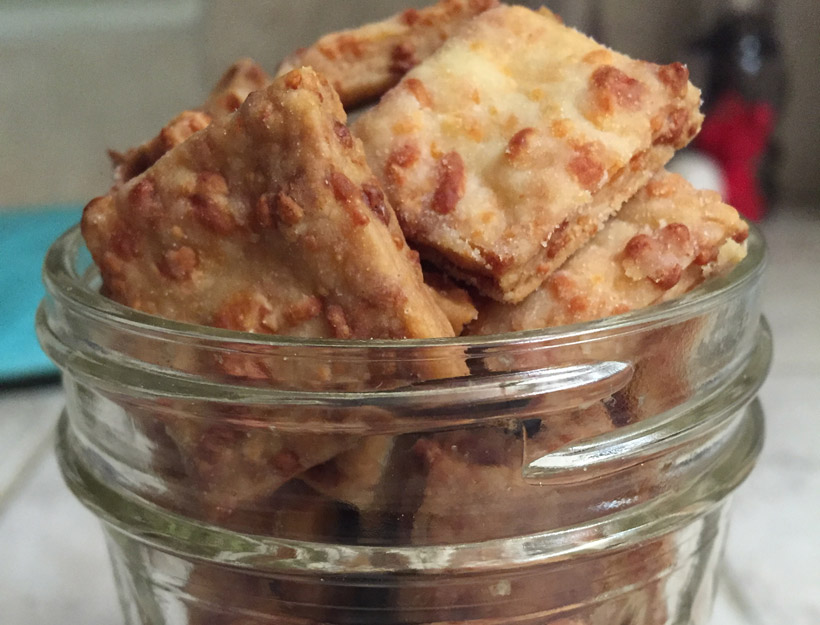