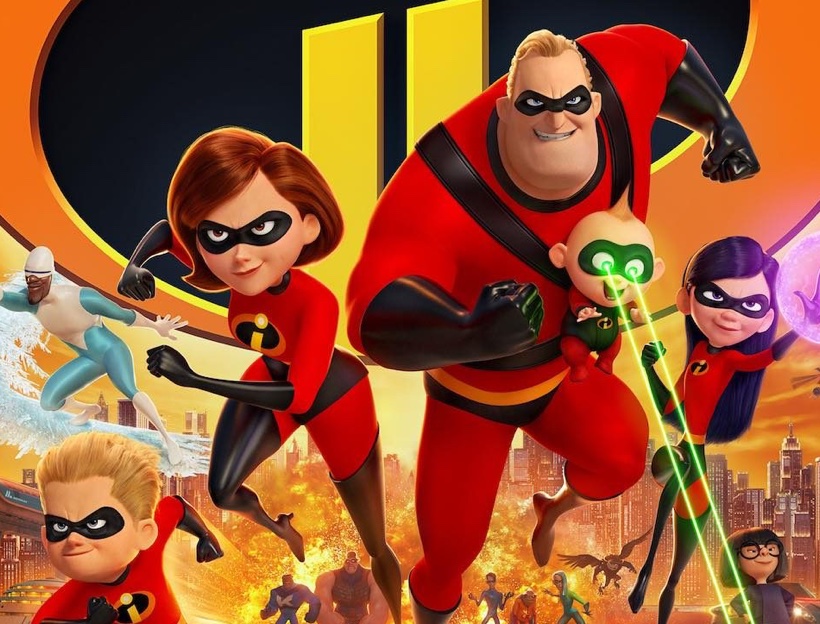 Almost 15 years after the original Incredibles movie first hit theaters, fans have finally been given a sequel. At last we will know what happened to the Parr family (AKA The Incredibles) once they escaped from Syndrome’s island and returned back to their normal lives in a world that was still very much against the existence of superheroes. This is a movie over a decade in the making, a film sitting upon the shoulders of its great predecessor. So considering the hype surrounding this movie, how good is it?

Of course, you’ll be wanting more details than that, so I’ll break things up into two categories: the good and the not-so-incredible.

Most sequels are superfluous. The main story has already been told and the only thing left for the heroes in a sequel is some random adventure that’s not nearly as epic as the original (i.e. Atlantis 2) or for a minor character to find a love interest (i.e. Mulan 2). Even well-crafted sequels like Finding Dory have to deviate from the original plot and establish focus on a side character rather than continue the main story.

The Incredibles does not face this problem. The issue of superheroes being forced into hiding was a major theme in the original film and by the end of Incredibles, while the family had come back together and reinvented themselves as superheroes, the question of their superhero statuses in relation to society was still largely unanswered. This issue needed to be addressed for our heroes to fully experience closure, and Incredibles 2 provides the answer the original left us with: “What happens next?” 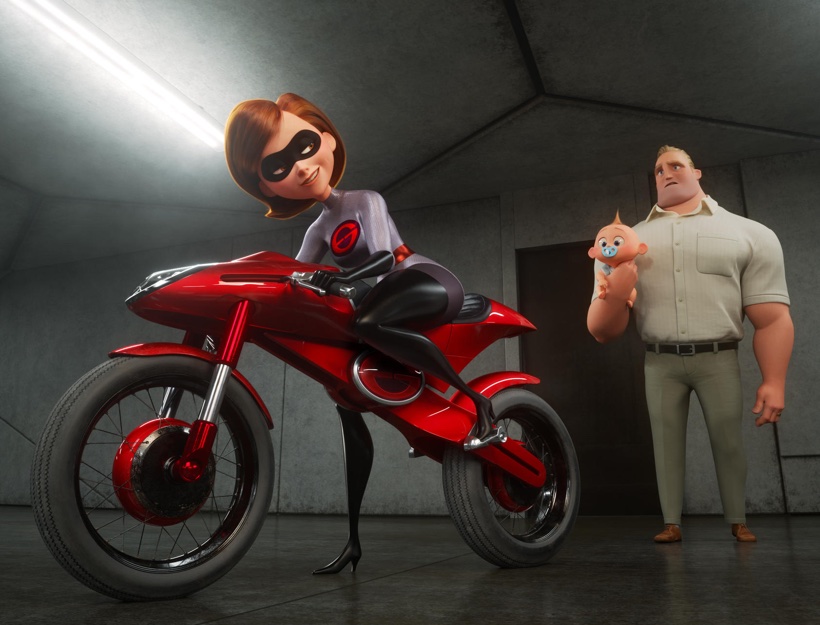 What mattered the most to me from this sequel was something I hadn’t been expecting though: the prominence of its female characters. While Incredibles had focused on Mr. Incredible’s desire for his glory days, Incredibles 2 establishes Elastigirl (AKA Mrs. Incredible) as the main hero. The plot follows her return to fighting crime, her role in stopping ScreenSlaver (a villain passionately crusading against superheroes) and her quest to reestablish the legitimacy of superheroes. There are several other prominent female characters from Elastigirl’s protege Voyd to her daughter Violet, who has her own (charmingly relatable) romantic subplot.

The presence of so many female characters isn’t the best part however: it’s how they are treated. For a movie with so many female leads, this is not a “chick flick”. The movie never acts as though the fact that it is focusing on women makes it a film that is only relevant to a female audience. This is a family film, meant to be viewed by all kinds of people, including children who will get to grow up with Elastigirl as a role model. While there is some tension between Mr. and Mrs. Incredible when their roles change to superheroine and stay-at-home dad, it is never said that Mr. Incredible is angry because saving people is “men’s work” and washing dishes “women’s work”. He simply wants a job as exciting as his wife now has. And parenthood is not swept under the carpet either: the movie goes out of its way to show how hard Mr. Incredible works to do right by his kids, how much they appreciate him for it, and how being a parent makes you a hero in your own right.

It should also be mentioned that the quality of animation has greatly improved since the original Incredibles (which is a beautifully animated film in its own right), making Incredibles 2 a visual delight, especially during action scenes. 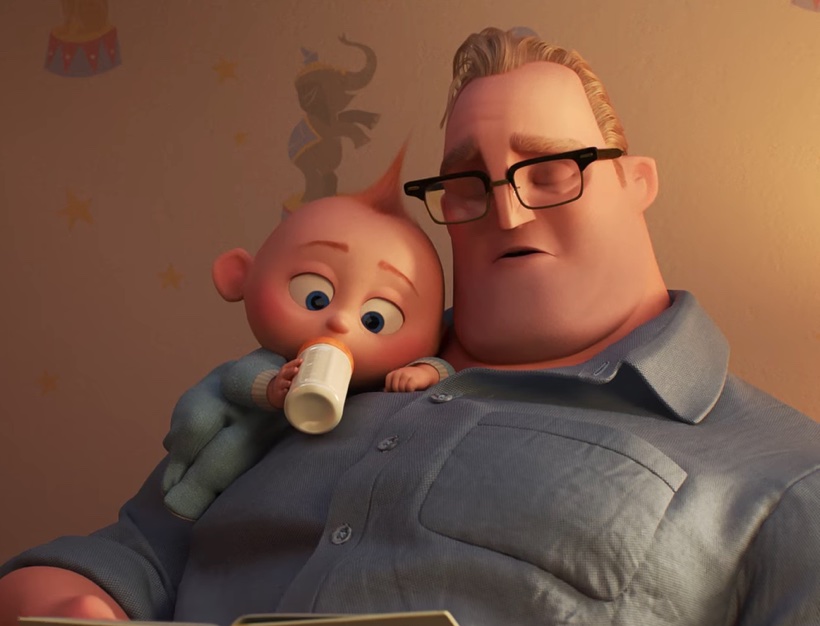 While I did greatly enjoy the movie, there were multiple points, especially near the end, where I found myself asking. “Why do I feel like this isn’t as good as the original?” The movie is full of stunning action sequences, plenty of laughs and tons of heart. So what’s missing? After mulling over the film for a few days, I have come up with a few reasons why Incredibles 2, while a strong sequel, still does not live up to the original glory of The Incredibles.

This means that there is next to nowhere our favorite characters can go in terms of personal growth. Mrs. Incredible gets to return to her work as Elastigirl, but she is simply taking on a new mantle, not learning what it means to be a hero for the first time. Mr. Incredible facing everyday challenges as a stay-at-home dad, but he was already a great father. His relationship with his children remains unchanged, There were some hints early on that the difference in Mr. and Mrs. Incredible’s current career paths might lead to marital difficulties, but this plot line is soon dropped. As a friend of mine pointed out, this likely due to the fact that marriage problems were yet another thing addressed and resolved within the original film, so bringing it up again would be redundant and erase progress made in the first film. Thus the Incredibles themselves do not change in this story. Only the outside world does. 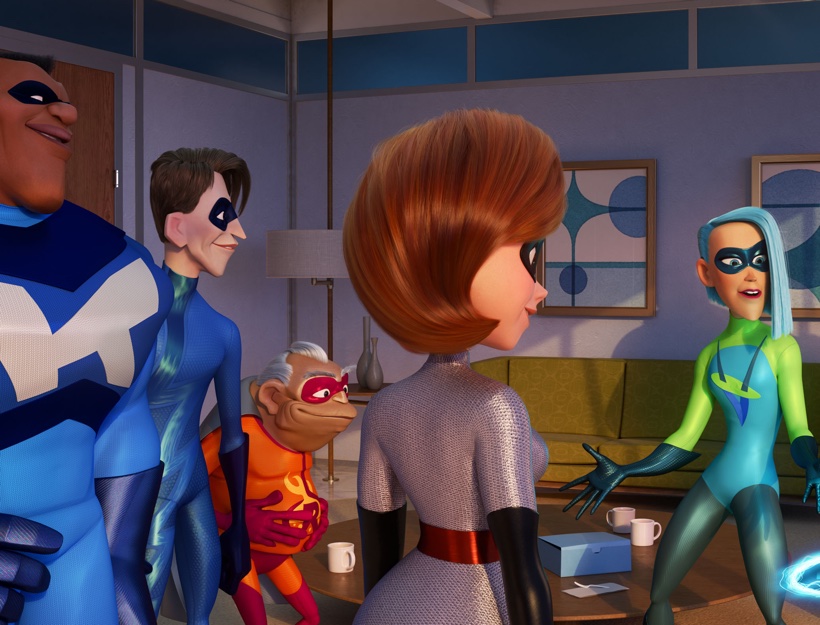 This leads to the other major problem: the events move too dang fast. This is not to say that the movie is paced badly. There was never a moment where I felt that a major plot point was brushed over too quickly or left out. Rather, I mean that the timeline in which things happen is too short. In the Incredibles’ world, the entire world has outlawed superheroes. Not just America, THE ENTIRE WORLD. The events of the film take place over (at most) a few weeks. In that time, the legal status of superheroes WORLDWIDE is changed based primarily on the actions of one hero and one villain in America. The political implications of what is happening in Incredibles 2 are far-reaching and incredibly complex. There is NO WAY things would play out this quickly and simply.

You might argue that such considerations are unnecessary in a family film, and I do agree that the nature of the genre and the limits of theater run-times make what I would ideally desire in the exploration of superhero law impossible. However, these overly simplified events could have been made more believable by one simple change: extend the timeline. Have the movie take place over a period of at least several months, maybe a year. Show how things are changing slowly, how other supers’ lives besides the Incredibles’ are being affected. This would not even need to add to the run time significantly. Simply include a series of vignettes that signify the passage of time and illustrate major events that we do not have time to convey in greater detail. Up has a great example of this technique with Carl and Ellie’s entire life together being told in mere minutes. If Incredibles 2 had included something like this, the audience could have gotten a much better feel for the long-term effects and global consequences of the events happening in the story and the story would be much more believable.

This is a good movie and a great sequel. It is encouraging to see how far film has come. Sequels are no longer simply cash cows, but are thoughtfully-crafted narratives in their own right. Women can have the spotlight and be well-rounded, admirable characters in their own right rather than stereotypes or caricatures. Movies that few decades ago were seen as only “for kids” are now highly anticipated and celebrated by adult audiences. Incredibles 2 is by no means a bad movie. If anything, my qualms with it exist because I can see it had the potential to give us an even greater story rather than the actual content we received being bad. This is a film that I would highly suggest for all ages because I think the stories it tells about family, perseverance and standing up for what you believe in are universal truths that anyone can relate to. Be sure to catch Incredibles 2 while it’s still in theaters so we can continue to see more movies like this get made.

The future is bright!