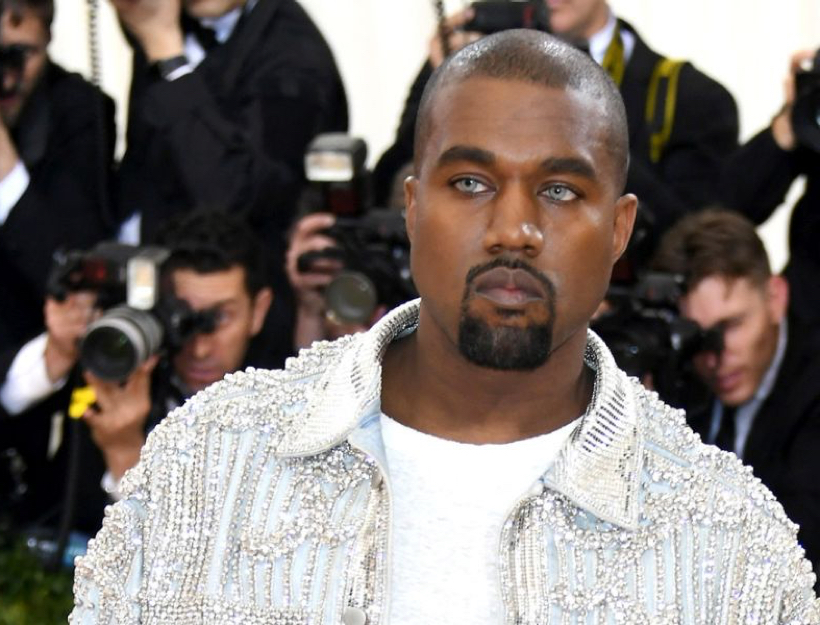 Disclaimer: I chose to start this article off with a quote from one of the most controversial and influential artists in current culture for this topic because not only has Kanye West been extremely vocal about the exclusiveness of the fashion industry, but he is definitely one of the pioneers for opening the door for more minority fashion designers and stylists to be noticed in fashion.

On May 7th social media exploded with pictures of Zendaya, Chadwick Boseman and Rihanna as they shut down the internet with the fire outfits they wore to the famous Met Gala in New York City hosted by Vogue magazine editor Anna Wintour. Each year there is a theme for the event to inspire attendees. This year it was Heavenly Bodies: Fashion and the Catholic Imagination. Designers worked overtime to come up with standout pieces for their prized celebrity to wear. If they can grab headlines, that will transfer into more publicity for themselves and their brand as well as potential new customers and ultimately sales. Since I am a “fashionista” myself, I always check in to see what designers cook up for celebrities to wear. 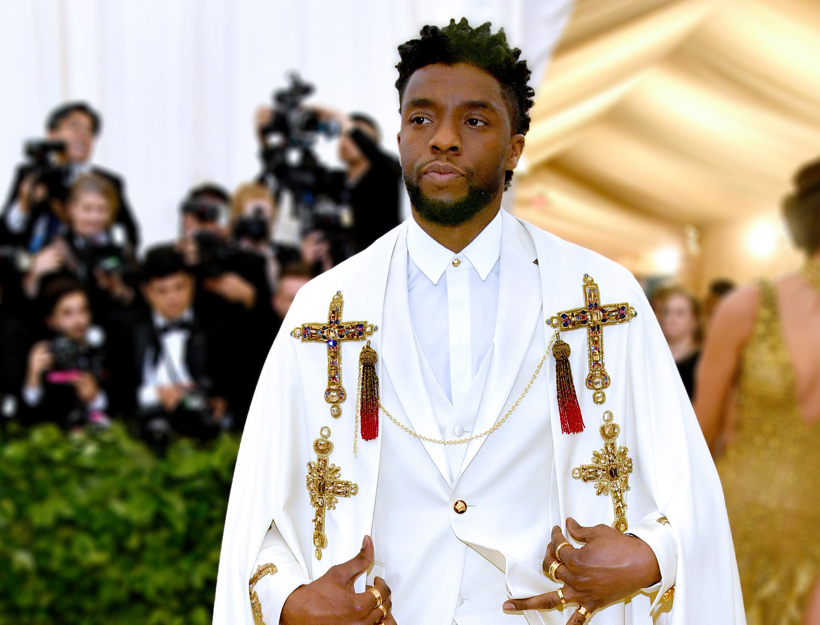 One thing I’ve noticed is that the interest in the Met Gala seems to have grown over the last four years. The photos and videos are seen by an ever-increasingly wide audience, underscoring the importance of exposure at the event for fashion brands. After discussing the increased invites to minority pop stars with some friends via group chat, one of them (shout out PJ!) brought up the idea that the Met Gala, as well as the rest of the fashion community, is garnering more publicity and ultimately more revenue based on these alliances.

For example, check out the stir Beyonce made on the carpet in 2015:

The idea begs the question to the exclusive fashion community, “Are minorities being genuinely included for the diversity we bring to the fashion community? Or are we the new rockstars whose influence you need to capitalize on for the sake of more dollars? Could both be true? 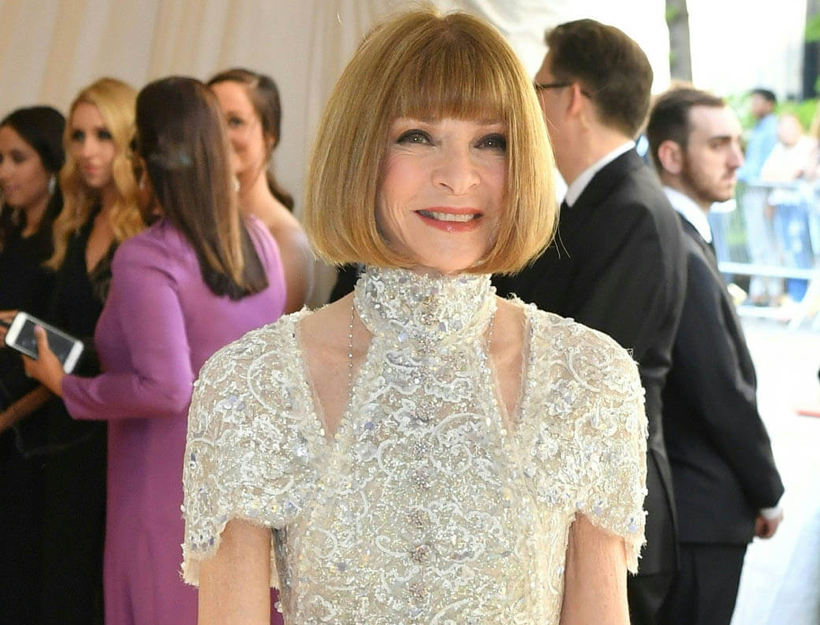 Current interest in haute couture is growing in part because of the inclusion of minority cultural influencers at top fashion events like the Gala. The Met Gala was established in 1948 as a non-profit benefit event to help raise money for the Costume Institute (renamed theAnna Wintour Costume Center in 2014) at the Metropolitan Museum of Art. The official chair of the event since 1995 – and the person who oversees the theme and the guest list for the event – is the legendary Anna Wintour. Wintour has done a great job of picking themes and curating the guest list, but having one person give the final say seems a little outdated for today’s culture. We all want to see our favorite celebrities grace the red carpet in their eye-popping outfits, but there was never this much interest in the Met gala up until recently. So why is there so much interest in the event now? 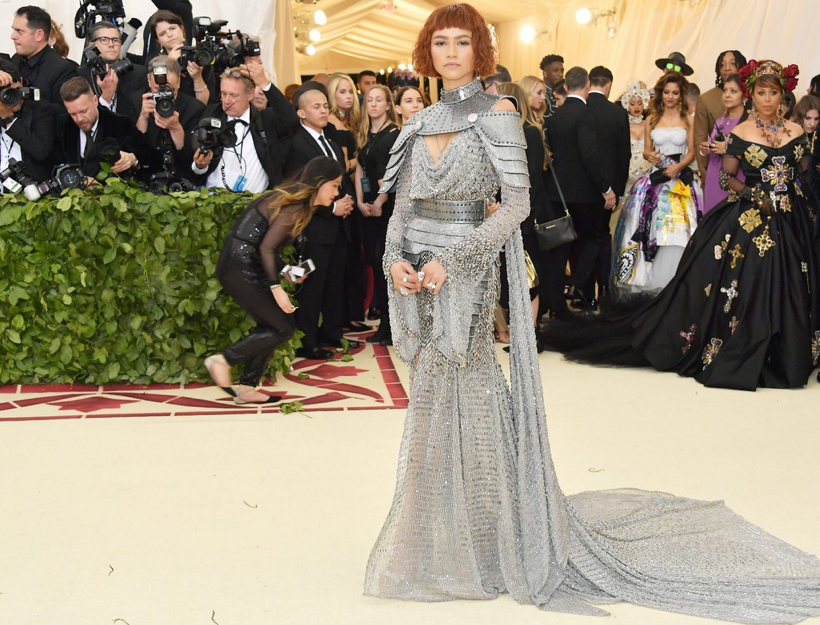 Is it because when Beyonce and Rihanna arrive the world stands still to see what beautiful dress they are showcasing? Or is it Kanye West debuting blue eye contacts or Zendaya pulling off a daring look? I noticed in the last couple of years that the Met Gala is inviting every popular minority influencer to attend their event. Although I appreciate the inclusion, my friend sparked the question that was lingering within my consciousness that made me think, “Is the invite of my favorite minority pop culture influencers genuine inclusion or is it all about increasing the viewing audience to your event?” 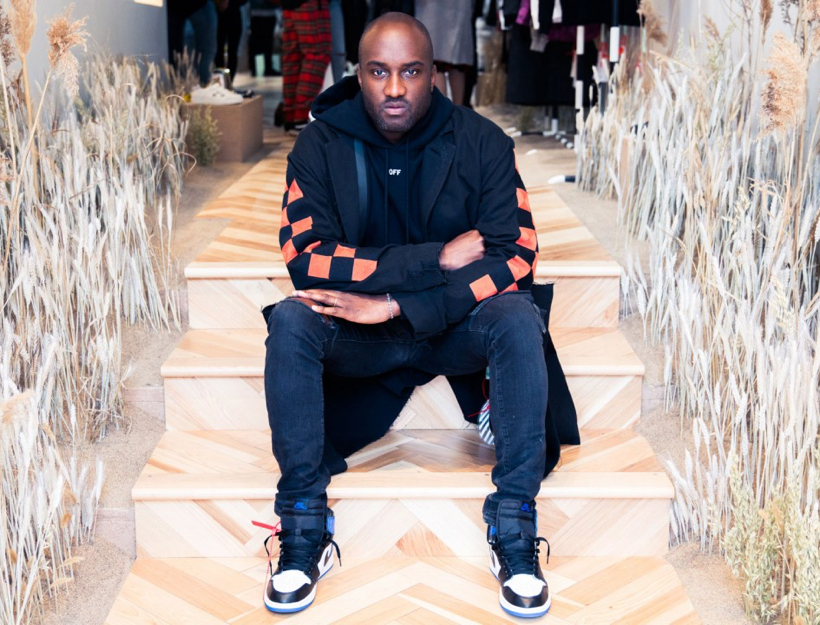 I would like to believe that the fashion industry is trying to change by taking baby steps in the right direction by hiring and including more minorities in the industry. March 2018 Virgil Abloh, an African-American fashion designer who started off as a streetwear designer, was appointed to be the head menswear designer of Louis Vuitton. Abloh becoming the menswear creative director was big news because there has never been an African-American streetwear designer asked to be in such a high creative position, especially in one of the traditional fashion houses. Many critics were skeptical that because Virgil Abloh comes from a streetwear and hip-hop background he would not be able to deliver to Louis Vuitton. Abloh being in this new position solidifies him as a “high-end fashion” designer, but it also shows that perhaps the industry is trying to change and incorporate more minority designers into the traditional fashion houses. 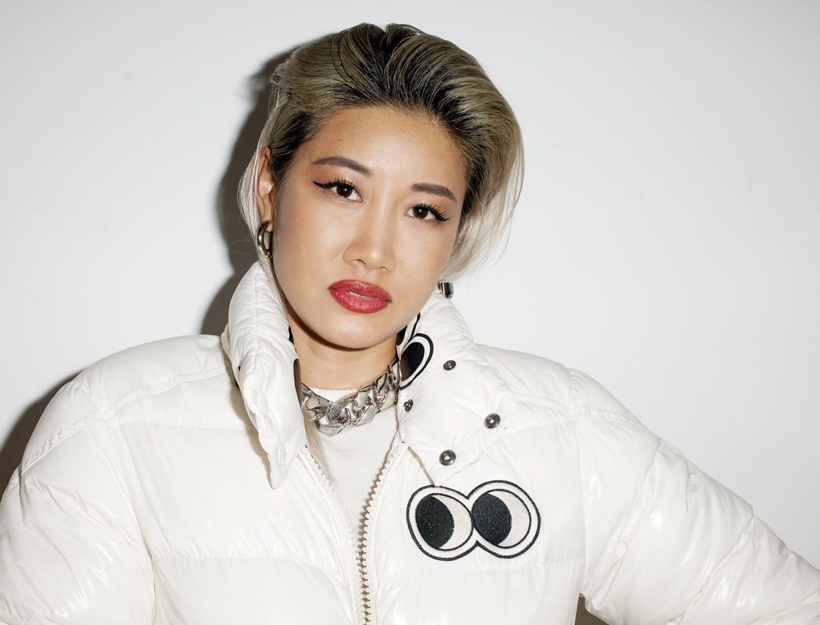 The day Virgil was selected to be the new menswear designer of Louis Vuitton, a Japanese woman was appointed to be the head creative director of the jewelry for Dior. Her name is Yoon Ahn. Yoon created her own brand with husband Verbal (lead vocalist for the Japanese group the Teriyaki Boyz) and named it AMBUSH. Yoon comes from a streetwear background as well. With the AMBUSH brand, she and her husband were able to create products that really found their voice within the hip-hop and streetwear culture, propelling them to the forefront and making them strong influencers in fashion. Yoon and Virgil Abloh have both pushed culture forward in their respective crafts, but what has been more interesting is the massive following they have gained through design alone. The supporters these designers have gained are not your typical old, traditional fashion consumer. These consumers are young and are interested in more than just fashion. They are searching to be a part of what’s popular now, but also of what holds their attention the longest. These are also the kids who are spending money to purchase expensive clothing products from their favorite brands and designers. 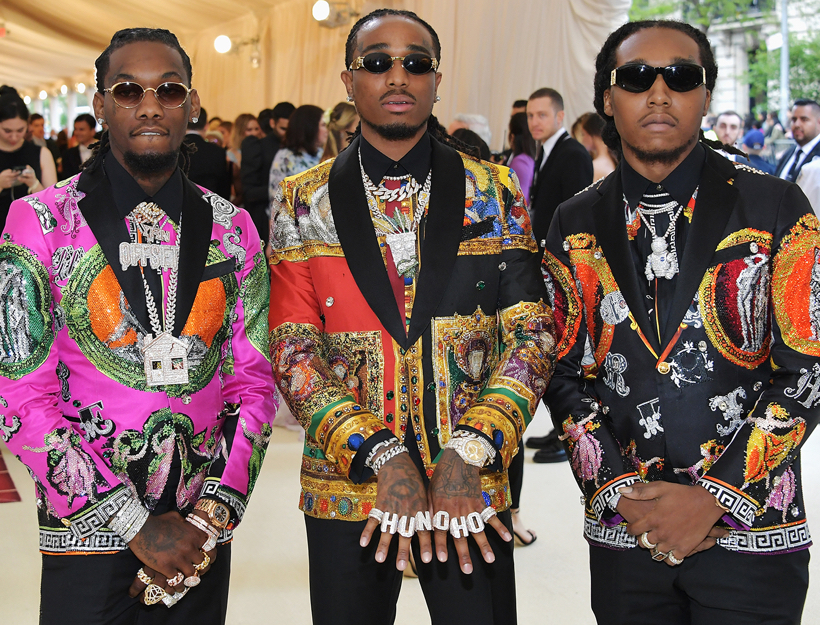 Although I appreciate seeing the Migos, Luka Sabbat, Yara Shahidi and Leticia Wright being invited to the Met Gala, I would like to see more minorities put into higher positions of creative power and I think it needs to happen much more quickly. 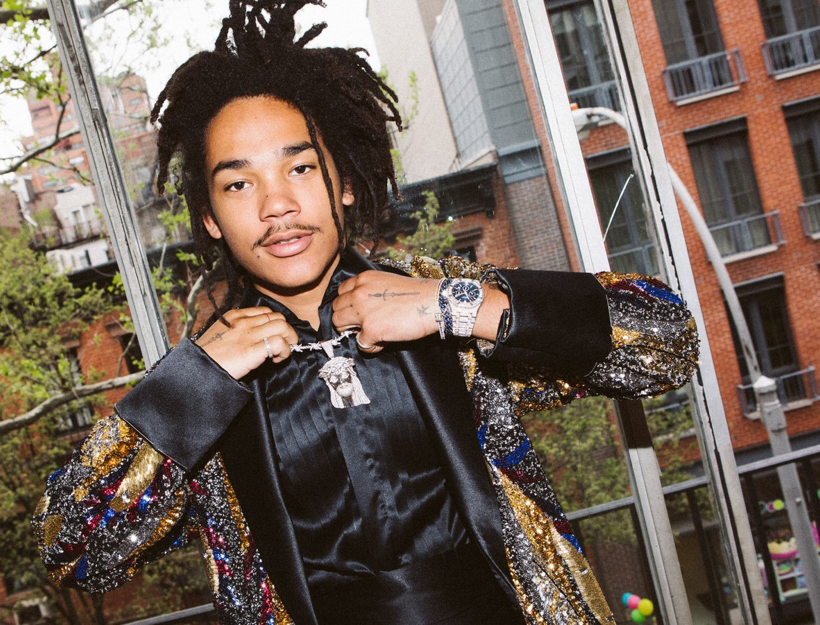 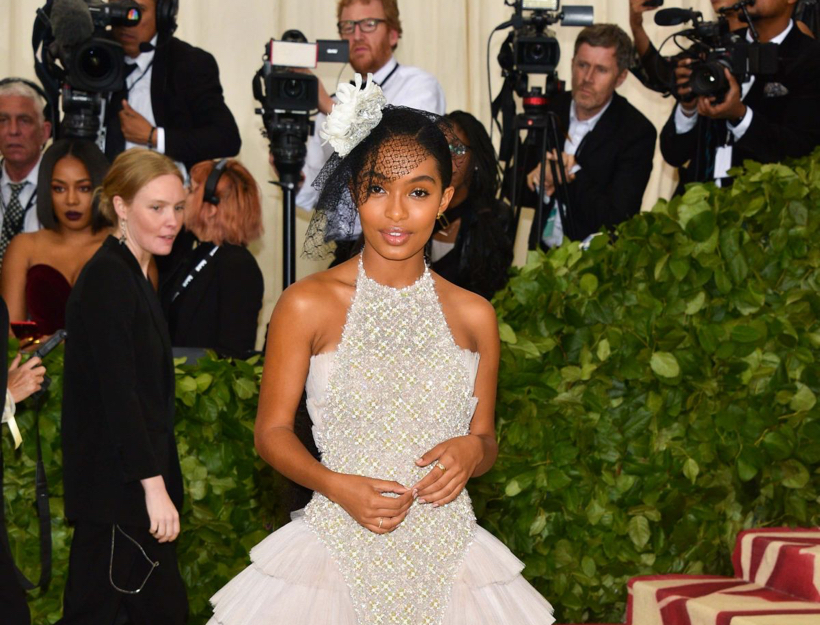 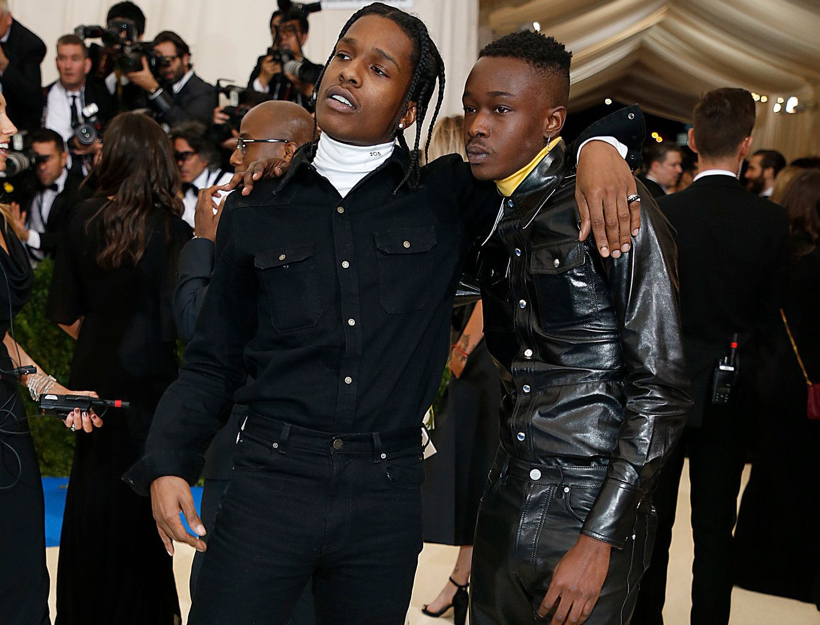 How about giving A$AP Rocky a creative director position at Raf Simons or Aleali May an artistic director role at Chanel? There are currently only two African-American designers that hold high creative positions at traditional fashion houses: Olivier Rousteing over at Balmain and Virgil Abloh at Louis Vuitton. 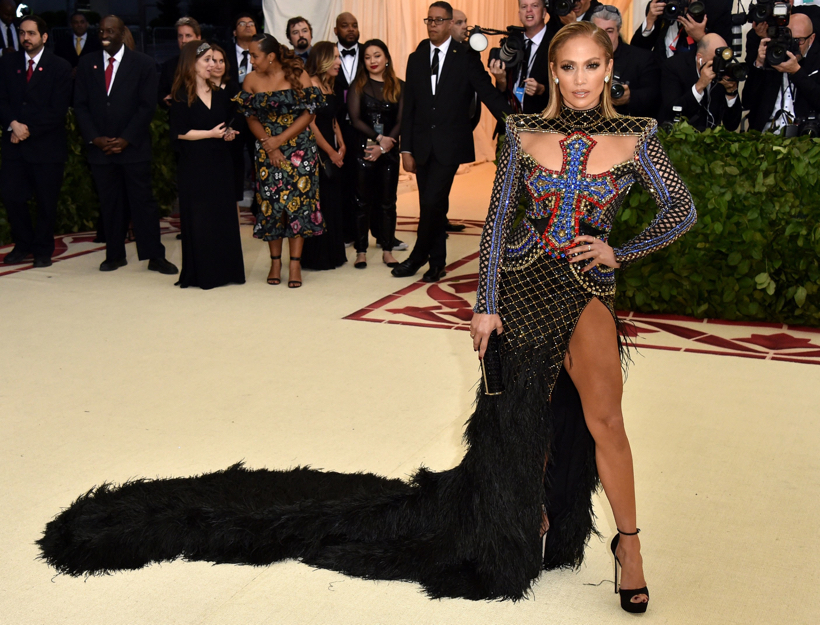 It’s also time to see more opportunities given to the Latino community. Inviting Jennifer Lopez every year to the Met Gala is cool, but how about appointing a board of directors instead of giving all the power to one chairperson? Appointing a board of directors that has more diversity represented will make the Met Gala and the fashion community inviting all these cultural influencers much more genuine. Like Kanye’s quote, I believe that many of these minority influencers are the new rock stars.  As such, they should be given not only more opportunities within the fashion community, but also positions of creative power, influence and compensation. The time has arrived and it is now.
*