Five Feet Apart tells the story of Stella and Will – two teenagers with cystic fibrosis – their struggles, and the love that blooms between them in the most star-crossed of places. Cystic fibrosis is a genetically inherited disease which causes buildups of mucus within the body that eventually overcome the lungs and digestive system, leading to death. In a cruel irony, the very disease that connects Stella and Will is also what separates them. CF patients must stay six feet away from each other at all times in order to avoid catching each others’ specific strains of bacteria which can lead to serious infections, removal from the transplant list, and a much quicker death. With lives fraught with the constant prospect of death on the horizon, how is it possible to make the most of the time they have left?

At first glance, this is not the sort of film I would usually pick up as I’m not the biggest fan of watching a movie for the sole purpose of crying my eyes out. While this story has certainly made countless viewers cry, I found myself dry-eyed throughout my viewing, but instead being left at the end with a profound empathy.  Five Feet Apart does not exist simply to cause pain. Rather, it is an exploration of what makes life so beautiful, both the parts we experience and those which we are denied. What does a relationship look like when you can’t so much as hold your lover’s hand?

The result is a bittersweet yet charming tale that keeps the audience engaged from beginning to end. Stella and Will  have spent their lives in and out of hospitals, knowing each day may be their last. They would have more right than most to be sullen and despondent at their lot in life, yet both of them find ways to express themselves: Stella with her blogging and Will with his satirical cartoons. Their situation, rather than detracting from their joy, makes each simple pleasure they experience together that much purer.

In his premiere film as a director, Justin Baldoni does an excellent job of taking a relatively small budget of 7 million and the contained space of a hospital and exploring all of the possibilities to the fullest. How would you have a date at a hospital? Where would you go? What would you do? My favorite scene of the film occurs by the pool during said date. Stella and Will, both having admitted their mutual attraction, stand before each other and strip down to their underwear. Their bodies are covered in scars  from surgeries and stomach tubes. Still, all they see is each others’ beauty. The sad truth that they will never be able to touch each other is painfully clear in this scene. 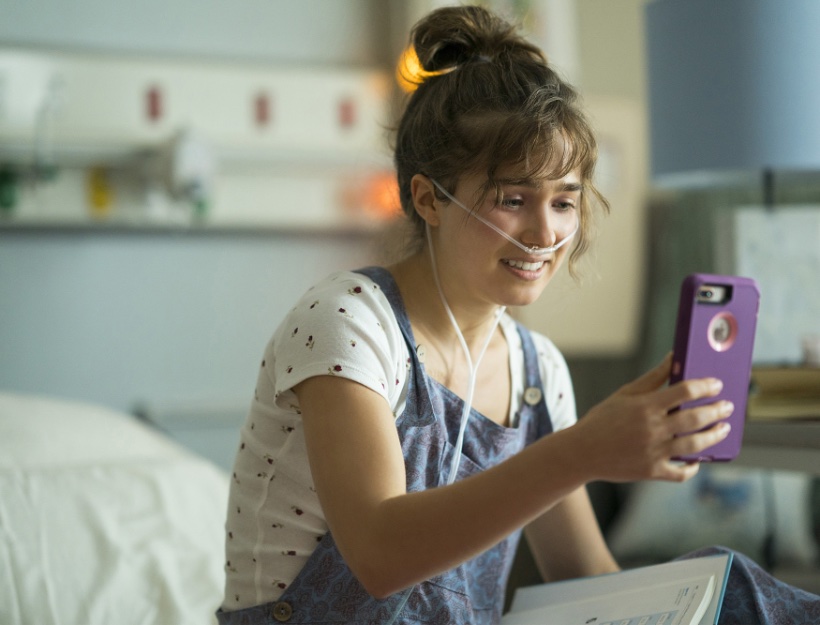 The film’s theme of joy in the face of life’s difficulties is recognizable on its own, but is even more understandable once the inspiration for the film is revealed: Claire Wineland. Best known for the Facebook page The Clairity Project and her Youtube channel, Claire Wineland was a remarkable young woman who dedicated her life to educating people on what a life with cystic fibrosis is like, both the joys and the hardships. With the certainty of an early death being taught to Claire from a young age, she ceased to fear it in the way most people do and talked openly about what it was like living with a terminal illness, the procedures and treatments she went through, as well as the fun and adventures she had with her family and friends. 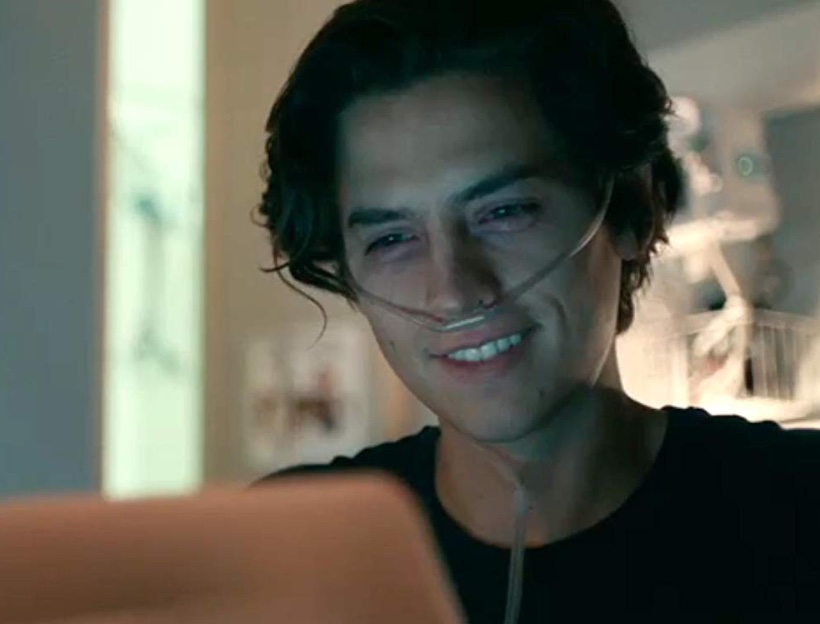 Claire inspired Baldoni to create Five Feet Apart after they collaborated together on the TV series My Last Days. While the film was in production, she also acted as a consultant for the film and contributed in many ways such as storyboarding and brainstorming with Baldoni and writers Tobias Iaconis and Mikki Daughtry, helping Sprouse and Richardson accurately imitate CF coughs, and decorating Stella’s hospital room set. In many ways Richardson’s performance of Stella, especially her blogging, is a direct tribute to Wineland. Sadly, Claire passed away due to complications following a double lung transplant in September of 2018. Though she did not get to see the finished project, Claire certainly would have appreciated the message that Five Feet Apart has to share. As she explained for the blog Death Wish Coffee, “As I grew up with CF, I started to realize that the way in which sick people are actually represented, and talked about in society…is degrading. People don’t see them as full, complex beings with wide ranges of emotions, life experience and valid things to share with the world,” Wineland would be proud to see that Stella and Will are both far more than their disease.

It is such a simple desire, to touch someone. Something that most of us take for granted. Five Feet Apart reminds us how wonderful each and every joy we have in life is and how often we take simple things for granted. Still, we are not led to pity Will or Stella and the lives they live. Disease does not limit potential and a full life is not measured in the length of days lived. Claire Wineland is certainly proof of this. This is not simply a movie to make you cry – it is a film to make you think. Watch Five Feet Apart with a loved one and once it is over, give them a hug. Bask in the simple joy of touch. Enjoy what it feels like to be alive.
*