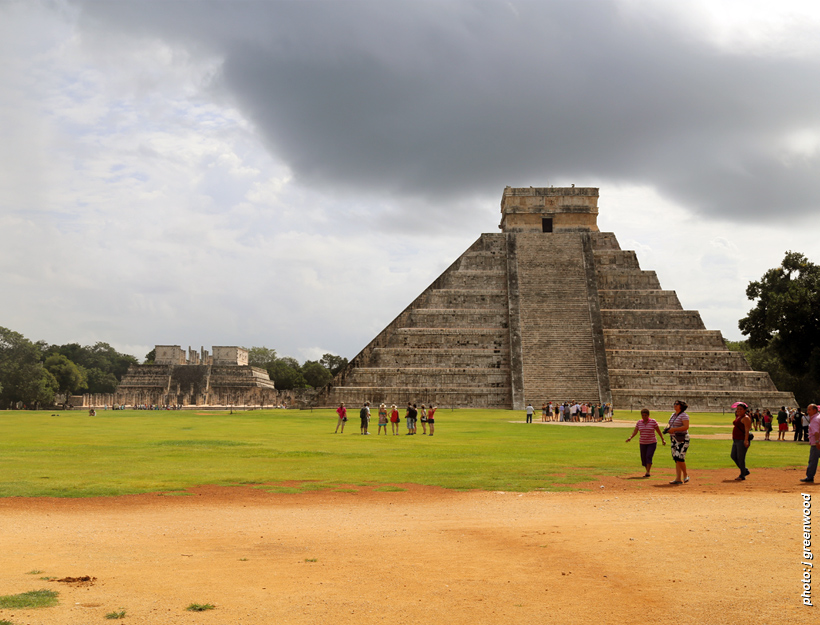 El Castillo Pyramid and the Temple of a Thousand Warriors at Chichén Itzá.

The Chichén Itzá Archaeological Zone is one of the busiest tourist destinations in Mexico. It is in Yucatan State in the center of the Yucatan Peninsula. We visited the site in October. It was pretty hot and very humid. Our guides said it was actually cooler than normal, so be prepared to sweat a little bit, as you will be walking around the site for several hours.

Chichén Itzá was for some time believed to be the center of the civilization, its capital. The buildings, carvings, jungle atmosphere, and general Mayan ambiance are quite different than European sites as this Mayan civilization was built without any influence from over the Atlantic. Different beliefs, gods, life-sustaining forces, foods, enemies, all created a vast and interconnected Mayan culture that expanded and shrank for thousands of years before the Spanish arrived and eventually took over their lands in the 16th century. 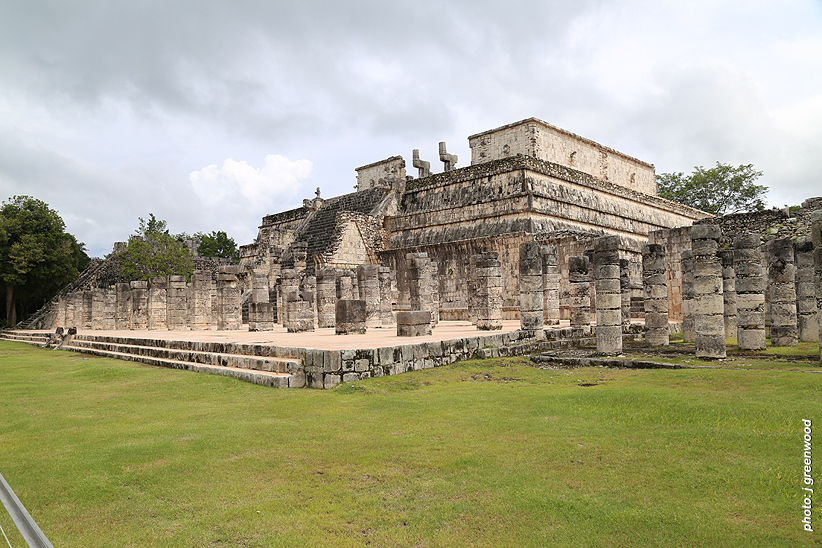 Temple of a Thousand Warriors – adjacent to the pyramid.

This beautiful stone building was my favorite, ‘Temple of a Thousand Warriors’. The pillars in front of the temple are all individually carved stone warriors. Each one is gorgeous. I wish I could show them each individually, but I couldn’t shoot pictures of them all. See the gallery for a good example. The temple is also surrounded by circular pillars which held up another floor above.

There is also a massive observatory where the priests would look to the heavens. They calculated the seasons for agriculture, rains, and number systems. This monument is capped off with a very large dome of stone. It is another great example of large-scale Mayan architecture. 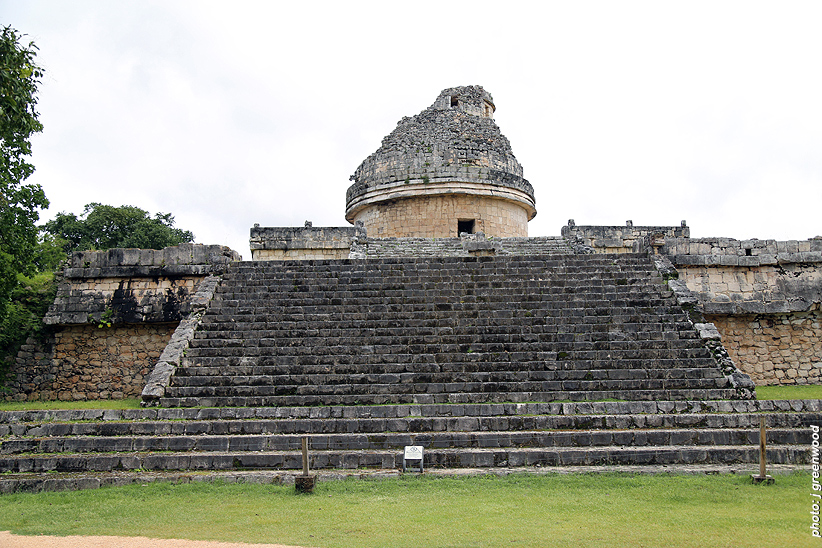 Other things you might like to know if you seek out this world treasure: There is onsite parking. You will be encountering some fairly pushy vendors outside the entrance. Our tour guides said it is best not to engage them, as most of the proceeds from this merchandise do not support the local economy. There are also vendors inside. The wares they sell are fairly inexpensive. You cannot scale the pyramid or enter any of the ruins. There are wild animals you may encounter along the way, as the site is surrounded by jungle. It gets crowded with tourists, most of whom arrive on tour buses, so there are many packs with a guide who is generally knowledgeable. You might listen in if you paid your own way in 🙂
* 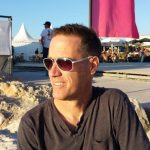 Hi, I am a photographer and skateboarder who loves to travel. I've been fortunate to travel all over the Western United States, Mexico, the Caribbean, and a couple of times to Europe. I like to include some skateboard culture, history, and leisure into my trips as much as possible.