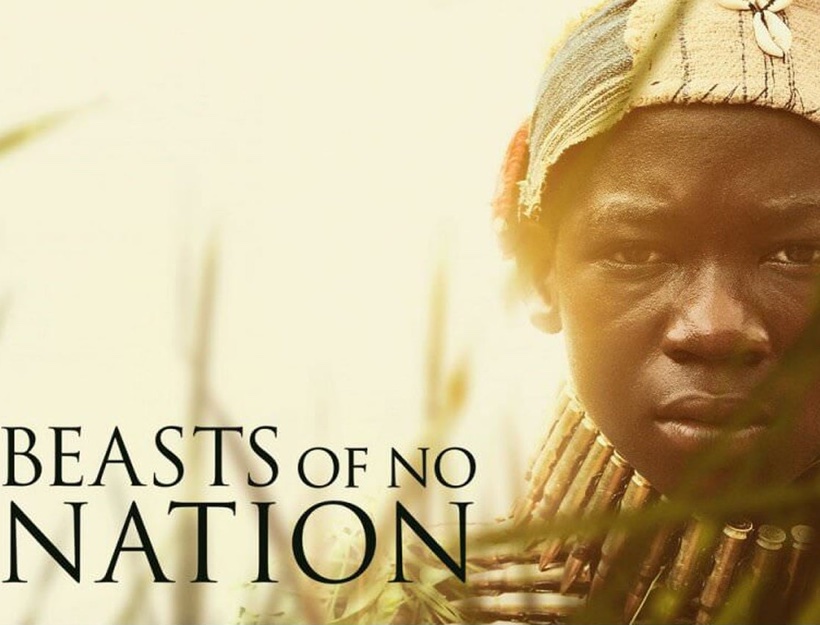 Beasts of No Nation

Beasts of No Nation is the story of Agu, a young boy forced by horrendous circumstances into becoming a child soldier in an undisclosed country in West Africa. Throughout the film, we follow Agu from his happy days with his family to the death and loss of his loved ones, leading into his indoctrination as a child soldier and the aftermath that follows. This is a film that does not pull back from showing the ugly face of war and the fact that in times like this there are no heroes, only survivors.

From the moment it begins, Beasts of No Nation draws its audience in with is stunning cinematography and charming characters. It is obvious that devastation is coming, but that does not prevent you from becoming attached to the lovable, realistic family members and villagers. Their loss, though expected, still hits hard. You will worry for Agu’s safety as he faces endless dangers around every turn, but be even more concerned for the state of his mind and soul as he becomes corrupted in order to survive in his hellish new world. 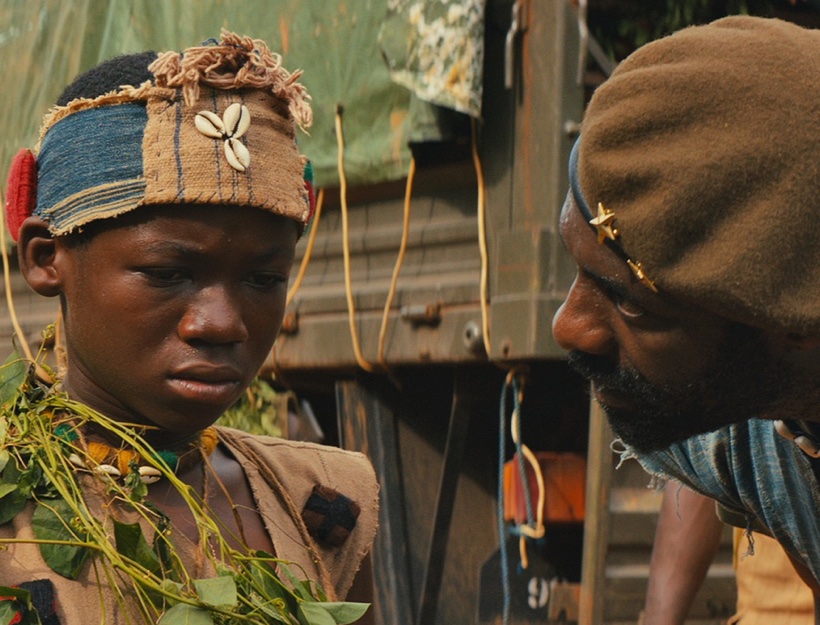 The film is told solely through Agu’s perspective, showing events as they unfold before his eyes. This means that instead of seeing the situation in black and white terms, the audience is exposed to the nuanced complexities of Agu’s own emotional journey. The Commandant who recruits Agu and his fellow child soldiers is not seen as evil by Agu and the troop. Idris Elba does an amazing job of showing the charisma, courage and skills necessary for the Commandant to keep these children at his beck and call. To Agu, as the Commandant reiterates again and again, he is these boys’ father and they are his family. For a child with no family to run to, who else can Agu turn to for protection?

Of course, things quickly turn sour, and we see the heartbreaking transformation Agu goes through as he is forced to lose all innocence, rationality and faith. For a time, Agu is a loyal follower, driven by his admiration for the Commandant. However, once this trust is lost, Agu finds he has no one he can rely on and nothing to believe in. His life is nothing but the constant chaos of war. He is told to loathe the government soldiers who killed his family, but soon the wrath of his troop is directed toward innocent villagers, women, children, anyone who gets in the Commandant’s way. Agu’s army may claim to be fighting for the people of his nation, but there is no true justice: there is only bloodshed. 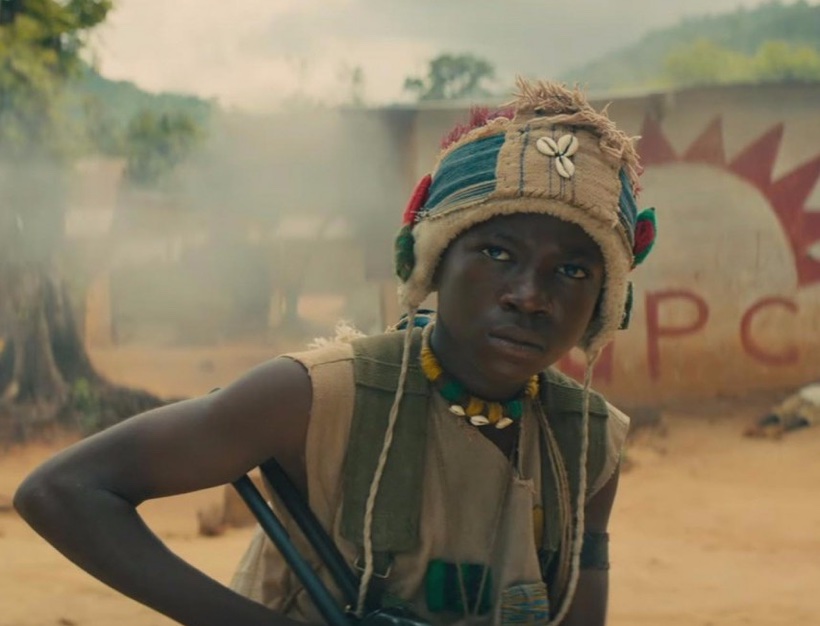 It is fitting that no specific country is mentioned throughout the film as the story portrayed here is common to child soldiers throughout not only Africa, but the world. In 2016, the UN Secretary General released a list of over a dozen countries in which child soldiers are recruited, places as disparate as Somalia, Yemen, Colombia and the Philippines. Beasts of No Nation is not a history lesson. It is happening in the world today. This film shows the horrors of war. Rape, pedophilia, children being beaten to death by other children… horrible, unspeakable things that should only be shown in order that those who see them may feel compelled to put a stop to them. We cannot let such travesties continue when we have the power to help those in need.

Agu’s story does end on a more hopeful note. Saved from the war and taken to a camp for former child soldiers like himself, Agu is finally encouraged to be a child again. Tragically, it is clear that things will never be the same for him. As he puts it, sitting there with a counselor many years his senior, he is like an old man while she is a little girl when it comes to matters of war. He cannot speak of all the horrible things he has done and those atrocities inflicted upon him, for then he fears he would be seen as a beast, something less than human. But he remembers he had a family and that he was loved. Who he once was is not utterly lost. He may not be able to regain his innocence, but he will move forward with his life. 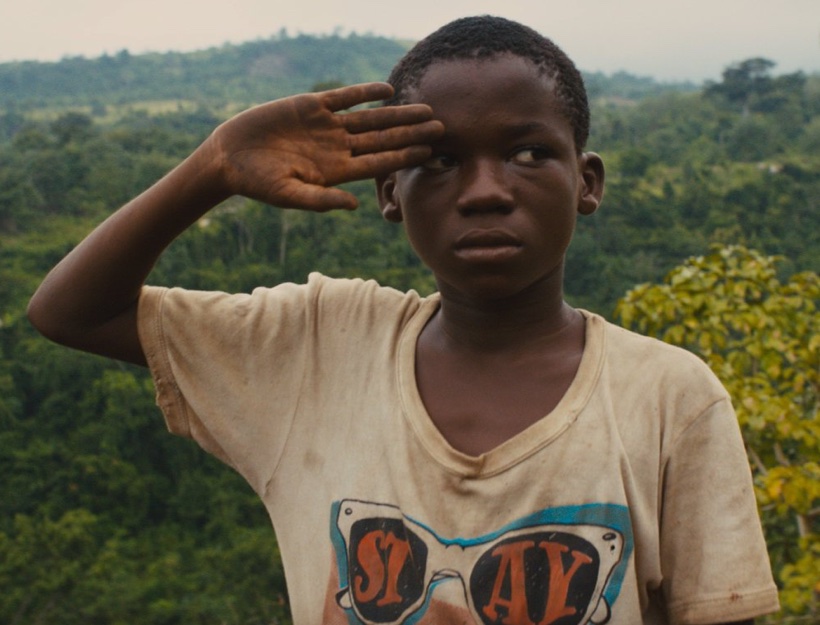 Considering that this film recruited former child soldiers to act as extras and consultants on set, Beasts of No Nation is a testament to the fact that there is life to be had after the tragedies of war.

Beasts of No Nation is not an easy film to watch. The images shown will haunt you and you may find yourself thinking on these tragedies when you would rather focus on happier thoughts. But this is not a bad thing: it is what the film is meant to accomplish. Carry these characters’ stories in your heart, and use them to inspire you to make a difference even in the darkest of places. In the end, there is hope, and that is thanks to those who reach out and give of themselves to those in most dire, desperate need.

“You must be the change you wish to see in the world.” – Mahatma Gandhi
*