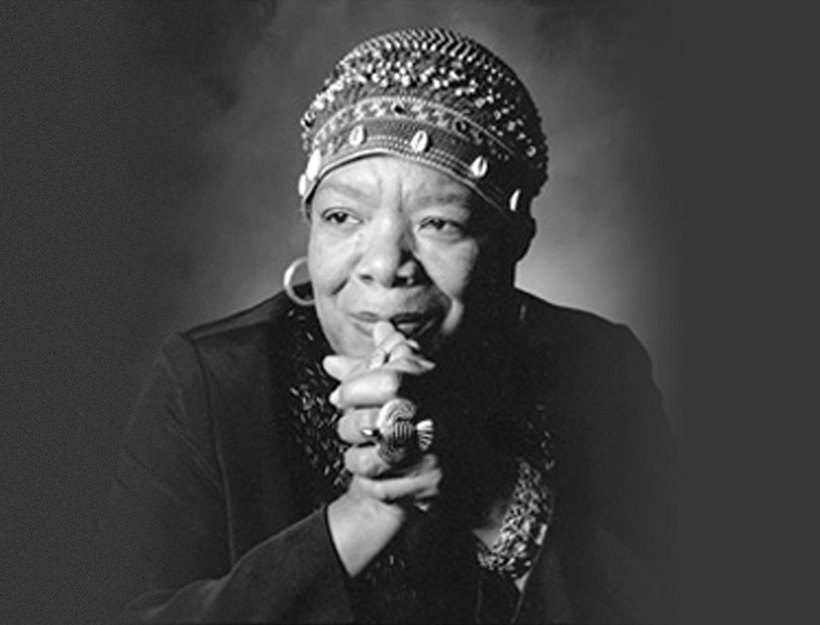 A Tribute to Maya Angelou

As we settle into Women’s History Month, I think of all the women who came before me, all the women who made space for my existence. At the top of my list is always Dr. Maya Angelou. Since childhood, she was an icon to me. She was a woman who did it all – she danced, sang, acted, was a poet, mother, lover and lived to tell the story of it all.

In May 2013, I released my third collection of poetry, entitled Dearly Beloved. It was a gathering of poetry written to people I loved, even if only for a split second. The first poem in that collection was written to Dr. Maya Angelou.

I will be unfinished without you, Maya

Do not go before I have your stamp

Mother like into a book of everything simple in me

These poems, Maya, saved me

I would say it was you

Have lived long enough to know what you mean

To a Black. Girl. Poet

Among all other things

Remind me of the kind of woman I will always be

How now, is just as then will be

I will magic myself older and brighter

But before you go

Over the course of my life, I have often heard her voice in my head. Heard her say, “Love liberates, baby” or, “When someone shows you who they are, believe them the first time.” Dr. Angelou has always represented a kind of quintessential black grandmother energy. It is only now in my adulthood that I fully realize she was born, was a child, was a woman of 20. She always seemed old and wise to me.

The morning her death was announced, May 28, 2014, I was on my way to San Francisco to meet with the leadership of Sephora. I was thrilled to be at the point in my poetry career that an international company such as Sephora was interested in my work. I remember getting out of the shower, and the woman I was dating at the time said, “Maya died.” Without hesitation, I said, “I guess she is passing the torch.” I believe I meant passing the torch to me. I was so clear about it in the moment. I suppose that came from feeling so deeply connected to her. I think that is what happens when a writer gives pieces of themselves so selflessly.  The things that connect me to her work are the very things she taught me were valid in my own. I felt a sadness about her death because it meant that the connection I felt would never get to occupy time and space with her.

As I sat at the gate waiting to board the plane, my phone rang. It was the director, Anabella Casanova, from the web series I had done with SoulPancake. She was calling to see if I wanted to shoot a tribute to Dr. Angelou to be released the same day. I shared with her that I was on my way to San Francisco. She said, “OK, if I can find a crew to shoot you, will you do it?” As I agreed, I realized that meant I had to have a poem to share in one hour when my plane landed. I figured if heaven is a real place, on that plane was the closest I’d ever be to Dr. Maya. So I looked out that window and asked every god and angel to grant me access, to give me the poem worthy of this woman who meant so much to so many. I’m sure every person who could see me thought I was insane as I mumbled and cried while furiously typing, but when I landed I had the poem finished.  A few hours later on the streets of San Francisco, I read the poem for the first time. In one of the takes, I began crying. It was then that I realized just how much we had lost.

PBS recently released AMERICAN MASTERS Maya Angelou: And Still I Rise. Every time I have the opportunity to interact with her work or an interview, I learn so much.  In the 1 minute 54 seconds, she and others talk about her life, work, love, friendships and the climate she lived in. It was spectacular to witness such a full life lived, to see that her pain and experiences became the things that set her and others free.

I am forever grateful for the life of Dr. Angelou, not just for her art and all she taught while living, but for what her legacy continues to teach. I stand on the shoulders of the life and spirit of Dr. Maya Angelou; I am because she was.