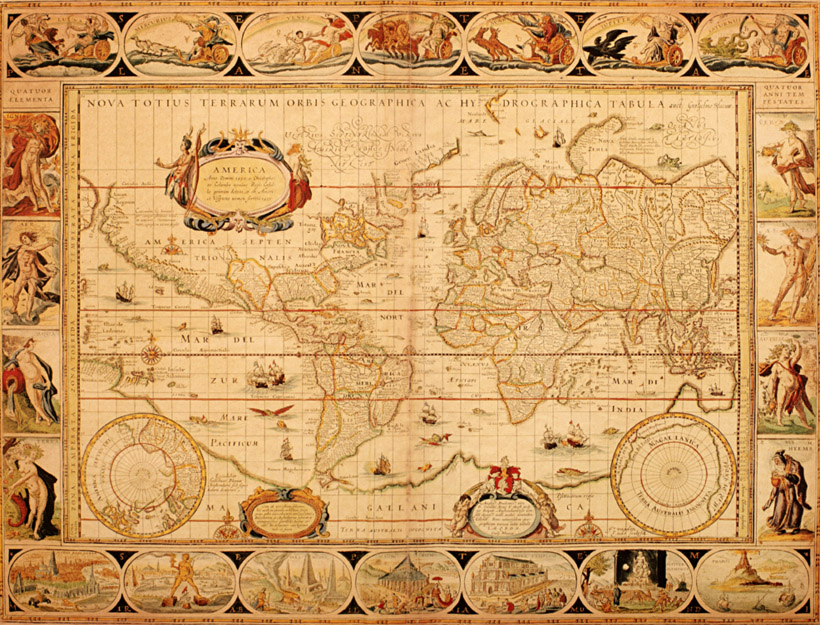 During the Civil War, the North believed themselves to be right, as did the South.

During WWI, WWII, the Korean War, the Vietnam War, and practically every conceivable war ever fought, each side believed themselves to be right.

Off the battlefield, the situation remains the same.

So who is right?

Or – a difficult subject for many and one that I hesitate to bring up – what about those who oppose gay marriage, who oppose the equality of race, or gender, or religion?

Full disclosure number 1: I am a white, straight male with a pretty decent upbringing. I have the freedom to choose what I want to do, and I’ve had little compared to some in the way of resistance. Both parents have supported me greatly in what I want to do. So I am not claiming to know the struggles of a black man currently living in America, nor am I claiming to know what it is like to fear coming out to your friends in case they don’t accept you, nor do I know what it is like to have to fight to be paid as much as a man who’s doing the same job as you.

Full disclosure number 2: I still believe it is important to bring up these issues and perhaps – perhaps not – but perhaps that can be my role. I believe in equality for everyone. I believe that violence is rarely the answer, if ever, and I believe that war should never be entered into lightly. I believe that everyone has something to offer and that all race, gender, sexual orientation, religion, etc. should be welcomed into society with open arms.

I also recognise that there are those who do not think this way and that discussions should be, and can be, entered into – such as this one – to avoid fear, anger, and division among people.

So, with that in mind, I pose this question:

Whose right is right?

And how do you know? Is what you believe the correct belief? Should you act on your belief? Is it right to have equality for all? Is it right not to?

Do you believe, as Donald Trump seems to (or seemed to) that Muslims should be banned from entering America? Should you waive those beliefs for the sake of those who believe differently? Should you enter into a serious, calm discussion with those who believe differently in an attempt to learn and grow in your belief and in what you believe to be right?

Is how right someone is even a measurable entity?

Perhaps, instead, the measurability of ‘right’ can only be calculated after the event, in hindsight. If that is the case – which it seems to be, as now you’ve admitted you were wrong in saying the earth was flat – then how can you now say you are right in saying the earth is round?

Basically, if you say you’re right about something that is occurring now, you’re wrong (simply because it’s impossible to know that you’re right). You might be right. But the very fact of claiming to be right without actually being able to know you are right means you are wrong.

Funnily enough, the ability to judge how right you are in hindsight is also shifty at best because there will always be more hindsight (and because there will always be a parallel universe in which the other ‘right’ will be playing out and you can’t access that universe to determine whether or not that outcome was better. For an example or what I’m talking about, watch Community season 3, episode 4)

But that’s going off on a mild tangent, so I’m going to bring it back.

If you haven’t figured out by now, I’m kinda getting at the whole thing that most of the time when we say, ‘I’m right about this’, what we usually mean is, ‘I believe I’m right about this’. Incidentally, that’s a perfectly adequate thing to say: it’s reasonable, it’s honest, and it invites conversation by those who believe something different.

Because (guess what) theirs’ is a belief as well.

So, with all this in mind, and because I don’t like closing an essay off from discussion and contemplation, I put forth the question again: Whose right is right?

And what does that even mean?
*