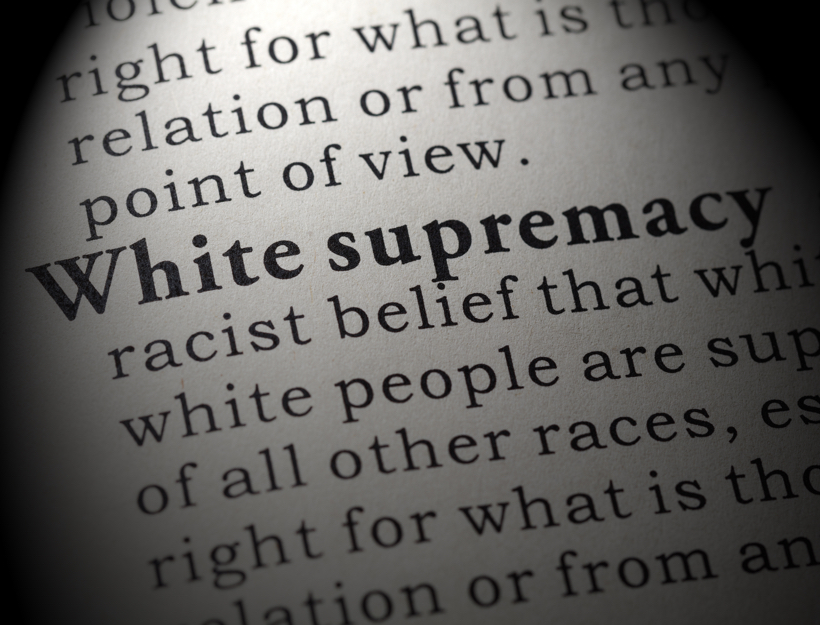 Often we imagine the U.S. to be the bastion of democratic notions and faith throughout the world.

An exemplar of the concepts of justice and equality that other nations aspire to replicate. And that everyone is on board with the ideals of a free, democratic society such that we are all working for the same glorious vision captured in the founding documents of the nation.

Such is not the case, however, as we have certainly seen from the insurrectionists who stormed the Capitol on January 6 in a futile attempt to overturn an election. An election that by all reputable accounts was free of large-scale fraud and that accurately counted the votes of millions of citizens. While this is the first time seditionists had ever breached the walls of the seat of our country’s elected representatives, there are disturbingly numerous other examples of armed and violent attacks on our democratic institutions in our history. In addition, these insurgencies are grounded in a racist belief system that People of Color, particularly African-Americans, are not fit to be citizens of this country and therefore should not be granted equal rights.

During the Reconstruction Period after the Civil War, President Ulysses S. Grant was occupied not only with the rebuilding of the Union in the aftermath of the war, but also with battling white nationalists (such as the Ku Klux Klan) as they wrecked havoc across the South.

The objective was to install white supremacists in state houses throughout the Confederacy and the tools utilized were terror, violence, assassination and in Louisiana in 1874 as Grant biographer Jean Smith notes, a “coup d’etat.”

President Grant certainly had his hands full attempting to crush the despicable activities of the KKK, the White League and other related groups. He employed a variety of tools in order to bring order and peace to the country, including several that President Biden and the Department of Justice (DOJ) are utilizing today. The extraordinarily heavily armed and protected Capitol by 25,000 National Guard troops during Biden’s Inauguration Ceremony is very similar to Grant’s use of overpowering military force in states like Louisiana, South Carolina and Mississippi in the 1860’s and 70’s.

In addition, Grant and the contemporaneous DOJ directed U.S. attorneys to work overtime and to secure hundreds of indictments against the perpetrators of these heinous acts. Grant even passed through Congress an anti-KKK bill in order to target violent white extremists for their crimes which resulted in even more convictions. Biden and DOJ attorneys are working on similar prosecutions for those responsible for the January 6 attack which left 5 dead and hundreds of people injured. And like Grant, at this writing, several hundred participants of the riot have been charged and some are in custody waiting their trials.

Certainly, it is difficult to heal without accountability.

How that accountability is meted out matters, though. During his efforts to rid the South of white terror groups, General Philip Sheridan sent a wire to Grant suggesting that White League leaders should be arrested and possibly executed. Unfortunately, the wire leaked to the press and Grant was severely criticized for running what was called at the time a ‘government by bayonet’ notes University of Virginia American history professor, Caroline Janney. As a result, Grant’s party lost the House of Representatives, the courts gutted his Enforcement Acts and it set the stage for the Compromise of 1877 and ultimately the institution of Jim Crow laws throughout the country.

Will Biden repeat Grant’s mistake of winning the war but losing the peace?

It all depends on the process for healing the nation. What is needed is not further enhancement of laws to expand the authority of the FBI, Homeland Security, and local police and sheriff’s departments to arrest more extremists. Nor is it ultimately in their conviction and subsequent punishment in prison. There are existing tools available to take these steps, but the key question is what happens when those people are released from prison and jail? How do we make sure that they have the tools they need to effectively and peacefully reintegrate back into society?

When analyzing aberrant behavior which leads to violation of laws, violent gang membership, rejection of personal responsibility and even acts of terror, there are patterns that can be found in the healing or renewal process. There are techniques that support individuals as they transform their perspective from violent extremism to personal accountability and respect for others, even those who they previously hated.

Within the context of our winner-take-all mentality there are many who feel left out and see diversity as a threat rather than a glorious expression of nature.  In societies that have countered COVID-19 successfully there is a characteristic that many of them exhibit, which is that they are tight-knit, or interconnected. Violent white extremists see themselves as being outside of our social construct. They feel threatened by the fact that our nation is more diverse culturally, ethnically and religiously than ever before. There is a fear that they will ultimately become marginalized, considered useless and be unable to wield any sort of political or economic power.

How might we then provide opportunities for those who are fueled by hate, fear and anger to see the benefits of collaboration and cooperation? In many prisons and jails across the country reentry programs start the first day of incarceration. These are supported by hundreds of nonprofit and government programs once prisoners are released to society. Their programs include life skills, job development, substance abuse treatment, mental health counseling, case management, systems navigation, and a plethora of other services.

The critical one, however, is interpersonal dialogue which is needed to heal the heart of one who is filled with hate.

To allow participants to observe their shared humanity and interconnectedness and to provide them with the opportunity to voice their stories of pain, suffering and trauma. To develop mutual respect and compassion for others, even people who they previously hated. We need this process to heal the nation, to build community and foster compassion. To decrease hate and anger, improve resilience and to develop connection.

At one point during his arduous presidency, Grant observed the following: “If we are to have another [civil war], I predict that the dividing line will not be Mason and Dixon’s, but between patriotism and intelligence on the one side, and superstition, ambition, and ignorance on the other.”

Until we see our common humanity and understand the intrinsic value of every person in this country regardless of culture, ethnicity, gender, religion, etc., we will only continue the cycle of white supremacy thinking that leads to hatred and violence because we haven’t yet dealt with why it exists.
*