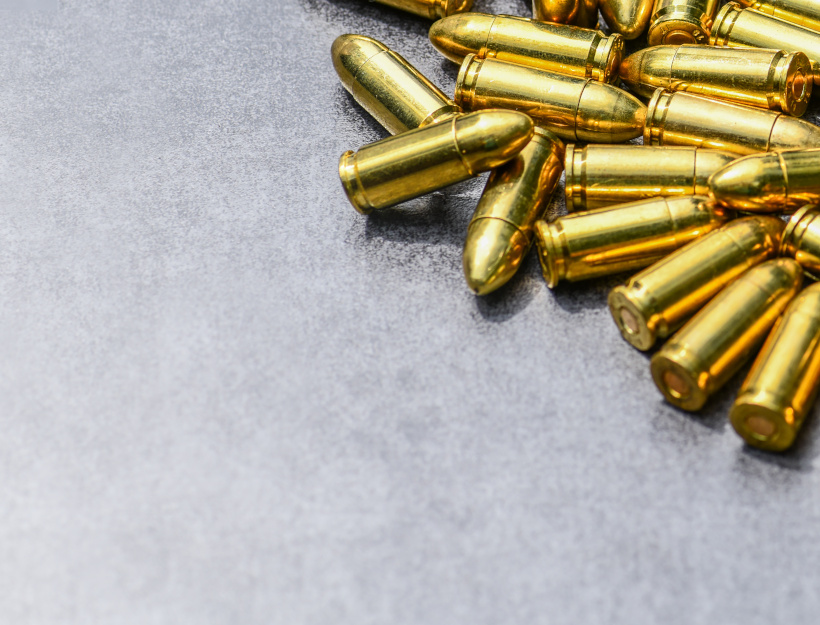 Why are we so in love with our guns?

Gun violence in America: Why are we so in love with our guns?

In the U.S., our country’s passion for guns can be summarized by former actor Charlton Heston’s words at the National Rifle Association’s (NRA) annual convention in 2000:

“So, as we set out this year to defeat the divisive forces that would take freedom away, I want to say those fighting words for everyone within the sound of my voice to hear and to heed, and especially for you, Mr. Gore: ‘From my cold, dead hands!”

The function of a gun

Let’s be clear, the function of a gun is to kill; not to maim or to wound, but to take the life away from a living being. What would the point be for the deer hunter to take aim with the intent of only breaking a leg or piercing an ear? In addition, there is a direct correlation between the number of guns in a society and the number of gun-related deaths. In the U.S. there are approximately 120 guns for every 100 residents of our country; subsequently, we average nearly 40,000 gun deaths a year – or one about every 15 minutes.

The pain and suffering that these losses cause families is spread throughout the nation. In my small town in the past few months we have seen a dramatic spike in gun violence, with 18 shootings since Jan. 1. One of the most horrifying was the drive-by shooting that seriously wounded a 10 year-old as he played in the front yard of his home.  He spent a month in hospital recovering from his injuries. A GoFundMe effort has raised over $47,000 to help his family pay for the medical bills.

Acts of violence like this one would not be possible without guns. As a result, this is the price that we pay for the unmatched freedom to own and use firearms: children shot playing in a place that should be safe. The resulting medical bills to repair torn bodies is in the billions each year in the U.S.  And the psychological damage is just as staggering! Imagine wondering when the next shooting might occur, or whether you can ever play in your front yard again.

There’s enough to go around

Curiously, the U.S. consists of only about 4.5% of the world’s population and yet we possess approximately 45% of the guns owned in private hands around the globe. Our local police department valiantly attempts to pull guns off the street each day. At a recent community meeting, one of the police commanders stated that his team had removed 88 guns from the street so far this year. When considering that there are nearly 393 million guns owned by private citizens around the country, this seems like a minuscule accomplishment in the effort to prevent guns from being used in acts of violence.

So how did we reach this saturation point for gun ownership in our nation?  What does that say about us as a society? Why are we so in love with our guns? And what is the likelihood that we will be able to shift the public narrative away from owning guns at any cost to protection of life at any cost?

Manifest destiny and a history of violence

Historically, this nation has been built on violence, whether the initial settlers from England or the wagon loads of internal migrants who ventured westward seeking land and opportunity. Creating a foothold on the east coast and then expansion to the west required the violent subjugation of the indigenous peoples and animals that stood in the way of that process. This usually meant using guns to accomplish these tasks. Native tribes and buffaloes stood in the way of ‘progress’ and thus needed to be eradicated or marginalized. The perspective of subjugation at any cost, i.e. manifest destiny, still resides in our nation’s psyche.

Combine that opinion of cultural superiority with Heston’s interpretation of the 2nd Amendment to the Constitution and the result is an ‘until death do we part’ attitude about gun ownership. Why is it so relentless in its effort to protect itself? Why is every piece of proposed gun control legislation met with an avalanche of criticism by those who own guns and the politicians who they support?

The myth of you aren’t safe without a gun

Obviously, the gun lobby, which includes the National Rifle Association and numerous gun manufacturers and vendors, is extremely vociferous and aggressive, and often state politicians who propose smart gun laws are ‘soft on crime’. In addition, it uses news media outlets, particularly conservative ones, to raise fear that the government is attempting to take your guns away with these new laws. If that happens you will be less safe from crime, unable to defend yourself and vulnerable to an authoritarian government.

What can we do to combat this persistent infection of our societal psyche that states that a gun is the best tool to maintain public safety and prevent authoritarianism? First of all, let’s listen to one of the most conservative voices in Congress, Sen. John Kennedy (R-LA) who suggested recently that we regulate gun ownership as we do drunk drivers. Let’s take him up on that idea. Automobile drivers are required to study traffic laws, pass a written and driving test, possess insurance coverage, register their vehicles, pay fees for registration, and are seriously punished for moving vehicle violations – especially driving under the influence. Applying similar standards to gun ownership would be a positive step in the right direction. Numerous studies have shown that in countries where gun ownership is regulated, gun violence decreases.

The real reasons for all these deaths

Another area to invest our energy is to dedicate our efforts to creating a truly equitable society. Many conservatives feel that the main cause for gun violence is a breakdown in moral values in our country. They claim that an increase in the divorce rate, a rise in LGBTQ activism, the fight for the rights of people of color (BIPOC), and other dynamic social shifts are the cause of our persistent gun violence problem.  Nothing could be further from the truth!

To begin with, almost two-thirds of our deaths by firearms are suicides, which are generally caused by feelings of hopelessness and the inability to cope with an overwhelming life situation. And not by changes in social values or traditions. Tragically, the link to guns is that they make suicide much easier to attempt and far more lethal. Suicide by firearm accounted for 61 percent of all gun deaths from 2008 through 2017. During that period, the US had a rate eight times higher than the gun suicide rates of other developed nations.

With these disturbing statistics in mind, step number two in our process to reimagine our love for guns would be raising awareness about the causes of gun violence, the levels at which we experience gun injuries/death, and the methods for prevention. According to psychologists, suicide is preventable in most cases. Using the same analytic tools, homicide should be preventable as well.

This love affair must end

In nations where there are reliable social, political and economic structures that provide their people with access to services and resources, there is less crime. In societies where people care for one another, crime is not only minimized, but governments are more stable. In a place that considers you to be of value to the greater whole, people are less likely to commit suicide, join gangs or shoot ten-year-olds as they play in their front yards.

Even so, until we face the fact that we are in love with our guns, no amount of legislation or education will shatter the myth that our society is safer the more guns we have in circulation. Remember that the function of a gun is to kill, period. At some point we must ask ourselves whether our lives are more important than our guns.