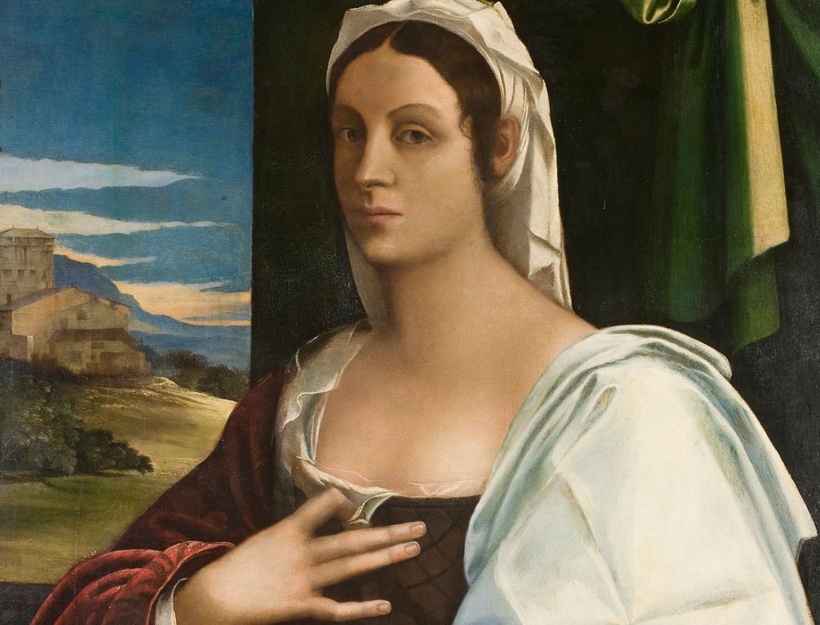 During her lifetime, Vittoria Colonna was the most famous woman in 16th century Italy renowned for her poetry and piety. She was a leader in the underground reformation movement and enjoyed friendships with the greatest minds and talents of her age, including Michelangelo.

Vittoria Colonna was born in the year 1492 outside of Rome to Agnese da Montefeltro and Fabrizio Colonna, members of two wealthy and powerful families. As a young girl, Vittoria spent a portion of her childhood at the court of Constanza D’Avalos on the island of Ischia, a lush tropical island paradise in the bay of Naples. There she received an exceptional humanist education.

On Ischia in 1509, Colonna was married to Constanza’s nephew, Ferrante Francesco D’Avalos, the Marquis of Pescara. The haughty young Spanish nobleman’s military campaigns kept him separated from his young bride during most of their short marriage. While the Marquise was away, the Marchesa devoted herself to writing.

Vittoria partnered with Constanza the following year to establish a literary salon that attracted leading intellectuals, writers, artists and religious leaders for readings and discussions of new literary works. There in Ischia, Vittoria’s literary talent flourished and first aroused attention. In the Ischia salon and those modeled after it in Naples, Rome, and Milan, manuscripts of Vittoria Colonna’s poetry was read and circulated.

Vittoria Colonna’s marriage ended abruptly at the death of Ferrante in 1525 after the Battle of Pavia. As a childless widow of thirty-three, Vittoria vented her grief through her sonnets. By cleverly adopting the form and voice of Petrarch and Dante, males mourning the loss of lovers, Colonna inserted herself as a female poet longing for her lost male counterpart. In this way, she was able to transcend the gender boundary prohibiting women from exercising the pen.

The Marchesa d’Avalos moved to Rome in the early 1530’s, where she presided over her second literary salon. Rime, a collection of Colonna’s collected poems, was published in 1538. It was the very first volume of women’s poetry to be published in Italy.

Outside of Rome, Colonna became the sole female member of the Oratory of Divine Love, a group of leading churchmen who met for prayer, Bible study, and discussion of the doctrine of ‘salvation through faith.’ These gatherings led to a shift in her poetry from expressing love for her late husband to an outpouring of her intense love for God.

The acquaintance of the Marchesa with Michelangelo most likely occurred in Rome. The two quickly developed a devoted friendship often meeting on Sunday afternoons for long discussions on art, poetry, and theology. The Maestro referred to Colonna as his muse and his spiritual mother as it was she who played a significant role in the deepening of the artist’s faith.
“A man within a woman, or rather a god speaks through her mouth,” he wrote, addressing her as “you who pass souls / through fire and water on to days of joy.” Over the years, the two composed sonnets to each other and presented each other with gifts. Vittoria handpicked a collection of her poems for the Maestro. He, in turn, produced a number of drawings for Colonna. When she died on February 25, 1547, at the age of 55, Michelangelo’s biographer, Condivi, tells us that the artist was at her bedside. 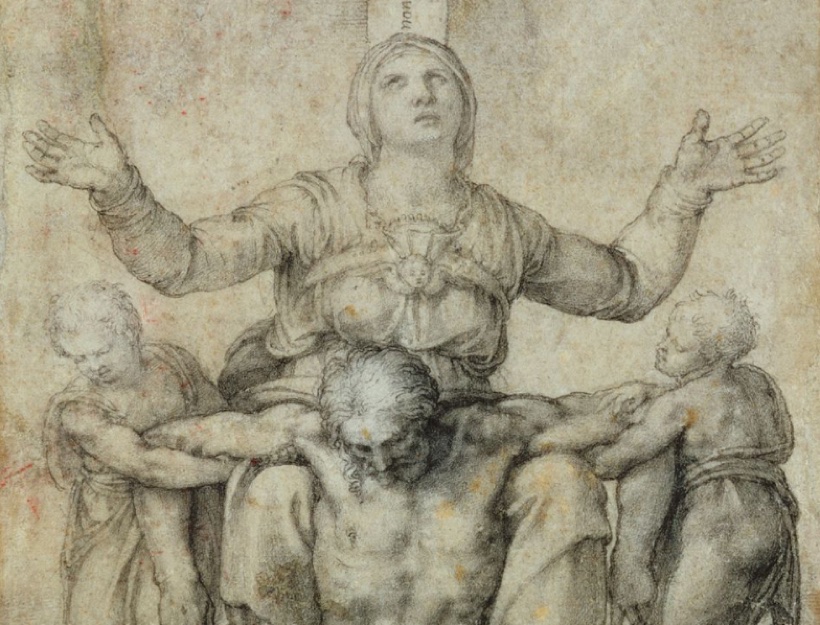 Vittoria Colonna’s life and writing helped spurn a literary renaissance on the Italian peninsula. Other women followed her example by starting salons and literary academies. Trailblazing into the male-dominated world of print inspired other females to venture forth.More works by women were published during the 16th Century in Italy than ever before or since.

By 1560, according to scholar Diana Robin, twelve editions of Vittoria Colonna’s poetry collection had been published while individual sonnets were included in numerous anthologies. Eventually, Colonna’s reformist views led the Roman Inquisition to place her writings on the list of banned books. Homes were searched for heretical works and mass book burnings took place in many city centers. Publishers were also shut down. Hence, the name and accomplishments of Vittoria Colonna and those of the women who followed in her footsteps faded from memory.
*