That was awkward. But also normal. I asked a relevant question for historical context and the dominant whiteness in the room is bothered. Like resort fees and tipping 18%, I’ve somehow gotten used to my presence incurring a social up-charge. Almost the authorization for incidentals at check-in. 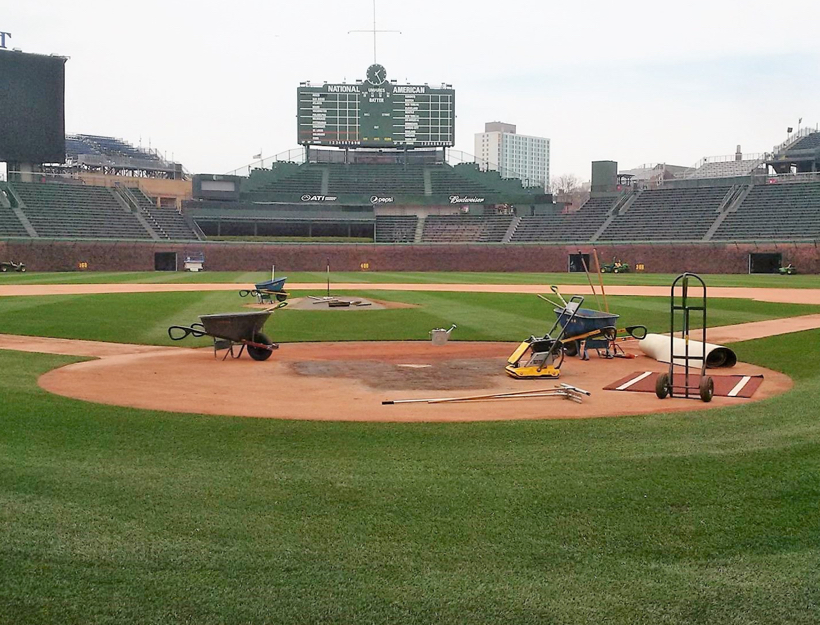 Rewind. Last entry, I mentioned a couple grumbling about my historically significant and factually relevant question to my whole experience of touring Wrigley Field. My question was in a pickle. Literary in a run-down. Their fragility got caught with too big of a lead. Routine Whiteness hit into a six four double play.

Somewhere in the fine print of the hotel registration form, the baggage policy from the airline, and the user agreement in the rideshare app, it must say, “Society reserves the right to apply a Black Tax.”

Trust me, it’s there. Enforcers show up as Karen and Ken.

Back in the locker room and just before my curious intention of Robinson’s welcome to Chi-town, the group was giddy after visiting the dugout. We spent some precious moments in the press box. Holy cow! Right in front of me was an enshrined section where the voice of Chicago led thousands in the stands and millions watching on WGN into his famous seven-inning serenade.

The uncomfortable couple I’ll call Katie & Casey on that day decided it was their turn to call balls and strikes. I chose not to argue. I was there for a tour, not to join a “friendly game of baseball.” Que up Main Source’s 1991 single for the Boyz n the Hood soundtrack.

As I was taking it all in from my baseball fan perspective, I couldn’t help think about that fact that America’s pastime all-time RBI (Runs-Batted-In) leader Hank Aaron’s Hall of Fame career could also include a separate and exclusive category reserved for negro ball players of the Jim Crow era.

It was reported that while playing the game in childhood, Aaron’s mother would summon him from the baseball field to come home and hide under the bed because the Ku Klux Klan was riding through the neighborhood, Andrew Young told CNN. Then, in a tribute to Aaron’s character, bravery and love for the game, he would head back out to finish playing after the Klan left. Aaron would ultimately surpass the game’s most celebrated bigot Babe Ruth in home runs and ‘ribbies”.  Ruth, unlike Aaron and other Blacks, Cooperstown would laugh at his RBI (real bad injury) stats for running the bases while black. 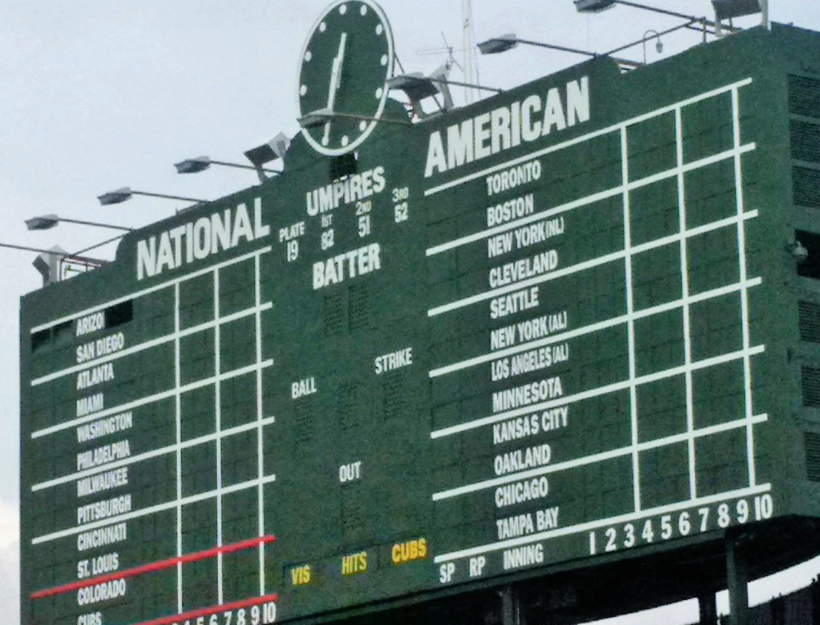 Much like baseball, I often move station-to-station. I have to be aware of the pitch-by-pitch situational changes, considering the analytics of an encounter with making some comfortable or at least making them (not) feel too uncomfortable. If I get too chippy about their reaction, there’s a chance I risk getting ejected and ruin my experience. Sometimes it feels like there is never a home field advantage. No matter the ballpark, I never have the option of not wearing the dark road uniform. And there is no instant replay to see who got the call right.

Robinson was someone I’ve read a lot about. Moving to Pasadena and knowing he grew up here was super cool. In 1948, Jackie Robinson came out with the first of three or four books that would serve as his memoirs. And here’s how he described his first foray into the Dodgers’ clubhouse.

Robinson wrote in I Never Made It, “There I was, the black grandson of a slave, the son of a black sharecropper, part of a historic occasion, a symbolic hero to my people. The air was sparkling. The sunlight was warm. The band struck up the national anthem. The flag billowed in the wind. It should have been a glorious moment for me as the stirring words of the national anthem poured from the stands. Perhaps, it was, but then again, perhaps, the anthem could be called the theme song for a drama called The Noble Experiment. Today, as I look back on that opening game of my first world series, I must tell you that it was Mr. Rickey’s drama and that I was only a principal actor. As I write this twenty years later, I cannot stand and sing the anthem. I cannot salute the flag; I know that I am a black man in a white world. In 1972, in 1947, at my birth in 1919, I know that I never had it made.”

“When I started out for the park that morning, I was concerned about the reception I would be given in the dressing room. Would I be welcome, or would my new teammates be cool and aloof — or even ignore me? Before I opened the dressing room door I stopped, took a deep breath, and then walked in. Many of the players were there already. I looked for a locker with “Jackie Robinson” on it, but couldn’t find one. I stood in the middle of the room for a while wondering what to do. There were lockers there marked: “Pee Wee Reese,” “Dixie Walker,” “Hugh Casey,” “Ed Stanky,” “Bruce Edwards,” “Pete Reiser,” “Ralph Branca,” “Arky Vaughan,” and “John Jorgensen.” In fact, there were lockers for everyone but me.”

“Finally, the club house man saw me. “Jackie,” he said, “You’ll have to wait a few days until we can get a locker for you.” He handed me my uniform. “Dress over there, if you don’t mind.” He pointed to a folding chair. I sat down at my locker and started dressing.”

Robinson’s reflection wasn’t about his first visit to Chicago. But, just the same, if it had been and if you take the tour, you’ll understand.  And if you get a real clubhouse attendant, they would tell you how Robinson was pointed to dress outside the door that opens up to Street. From what I’ve been told by Pasadenans old enough to know him growing up, they describe Robinson’s demeanor and mannerism as disarming. They also say he was whip smart with a quick lip.

I head to the subway that afternoon with a hankering for a box of cracker-jack. Then I remembered my visit to Cracker Barrel in Mississippi where instead of a surprise inside, I could buy an arrangement of cotton. 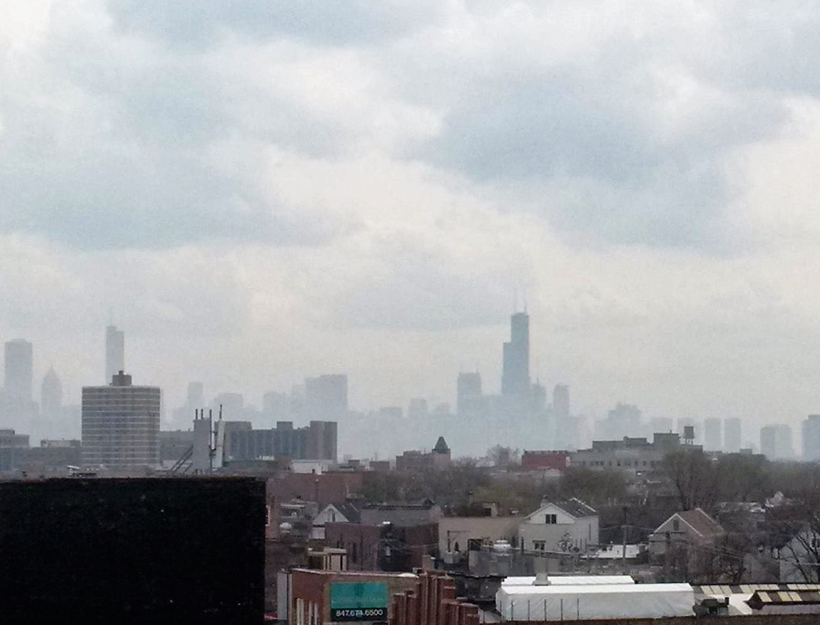 No visit to the Second City is complete without sliding into the South Side and its rich Black historical and cultural experience. Understanding the African American migration out of the Jim Crow south, I knew I could find some down home soul food. Pearls Place was just the comfort food needed on a brisk, early spring afternoon. Soon as we walked in, the host said, “Baby where y’all from?” My wife and I smiled. Me more so than her, because the soft melanated skin tone resembled my wife’s family.

I looked up a must do’s for the Black Experience and had to make sure we visited the DuSable Museum of African American History. This gem is located on the first floor of the Bronzeville Artist Lofts and features a rotating collection of modern and contemporary works from numerous global artists including Abiola Akintola, Stephen ‘Sayo” Olalekan, Pearlie Taylor, Marlene Campbell, Andre Guichard and many others. Sweet Maple Cafe, located in Little Italy in the Near West Side of Chicago, is a cheerful, home-style restaurant taste-tested and recommended by Culture Honey as well. 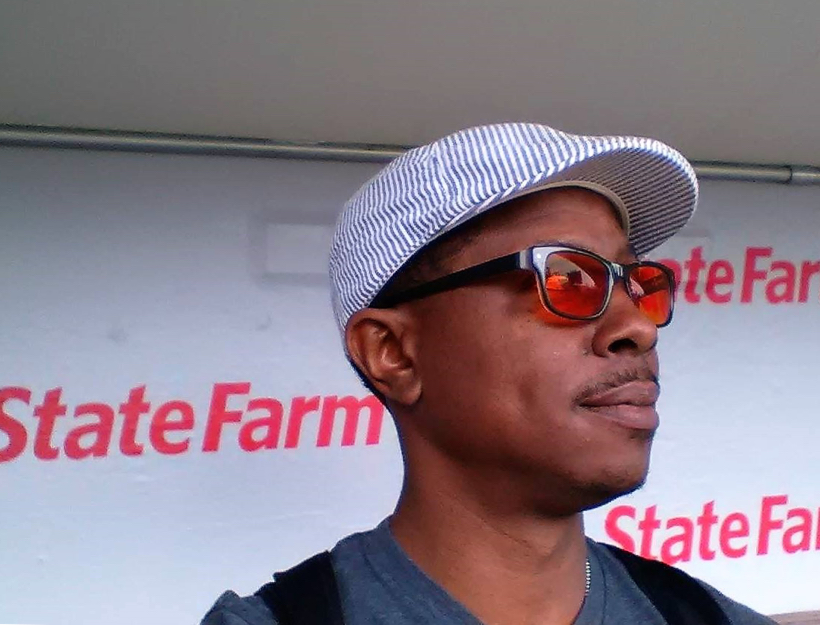 City of the Big Shoulders can keep the deep-dish pizza. The 90 min wait wasn’t worth it. But I prefer northern Midwesterners micro-aggressions.

Writers Note:  Congratulations to the World Champion Atlanta Braves. Bu, seriously Atlantans, in 2021 are you still doing the Tomahawk Chop? I personally think it’s horrible – and the fact that the Braves haven’t done away with it and changed their name is something that I consider an affront to those who care about honoring diversity and the Native American people. I see how making a physical motion and having a chant that people do together is a powerful thing – but in my view – this is the wrong motion (too similar to the Hitler salute) and the wrong chant.

Since 1871 Boston, Milwaukee and Atlanta have exploited the Trail of Tears. You’re the oldest continuously operating professional sports franchise in America. Washington Football Team and Cleveland Guardians figured it out.