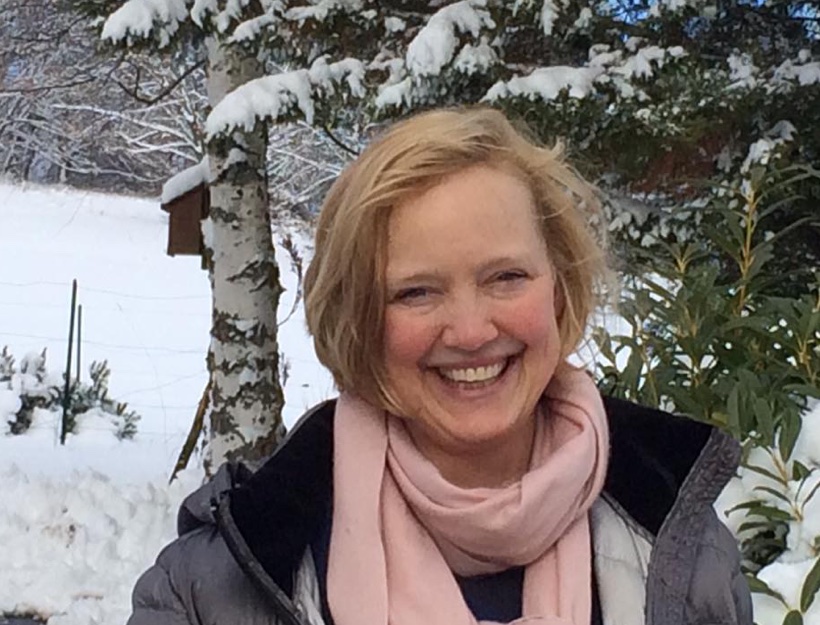 Heidi Pidcoke is the kind of person that you may read about, but don’t often have the privilege of getting to know. I am so happy to share a little bit about this incredible woman with you. I have come to know her since she hired me to head up her late mother’s book publishing company, Hope Publishing House, in Pasadena, CA.

Heidi grew up on a farm in Southern Brazil with her two missionary parents. She remembers it fondly – riding horses, playing games with her NINE older siblings (her parents adopted 8 Brazilan orphans). Heidi was homeschooled and remembers having constant playmates with the neighborhood children as well. At home, her family spoke both English and Portuguese. Along the way, Heidi also learned Spanish, having spent 6 months in Madrid when she was 9, and she also knows a bit of Kiswahili from living in Kenya for 8 years – more on that later!

Heidi has a masters degree in psychology and is currently pursuing a 4-year certificate as a core energetic therapist. The unique pathway of Heidi’s life has included serving some of the most vulnerable people in Africa, those suffering from HIV/AIDS. This includes over decades’ worth of time spent working in the inner city in Pretoria, South Africa and working with those suffering in Nairobi, Kenya.

When asked about how this time in Africa came about, Heidi’s faith shines through. She says, “Some dear friends suggested to me that they thought that God was calling me to fill a post their church was funding in Pretoria, South Africa. I had a growing sense that I no longer belonged in the U.S., so after receiving support from my Quaker Meeting that God was calling me to do this, I applied and was selected to go as a volunteer to work in an inner-city Methodist church.” In Pretoria from August 2003 to Dec 2005, Heidi jumped in to establish an HIV/AIDS project that had been in the planning stages before her arrival. With Heidi’s help, a testing center, a training program, outreach to local hospitals, a six-bed care center for those who were in the final stages of AIDS and a food parcel program were all established. After completing the two years in Pretoria, Heidi still didn’t feel ready to live in the U.S. and these same friends introduced her to a Kenyan nun who invited her to support her work in Nairobi.

In August 2006 Heidi then moved to Nairobi, initially to help the Kenyan nun who had told Heidi that she was meant to work in an HIV/AIDS project. However, this same nun asked Heidi was subsequently asked to run a school instead, so Heidi ended up working with a group of Catholic brothers who had a project called ‘Watoto wa Lwanga’ that provided education for kids in slums. There she counseled children, established fundraisers for the project, and set up a website to attract international interns. Later, Heidi worked on a project that had originally been started by Quakers called the ‘Alternatives to Violence Project’. Heidi worked with the AVP Trust set up in Nairobi and used the profits from her psychotherapy practice to fund workshops that were given in slums, schools and communities. She also was instrumental in implementing another workshop that dealt with trauma as there was so much violence after the 2007 elections. She and her coworkers were also given funding to give these workshops in the Dadaab refugee camp in Northern Kenya.

Participants in those workshops were screened for PTSD symptoms and given the chance to have brief trauma counseling. Heidi had been trained in EMDR – a highly effective trauma therapy – after her time in South Africa. She and her team brought trainers to Kenya where more than 100 mental health professionals have now been trained!

In 2014, Heidi came back to the states to help take care of her mother who died of cancer in 2015. Heidi left a legacy of caring, impactful service in her wake in Africa. Now living in France, just over the border from Geneva, Switzerland, Heidi is convinced that her time providing therapy to those who most need it in the world is not finished. For the last 18+ months, Heidi has been working to develop a project under the U.N. Institute of Training and Research. This new program will provide training and services to organizations whose staff work in settings that are prone to violence, insecurity, and disasters. The goal of this new program is to work to reduce the symptoms caused by stress, trauma and burnout that can occur when working in these contexts.

Heidi is a somatic psychotherapist, which means that the therapy she practices addresses the impact that distress and dysfunction have – not only on thoughts and feelings – but also on our bodies. To further her training in this specialized area of therapy, she is now finishing a 4-year course in Core Energetics – a system founded by John Pierrakos and Alexander Lowen that looks at physical patterns that develop according to what point in our developmental stage we experienced wounding. This type of therapy enables clients to reach a more vibrant and alive experience by changing these physical patterns and releasing unconscious patterns of holding. It is powerful and deep work!

After reading about and hearing from the wonderful, giving person that Heidi is, are you willing to help her raise $5,000 to help her finish her studies in Core Energetics and support her work with the U.N. to help those that seek to care for the most vulnerable in the world? CultureHoney.com is asking that you would do just that, and along those lines has set up a GoFundMe campaign to help support Heidi in her current training and program development!

Most of us will never know what it’s like to work in third world slums or care for those dying of HIV/AIDS – but Heidi does.  And she also knows firsthand the experience of carrying the weight of concern and love for those that are suffering from these diseases and the trauma of war or natural disaster. Heidi would also like to implement a program whose goal is to provide care and healing and the avoidance of burnout to caregivers! As you are considering how to share from what you have this holiday season, we’d like to ask you to consider the work that Heidi is undertaking, to support a proven track record of impact, caring combined with action, and a wonderful Person of Note!

Finally, while living in Kenya, Heidi’s friend came to to photograph the devastation being created by AIDS in rural Kenyan villages. In some places a whole generation was gone – only grandparents and grandchildren were left in the village as all those in the generation of parents had passed away. Hope Publishing House published this exquisite book which is available for purchase here.