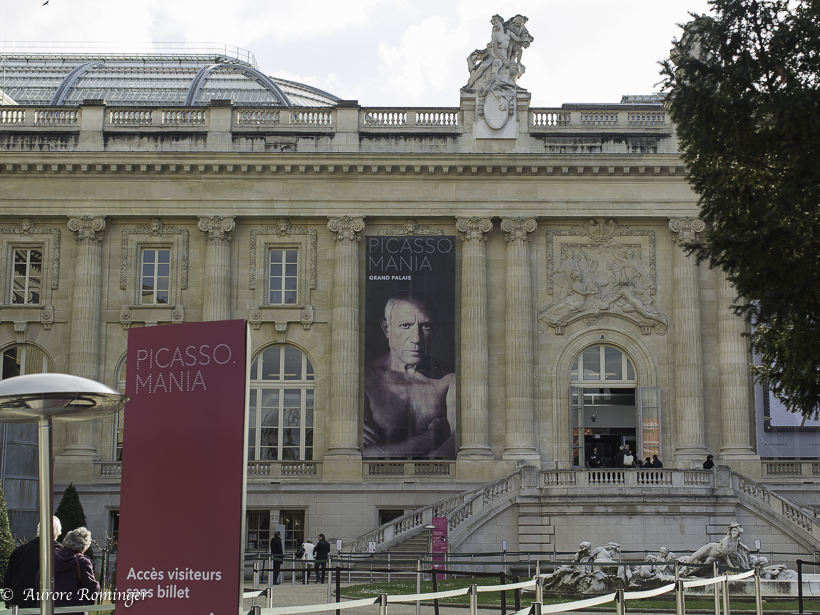 Beautiful sunny yet chilly day at the Grand Palais, Paris just before the end.

This offer is an outgrowth of last week’s contribution on Ma Maison Ma Planète.

As learned, in child development, security, ease, joy, and freedom to be, express, grow and learn are natural: 1) The natural state of existence at a baby human’s arrival is ‘prepared to thrive.’ Assumming it is naturally healthy with no prohibitive overwhelming health conditions to impede this nature.

2) Where it once upon a time took a village to raise a child, these days, with information processessing at the speed of light and globalisation, commercialisation etc., it takes a planet to raise a child. Partially, as a result, children and adults alike are more sensitive to continuous and nonstop opportunities to receive new information.

3) Sometimes contemplation of what is unwanted serves to improve clarity for and focus on what is wanted.

What does this have to do with Picasso? *See accompanying article.

The line of thought to guide this photo story is represented in quotes, repeated from last week, plus two new quotes, the first by inspirational media mogul, Oprah Winfrey, and the second by famed artist Pablo Picasso.

I ask you to read slowly, consider the direction in which the quotations lead, and think and feel within your own experiences, simply to ‘check in’ and to ‘check it out’. This is only …à mon avis (in my opinion). 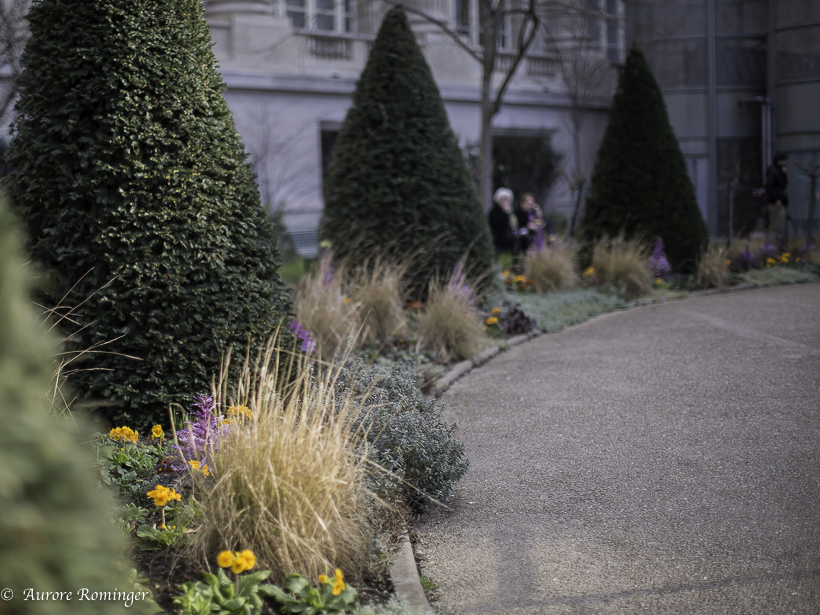 “The greatest discovery of all time is that a person can change his [or her] future by merely changing his [or her] attitude.”

“Imagination is everything. It is the preview of life’s coming attractions.”

“Don’t be satisfied with stories, how things have gone with others. Unfold your own myth.”

Wisdom comes often and in many forms, and is certainly represented by even more than the mere six centuries between Rumi and the others shown here. 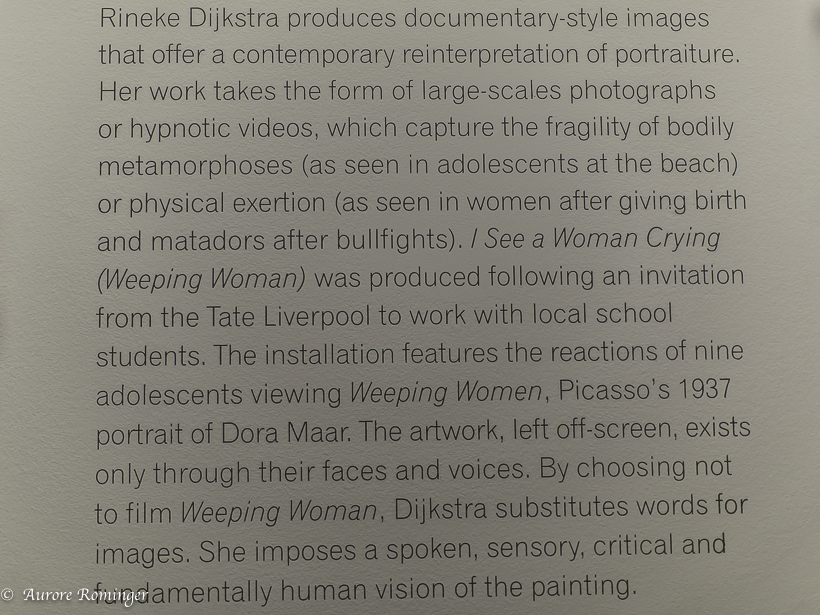 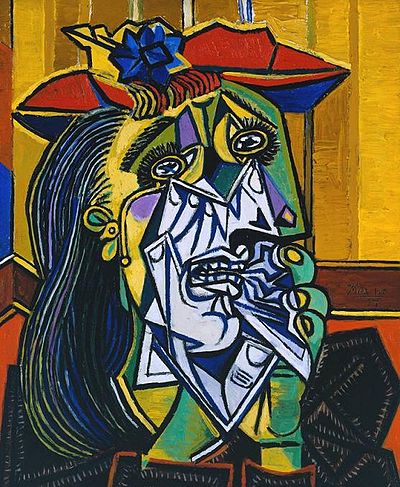 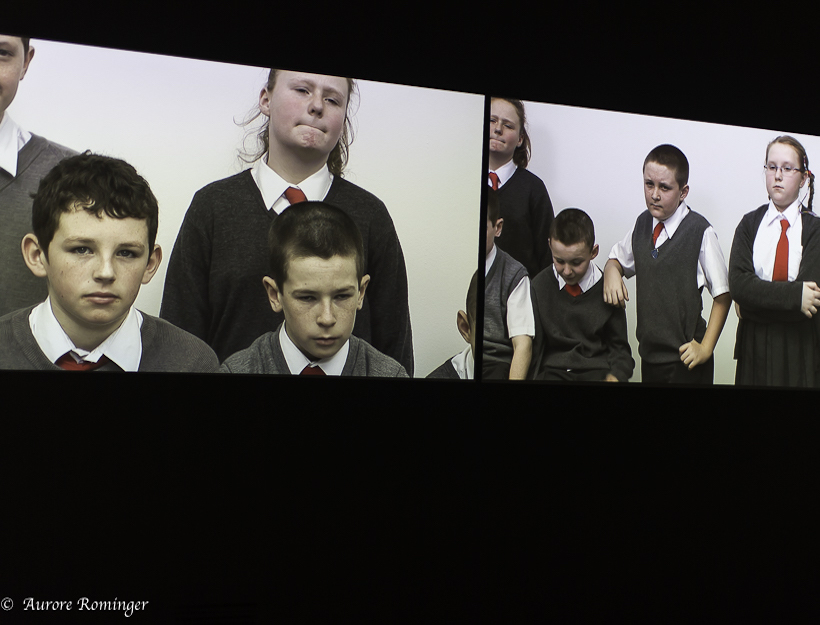 During the entire screening, the ados began with simple comments of color, and shape and then became increasingly submerged in supposition as to the possible causes to have reached this level of profound grief, fear, hopelessness, loneliness, horror, regret,  and loss among other extreme emotional states. 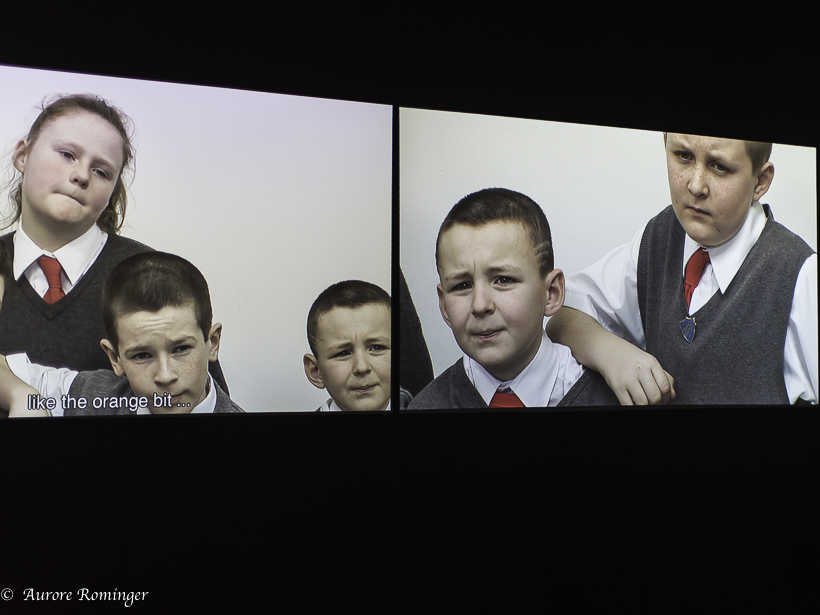 I see a triangle, I see loads of colours, I see lots of shapes and colours. I see a woman’s face, I see tears. She must be sad. Maybe she is lonely.  Maybe she did something wrong, like she was at a weddin’ and she stole the weddin’ cake and she regrets it. 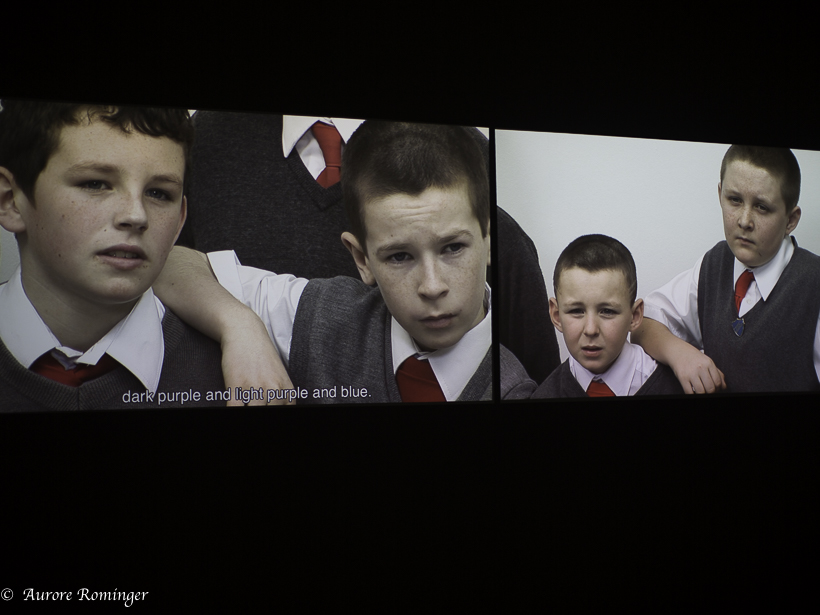 As the boys plunged further showing obvious signals of discomfort to find meaning or to make sense of the depth of emotion they experienced, they tended to become more physically close by leaning on one another or crowding together. The girls remained solitary. 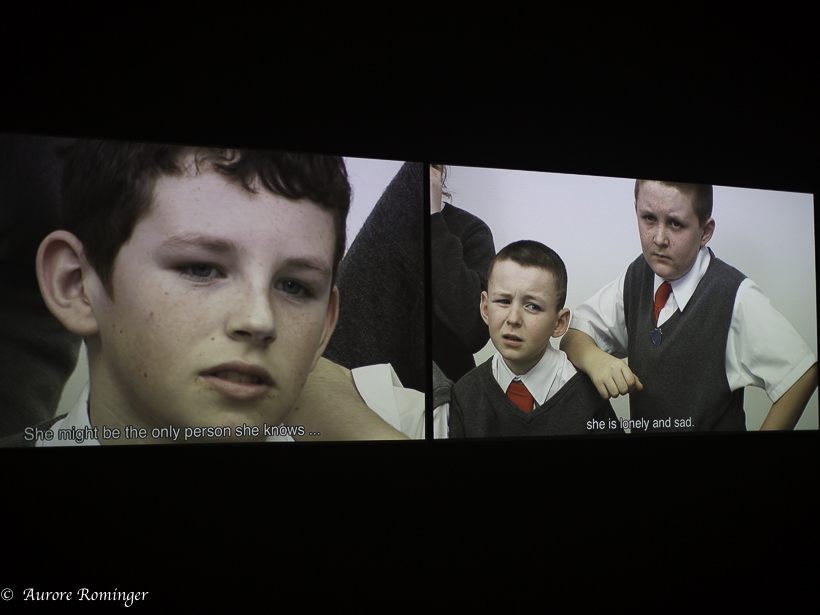 She is sad, maybe she is scared. Maybe she lost her best friend. Maybe she buried her mother. She is all alone. Maybe she saw the devil. 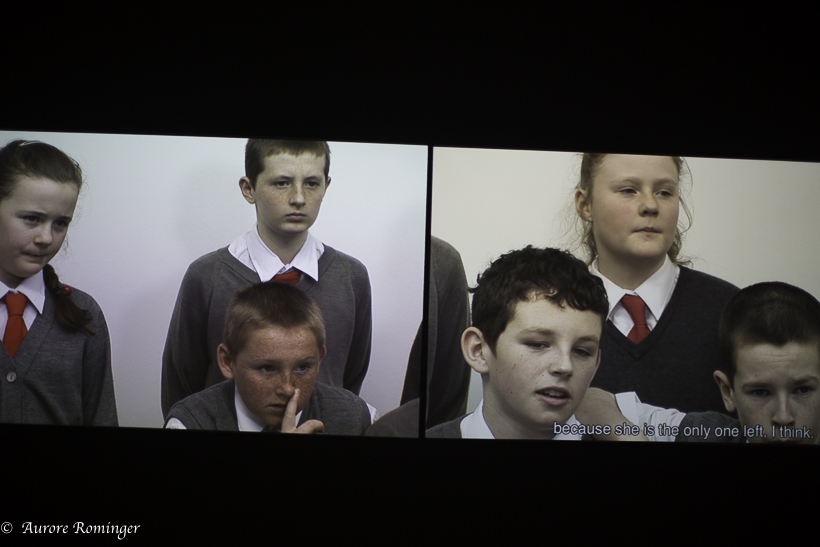 She might be the only person she knows …  and she is lonely and sad.

After quite some time of engulfing themselves in extremely weighty emotions, they began to lean in the other direction.

Perhaps she is crying for joy. Some people cry in happiness. And, no-one believed it even though they gave it some time to explore, the facial expressions and body language told the true story.

Clearly, again à mon avis, this state of emotional misery would not be wished on ANY child. Genetic genome studies reflect the need for a new explanatory framework and vision of humankind with different fundamental assumptions about biological groups that can accommodate new knowledge from a new generation of research. Indeed, we are a human race living together on one earth; Ma Maison Ma Planète. Embrace the opportunity to shine your light, add clarity and focus to your direction on what you want for the children of our home, our planet.
*