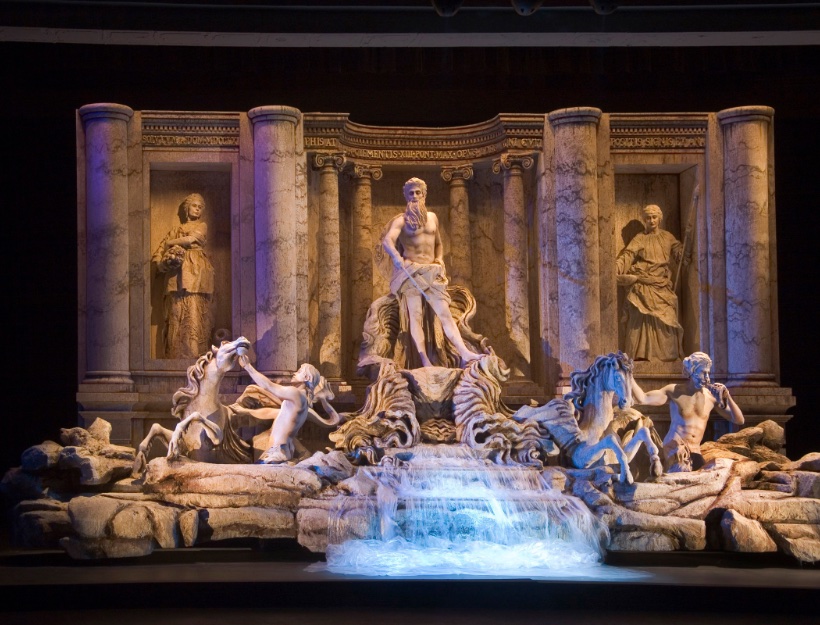 Pageant of the Masters: See Art Come to Life!

Nestled beside the coast in southern Orange County in California, Laguna Beach has been a city of artists since its inception under that name in the late 1800s. Amongst its year-round artistic offerings, one of the events Laguna Beach is best known for is its Festival of Arts, a celebration of local artists and an opportunity to bring tourists to the area in the summer months. Created in 1932 as an attempt to stimulate tourism in the midst of the Depression era, the Festival of Arts continues in full swing to this day with one of its most popular attractions being the Pageant of the Masters.

The Pageant of the Masters, founded in the second year of the Festival of Arts as Spirit of the Masters, celebrates the craft of “tableau vivant” or living pictures. This art form takes living actors and places them in the midst of recreations of famous works of art, with the actors painted and costumed to blend seamlessly into the art they are imitating. Volunteers from the Laguna area work tirelessly to replicate the poses and appearances of the subjects in each year’s selection of artworks, which can range from paintings to sculptures to life-size versions of smaller items such as clocks or paperweights. For each work or art, backgrounds and props are recreated to human scale and lighting is perfected so that the actors become indistinguishable from their painted surroundings.

Each year there is a theme that connects all works of art together into a cohesive whole. 2019’s theme was “Time Machine”, with an introductory performance showing H.G. Wells taking his time machine on a tour throughout the history of art inspired by Leonardo da Vinci’s journals. Each work of art was introduced with the talented narration of SCR Award-winning actor Richard Doyle, explaining the historical context of the subject matter as well as celebrating the creative drive that led each artist to create such a masterpiece. The live orchestra provided musical accompaniment befitting each era, ranging from the golden age of ancient Greece up to present works less than a decade old.

No matter your age, there will be something to entertain you within the anthology on display. While some of my favorite pieces this year were statues inspired by the realism that Leonardo himself attained in his anatomical studies, I found the recreations of scifi horror posters from the 1960’s to be just as enchanting in their own nostalgic, bizarre style. The range of eras and artists on display was continually impressive. At one point after the narrator delivered the story of Mary Anning, a pioneer of paleontology, marionettes of fish skeletons and a reconstructed plesiosaurus swam their way across the base of the stage to the delight of the enthralled audience. The Pageant is truly a treat for the senses as you are never sure what to expect to come onstage next. 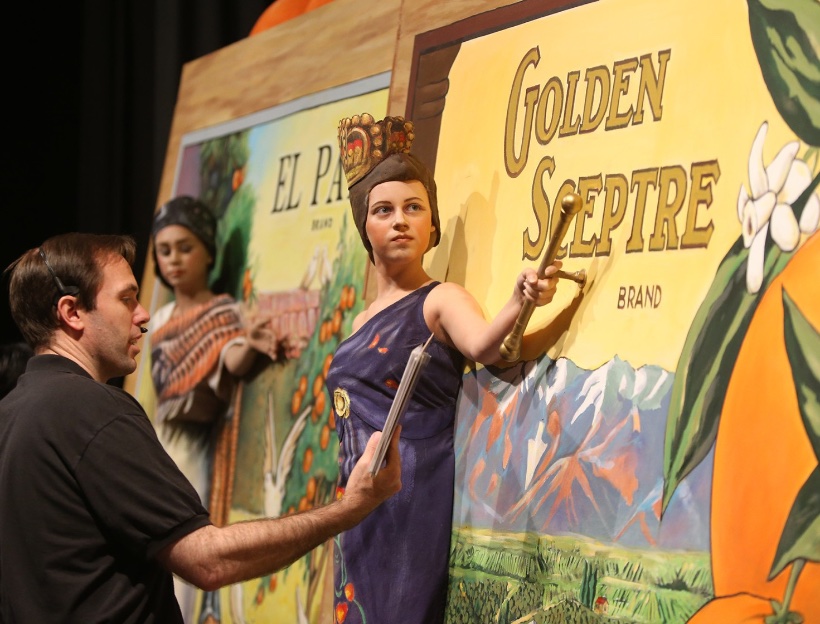 Pageant of the Masters: See Art Come to Life!

The talent on display throughout the pageant is truly astounding, especially considering that most of the models are volunteers, not professional actors. The Pageant of the Masters does not shy away from trickier prospects either. Children are employed as subjects in several of the artworks on display, holding poses for extended amounts of time while the audience members breathlessly strain their eyes, trying to catch a single slipup or movement. Amongst the dozens of artworks displayed that night, there was only one “statue” which I was sure had moved, and even that was corrected so instantantaneously that I doubted whether my eyes had simply deceived me. Sitting in the dark in the warm summer air of the open air Irvine Bowl Park theater, I truly felt that I had been transported to another realm where the passion of artistry had injected magic into the air.

With 86 years of performances under its belt, it is no wonder that the Pageant of the Masters has reached such a pinnacle of excellence. Looking into the tips and tricks by which the illusion of people disappearing into artworks is achieved does not even serve to diminish the impressiveness of what is achieved each year, for the hard work and level of craftsmanship required to successfully pull off this show is mind-blowing. Even now as this year’s Pageant has wrapped up, there is already a casting call for next year’s performance. The theme? “Made in America”.

In a world where so much changes so quickly these days, it is heartwarming to see a beloved traditional continued in its original form. Much may change in the years to come, but each year there is always the promise of another breathtaking performance full of awe-inspiring works of art at the Pageant of the Masters in Laguna Beach.

In closing, please enjoy a taste of the past, embracing how things may change and yet stay exactly the same as experienced “through the eyes of a 1958 camera”.
*