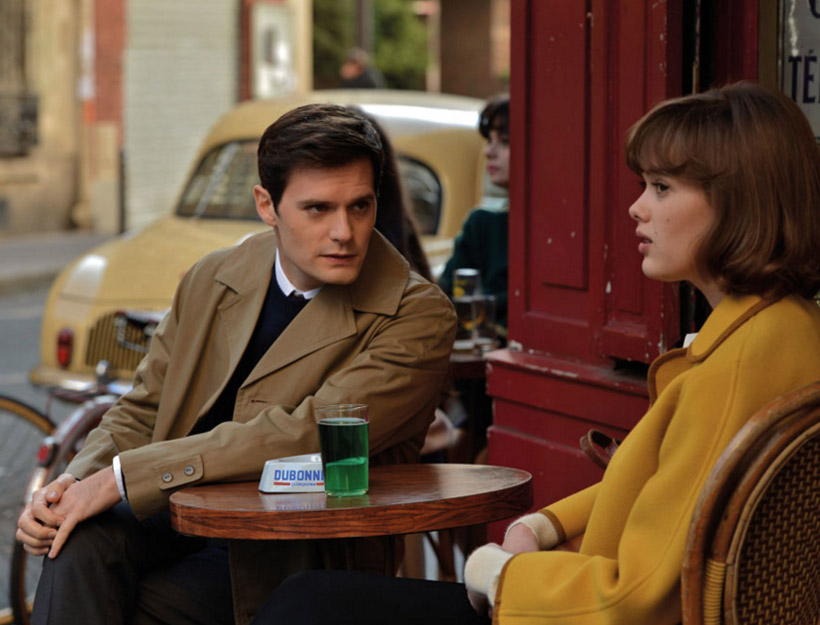 I opened up Facebook last week and found this post from my friend Todd at the top of my feed: “Is anyone else watching this? It’s like Albert Camus and Groucho Marx got together and wrote a season of Mad Men.” This description intrigued me so much that my next stop was the television. Just as I’ve never heard a show described as Todd did, A Very Secret Service is unlike any show you’ve ever seen in many wonderful ways.

Set in in Paris in 1960, Service revolves around the adventures of French Secret Service recruit André Merlaux. Allow me to steal from Todd again: “… It’s so, so good. Bite-sized episodes with a full smorgasbord of content. Amazing clothes, cars and cocktail-ware.” The show spends lavish detail on the sets, wardrobe, hairstyles, etc. a la Mad Men. But what kind of show is it? It starts as an absurdist comedy. The writers use its aburdism as social commentary: skewering nationalism, sexism, colonialism and a few more –isms for good measure. Ferris Bueller would be proud. There is bureaucratic inefficiency that seems directly lifted from Terry Gilliam’s Brazil. As the series goes on romance is introduced, and before you know it the show has evolved into a nail-biting political thriller.

The acting is excellent and played completely un-ironically. The writing is witty and never insults the intelligence. Some knowledge of history is helpful to appreciate the show. The writers reference World War II, the French Resistance and the Vichy government. Attention is paid to French African colonialism and the fight for freedom of her colonies. The Cold War always looms over.

The show is subtitled, which brings up two points

1. The subtitles are done in British English, and some idioms may be unfamiliar to an American audience.

2. If you binge watch, sometimes the subtitles go away and you need to restart the episode from the beginning to re-establish them.

I watched the show with my wife and twelve-year-old sons, which brings up another consideration: this show is rated TV-14. The content includes some mild scenes of torture, killing, some non-graphic sex and scenes set in a burlesque club, including non-gratuitous glimpses of women wearing pasties. We skipped through some parts we considered age-inappropriate.

The gradual move from comedic social commentary to romantic political thriller is gradual, but by the last three episodes we were gripping the edge of the couch. After the end of episode twelve, my sons declared, “There has to be a second season!” Be kind to yourself. The episodes are brief, so try out a couple. And thank you, Todd, for the recommendation and letting me steal your quotes.
*