Happy New Year from the beautiful Pasadena Rose Parade! This comes from a local, born and raised in the area, and of the third generation born in Los Angeles! December is one of my favorite months in Southern California! Skies are generally clear and blue and temperatures are mild, so it’s one of the few months cool enough to pull on a sweater and pair of boots, but bright enough to still need sunglasses : )

Besides the beautiful winter weather, another highlight of living specifically in Pasadena is the annual Rose Parade and Rose Bowl celebrations on New Year’s Eve and New Year’s Day! Presented here is a selection of photos from this year’s Rose Parade, which, by the way, I actually walked down the few blocks from my apartment to watch in person! That’s another ironic thing about being such a local – many of us, having spent many a high school night on the parade route, opt to watch the parade and the game in the comfort of our living rooms – leaving it to KTLA to give us the best views! But this year, having been woken up by the B-2 Stealth Bomber flyover of the parade route, I realized the day was too gorgeous to ignore the party! So please join me in enjoying the following photos of New Year’s morning, shared by my friend Kim Aasland from her perch about mid-way through the parade route on Colorado Boulevard! 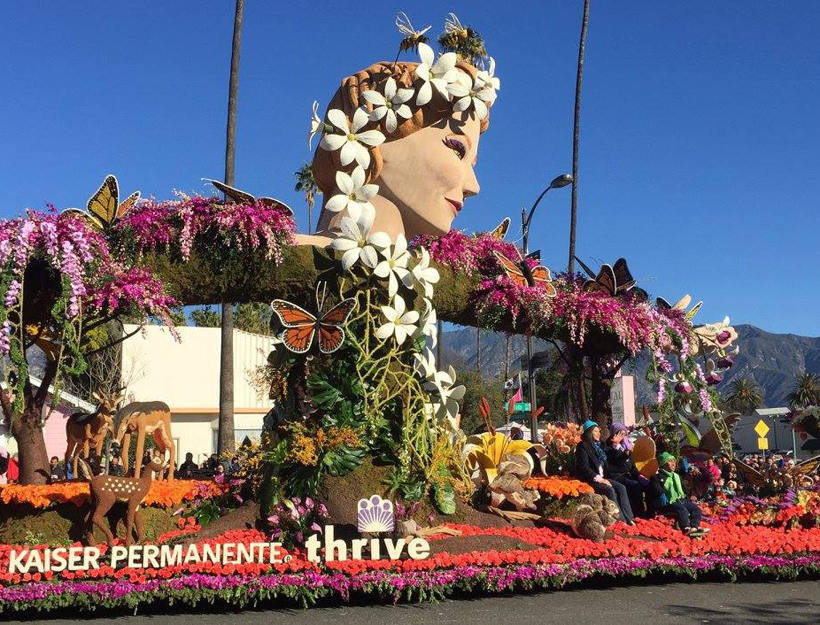 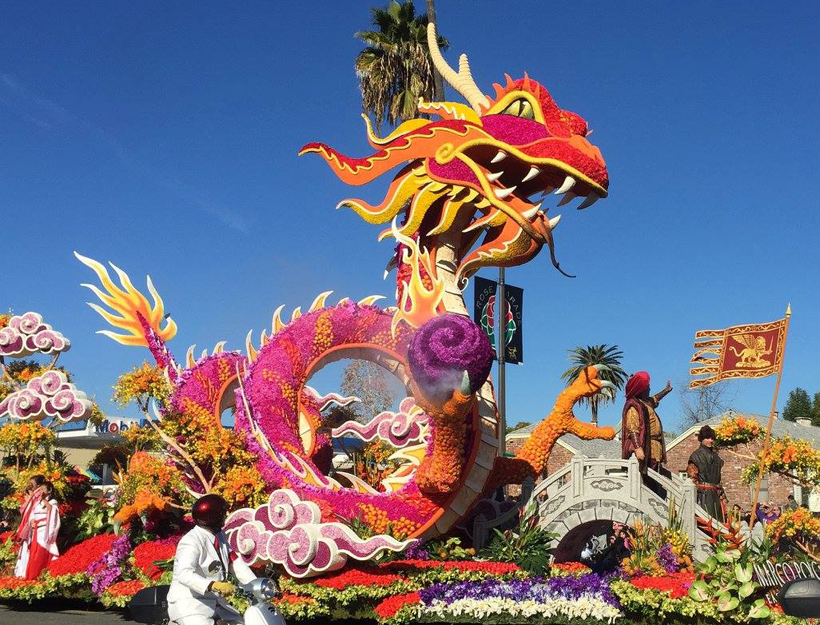 Families and friends traditionally spend the night on the sidewalks of Orange Grove and Colorado Boulevard on New Year’s Eve the night before the parade in order to wake up and have front row views! Perseverance through the cold night is rewarded with flower-covered floats like the beautiful dragon float above and the one below from the world-famous Los Angeles Lakers, featuring celebrity Paula Abdul (a former “Laker Girl”) as a special guest! 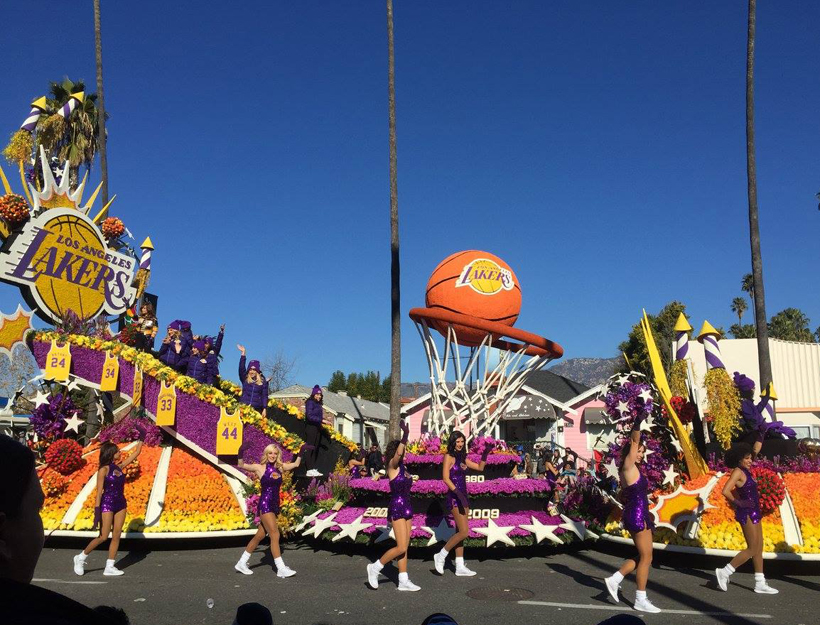 Marching bands from all over the country participate in fundraisers months in advance in order to fly to California and play in the famous parade!  The parade begins on South Orange Grove Boulevard and makes the turn onto Colorado Boulevard just across from the Norton Simon Museum before continuing on through Old Town Pasadena and on into East Pasadena via Colorado Boulevard. The total parade route is 5 1/2 miles! 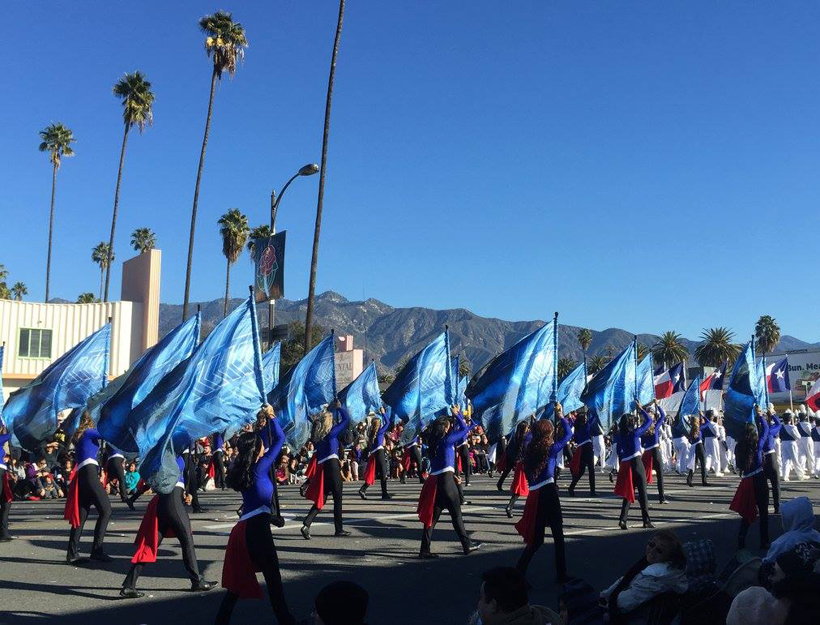 The backdrop of the foothills of the San Gabriel mountains always looks best in December : ) It is said that more decisions are made to move to California on New Year’s Day by people shivering in other parts of the country as they watch the parade on television than any other day of the year! 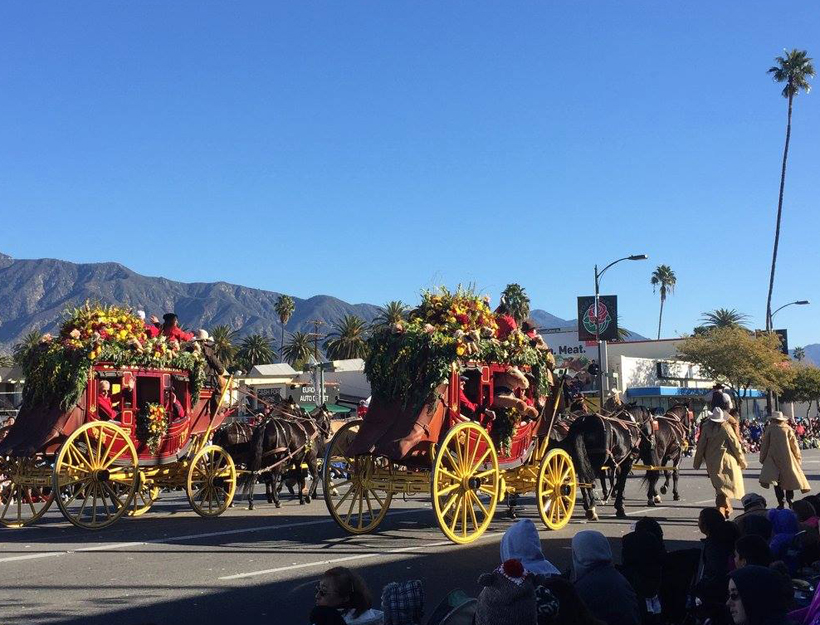 The Wells Fargo stage-coaches are crowdpleasers, covered in brightly colored flowers and drawn by beautiful horses! 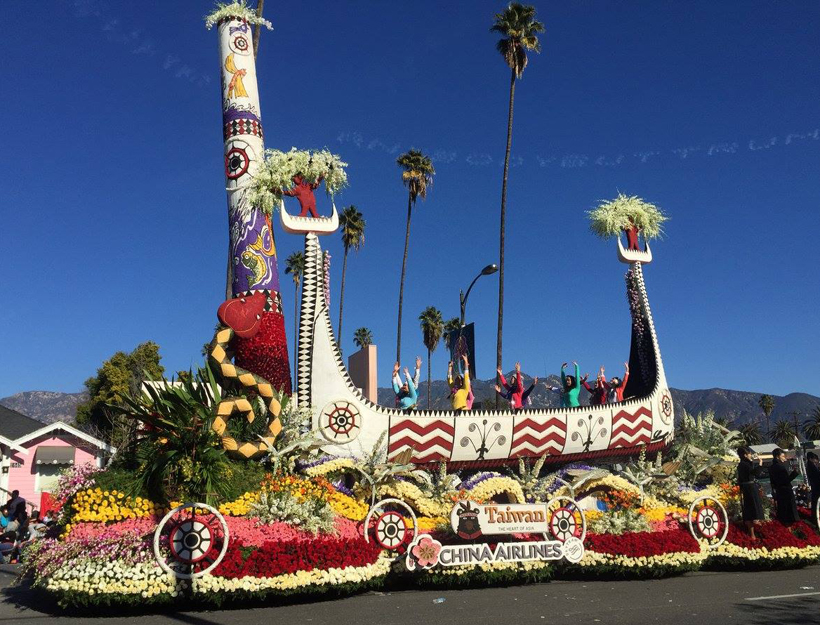 Many floats have dancers and music or automated robotics incorporated into their float.  All in all, it’s a great week to visit Southern California, and Pasadena especially!  I highly recommend visiting for the festivities at least once in a lifetime. Watching the parade and game year after year is that much better once filled with memories of an in-person experience!