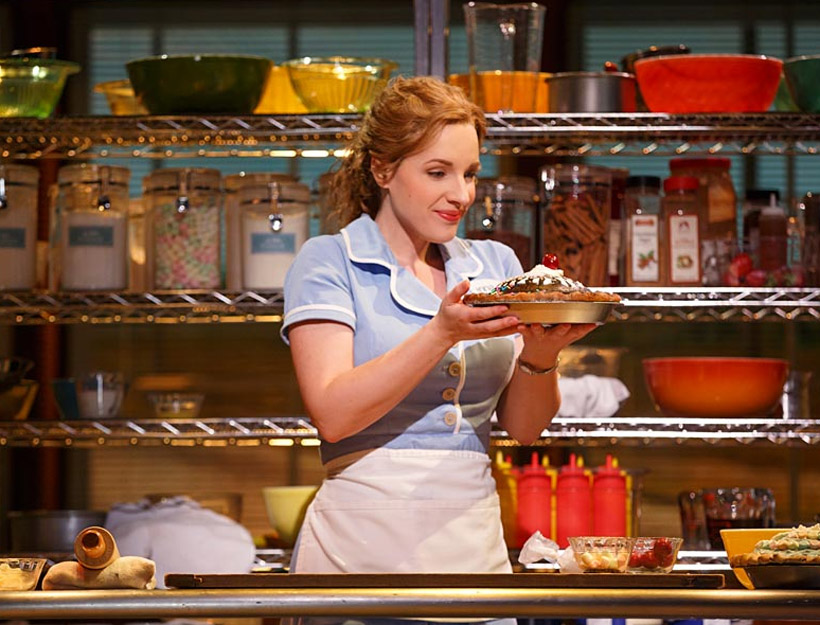 The Broadway musical Waitress tells the story of Jenna, a woman stuck in a dead-end job as a waitress and in an unhappy marriage with her abusive husband Earl. She finds solace baking her trials and triumphs into delicious pies while wishing for a better life. Based on Adrienne Shelley’s 2007 indie film of the same name, Waitress is a difficult yet inspiring tale of one woman’s journey through pregnancy to self-discovery.

“Even doubt can be delicious
And it washes off of all the dirty dishes.
When it’s done I can smile.
It’s on someone else’s plate for a while.”

“What Baking Can Do” by Sara Bareilles

Tony-award winner Jessie Mueller plays Jenna, a beautiful person inside and out— she just doesn’t believe it. Her husband Earl is controlling and hurtful, and although Jenna knows she deserves better, she is too afraid to break away. When she discovers that she is pregnant, it seems that all is lost, but then she meets her new doctor, Jim Pomatter. Although Jenna tries to keep their relationship professional at first, she is surprised by Dr. Pomatter’s interest in her. The two embark on an affair while Jenna sets her sights on a pie contest, the winnings of which will enable her to at last leave her husband. 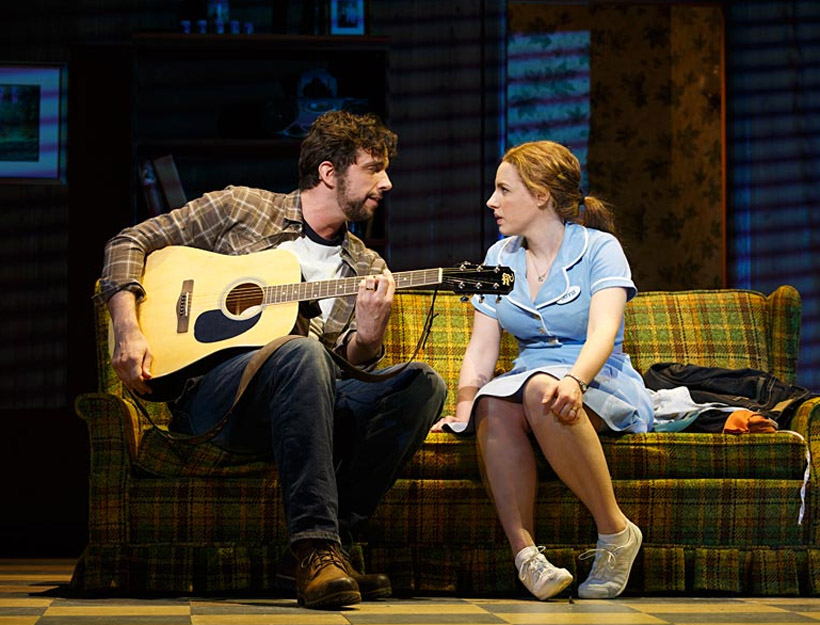 The musical adaptation of Waitress opened on Broadway in April 2016 after a successful run at the American Repertory Theater in Massachusetts. The book is written by Jessie Nelson, who used the late Adrienne Shelley’s unfinished script to stay true to the original vision, while Grammy and Tony nominee Sara Bareilles transposed the story into its beautiful music and lyrics.

There’s an intimacy to Waitress that I haven’t felt during other musicals. The cast is small, as is the ensemble. Instead of having an orchestra, the music is performed by The Waitress Band on stage, incorporating themselves into the storytelling.

Sara Bareilles’ moving songs allow us to grow along with Jenna as she progresses through her pregnancy, building a bond with the baby she at first did not want. Jessie Mueller delivers a powerful performance as Jenna. She is snarky and cynical, yet also vulnerable and a dreamer. This comes to a head in the second act’s heartbreaking ballad “She Used to Be Mine”, as at nine months Jenna is on the eve of a new chapter in a life that she’s lost faith in. 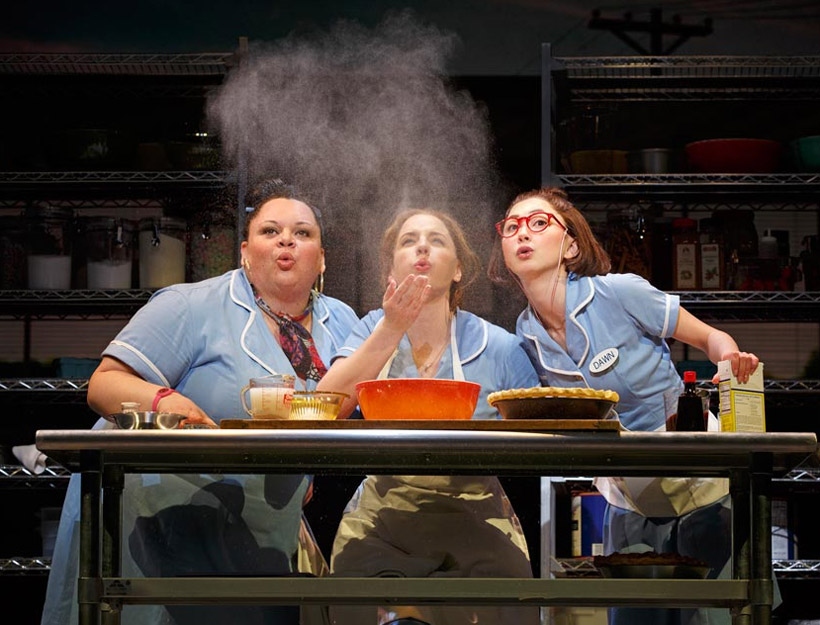 While the subject of the film is difficult, the musical is full of humor. Jenna’s friends and coworkers Becky and Dawn each have their own problems, but the parallels of their lives both relieve the pressure of Jenna’s as well as highlight the blessings in her life.

Jenna’s love interest, Dr. Pomatter, is not a suave Casanova; he’s an awkward outsider. However, although a bit bumbling, Dr. Pomatter succeeds in winning over not just Jenna, but the audience as well. 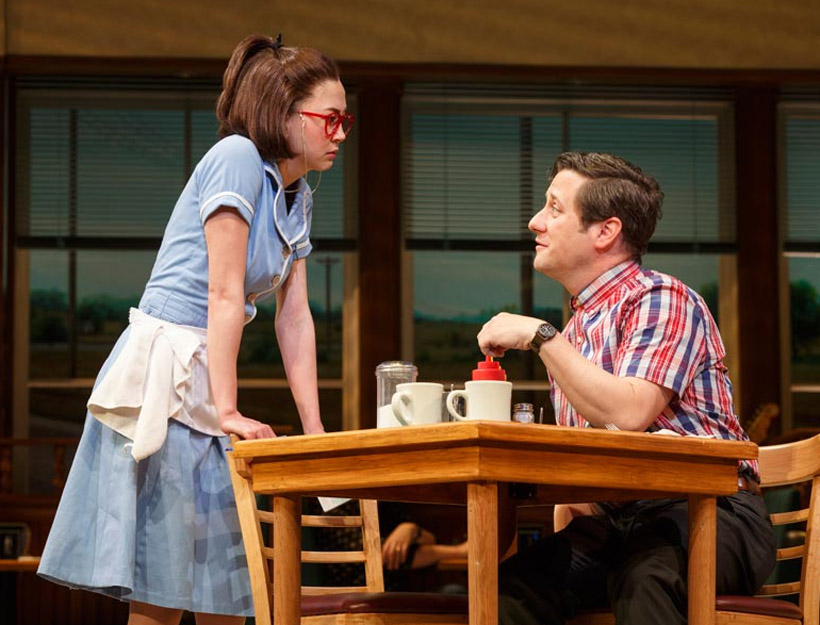 And then there’s Ogie, Dawn’s blind date that just can’t let her go. Ogie is played by Christopher Fitzgerald, who won the Tony this year for Outstanding Featured Actor in a Musical. Ogie could have been played as the tired geek stock character who is rather hapless when it comes to love and social interactions. Instead, Christopher Fitzgerald has created a character who is extremely self-aware of his quirks and owns them.

Prior to the start of the play and during intermission small pies in glass mason jars can be purchased, which helps because by the time intermission comes around your stomach is grumbling! 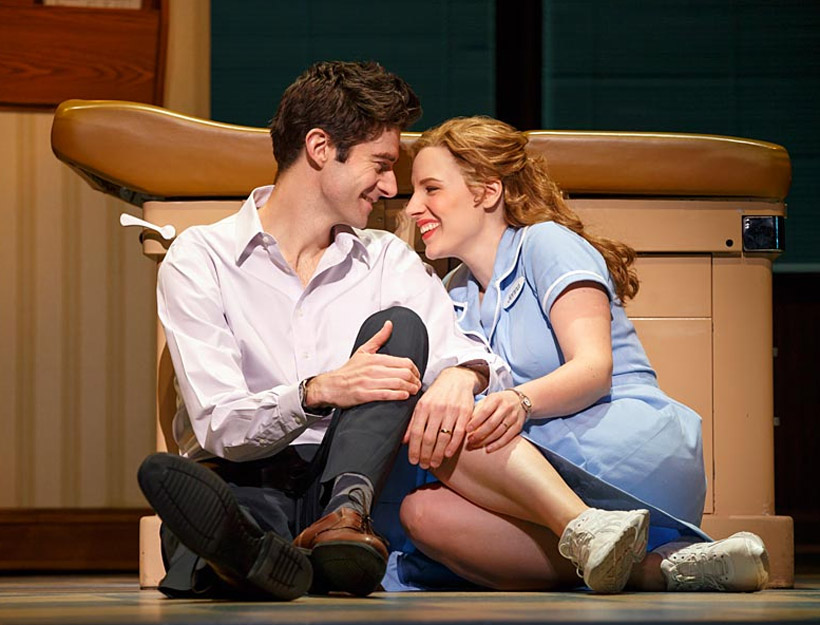 Waitress is currently running at the Brooks Atkinson Theatre just between Broadway and 8th Avenue in New York City. A national tour will begin in 2017.
*