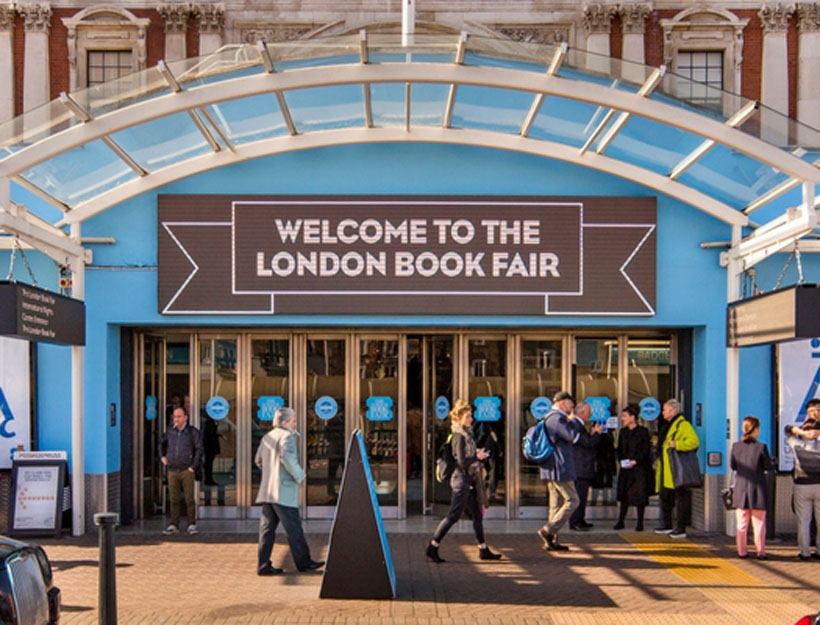 Earlier this month saw the 47th return of the London Book Fair (its 48th appearance in total). Authors, artists, and agents all met under the same roof, as did publishing agencies, aspiring writers, and simply those ardent fans of the written word who wish nothing more than to surround themselves with all things books. 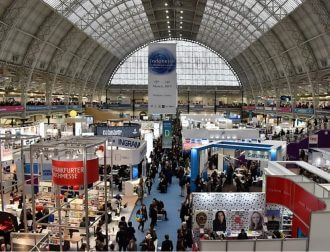 Last year the London Book Fair saw 25,000 visitors over its three days from over 118 countries. This year broke the 130 country mark, and though I don’t have exact figures for attendance, it looked a similar turnout as the Olympia London Event Centre, just across from Kensington Olympia station, filled with people. There were books and agencies from all over the world, including the bigger names like Penguin Random House and the Association of American Publishers as well as smaller names, independent publishers like Victorina Press and Word Catcher Publishing.

So what went on?

Alongside the numerous stands were a selection of talks and seminars for budding authors, experienced publishers, and inquisitive readers. Were you interested in learning whether or not A.I. would ever replace copy-editors? This was discussed at the fair. How about wanting to learn how to earn a living as an author? They talked about this too. Would you like to learn about the growing publishing industry in the Ukraine despite the turmoil these last few years? Should have been there. 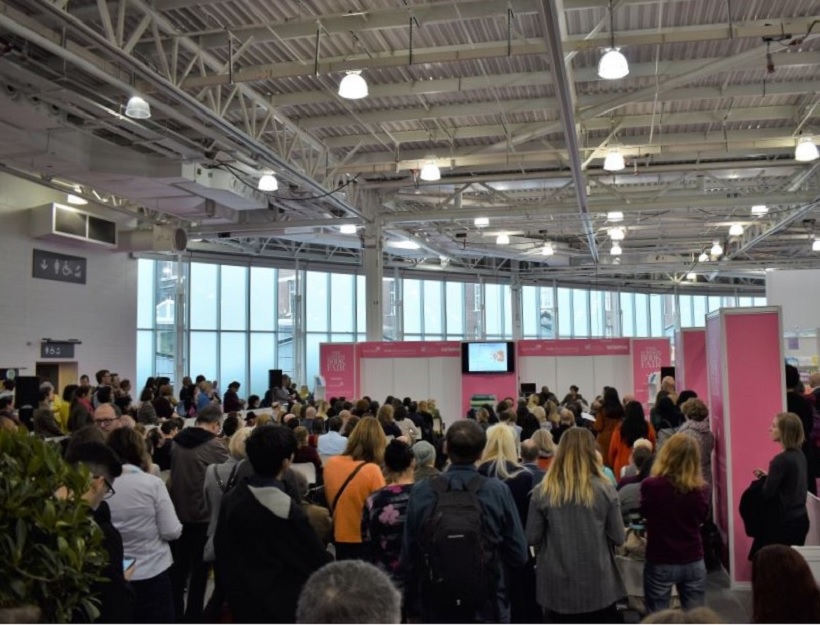 In order of question: Though it will be more and more relied upon regarding grammar and structure, A.I. won’t – at least for the foreseeable future – be able to replace humans in understanding the nuance and social relevance of certain aspects of text; to make it as an author you need to do talks, teach classes, apply for grants, and find other ways outside the text to make money; and regarding the Ukraine, there isn’t much to say here other than it’s fantastic (more books anywhere is a good thing) and let’s hope it continues; the more non-English language books the better. “Diversity = Better” in this writer’s mind! 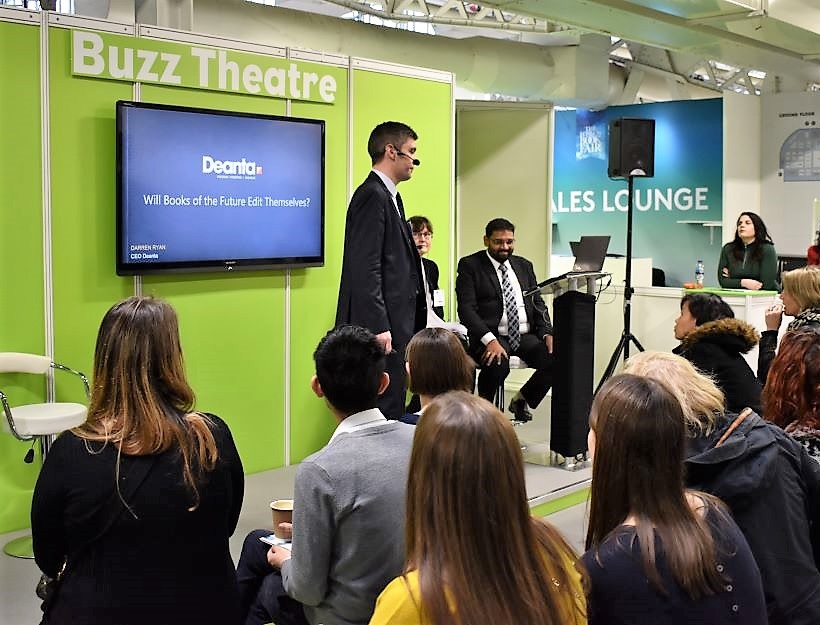 The International Excellence Awards took place on Day One, where the best of the best regarding all things books were celebrated. Awards include The Bookstore of the Year Award, The Literary Festival Award, and The Library of the Year Award, which went to Espoo City Library in Finland (in case you ever wanted to visit). Jack Thomas, Director of The London Book Fair, talked of the awards as a reminder of “the innovative, important, and inspiring work being done by all those in the global publishing community… It is absolutely brilliant to recognise and celebrate individuals and organisations here at The London Book Fair, in the creative capital of the world.” 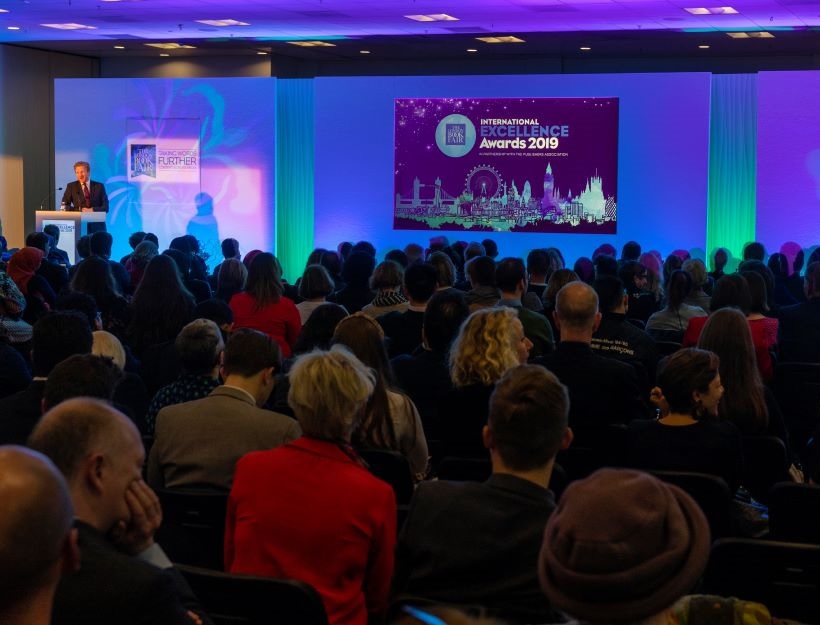 Days Two and Three were also buzzing with award ceremonies such as the UK Book Blog Awards and competitions such as The Write Stuff (get it? This isn’t my pun, but still). The UK Book Blog Awards continued on from last year with some interesting categories. Book Podcaster of the Year was added this year to the previous line-up of Book Blogger, Bookstagrammer, and BookTuber. The winners, in order, were Mostly Lit, What’s Hot?, @ab_reads, and Rose Reads. The Write Stuff, a really nice, family-friendly version of Dragon’s Den where writers pitch their ideas to industry professionals and the winner gets a meeting with an agent, was won by Lulu Allison. Her book idea Salt Lick is a pseudo-dystopian novel about appreciating nature and benevolent cows.

As you can see from some of the pictures (and if you visit their site), Indonesia was featured as the Market Focus country this year, highlighting Indonesian writers like Seno Gumira Ajidarma and Nirwam Dewanto. Because of this, several translation deals occurred during the three day fair, as well as global distribution deals between Indonesian and international publishers. Diversity = Better. 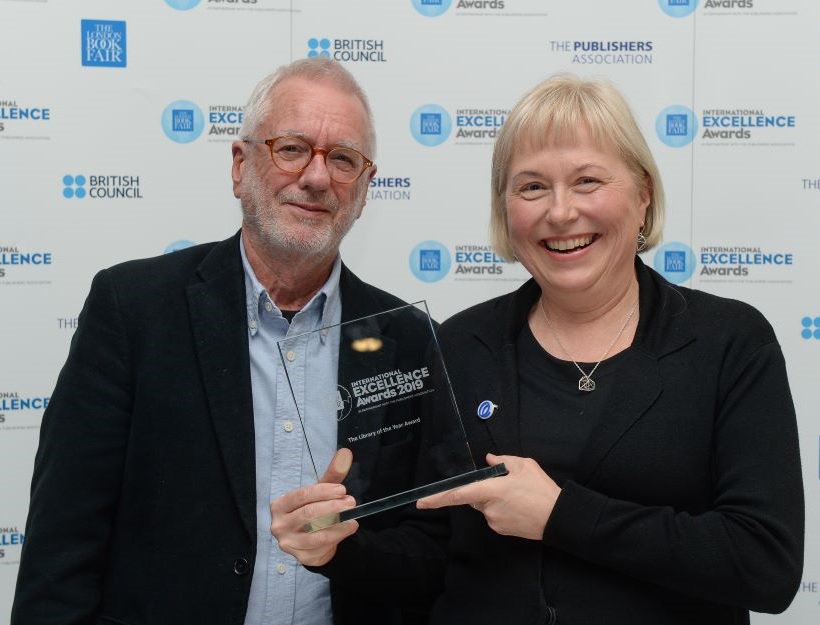 There is often talk about the future of books in our digital age, with fears of fewer and fewer people reading. But fear not, for according the Nielsen’s Books & Consumers annual survey, the print market held steady last year (growth of 3% last year), the audiobook market grew (sales up 13% since last year), and non-fiction grew as well, accounting now for 40% of all adult books sold. These figures are for the UK, so I’m not sure about the U.S. stats.

The London Book Fair was all about business. Rights were sold, deals were made, business cards were exchanged. But what’s work without play, and play there definitely was. The celebration of the written word took many forms and bridged many gaps. It was refreshing to see such a variety of publishers, agents, and authors, independent or not, all playing ball and learning from each other. I’ll admit, the section for the independent press felt awfully small compared to some of the long and looming stands of book publishing’s heavy hitters, but that’s currently how the game is played. Who knows how that will fair (pun unintended, but I’m going to run with it) next year?

Maybe I’ll see you there.
*