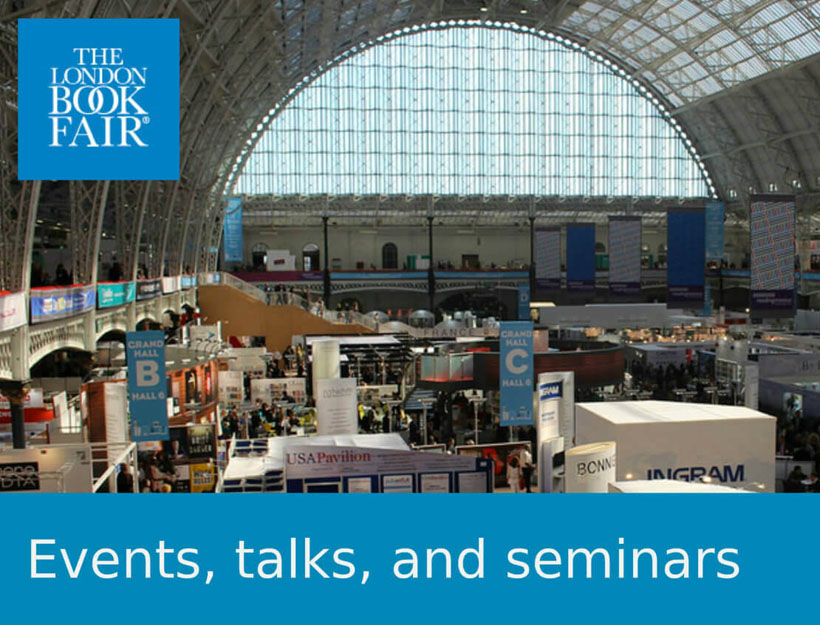 While the decision to talk about A.I in book editing alongside making a living as an author might seem a little strange, both are areas which constantly pull fascination – and worry – among the general public. I thought as they were both discussed at the London Book Fair (LBF2019), it was only appropriate to take a quick look at them here.

Whether or not A.I. will replace humans in some industry has seemed to be a frequent talking point these last few years. Everything from machines running supermarket checkouts to machines running cars has been discussed, and it only seems fair for the publishing industry to be affected by this computer virus (get it?)

The talk, hosted by Deanta Publishing Services, broke down in detail the pros and cons of A.I. It began with the problem of what is meant by A.I. Are we talking about automation or machine-learning?

Automation is the process whereby a set of rules and data are used to create an answer. Think of the wonders of spellcheck that you use (or should use) every day. The rule states that ‘i’ should come before ‘e’ except after ‘c’ (as well as a whole host of other exceptions, but let’s ignore those for now) so when you type in the word ‘conceive’ incorrectly, Spellchecker indicates that there is an error with a red squiggly line underneath.

Machine-learning, however, uses data and answers to create rules. That way the machine can learn what is and isn’t correct, as well as the colloquial variations, stylistic adaptations, and purposeful errors. Examples can often be seen in speech, where an author will write dialogue that isn’t grammatically correct, but still works. Let’s take the word ‘no’. The author could write

“No,” yelled Dan as he saw the events unfold.

Or the author could write:

“Noooooo!” yelled Dan as he saw the events unfold.

Ignoring the mediocrity in my example, both pieces of texts can be used in different examples but it would take machine-learning to recognise that the second is not an error. A more complex example, used in the talk, is shown below:

Gates do a good job of balancing his philanthropy and business

This was an autocorrect from ‘Gates does a good job’, because while the reader knows the text is talking about Bill Gates, the computer thinks they are talking about a swinging door.

The complications of text and the creativity afforded it, argue Deanta, mean that while A.I. has made leaps and bounds in the path to aiding copywriters, it is still a long way off from replacing them. Instead, what Deanta also argues, is that a middle ground will be reached where A.I is able to fast-track the job of the copywriter, making the job of the individual focused on the intuition, the common sense, the creativity, the social insights of the text; not on whether or not ‘conceive’ is spelled correctly.

Now that the writer is able to write in peace knowing their work will not be shredded by the binary mind of the machine, it is time to figure out exactly how to survive as a writer. To tackle this issue, the Chief Executive of the Society of Authors sat down with writers Woodrow Phoenix and Philip Womack.

The great debate around whether or not one can make a living from book sales alone is a continuous one, but here the discussion moved away from that, assuming the answer to be that one cannot, and tried to discover alternate methods of money-making.

So, is it possible?

An author, argued the panellists, must look to balance the three P’s: profit, pleasure, and profile. Philip Womack, who accomplishes this task through speaking at events (just as the London Book Fair 2019), giving lectures, doing school visits, and more, said that perhaps he isn’t balance things very well, but that he is surviving and he is having fun.

“Poor and exhausted, but happy,” he told the crowd, who laughed in understanding. Woodrow Phoenix, whose background allows for greater diversity in his freelancing and who can supplement his income, had a slightly different approach.

Ask for more, was his line. It never hurts and can lead to worthwhile gigs. An author is often told their work isn’t worth the money and for many it may not be; but why not? Your time is valuable, and if an organisation wants you to speak at their event or lecture their students or run writer’s workshops, then they have to pay you for your time.

Anecdotes flew back and forth of opportunities both missed and seized. One story told of three poets all in a car heading to a poetry reading. After talking they discovered that, while two of them had asked for $100 and had received it, the other had asked for $500 and received it. There were no differences in quality among the poets, only that one had the guts to ask for more.

There are other helpful hints and tips: only do things that will sell books, work on your networking, social media, etc. Ultimately however, the challenge remains for all aspiring authors and there is no straight road to take, no hard-and-fast rule. Try different things, experiment with writers retreats and prizes if you wish, consider teaching.

The more you try, the more you’ll figure out what works for you. If you’re banking on your novel becoming the next big thing, then it may be worth taking a new look at the drawing board; because it might, but for most who write for a living, it’s a combination of many small things which make the life possible.
*