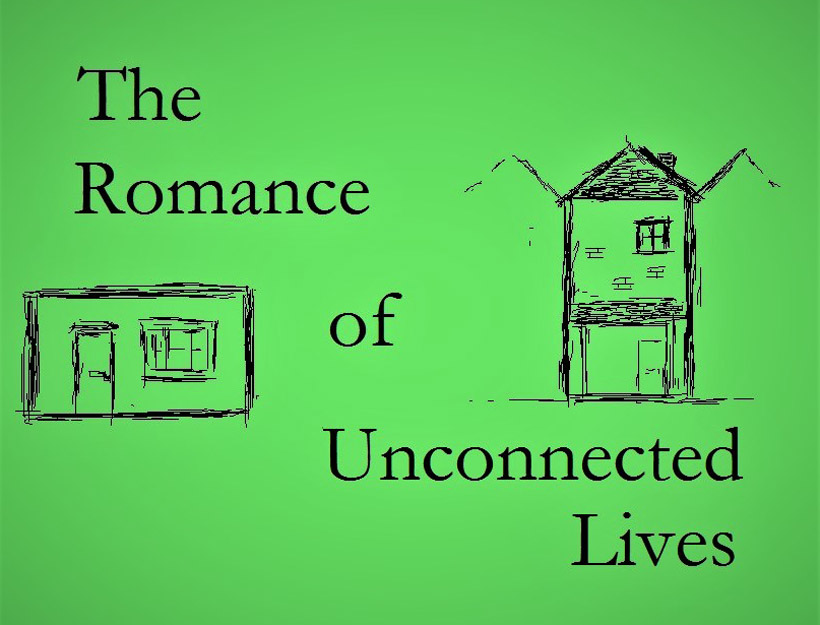 The Romance of Unconnected Lives

Author Damian Maximus has been writing for Culture Honey from the beginning of our magazine in October of 2015! Using his real name (Damian Maximus is a pseudonym), he has been penning weekly missives in our “early days”, capturing the daily life of a university student in London, England. He also took the time to remind us of the important things in life along the way, with write-ups about non-profit organizations helping the most vulnerable. In addition to articles, Josh has contributed essays and poetry as well. All Damian’s nonfiction work can be found with a quick Culture Honey search for “Josh W. Potter” – and we highly recommend these articles to you!

Josh has received multiple honors for his writing. Check out this article on The Huffington Post UK: 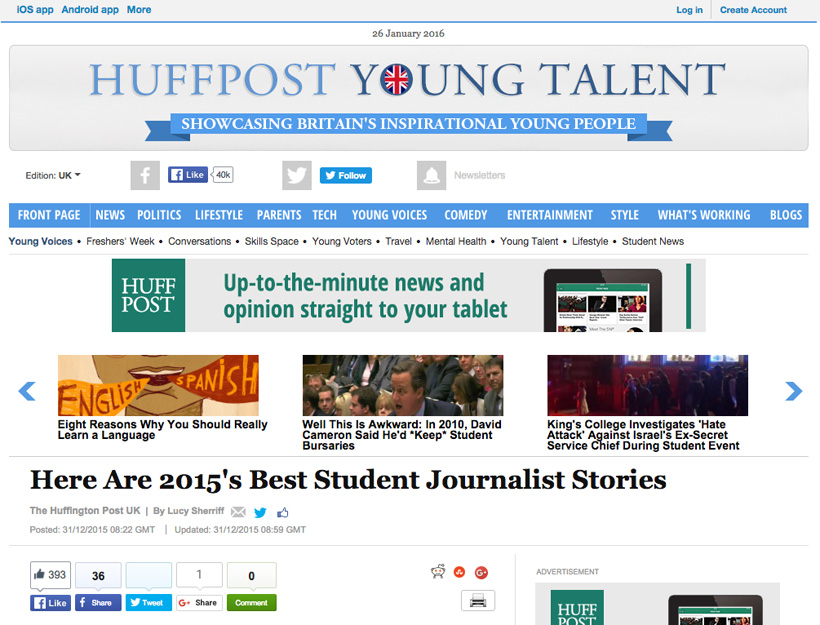 And here is a link to one of the Artefact articles that caused such a stir! Damian has also completed and published his first novel, Crownless Kings, focusing on the issue of homelessness. Crownless Kings is available for purchase here or on the official website here.  Crownless Kings has received positive reviews from its many readers, such as:

“Loved this book! Really enjoyed the writer’s conversational style and observational description. The reader is welcomed into the life of the main character and travels with him through the story as he shares his thoughts and deliberations. A warm journey through a challenging counter-cultural concept. Can’t wait to read more from this author.”
– A. Young, Amazon.co.uk

“This book is awesome! Very thought provoking, and it’s a great first novel. I’m so excited to see where this author goes next!”
– Ben. P, Amazon.com

We hope that you will enjoy these monthly installments along with us! With attention to detail and characters that come to life, we know that this novel will be a true treat for our readers! It is our hope that you will “tune in” regularly beginning on the 2nd Tuesday in January to follow this dramatic tale of almost-love!

We’ve included a sneak peek of the first chapter below to whet your appetite!

Sneak Peak!  Chapter One – The Romance of Unconnected Lives

Jane and Matt, Matt and Jane, both of them together, met one strange day which woke up intending to be like any other day. Most of the day was normal – nondescript as the majority of most days are – but things took a turn for the memorable as the evening hours approached.

This man, this science guy at the head of the fancy university, had called his colleague (a Nobel-Prize winning woman) beautiful and smart.

Harmless? So it would seem, as many had argued to Jane and many more would no doubt continue to argue in future occurrences. But this casual remark irked Jane. Why is it that men never get called handsome and smart when being introduced? Why is it that a woman’s beauty is considered a descriptive point but a man’s rarely is? And it wasn’t that she wasn’t beautiful -she was. It was that it was her first descriptive quality.

Not smart… and beautiful.

But beautiful… and smart.

Was it enough for her to be beautiful? “Don’t worry, she’s beautiful. It’s her most important quality. She’s got the first thing checked off the list. Oh, hey, guess what? She’s smart too. Bonus.”

Jane was supposed to be meeting this science guy after his speech to talk about his funding proposal for his upcoming research. Jane’s company was approached all the time for that sort of thing. In fact, there were at least a dozen other meetings scheduled like that one later this week. Everyone wanted money from Jane’s company.

It was after dinner yet too early to go to bed, though that wouldn’t have stopped Jane. She loved the rare and elusive evening in with a book or a movie to unwind the mind. She read the classics, the books that built western civilisation.  Any other night she would have looked forward to such a bibliophilic evening.

No, she couldn’t read tonight. She wasn’t sure what she was going to do as she walked quickly down the street next to the walled off park with the beautiful flowers, her anger fuelling her speed.

Matt was having a similar sort of day, one of those days which are less of a day, really, and more of an inexplicable blip in the heartbeat of life. The more they happen, the more the doctor worries, but usually it’s just the machine acting up and nothing that should bring any concern.

This week had been a month of blips for Matt: his publisher had just dropped him, because even though his last five books were on the New York Times Bestseller list, his sixth had nosedived – or is it nosedove? – and Matt had refused to write a themed novel that the publisher insisted would need to be done in order to boost sales. How could Matt write a themed novel? What even was a “themed novel”?

Matt had just gotten off the phone with his publisher and had changed his walk to go through the park because last time he did the long grass and swaying flowers had calmed him down. The park itself wasn’t particularly big, just a few blocks. It was in the middle of a busy part of town, but walled off, giving the impression of isolation.

This time the flowers weren’t in bloom, the grass was cut and every little moment which usually brought joy to Matt now only angered him. The children playing in the park were far too loud. Why on earth would you go outside in lovely weather and sit in the shade? Two of the poles in the railing had been bent as if to fit something through, but they weren’t bent the same amount and now they just looked funny and out of sync.

In and of itself it was nothing; Matt probably wouldn’t have noticed it any other day. Or if he did, he would have found it quirky. But today it was yet another straw being added to the camel’s back.

Interestingly enough, it’s rarely the straw that ruins the camel (though a broken back would do just that). More often it’s the lack of focus on one’s surroundings when too much of the mind is being taken up by the mounting frustrations and stresses of life.

It was nobody’s fault, really. Both of them were walking fast – she fuelled by the sexism inherent within society, he fuelled by the aesthetically displeasing vandalism that could have easily been fixed if the perpetrator had only spent a little more time bending the rails to the same degree. The symmetry was all off.

Neither knew that not looking where they were going when turning the corner would result in both of them being knocked onto the street and into the path of the 144 bus that runs every five minutes (unless it’s rush hour, in which case it runs every three minutes). And quite frankly, had the wall not been there, Jane would have seen Matt exiting the park and turning sharply down her path, and Matt would have seen Jane turning sharply in his direction. It was all rather unfortunate.

Had the bus been on time – coincidentally, it had been slightly delayed at the previous stop by a rather loud and rambunctious couple who refused to get off and yet stood in the doorway to stop the bus from leaving – then the light at the street crossing, which was turning orange, would have enticed the bus into speeding up and it would have almost certainly killed the two strangers as they fell into the road.

As it so happened, because the bus was slightly delayed the distance between it and that orange light was too great and the driver was too stressed to bother trying to get through. So she slowed down, allowing the two colliding strangers to fall into the path of a barely-moving bus, hitting the front of it before hitting the ground and living to tell the tale.

Whether it was a tale worthy of being told is a decision each of them would need to make as they progressed through the numerous social encounters of their lives.

Now they were just having to spend a few hours in hospital with several bruises; he had a mild concussion, she a sprained wrist; in adjacent beds with only a flimsy hospital curtain separating them.