A 7.2 earthquake struck Haiti on Saturday, August 14, setting off a humanitarian crisis in a small Caribbean country still recovering from a devastating quake that took place over a decade ago, ongoing poverty, and the recent assassination of their president this past summer in July 2021.

In the aftermath of the 2010 earthquake hundreds of thousands of Haitians were left homeless, injured or dead. One survivor, Edeline Felizor, was crushed under the rubble of the school where she was teaching that day. With life-threatening injuries, she was ultimately airlifted to the floating U.S. Navy medical hospital USS Comfort where she received medical care. Her injuries were so grave that she was then transported to San Diego where she has spent nearly ten years in recovery. During those extremely challenging months after the earthquake, Edeline began a regime of physical therapy with a La Jolla therapist named Stephanie Hoffman.

Over time the relationship solidified and Stephanie wondered what might be the most effective path out of the devastation of the earthquake for Haitians. As a passionate teacher Edeline had a clear vision for how to rebuild Haiti: “My dream has always been to help children. I want to do that through a school that will give hope to the poorest children in Haiti.” Within a year Edeline and Stephanie assembled a team of Haitians and supporters from San Diego to open Institut Edeline in the town of Croix des Bouquets just southwest of Port Au Prince, the nation’s capital. 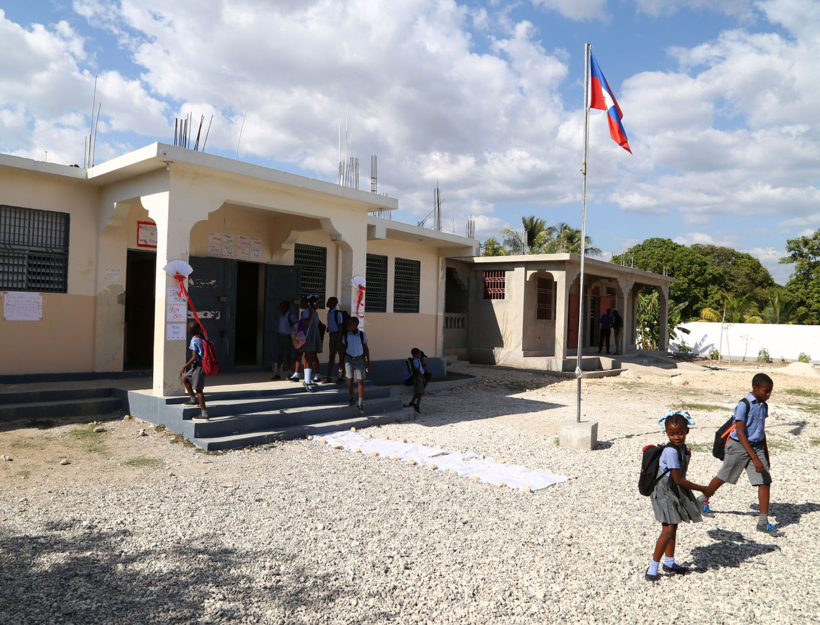 Over the years this unique elementary school has grown to serve nearly 200 children in grades K through 7th.

The original students were also survivors of the 2010 earthquake, many of whom had lost their parents or other family members to the disaster. Institut Edeline’s focus from the start has been to provide a quality education for children who might not have the opportunity to attend school, bolstered by meals, uniforms and exceptional enrichment activities. The campus has grown from a two room schoolhouse to several buildings with six classrooms, kitchen, library, soccer field, garden and basketball court. By providing these children with an education, Institut Edeline contributes to efforts to restore economic stability for the families who were devastated by the 2010 earthquake. 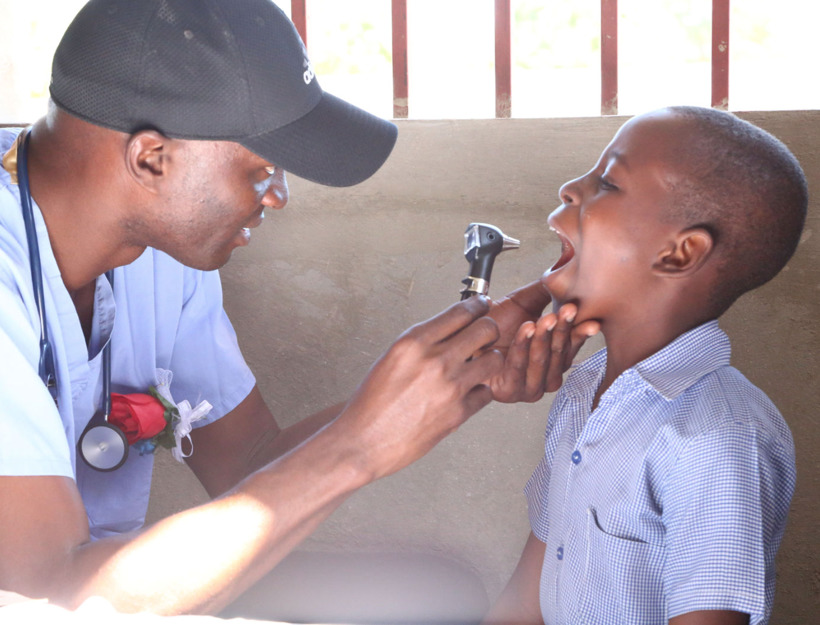 However, just last week at this writing, on August 14th, 2021, another enormous earthquake of 7.2 magnitude shocked Haiti.

This one occurred nearly 75 miles from densely populated Port Au Prince, but has nonetheless shattered a country that still had not fully recovered from the 2010 quake.  In addition, on August 16 the entire nation was drenched by Tropical Storm Grace which resulted in flooding, mudslides, road damage and subsequent limits on transporting food, water and the injured to hospitals. As of this publishing, the latest reporting is 2,189 known dead and more than 12,268 injured. 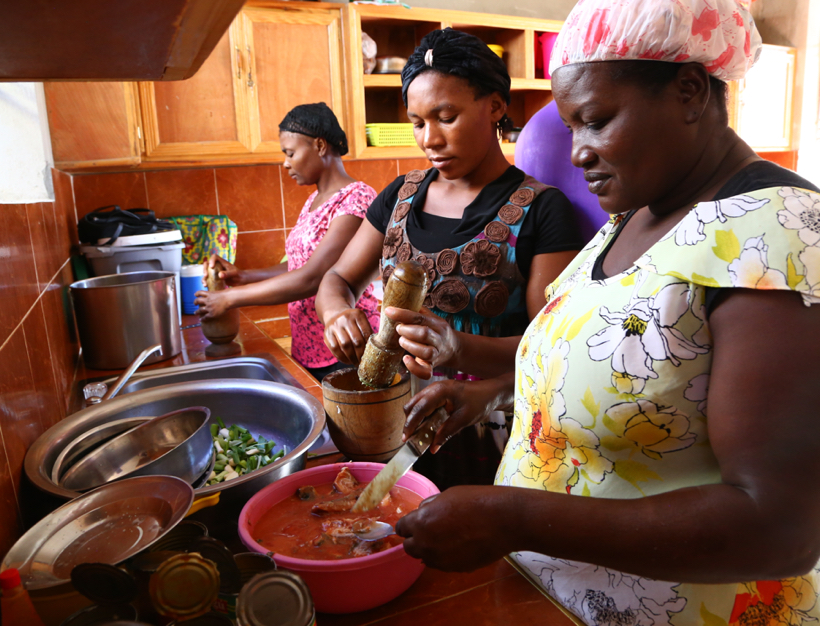 As a result, the amazing staff at Institut Edeline have decided to open a community kitchen.

The school will provide its neighbors with fresh cooked food and clean water for the next two weeks. Donations have been quickly gathered from San Diego and other parts of California in order to purchase, deliver and prepare the food needed to sustain the families of the neighborhood. The school is uniquely poised and prepared to serve the community in this way due to the infrastructure that has been developed there over the past nearly 10 years, both in human capital of the staff as well as the modern kitchen and other resources on the campus. 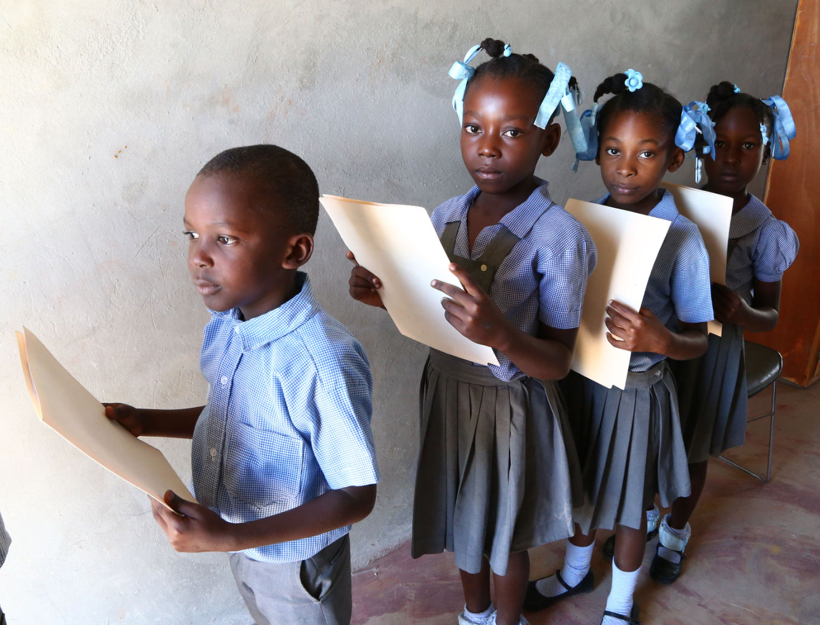 My connection to that country and its people is profound, having volunteered with Institut Edeline for several years now.

My heart sank when I learned of the earthquake Saturday morning as I knew that, once again, Haitians would suffer enormously due to a natural disaster. Nevertheless, our school Institut Edeline will serve as a food and clean water distribution center for the next two weeks and supply many of its neighbors with much needed nutrition and respite from the effects of the earthquake. Please consider donating whatever you are able to help us with this humanitarian effort.

100% of donations go to the purchase, preparation and distribution of food and water to the neighbors of Institut Edeline. Help is needed, now more than ever, so please contribute if you are able. As families are now living in tents due to fear of aftershocks and unstable walls in their homes, potable water and healthy food are difficult to access as distribution systems are overwhelmed and breaking. This is another unmitigated disaster that will have far-reaching impacts around the country.

In one corner of the devastation, however, Institut Edeline is providing hope and sustenance for its neighbors due to the dedication of the staff and the generous support of those who understand the oppressive weight of this tragic situation. Thank you very much for your assistance! 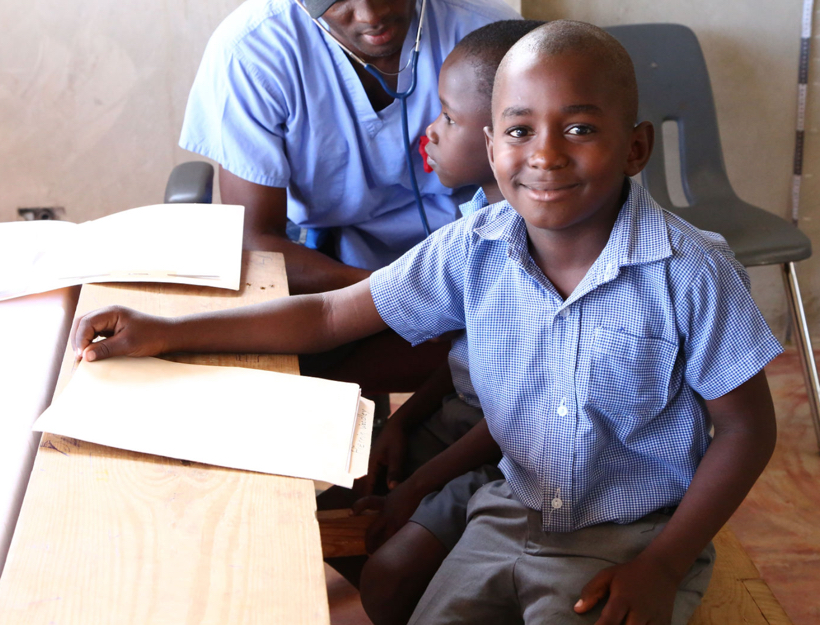