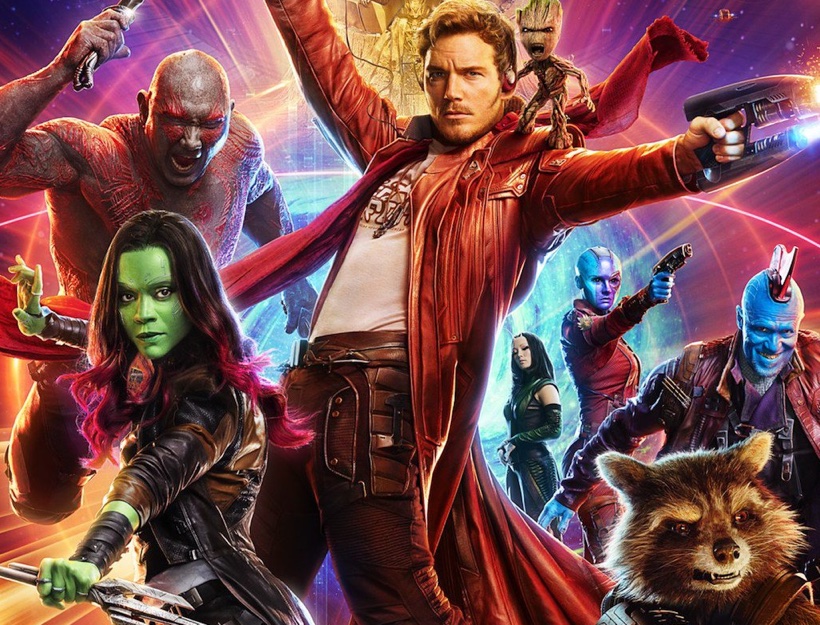 In a world where every few months brings a new superhero flick, Guardians of the Galaxy was somehow able to wiggle into fan’s hearts in a way no Marvel film before it had. People were crazy for the ragtag team of scalawags, and most Marvel geeks awaited the sequel with vocal anticipation. I was not among them. While I had enjoyed the characters in the first film, I certainly wouldn’t have put Guardians in my top 5 favorite Marvel films. I just couldn’t see why this movie out of all others had become an instant fan favorite. As the release date for GOTG 2 rolled around, I wasn’t apprehensive on whether I should spend the extra cash to see it on its debut weekend instead of waiting for the cheap theater, but I felt like it was my duty as a geek and pop culture chronicler to see  GOTG 2 upon release.

What Makes Guardians of the Galaxy 2 so great?

This movie didn’t catch me from the start. Similar to my experience with Rogue One, I found myself wondering at the beginning of the movie if this would pan out into anything great or just be an OK time at the movies. The jokes, while plentiful and often hilarious, initially felt like they were all GOTG 2 had to offer. Every time a character approached any level of solemnity another character would burst in with some sort of badly timed joke, and the movie would return to its psychedelic comedy roots. While I could see a clearer story arc developing than the first Guardians had, I worried that I wouldn’t be invested in these characters by the movie’s climax.

Was I ever wrong! GOTG 2 goes far beyond its predecessor in terms of character development and heart. It’s one of those cases, like Avengers, where the movie benefits from having its main cast introduced in an earlier film so that the sequel can truly delve into character development rather than introductions. 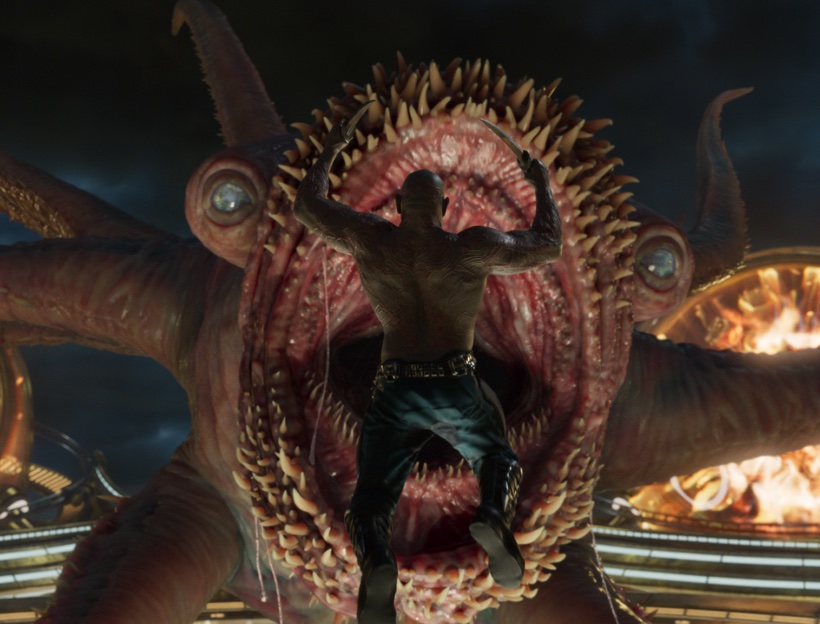 Yondu (played by Michael Rooker) is the black horse of this film. I expected him to be a cameo within GOTG 2, mainly there for laughs, but when the film begins to uncover his backstory and push him into central focus the story really takes off. Nebula (Karen Gilla), whose passionate, obsessive rage made her my favorite in the previous film, is given a key spotlight as well. Getting more details into her backstory helps the audience understand the catalyst for her rage, and her moments with her sister Gamora (Zoe Saldana) are truly touching. Finally, a new face to the Guardians, Mantis (Pom Klementieff) is a breakaway star. She is adorable, hilarious and charming. I hope we see a lot more of her in the next Guardians installment! 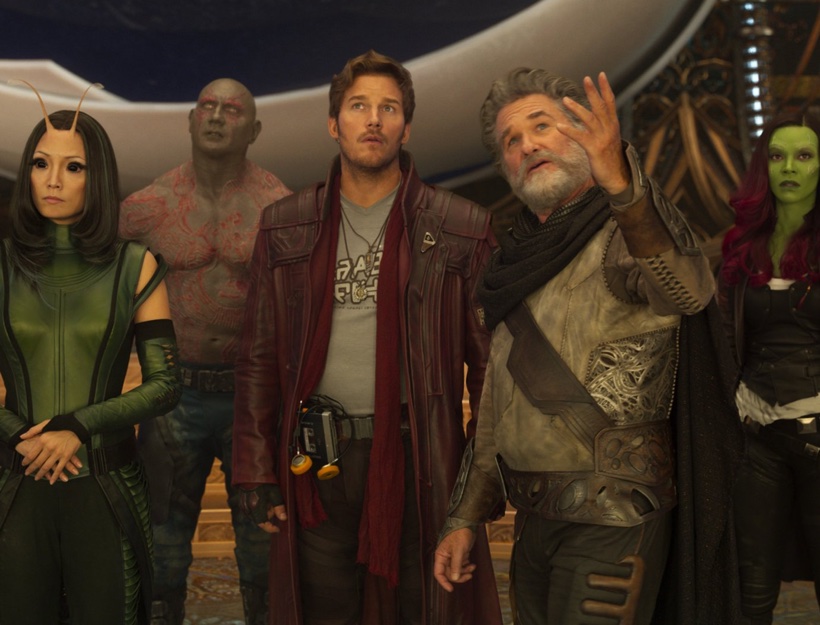 Alongside the great performances, I believe the plot does a lot to make this movie stronger than the last one. In the first film, the main focus was on the team getting together. Although they did save a planet (and ultimately the universe) in the last movie, the flat villain and underdeveloped motivation of his quest left me feeling a bit uninvested. The villain of GOTG 2 is one of the most fleshed out baddies I’ve seen within a Marvel film, with his motivation and story closely tied to the heroes. While I could predict the gist of how things would play out, there were parts of the villain’s plan that truly shocked me. By the time the final battle rolled around I was stoked, because I knew that the price of this battle, whether it was won or lost, was immense. That is great storytelling.

Also, as expected, the soundtrack is excellent.

Is there anything that isn’t done well?

There’s nothing in this film that is truly awful, but there are a handful of things the story could have done without. First of which is Baby Groot. I’m sorry, but let’s just cut to the chase: Baby Groot is a cash cow for this film. There’s a ton of adorable merchandise out there for him (and even I have bought some), but Baby Groot does nothing of substance in this film, and while all the other characters on the team are becoming better versions of themselves or at least (like Drax) staying in their prime, it’s a bit sad to see Groot who was so noble and kind in the first film reduced to baby jokes in this one. 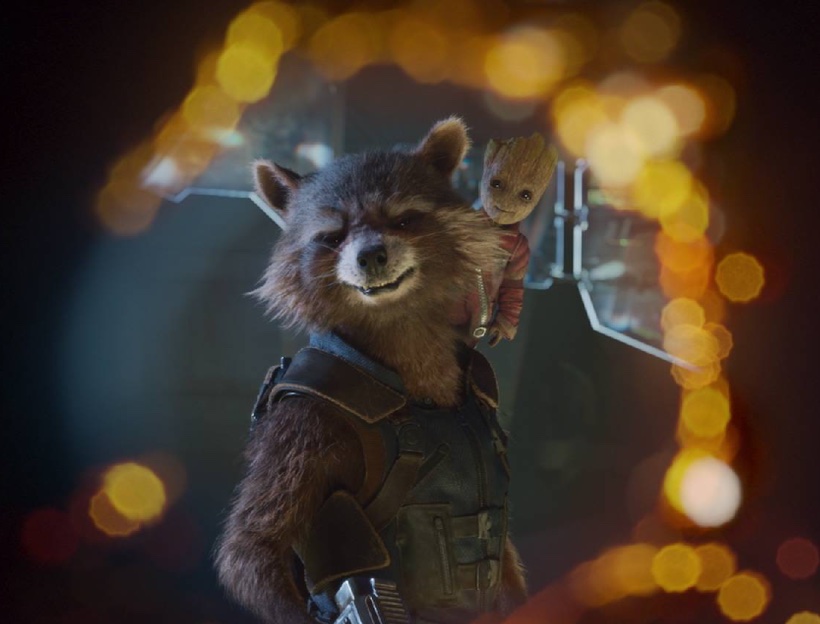 And that leads me into my second point: the jokes. This was a downright hilarious movie at many points and very quotable. However, given how much this film had been marketed to children, I was a bit shocked at some of the blatant sexual references. I say references, not innuendo, because this is stuff that I would have understood even as a child. I think it would have behooved the producers of this film to be just a bit more subtle with the jokes considering how many young children are going to see it. There are also some pretty disturbing deaths by freezing/suffocation within the film which I know will scare children because I saw similar images as a child that haunted me for some time. Kids will find this movie immensely entertaining, but there should be an adult present when they are watching it for the first time.

Finally, the romance between Star-Lord and Gamora could use some work. That’s nothing new though. Most romances in Marvel films seem like they’re added in as an afterthought to entice the female viewers rather than given any dedicated development. You remember all those funny, cute moments you saw between them in the trailers? Yeah, that’s pretty much all you get. Marvel needs to either commit to writing better romances or just quit tacking them onto their movies. 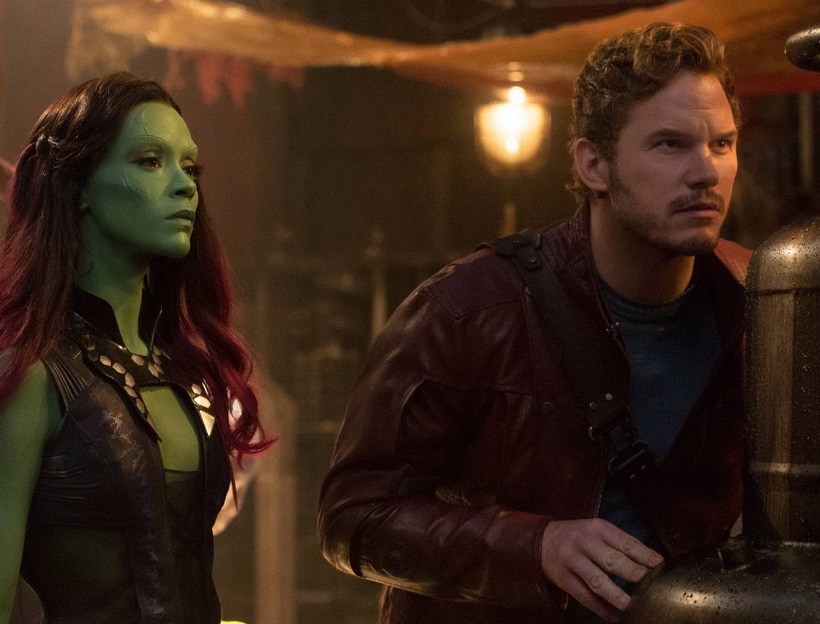 Guardians of the Galaxy 2 is a hilariously charming and endlessly quotable film that makes a great addition to the Marvel film collection. It’s a great movie to watch if you want a good laugh or are looking for something to tug at your heartstrings. The Guardians of the Galaxy are a much goofier bunch of misfits than any of the other superhero teams out there, so it’s great to have their role in the MCU pantheon so well established with another solid film. Needless to say, another GOTG film is sure to come our way in the next couple years. I look forward to the day I get to see these lovable scoundrels on the big screen once more.
* 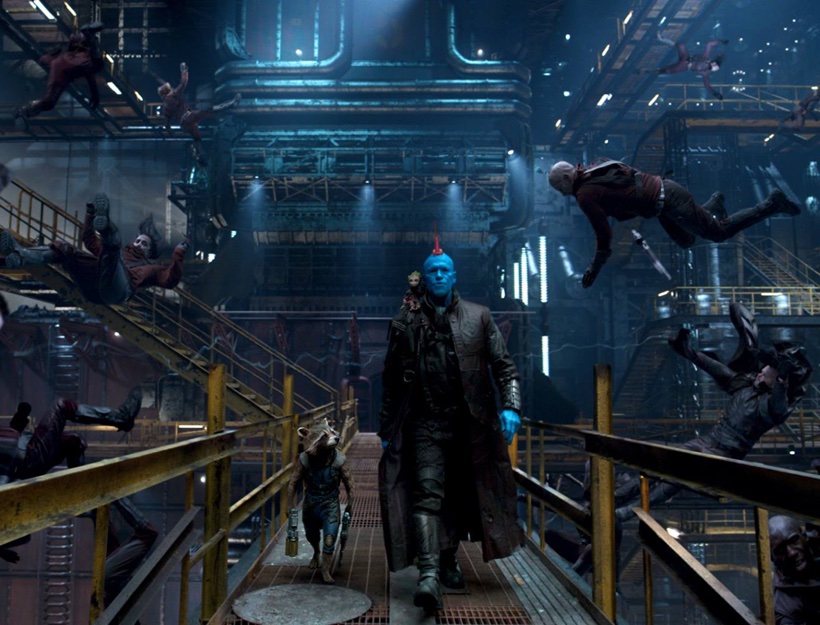