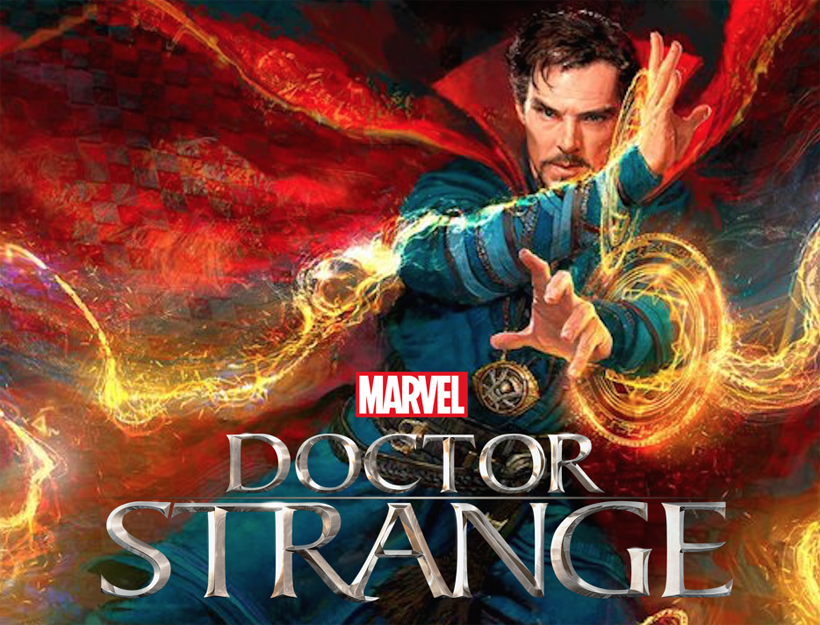 Doctor Strange adds itself to Marvel’s pantheon of superhero films this November. There are so many superhero movies and shows out there nowadays that it’s nearly impossible to keep up with all of them, but the magical elements of Doctor Strange’s story attracted me to this film. It’s high time that a spell-casting magic user joined the ranks of the MCU (Marvel Cinematic Universe), and Benedict Cumberbatch is perfect for the role of Stephen Strange. I came to the theater expecting to have a good time, and I wasn’t disappointed.

WARNING: Minor spoilers ahead. And by minor, I mean miniscule. 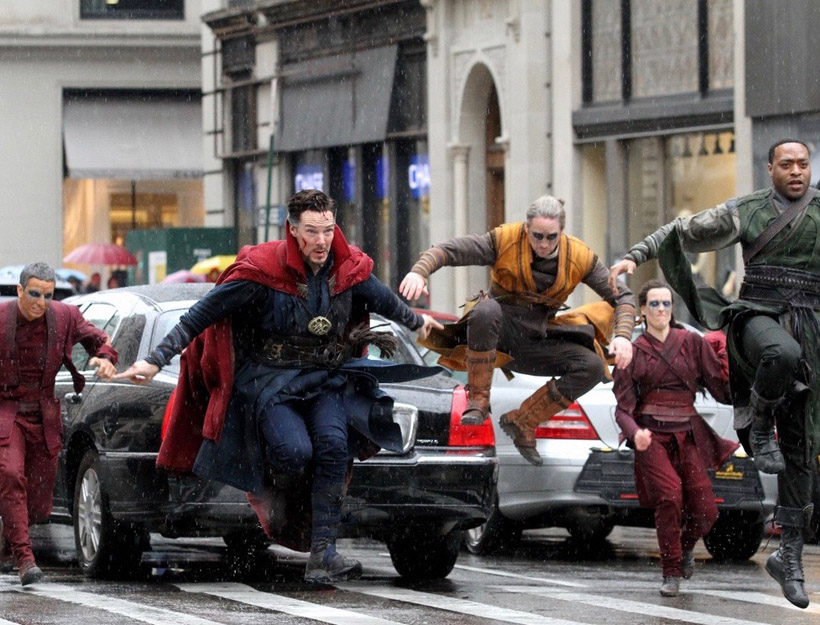 From the trailers I’d seen, I knew this film was going to heavily employ CGI (computer-generated imagery) to depict the reality-altering powers of the sorcerers in Doctor Strange’s world. Usually such prolific use of CGI backfires, making the film seem less realistic, but in Doctor Strange the CGI effects were stunning. Buildings and streets fold in upon themselves endlessly, creating a striking, kaleidoscopic effect. The complexity of these ever-expanding magical fractals is truly beautiful and unlike anything I’ve seen in other films. As Faust (a popular comic reviewer) pointed out, the film’s trailers seemed to market this as another Inception, but Doctor Strange is clearly another thing entirely and I love it. 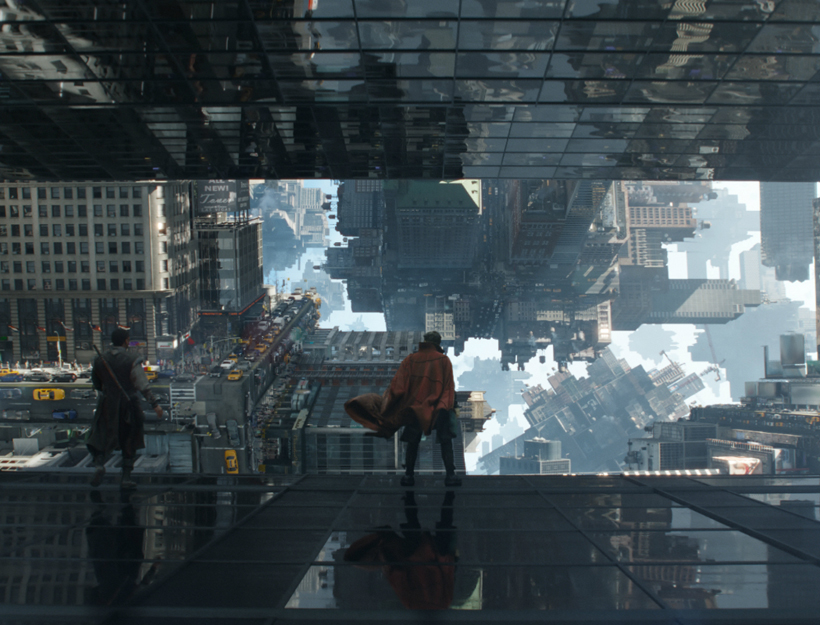 Also, Doctor Strange is comedic gold. I suppose I shouldn’t have been surprised by this, as other Marvel films like Avengers also have excellent comedic dialogue. The magical elements of the film and the tone set by the trailers though made me expect a more serious story. While it isn’t a comedy, Doctor Strange does a great job of lightening the mood at the best moments just when you least expect it. Stephen Strange is constantly putting his foot in his mouth, and his forays into the world of magic offer as many entertaining blunders as one could expect from a cocky newcomer whose world has been turned on its head.

Like Captain America: The First Avenger or Iron Man, the focus of Doctor Strange is on Stephen Strange’s backstory, giving him a rich character development that characters without their own individual movie can often lack. We see Stephen Strange go from a cocky, self-obsessed neurosurgeon to a heroic leader while maintaining his arrogant flair. Like Tony Stark, becoming a hero doesn’t mean Stephen Strange is suddenly a humble, selfless saint. That’s what makes his character all the more believable. He enters the world of magic with his life in ruin and emerges more mature and thoughtful, but still with plenty of room to grow. The post-credits scene with Thor was gold, and I can’t wait to see Doctor Strange’s interactions with all the other MCU heroes. Given his love of music trivia (and the Infinity Stone in the film), I’m really hoping for a future scene between him and Star-Lord. 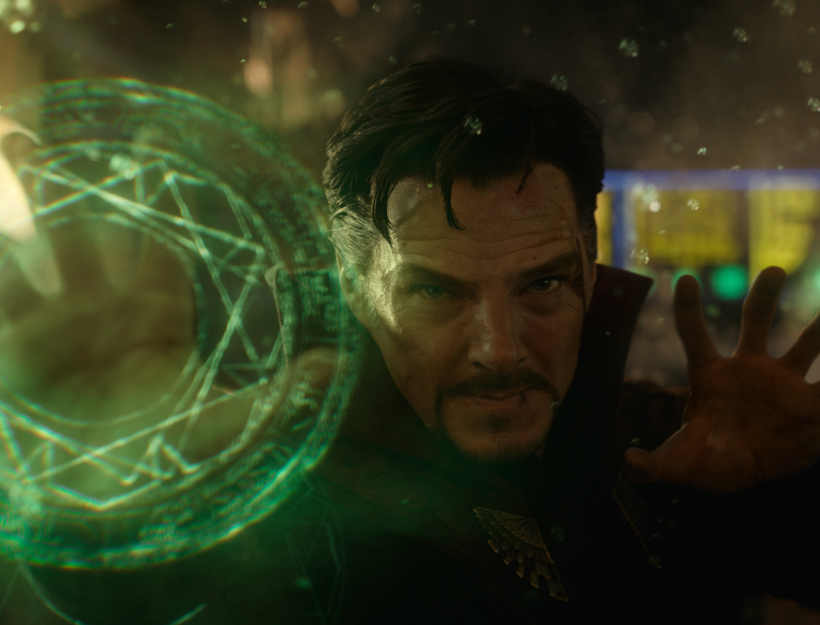 If I had to name a primary weakness for Doctor Strange, I would point to the general weakness of most Marvel films: unappealing villains. The main enemies of the film, Kaecilius and Dormammu, are generic and one-note. Kaecilius’ belief that oneness with Dormammu will bring about blissful immortality is never even remotely appealing, and the main scene with Dormammu, though entertaining, does nothing to make Dormammu himself a memorable character. Stephen Strange’s decision to land in a morally grey camp is a wise one, but the consequences of this choice are only beginning to be explored as the movie draws to a close. The weakness of this plot line is forgivable though, as the true focus of the film is on the development of Stephen Strange on his road to becoming the Sorcerer Supreme. 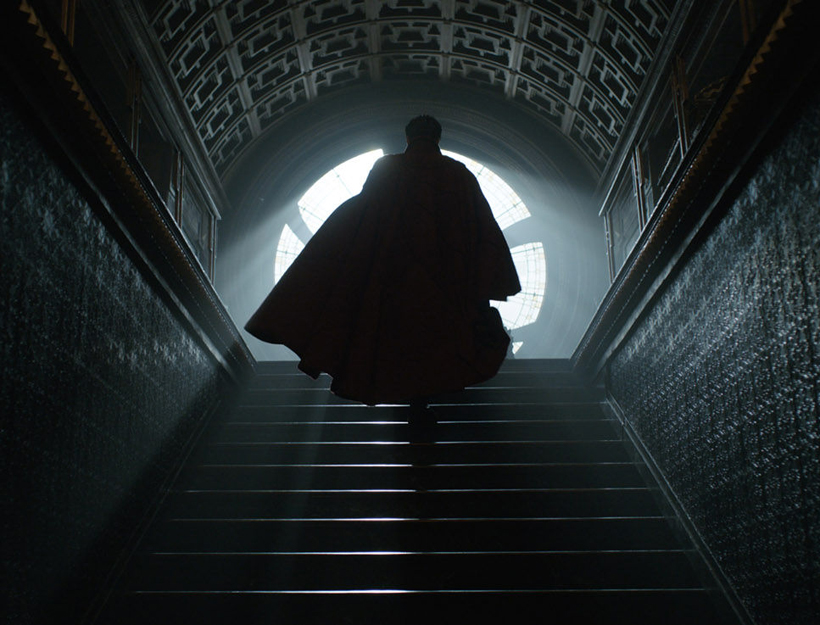 The only other part of the film that I didn’t care for was Stephen Strange’s romance with Christine Palmer. It wasn’t really that the romance was bad, it just felt completely unnecessary. Christine Palmer fills Stephen’s need for a tether to the real world, someone he really cares about there. I felt like a sibling or a best friend would have filled this role just as well though, and not been as predictable and formulaic as this romance was. Again, it wasn’t a bad romance (like Thor’s and Jane Foster’s was in the first Thor movie), but it just felt tacked on to me.

Doctor Strange is a solid film to add to the MCU franchise and will remain beautiful and entertaining through several viewings. It didn’t do anything to break outside of the normal superhero movie mold, but it’s a great example of what a film in this genre should be. If you’re a comics nerd, this movie is definitely worth watching. Even if you’ve never heard of Dr. Strange and are a bit worn out with the slew of superhero movies that have come out over the past few years, give this one a chance. You’ll leave the theater with a new love for Doctor Strange and a desire to see what’s next for him in the Marvel multiverse.
*