Macbeth is one of the most renowned pieces of literature throughout Western history. Millions of students have read the play in classrooms and countless scholars have analyzed its every line. Even today, the words “tomorrow and tomorrow and tomorrow” take me right back to the days I spent memorizing Macbeth’s most famous soliloquy. The story of vaulting ambition and bloody revenge contains universal themes and painfully human moments that keep audiences glued to the text centuries after the Bard first penned them. With such a rich legacy contained within Macbeth‘s pages, Joel Coen had a massive undertaking in his first solo venture in directing without his brother Ethan as he created the 46th cinematic interpretation of the Scottish Play. The question is, did he deliver?

It depends on who you ask. The Tragedy of Macbeth, while largely lauded with high scores across sites such as Rotten Tomatoes and Metacritic, certainly has its detractors too. Richard Brody of The New Yorker wrote, “It isn’t only the sets that are bare. The intellectual framework within which the movie is set is similarly insubstantial.” On Looper.com, Alistair Ryder said that while “it may have been championed as a bold triumph by dedicated students of the Bard… for those of us who haven’t studied Macbeth since high school, there’s very little here that feels groundbreaking,” What then should the takeaway be when looking at The Tragedy of Macbeth? Should it be hailed as the best interpretation of the Bard’s work yet produced for the silver screen or is this particular attempt one that will fall short in the annals of history? 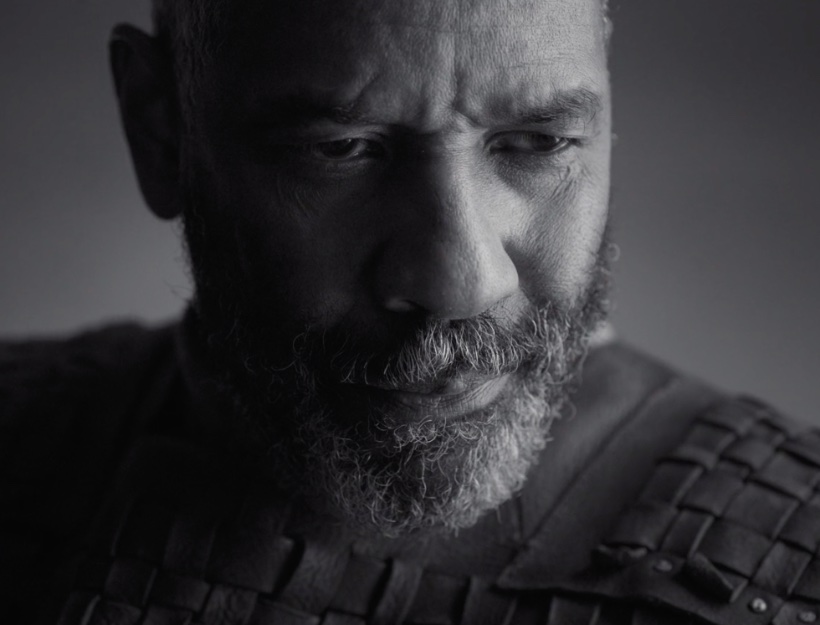 Upon my first viewing of The Tragedy of Macbeth, I wasn’t quite sure what to make of it. It was certainly striking, particularly in the cinematography (the entire film was shot on sound stages, a choice made by cinematographer Bruno Delbonnel to make the sets look “untethered from reality”). The entire film is somber and foreboding, leading many to point to German Expressionism as a key influence. When watching the story unfold, it feels like you as a viewer are not watching a movie per se but you certainly aren’t watching a stage play either. The entire piece oozes theater, with the minimal sets evoking memories of how the play might be viewed onstage while the dynamic shots onscreen are far out of the wheelhouse of what classic theater can achieve. The Tragedy of Macbeth is a film that puts you on edge with its barren architecture and hyper-contrasted black and white; perhaps this is exactly what Coen set out to achieve.

The film exists in a liminal space between thought and reality with utterly human moments standing in contrast to the flat backgrounds and clearly manufactured landscapes. This dichotomy is intentional and inherently polarizing. Some will love the strong aesthetic spirit seeping out of each shot while others will find the intentional artificiality pulls them out of the movie. For many, their visceral reaction to the film will lead them to label The Tragedy of Macbeth as fully incredible or totally awful and leave it at that. While my initial reaction upon viewing the film was one of confusion and alienation, as I sat back and mulled over the aspects of the film that struck me deepest, I found my feelings toward it warmed and my respect grew. In the end, though I did not reach the utter adoration of the film so many have, I felt I took steps toward understanding what it wanted to be and respecting the film on its own terms. 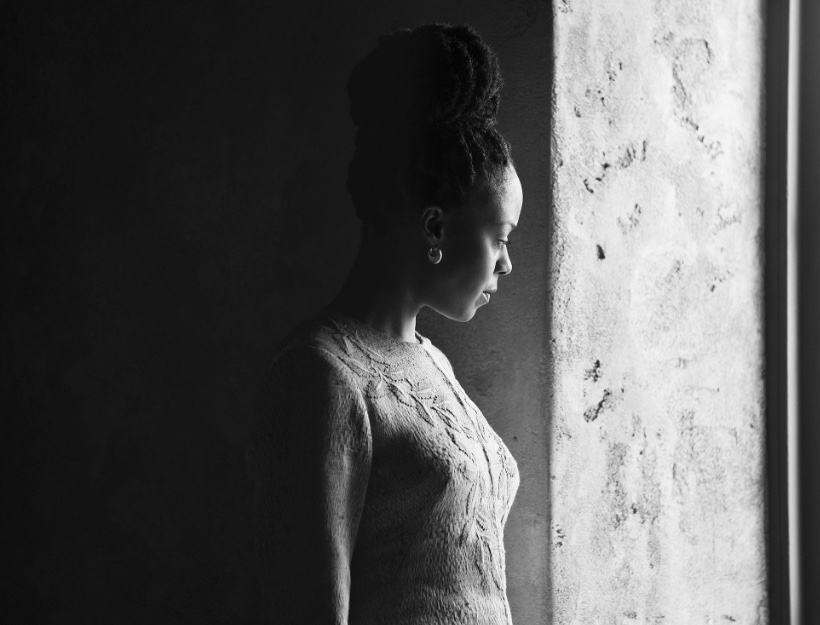 I’ve heard it said before that the goal of great filmmaking isn’t to make the audience love your film but to make them think. The Tragedy of Macbeth accomplishes this in spades. At its core, the original play is a character study. The motivations of all its players are called into question and explored with Macbeth and his wife being at the center of the drama, intrigue and chaos.  Their story has been retold time and time again with each iteration exploring the various nuances of the pair, their mutual ambition and eventual tragic downfall. So how did the two greatest stars, Denzel Washington as Macbeth and Frances McDormand as Lady Macbeth, do?

I’ll be honest… I didn’t love them. I found myself agreeing with much of what was said against both performances, that while both actors are remarkably talented it did not feel as though they brought anything new to either role. Their performances were by the book from start to finish. Though I applaud Washington for bringing a charisma to Macbeth which avoided any sort of cowardice or self-pity that would have tarnished the character’s star quality, it still felt as though a certain degree of pathos was absent. The two leads presented a loving couple, which would seem to be a welcome change from the toxic quarrels presented onstage in iterations past, yet instead of bringing forth deeper exploration of the relationship this choice seemed to simply take away the bite of many of Lady Macbeth’s sharpest lines. To me, the performances felt regal yet safe and that, sadly, made them boring. 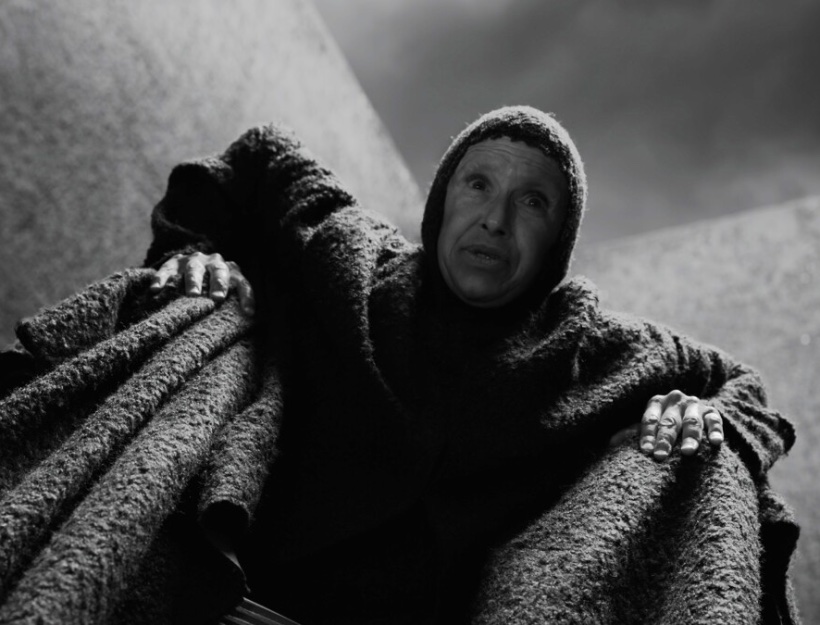 Ironically, though the main stars left my interest unstirred, almost each and every member of the supporting cast nailed their role. Kathryn Hunter gave an absolutely stunning performance as the witches for which I have seen nothing but praise (as it deserves). I would watch an entire film solely following her character as her scenes were by far the most iconic. Brendan Gleeson transformed the character of King Duncan from his common depiction as a kind-hearted, jovial fool to a melancholic monarch whose vulnerability in the wake of a quelled revolt is palpable. Moses Ingram as Macduff’s wife and Ethan Hutchison as their son delivered one of the most touching scenes of the film as they discussed Macduff’s apparent betrayal and what the point of denouncing evil was if the wicked prosper. Their words will stay with me long after I’ve forgotten most others.

I was also intrigued to see the character of Ross (played by Alex Hassell) given such importance. The film elevated the role from simple messenger to key player with such elegance that I found myself revisiting Macbeth itself to see if I had somehow forgotten one of the main characters. I was delighted to see Corey Hawkins as Macduff steal each scene he was in with his expressive delivery of each and every line. It’s a much different role from his stint as the charming Benny in In the Heights, yet Hawkins showed his range by giving the somber role his all. Finally, an honorable mention must be given to Stephen Root as the Porter for making Shakespeare’s wordplay and innuendo as funny today as ever despite the archaic prose. 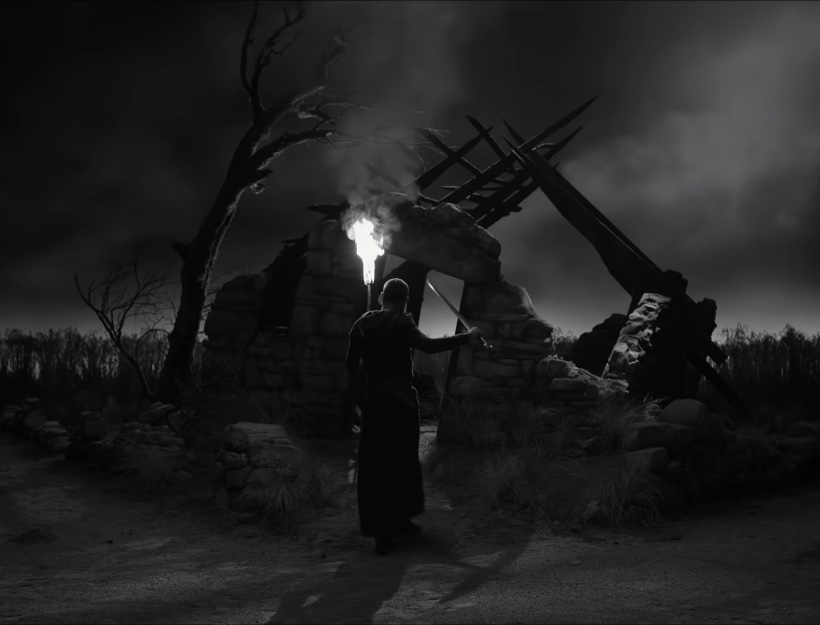 The Tragedy of Macbeth is a film worth revisiting. It is the sort of movie that can’t be taken in all in one go. There is so much that the film tries to accomplish in its short hour and forty-five minutes and while it doesn’t hit the mark on every goal it is certain to leave a lasting impact for its viewers and inspire discussion long after the credits have rolled. It may not be the best version to play for a squirrely group of high schoolers who have just finished reading the play, but many of its most powerful and cinematic scenes are worth viewing and analyzing all on their own. This isn’t a film for everyone, but a story does not need to be all things for all people.

The earnestness and love behind the film is palpable; the longer you sit with it, the more the story seeps into your bones. I believe The Tragedy of Macbeth will stand the test of time and that the cinematography and performances within will be lauded for years to come. If you’re a Shakespeare buff, definitely give it a watch. It’s certain to give you something to think about.
*