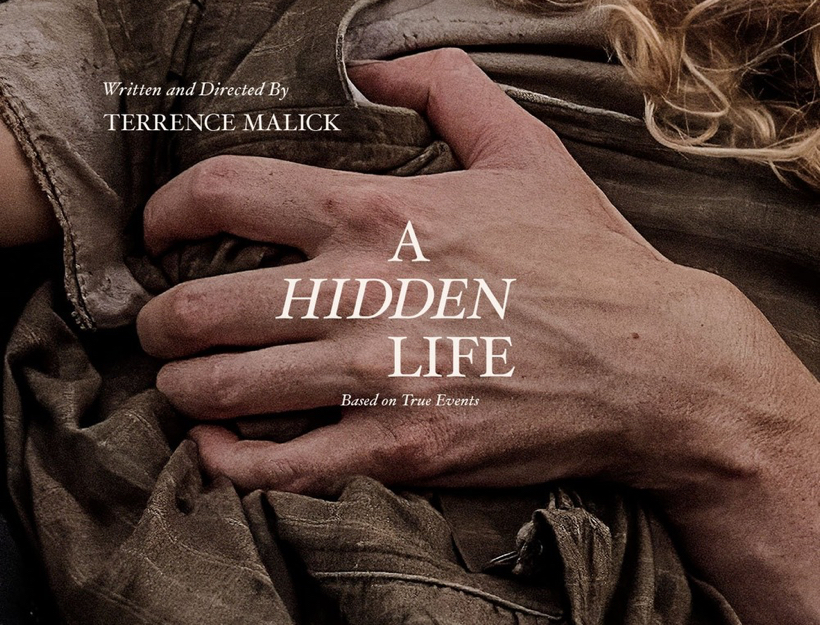 Terrence Malick’s new film A Hidden Life is about an Austrian farmer who lives in a deep valley below a towering mountain with a cataract of water tumbling from it. His life in this setting is determined by seasons and animals, by what comes from the ground and his wife and daughters. Unfortunately, his valley lies on the eastern side of the soon-to-be erased German-Austrian border in the 1940’s. When the Anschluss comes, Franz Jägerstätter’s once earthen life becomes determined by nationalism: men in boots with rubber stamps and ink pads and metal bars and the desire for one will to triumph over another.

At the center of the film lies an oath to Hitler. One would think that making a movie built around a set of words, you’d have to at least hear them once. But Malick’s new film is political in the quiet way that you would expect of him. Between zoetroped images of family life Jägerstätter is forced to ask himself questions most don’t ask in a lifetime. There are no examinations of his childhood to explain why he does what he does. He worships God alone, and when that worship becomes a “demand,” as the film puts it, he chooses to answer it rather than ignore it. In this setting, to hear the actual oath would be an abomination.

For years the movie that best dramatized the grain of living under Nazi rule was Schindler’s List. In that film, a businessman manipulates a wartime economy to make himself a fortune. His decisions are large because they influence many people; and the choice he must make eventually becomes clear: will he follow his own greed or will he save the hundreds of employees who depend on him? Jägerstätter’s choice is small. His townsfolk and even the local clergy ask him what would be the price of swearing loyalty to Hitler? You could be an orderly or a paramedic they tell him. You don’t have to fight for an unjust cause. You just have to be silent about its unjustness. After all, even the Scripture tells us every man ought to be subject to the powers above him. But Jägerstätter’s conscience directs him in a way that no one expects. He decides he cannot take the oath of loyalty to Hitler. And despite the cries of almost everyone around him to save his family – Think of your wife! – he sticks to his decision and follows a higher law than the one presented to him.

A Polished Mirror for Our Own Times.

In our era, the Second World War serves as a marker of the last time when it was easy to pick out the bad guys. The last “good war” the West fought, we see it most often in colorized cable specials and overly-dramatized movies where the square-jawed fight the harsh-tongued, and it’s easy to pick where we would stand if we had to fight it all over again. Some might ask what need there is for another movie about the same tired subject of eighty years ago. But Malick has done more than make a movie; he has polished a mirror for our own times.

Jägerstätter’s life is roiled by a shifting world around him. I cannot help but feel that today we see – no less than decades ago – our own world shifting beneath us. The internet in particular is strewn with sometimes convincing arguments for expedient illiberalism and tribalism. Walls must be built for safety, for preservation, for the separation of what is good and right from what is incorrect and false. The mayor of Jägerstätter’s town delivers a speech we hear in snippets that might be pulled from the rallies of popular politicians around the world today.

It is important to mention that Jägerstätter’s decision burns to the ground not only his own life, but his wife Fani’s as well. She marries him for his goodness and takes the consequences of that decision even when the townsfolk spit on her for her unpatriotic husband. She does not guilt him into going against his conscience. Unlike almost everyone else in the movie, neither she nor Franz are in the business of shifting responsibilities onto other people.

An Alchemy Pantomimed in Religion…to Create Something Otherworldly.

Like all of Malick’s movies, the film is beautifully shot. The silent cataract of water from the mountain flows into the valley and into a river that runs the grist mill where Jägerstätter brings his crop. It’s an alchemy pantomimed in religion, where what is given and what grows come together to create something otherworldly. A Hidden Life seems to take seriously the first line of the Christian scripture; if the Word created all in the beginning, then the film seems to suggest perhaps our words decide how it all ends.
* 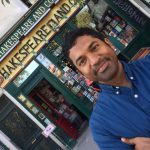 James grew up in Los Angeles and spent most of his years in the film business developing films before deciding to strike it out on his own. He likes to read and write and watch movies, but gets a lot more done when he turns off his internet connection.