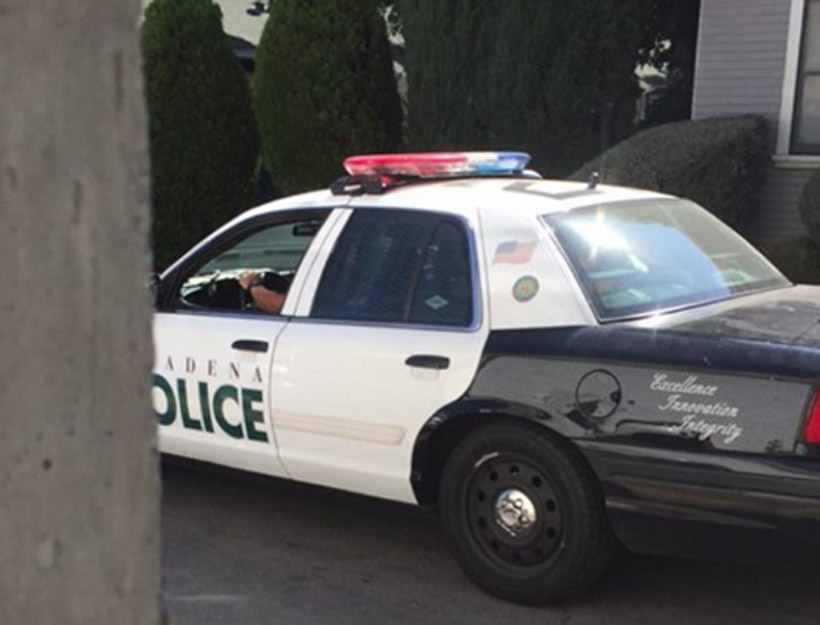 I typically avoid police officers. I have found it safer to just not be near people with guns, regardless of the organization or gang they belong to.

I have had a range of emotions over the last few days because of the high levels of violence our country is comfortable with. There was something particularly unsettling about witnessing a man dying in real time, not a video of what happened hours ago, but as it was developing, that has altered me forever.

Yesterday, I walked out of the safety of my art studio and noticed a police car pulling into the parking lot maybe 20 ft away. That is not typical. In the two years that I have been here, I have seen a police car one time. As he pulled in, he smiled at me. Triggered by seeing an officer near my safe space, I cut him a look filled with anger and dismissiveness. I thought: How dare you smile at me.

I went on with what I was doing, but a few minutes later it registered that he smiled as an acknowledgment of my existence. This is the thing that I constantly am angered by in regards to white America. This man, this officer did what I say I want, and I rejected it. Confused, ashamed and a bit embarrassed, I vowed to myself to acknowledge what just happened if he was still outside. HE WAS.

So with my highest level of humility and confidence, I asked if I could talk to him. I acknowledged that what I admitted he may have been completely unaware of. I shared with him my hurt and frustration. I shared with him how unimaginable being an officer is to me. I asked that he be increasingly more aware and thoughtful of the effect of taking out his weapon. I cried the entire time. I couldn’t stop crying because I was saying what had been inside for so long. I was face-to-face, one-on-one with an officer, telling him how I felt.

It was met with kindness and humanity. The officer shared with me how rare it is for people to talk to him like a human, to see how difficult and scary his job is. He shared with me that he worked hard to be an officer to make things better, that he thinks anyone committing crimes, especially officers, should be in jail. He shared that he is doing the best he can to protect and serve.

I thanked him for his time. I extended my hand, and for a split second as our hands touched, I was just a woman and he was just a man trying to find some kind of healing. This is an important step.

I’m so grateful for that moment. So grateful I was crazy and brave enough to ask him to talk. I will carry that human moment into all the work that is to come. I promise to TRY to see officers as human beings first in the face of these trying times. I promise to be a peace-based leader as we figure out the next steps toward justice and freedom for all.

I am not against any person or group, I am against a system designed to divide and devour.
*