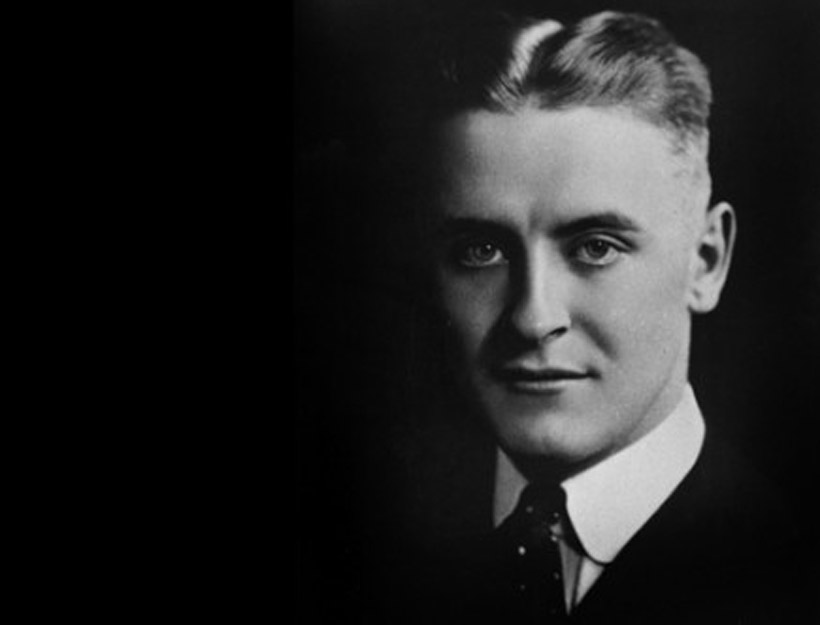 “I’m a romantic; a sentimental person thinks things will last, a romantic person hopes against hope that they won’t.” – F. Scott Fitzgerald.

Probably the greatest description of F. Scott Fitzgerald is the above quote, attributed to him. Between the time of the romantic writers and the present we’ve lost much of our understanding of what it meant to be a romantic. Not the lovey dovey romance of relationships, but the romance movement. It was about the acceptance and almost longing for pain and sorrow. It was about the embrace of melancholy. It was the pseudo-enjoyment of seeing things fall apart.

Fitzgerald was one of the greats in this movement. He was a leading figure and prime example of what it meant to be a romantic. His life was full of tragedy and sadness, and his fame and skills helped propel him to his eventual demise. Plagued by alcoholism his whole adult life, he died at forty-four. His wife was put in a hospital several years before his death after her mental state deteriorated. She died in a fire at the hospital eight years after him. Their marriage was rocky at best, both of them pristine products of the jazz age and everything that came with it.

Step one to writing the Great American Novel: Enjoy the fluctuating emotions.

“Show me a hero, and I’ll write you a tragedy.” -Fitzgerald.

Much like Hemingway and others around the time of Fitzgerald, emotion played a huge part in his writing. His life and his experiences played into his stories in ways far more striking than many of us understand. Tender is the Night is all but a biography of his and Zelda’s life, ending with the degradation of her mind and their relationship.

Fitzgerald wrote what he knew, and he wrote it well. Besides the obvious parallel between his and Zelda’s lives and those in Tender is the Night, many other aspects of their lives entered into his work. When Zelda gave birth to their daughter, ‘Scottie’, Scott documented her saying as she got out of the anesthesia, “I hope it’s beautiful and a fool.” This was before Fitzgerald even began work on The Great Gatsby. Not only did he portray himself in Tom, Nick, and Gatsby, but he also wrote Zelda into the role of Daisy and Jordan.

Step two to writing the Great American Novel: Be in an unstable marriage.

Both Zelda and Scott were brilliant writers, and in many ways that’s sad, because Zelda’s brilliance was often hidden by her husband’s. They were both incredible socialites too. But what they’re famous for is their rocky marriage and everything that went with it.

After agreeing to marry Scott following the release of his first novel, Zelda and Scott moved to New York where they quickly became the life of the party. They were young and beautiful and everybody wanted to meet them. Their parties were fueled by alcohol and led to several occasions of them being thrown out of hotels. They were, to everyone around them, the epitome of the Jazz Age.

This was all fine and dandy during the party, but once the music stopped and they went home, the arguments quickly developed and they began to bicker and fight more and more. Slowly their parties got worse and worse, and their habits became more and more destructive.

By the end of their marriage both had had affairs, and each felt a great deal of anger and resentment to the other.

When he passed, Fitzgerald thought nothing of himself and little was noted when Zelda passed away eight years later. The two had wrestled with financial success and failure throughout their lives, and the last few years were the worst. It wasn’t until after his death, when various inspired-by plays, memoirs by mistresses, and other material came out that interest in their lives and work was rekindled.

Their lives as party-goers lived on past their death and was much of what it took to rekindle interest in their work. Both Scott and Zelda were the inspiration for various characters in plays and movies over the next twenty years. Writers and critiques soon began looking again at both of their work, and praise for their writing abilities grew from there.

Though Scott was far more famous than his wife, Zelda found her fame too in the years following her death. She was hailed by the writer Nancy Milford in the biography, Zelda: A Biography, as a talented artist under her controlling husband and soon found herself an icon of the feminist movement at the time.

Also, in case you’re wondering if there is any connection between Zelda and The Legend of Zelda, there is. According to an interview with the series co-creator, Shigeru Miyamoto, he liked the sound of her name and knew her as a famous and beautiful woman, so he used her name for the character.

Ninety years after it was written, F. Scott Fitzgerald’s The Great Gatsby is now mandatory reading in many schools and universities in the USA and Europe and, in 1992, Zelda was inducted into the Alabama Women’s Hall of Fame.

Scott and Zelda were the clichéd destructive artists. They drank too much, fought too much, and made each other’s lives hell. When Scott was writing his final completed novel, Tender is the Night, Zelda sent him the manuscript for her book. Both were quite similar, following semi-autobiographically their marriage, and both contained some of the same material. Scott, according to Nancy Milford, made Zelda revise the novel so that he could still use the parts that he intended to in his.

The two of them are icons, living on in America’s image of the Jazz Age and embedding themselves firmly in the history of literature. Their lives were full of tragedy – much of it their own – and they used that tragedy to fuel their lifestyle and their writing. The beauty in both of their works comes from the brokenness and romance of their life together. And it was this brokenness and romance which they arguably sought out. In the words of their daughter:

“I think (short of documentary evidence to the contrary) that if people are not crazy, they get themselves out of crazy situations, so I have never been able to buy the notion that it was my father’s drinking which led her to the sanitarium. Nor do I think she led him to the drinking.” – Scottie
*