Why do we gravitate towards certain things? Why do we like what we like? What is it about that certain thing that keeps us coming back for more? 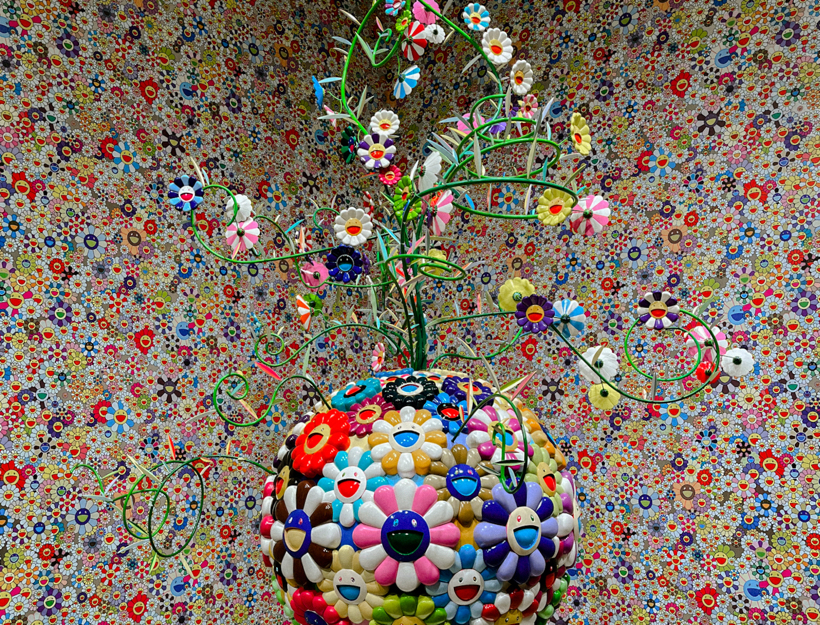 For me it’s pretty simple: it just has to be cool.  Now what is “cool”?

Growing up, “cool” for me personally was watching Street Sharks and Fantastic Max in the morning while I ate Fruity Pebbles and Cinnamon Toast Crunch. Cool was playing my Pokémon game on my Gameboy and destroying my big homie in Pokémon battles with our little link-net cable which was really just a usb cord.

As I got older, “cool” became listening to Pharrell, Lupe, and Kanye and trying to decipher all the dope fashion brands and artists they mentioned in their lyrics over their crazy beat selections. One of those artists mentioned just so happened to be a contemporary Japanese artist by the name of Takashi Murakami. Kanye eventually had Takashi create the cover art for my favorite Kanye album of all time “Graduation” and Kanye enlisted Murakami again to create the more recent collab album with his ex-bestie Kid Cudi “Kids See Ghost” which shows how much the culture appreciates Murakami – because Kanye never does the same creative twice in a lifetime.

The artwork of Murakami has transcended across the multi-generational platform of hypebeasts, rappers, art connoisseurs, and curators globally which makes Murakami arguably the most influential contemporary artist of this decade. The more I know of the art and experience it, the more I’m a fan. 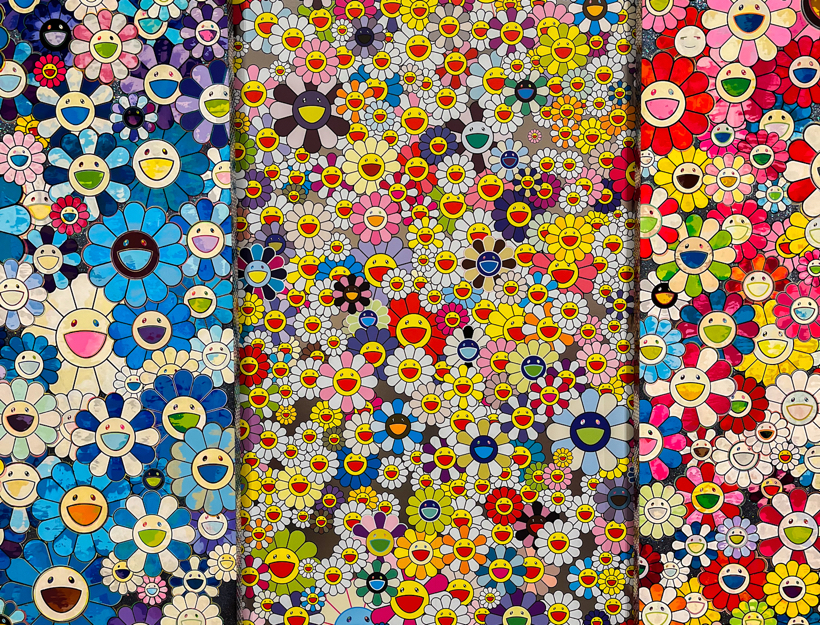 Art is more popular than ever with the millennials and Gen Z generations.

Growing up I couldn’t tell you who the hottest artist was because in Pasadena at the time art wasn’t something that was even being discussed. As I got older listening to the artist I mentioned above, I quickly realized I was missing out on a huge part of my brain and I started reading every art book I could get my hands on. After Kanye introduced Murakami into the mainstream market it gave him exposure to a larger audience. Murakami’s work now has become a part of our everyday lives and we probably don’t even realize it because his artwork is everywhere. Usually when you go mainstream they say you sold out, but Murakami’s work is so distinct and cannot be imitated easily because he created his own world with his artwork. 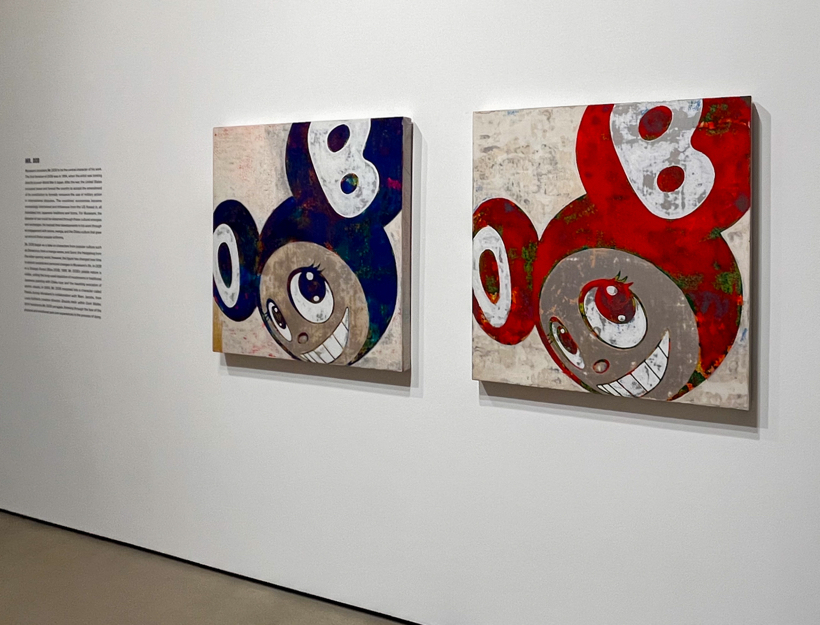 Murakami’s work is not easily imitated because he uses large scale canvas, bright colors, acrylic, and many shapes and characters. What I love most about Murakami’s artwork is that most of his pieces were inspired from a dark place such as pain and death but he has somehow figured out how to convert that energy into his artwork making it much more joyful. In his work you will see he uses a ghostly character and skulls to represent pain and death, however the bright colors and cartoon-like characters make you feel like you are viewing a cartoon and it’s fictional. The presence of pain and grief are probably the last things you think about because of his color selection and all of the easy-going cartoon characters he creates to tell his story. 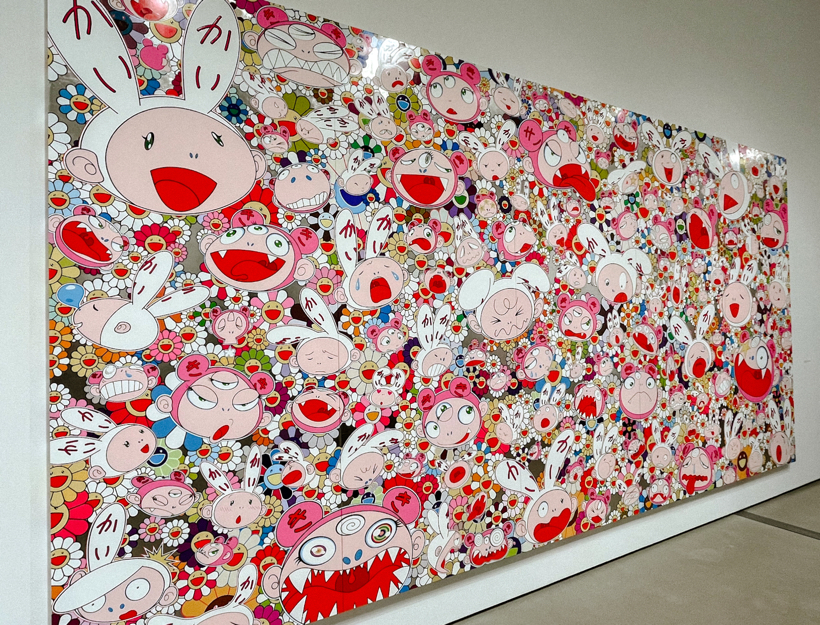 Out of defiance for the Western-dominated art world, Murakami created his own movement called Superflat. The name refers both to the flattened compositions that lacked one point perspective of historical Japanese artistic movements such as Nihonga, as well as to the flattening (or merging) of art and commerce. Superflat is Murakami’s way of bringing together Japan’s history with contemporary pop culture. Its bright and easy eye-candy aesthetic immediately lured a wide audience to Murakami’s work. However, critics have derided Superflat as a blatant caricature and distortion of modern Japan. Regardless, Superflat has inspired an entire generation of contemporary Japanese art.

How Murakami was able to create an entirely new world for Kanyeunicersecity.com blew my mind

….being in high school because it gave me the idea that I could create my website however I wanted to, I could make my own world. Taking cue from Andy Warhol’s factory, Murakami developed a new form of Pop art, aptly titled Neo-Pop, in which the line between pop culture and high art was not simply blurred but completely obliterated. Murakami’s Neo-Pop parodies postwar Japanese consumer culture by “sampling” and “remixing” its themes and characters within the realm of high art. Murakami’s factories produce fine art that sells for millions of dollars alongside cheap trinkets that sell for just a few dollars. 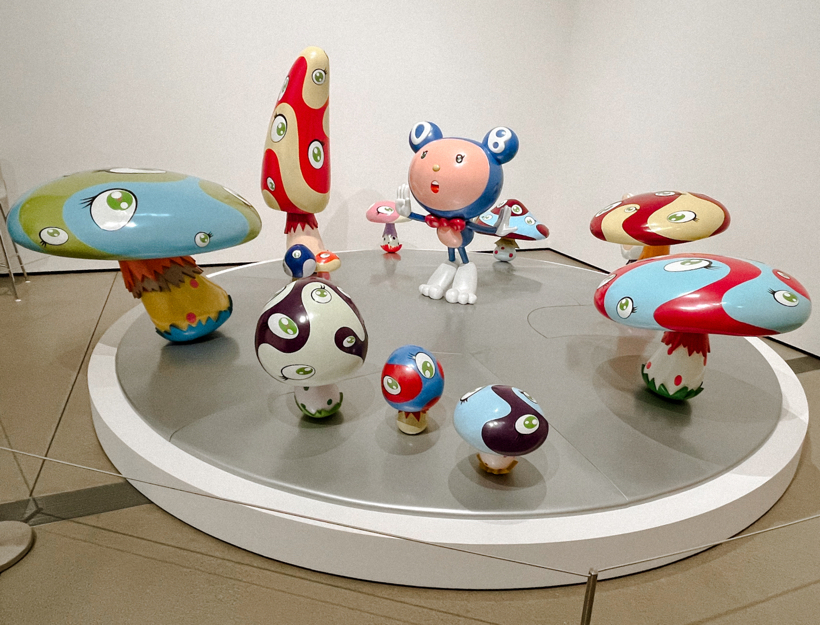 In this respect, Murakami shatters the illusion of elitism and superiority of the art world, while simultaneously benefitting from it economically. His collaboration with Louis Vuitton further destroyed the line between art and commerce, while the wide availability of his trinkets enabled anyone to own a Murakami piece. Speaking of Louis Vuitton, I own the Louis Vuitton x Takashi Murakami book and I made sure to purchase that piece of art because the LV print monogram mixed with Murakami’s art just blends so well together and never gets old, and it’s the perfect combination between street art, high fashion fashion… it’s avant-garde! 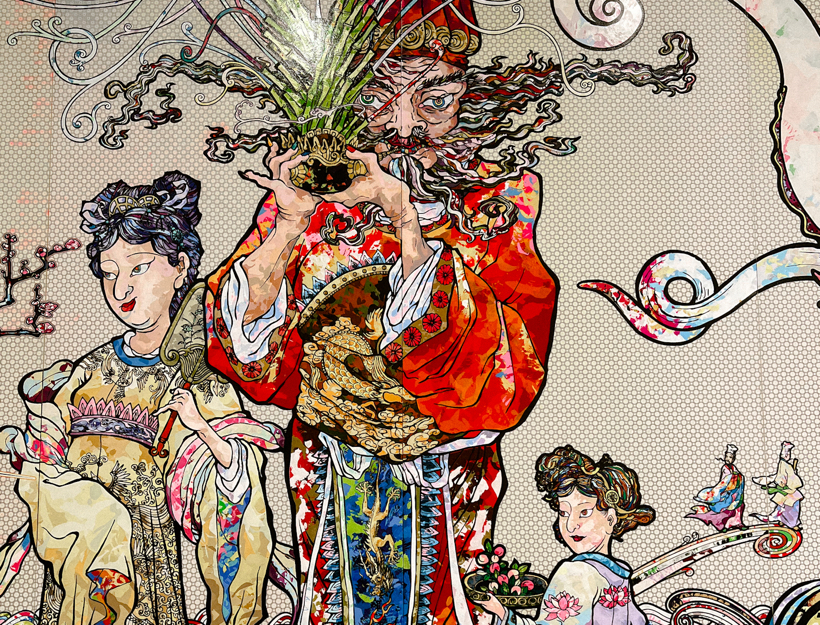 Last but not least – to close the event we were blessed with an epic performance by the eclectic Thundercat. Thundercat is a bass guitarist and singer from Los Angeles, California. One of the few artists today that can exist in many different spaces because of his creativity. For those of you who don’t know Thundercat, he is known for his progressive sound blending funk, soul, jazz, and r&b. 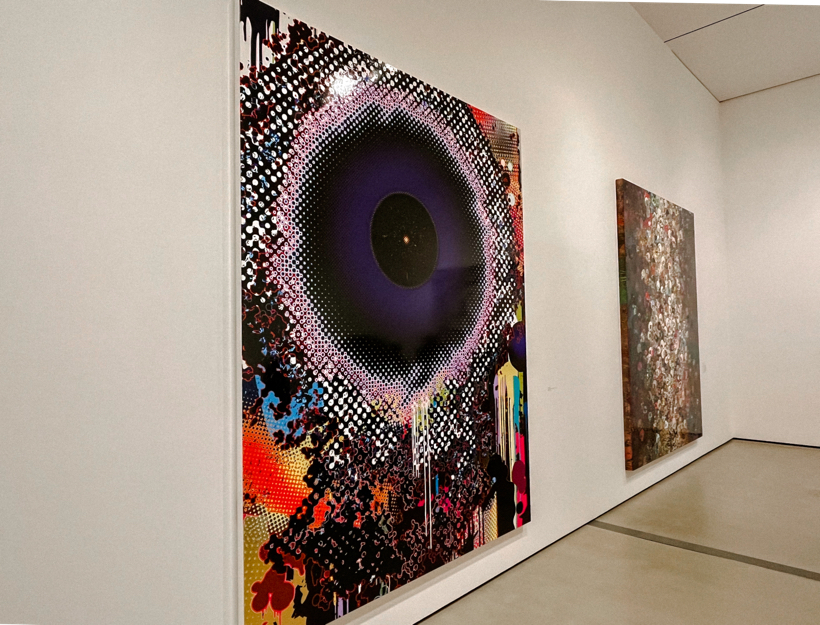 Thundercat has worked with many artists such as Terrace Martin, Robert Glasper, and the more popular wicked Los Angeles MC Kendrick Lamar. Thundercat lent his talents to Kendrick’s arguably greatest album of this decade “To Pimp a Butterfly” which won a Grammy for “Best Rap Album” category.

The Broad museum collaborating with Thundercat to close out the opening night of the Murakami exhibit was perfect because not only is he a LA native, but his music supports the whimsical artwork of Takashi Murakami.

Thundercat’s music has a lot of colors, similar to Murakami’s artwork. It was the perfect closing performance for an audience who is very aware of the new cultural trends as well as upcoming artists that are extremely talented but may not have the mainstream media’s attention just yet. 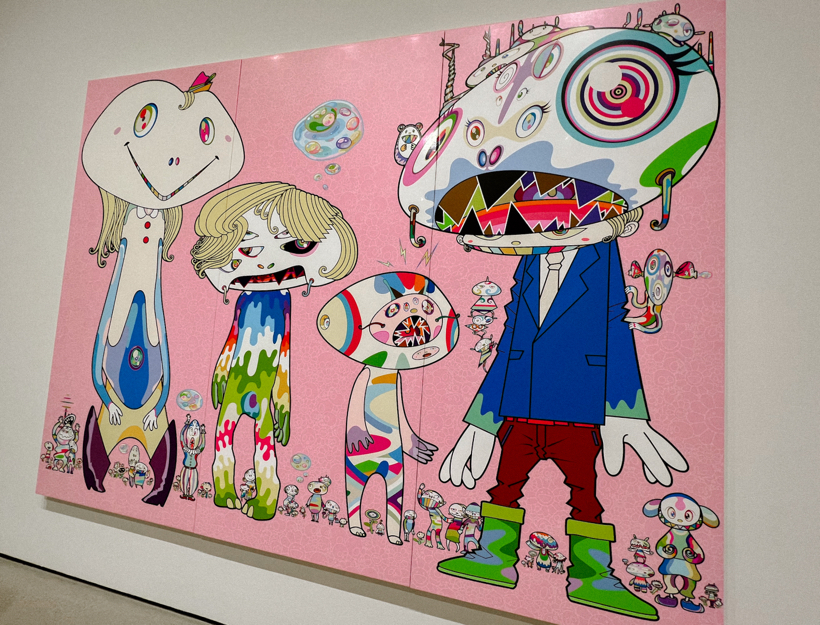 Overall, I thought the exhibit was well curated and organized because most shows are not that organized. I definitely recommend going to the Murakami exhibit because this is the most work I have witnessed from him up close. It would be worthwhile to bring a camera just in case you end up somewhere you could take pictures. Besides that everyone should attend the Murakami exhibit because you learn a lot more about what inspires his art and what dark stories of pain he is expressing through his artwork. It’s an exhibit that is fun not just for the adults but for the kids as well.

The Takashi Murakami- Stepping on the Tail of a Rainbow @ The Broad exhibit in Los Angeles is showing from May 21 – Sep 15, 2022. Tickets can be purchased here.