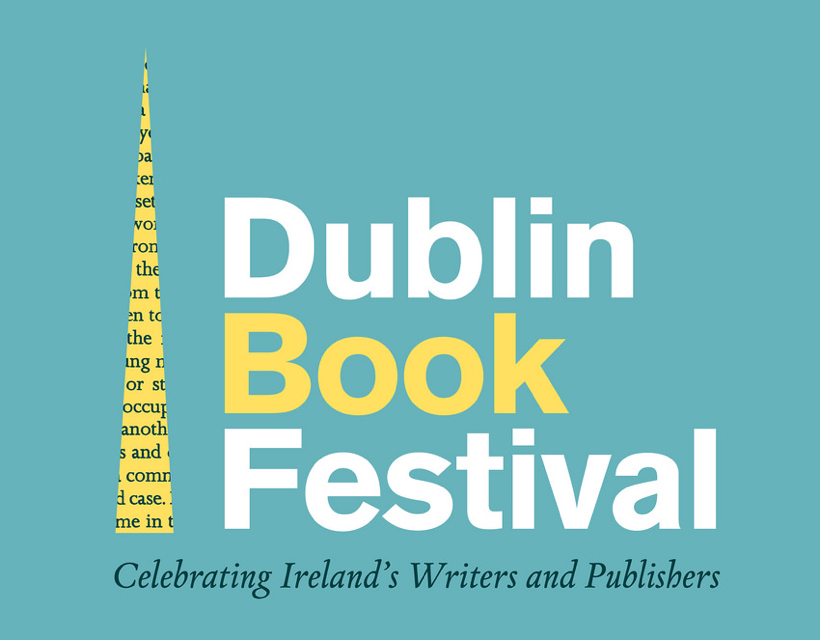 Anyone who’s been to Dublin knows it is a city steeped in history. Or is it a town? It’s sort of that awkward middle ground where it should really be a city, but isn’t quite big enough. Anyway, I digress. Smock Alley Theatre, host to this year’s Dublin Book Festival, is no less historic than the rest of the city.

Opened in 1662, it sits in what is now a quiet part of Temple Bar, unassuming and seemingly uninviting. A little over one hundred years after its creation, the theatre was shut down and fell into disrepair. Over the next years, its ownership changed hands several times and its purpose did too. Once it was even a warehouse storing whiskey barrels (the proctor on the walking tour – one of the festival’s events – in a thick Irish accent, sadly informed us that no barrels had been found since the theatre reopened).

After safeguarding the most glorious liquid for some time, it turned into a Catholic church and played an important part in the fight for the rights of Catholics in Ireland. In 1989 that ended, and it again fell into another bout of disrepair. Then, in 2012 it was re-established as a theatre. And here in this theatre is where some of the most promising Irish authors, playwrights, and poets gathered, along with members of the public, tourists, and yours truly. 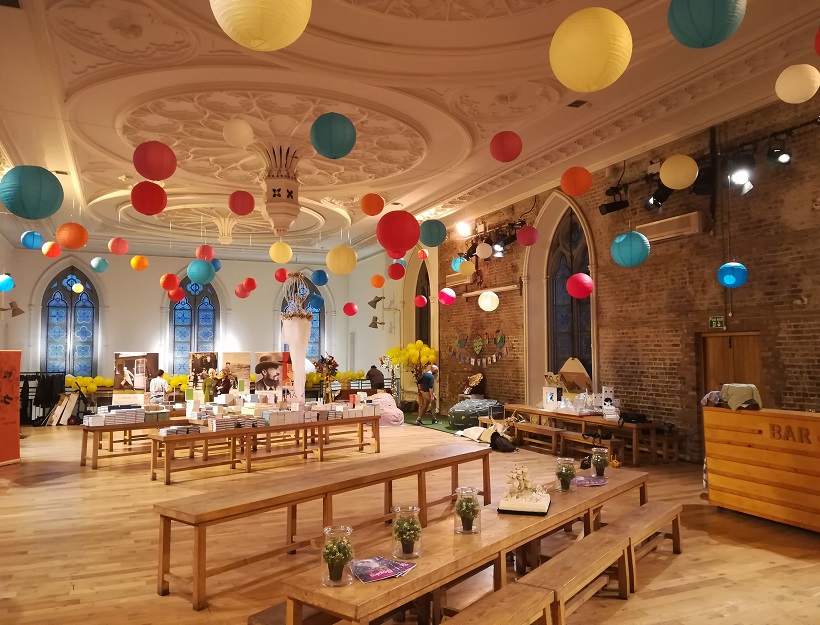 The Dublin Book Festival, which began in 2006 and is the biggest book festival in Ireland, included events such as book signings and launches as well as reflections of the literary state of Ireland, discussions with artists on the place of literature in Ireland, and open mic poetry and prose.

There was much that went on during the four days and so much can be said. If you’d like to find out more about some of the writers and issues prevalent within Irish literature, please read Writers to Know: Dublin Book Festival 2018.

There is something for every bookworm at this event. Already discussed briefly were the literary walking tours given by the charming and lively Pat Liddy (he runs his own walking tours throughout the year too). Be prepared for a long and informative walk – it was two and a half hours, though it felt a fraction of that time – as you dive into the history of authors such as Joyce, Wilde, Swift, and more. You will learn what Tolkien really thought about Ireland; you’ll see what was assumed to be the inspiration for the novel Dracula, and you’ll experience the city in a new way, walking through its secret streets and seeing its history. 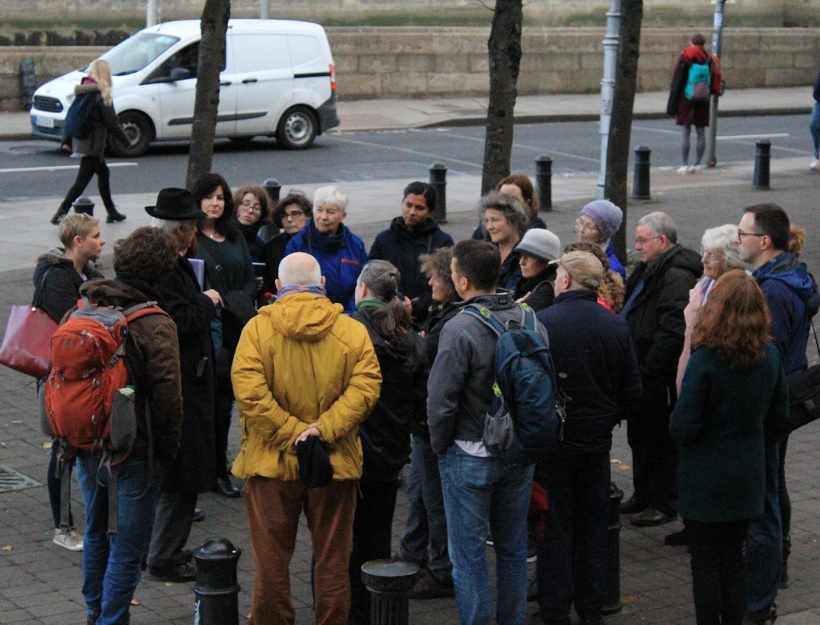 Inside Smock Alley Theatre, the audience was witness to the launch of books such as Writer to Writer: The Republic of Elsewhere, by Ciaran Carty. Writer to Writer is a collection of interviews given over the years by the author to several of the world’s most famous writers, including Margaret Atwood, Tom Woolf, and many more. To any fan of the lives of authors, this is a must-read.

Many talks and discussions surrounded the event too, and for those who sought to tackle the bigger questions and issues of literature, there was ample opportunity. One such example was the talk in which poets Rosamund Taylor and Toby Buckley, along with artist and activist Will St. Leger, discussed the role of those on the margins. Each of the panellists identified in some way as a member of the LGBTQI+ community and they discussed the seemingly rising popularity of LGBTQI+ poetry. They wondered if it was simply so the publishers could ensure inclusivity, or was it they had ceased to be the margins? Was the role of those on the outside becoming more prominent? One thing, it seemed, was clear: Ireland’s plurality of voice was growing.

There were workshops on travel and short story writing as well as on managing the stress of writing; there were discussions on Irish literature’s future; there were history lessons on Irish literature’s past. Many of the talks were free and the others were cheap. If you love books, this event is for you, and if you don’t like books, there is a café during the day which turned into a bar at night. Though to be honest, if you’re still reading this then clearly you’re a secret book lover and you need to own up to it as soon as possible. 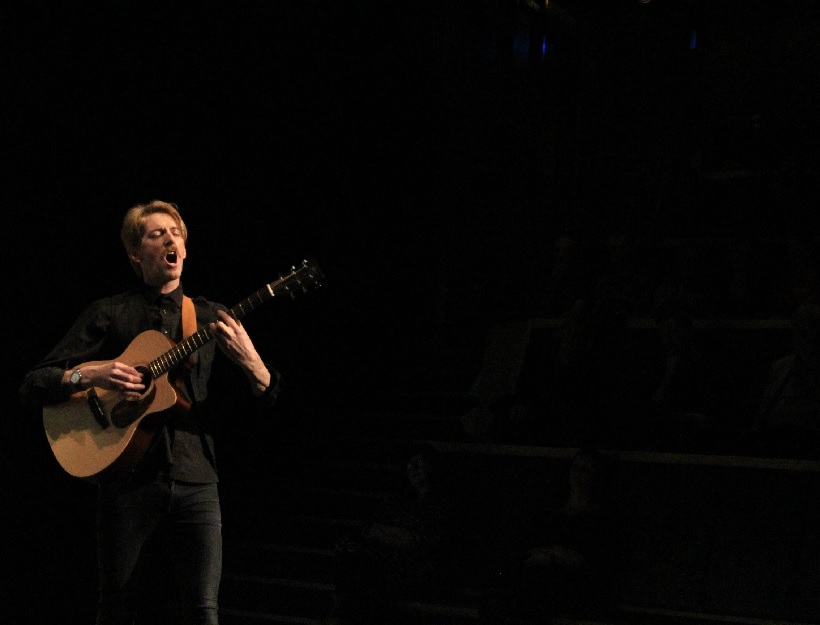 There is a whole world of glory out there that you’ve been missing, starting with the Dublin Book Festival. Coming to the city next year!
*