Political corruption and bigotry among Los Angeles public officials are rampant. Like millions of Americans, I have grown frustrated with the bile of hatred spewed by elected officials; fatigued by the embrace of “The Big Lie”—and the more than 300 midterm candidates campaigning as part of a movement of election-deniers; the same factions that reject the climate crisis, ignore basic infrastructure needs for oppressed communities, oppose critical race theory, ban books for school children and abortions for women.

I could see this coming—not exactly this, but after the 2016 presidential election, I knew, like most Black folks, trouble was coming.

These days, I find myself thinking a lot about fear and racism, and the dubious two-step African Americans have danced around since we were handcuffed and shipped to this country which we now call our homeland.

Then I saw Regina King’s essential 2021 film, One Night in Miami—featuring a fictionalized gathering between Muhammad Ali (née Cassius Clay), Malcolm X, Sam Cooke, and Jim Brown during the 60s civil rights movement. But instead of issues on celebrity—central to Kemp Powers’ moving screenplay—I wanted to hear from everyday Black men talking about their lives and where they find joy in the midst of the unrest in this new millennium crusade to substantiate Black lives.

It was May 29th and nearing the eve of the 100th year anniversary of  the Tulsa race massacre. The pandemic continued to plague African Americans disproportionally. The trial against the officers involved in George Floyd’s murder was still eight months away. Millions of Americans watched as the Capitol was besieged by rioters armed with guns and nooses; the uniforms of fear and racism.

Easton, Harris, Green and Harris-Dawson each started their lives in different places—a sci-fi nerd from Baltimore, a “light-skinned dude” hailing from Chocolate City, a mixed-race, cross-culture teen growing up in tony View Park, and a hip-hop-loving preacher’s kid from South L.A. There was shared praise for the influence of grandparents, fathers, mothers and siblings in their lives; for some that also included daughters, wives, ex-wives and school janitors (we see you, Abbott Elementary!)

The conversation leads with Harris drawing from his own work– The Black Man of Happiness Project, a 12-year exploration into the question: What is a happy Black man? A beautiful poem of his describing moments of familial joy is included at the bottom of this article.

Off-stage, I occasionally throw out questions to direct the topic of discussion. Then, like kindling on a fire, the 90-minute conversation crackled with energy and hope; with nervousness and restlessness, as these as native sons; a grandfather and fathers; husbands and partners in child raising; mentors and culture workers, each in his own way, architects designing a world—in the midst of everything–in which Blackness can simply be. As I eavesdrop on this this Black male bonding, I find hope, again, in the simple things.

(This conversation has been edited for word count and clarity) 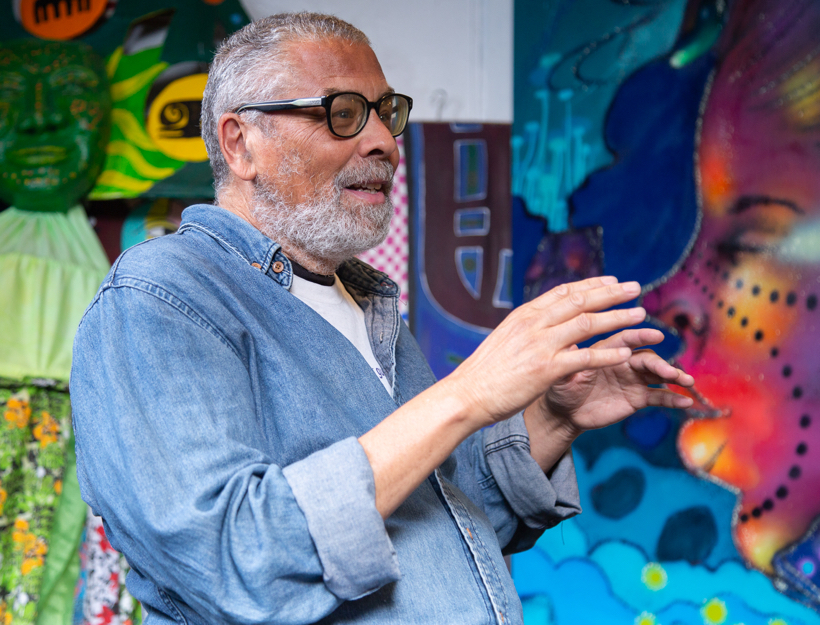 Peter J. Harris: Like all of us, I have my stuff. From being married and divorced, to learning my child was molested by her ex-stepfather—and doing the work with her as an adult to help her heal from that–to losing a house in foreclosure. But in the final analysis, when I ask myself that question, I still say I’m happy. It’s that super-dimensional connection and blend of culture and excavating all of it. 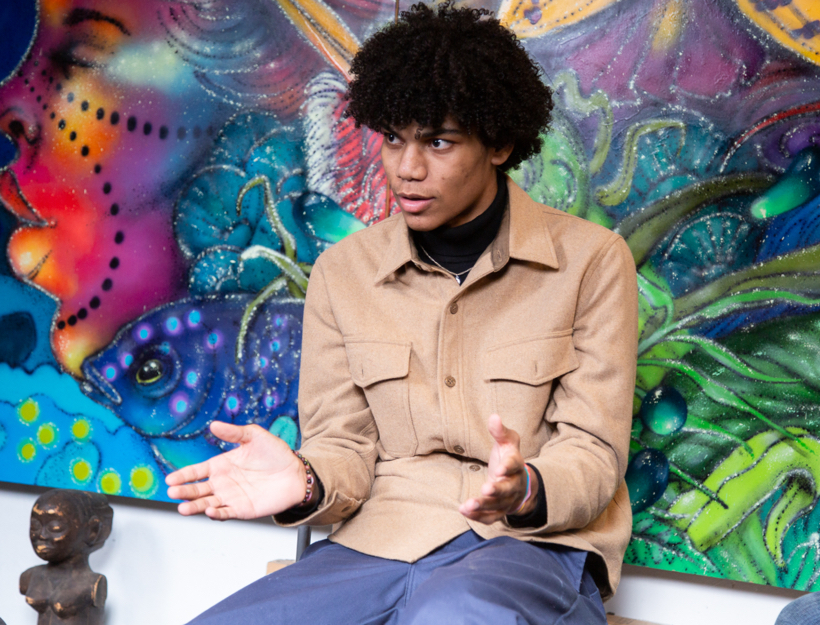 River Green: I go to a private school with a lot of kids who live in big houses and have a lot of privilege who don’t ever seem to be happy—and I’m always wondering: Why aren’t you happy? I know so many people who are concerned with making money, being with people who have privilege but are some of the most depressed human beings I’ve ever met in my life. I mean, I have a job. I’m moving out. I’m hungry. I’m happy. But I think it’s like, for me, it’s just choosing to live life to the fullest. I don’t need to be making millions of dollars to then decide, OK, I’m happy. Money can help you buy cars and the big house, but I think for me it’s photography and film that makes me happy.

For me, I’m going to school in New York because I want to experience some things with my film and photography, and that’s a perfect place to do that. And I want to travel. I think traveling, that would be exciting and fulfilling, like experiencing a lot of different types of living, yeah. 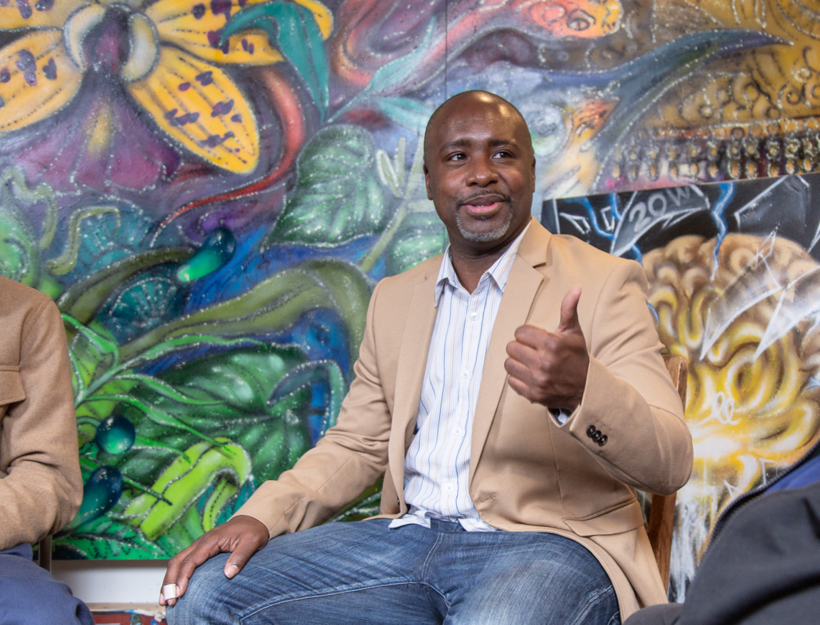 Marqueece Harris-Dawson: I usually don’t go into any conversation where I don’t know what I’m talking about—especially being a politician, you don’t want to be caught talking off the top of your head. [laughter]

But then, for me, I think I’m happiest …That happens when you’re making art. That happens when you’re doing political work. Sometimes it’ll just be a moment when—and it’s the simplest one for me—it’s just a moment. You know, you’re working and wake up every morning and you’re looking through your schedule and you see you’ve got three and a half (hours) in your day that nobody else sees except for you! Then you can do things that you can’t do otherwise. When that happens, it’s just feels like you’re walking on air! It feels like flying. Yeah. 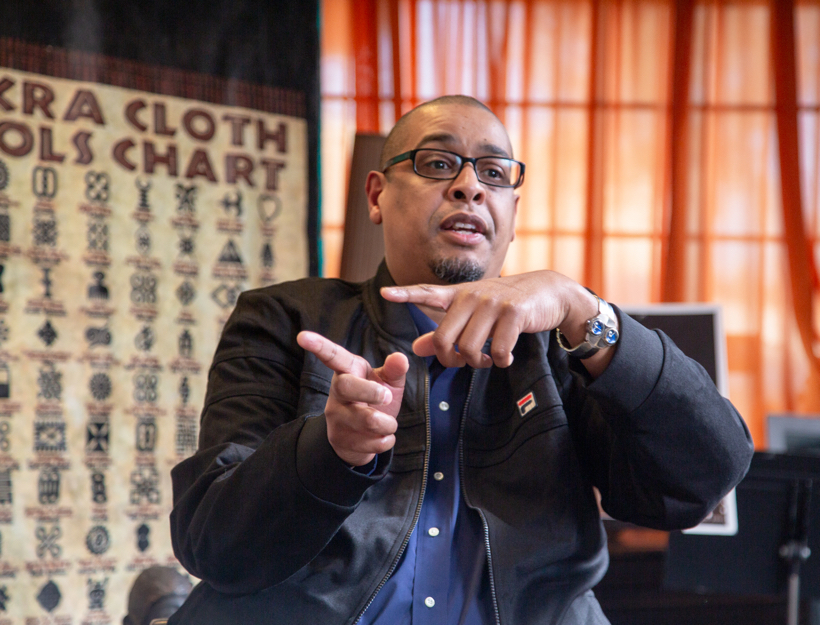 Brandon Easton: I could agree with what everybody is saying. I’ll give some examples. I grew up a space nerd, and walking over here to Exposition Park and seeing the Space Shuttle for the first time—I know it’s gonna sound stupid, but (I) never saw a space shuttle before.  I’d watched them on television–saw two of them explode–but like seeing it, not just reading about it or seeing it on television, and getting to Griffith Observatory…and just standing looking over L.A. in this carpet of light. And I had some really dark times when I first got here [in 2008]. I didn’t get my first gig ‘til 2011. I used to work right over here at the [Baldwin Hills] Crenshaw Mall. I worked at that Game Stop when it was upstairs…

GREEN: I remember that…

EASTON: …yeah, man, and I would have some rough nights. And then I’d go up there [to the observatory] and feel like I was above it. I could look all the way to Catalina and around to Century City and so on—but those are the kinds of things that bring me joy; wrapping yourself up in the things you care about, that you love like a baseball game, a movie, photographs, political work and moving people from A to B.

When I used to teach, I’d have that moment where a kid got it…[unanimous nods of agreement]…and you’d only have’m for a few hours a day. I used to teach in the Bronx—Central Bronx. And for anybody who knows New York City, it’s 6 blocks south of Fordham University, which is the equivalent of 6 blocks south of USC—in 1989! And it’s just those things, and it’s difficult to quantify. But when you find it, you know what it is.

Like, I never had eel before in my life, and then I went to this place in New York City a couple of weeks ago and they’re known for their best, fresh, saltwater eels, supposedly. I don’t know? So, I tried’em and found something new that I love. And it’s that thing that you didn’t know you loved…

EASTON: …it just kicks in.

And seeing other people happy also makes me happy. I’m a solution-oriented person. I don’t want to just talk about a problem…

HARRIS-DAWSON: They call that the paralysis of analysis…

EASTON: So, it hurts me to see the way things are. But when I see people overcome it—whatever the circumstances—that makes me happy. That gives me joy. 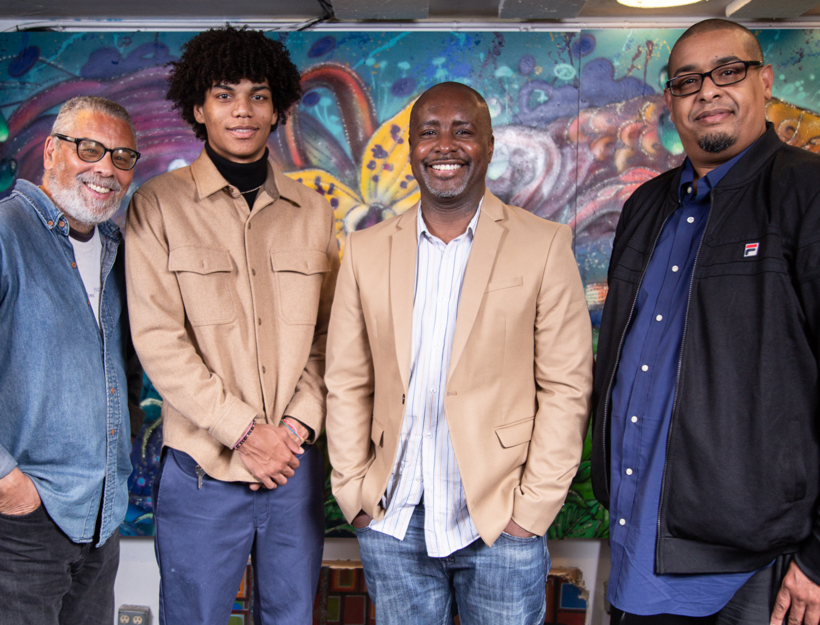 Sparked By Their Look of Love

Daddy had asked Tweed to stand as his best man

who wants a nickname without some mystery to it anyway?

one time Uncle Tweed asked me how the writing was going

they hanging right there … right on the doorknob

he points to his pink tie

I don’t guess they wore too much pink
growing up in Powhatan, Virginia but it glows now
sparked by their look of love backstage in the Green Room

I twocents a quiet hmmmm hmmm 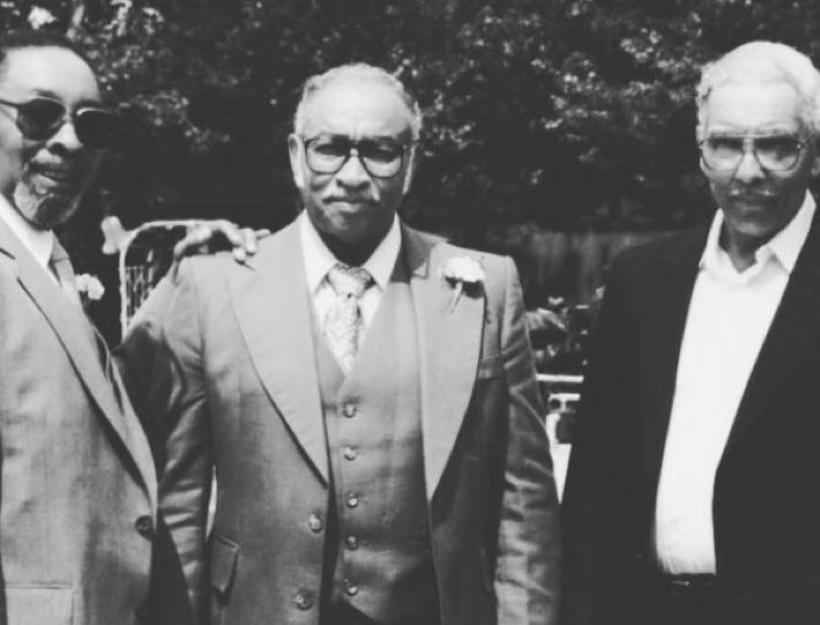 Sparked By Their Look of Love a poem by Peter J. Harris 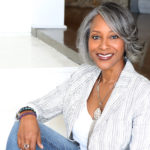 Janice Rhoshalle Littlejohn is the 2022 L.A. Press Club SoCal Journalism Awards (Race & Culture) finalist for her LMU Magazine article, “Crowning Achievement,” highlighting the issues Black people face in the workplace for wearing naturally textured hairstyles. A former columnist for the Associated Press, Janice has been published in more than 60 consumer and trade publications including the Los Angeles Times, Ms. Magazine, Shondaland, Essence, EMMY, USA Today and the Los Angeles Review of Books where she was a senior editor and director of special projects. She is an alumna of Loyola Marymount University and the University of Southern California where she received a master's degree in professional writing. She’s currently the Associate Director of the Los Angeles Institute for the Humanities at USC where she is also an adjunct instructor at the Annenberg School’s Specialized Journalism graduate program.