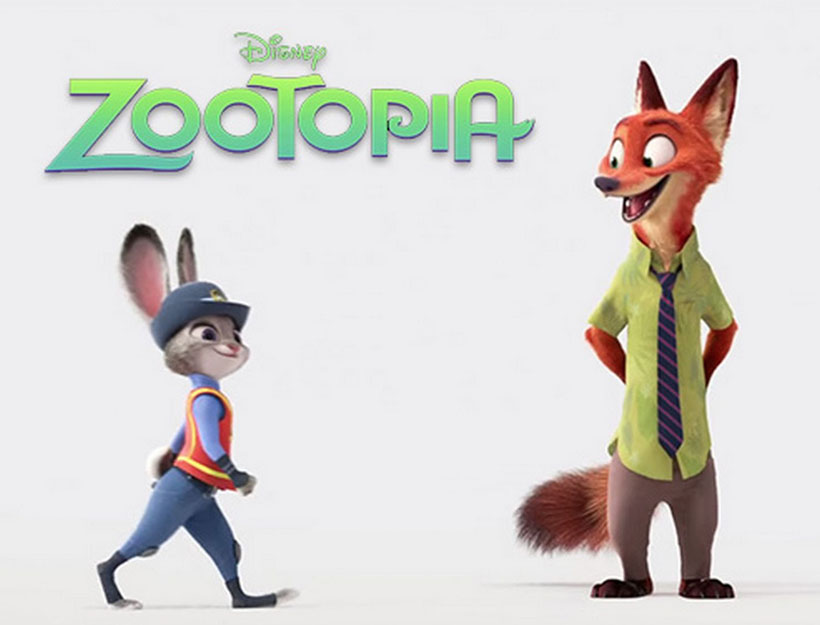 Disney has done it again by continuing its legacy of incredible animated films with Zootopia. From the trailer alone, I could tell that this movie was well-animated and charming, but Zootopia itself blows all expectations out of the water. Filled with laughs, social commentary, and held together by well-rounded characters, this movie has it all. Zootopia is easily the number one contender for best animated film of the year, and it’s only March.

Judy Hopps, a rabbit that grew up on a farm, has aspirations of becoming a police officer in Zootopia, a city where predators and prey live together in “harmony”. 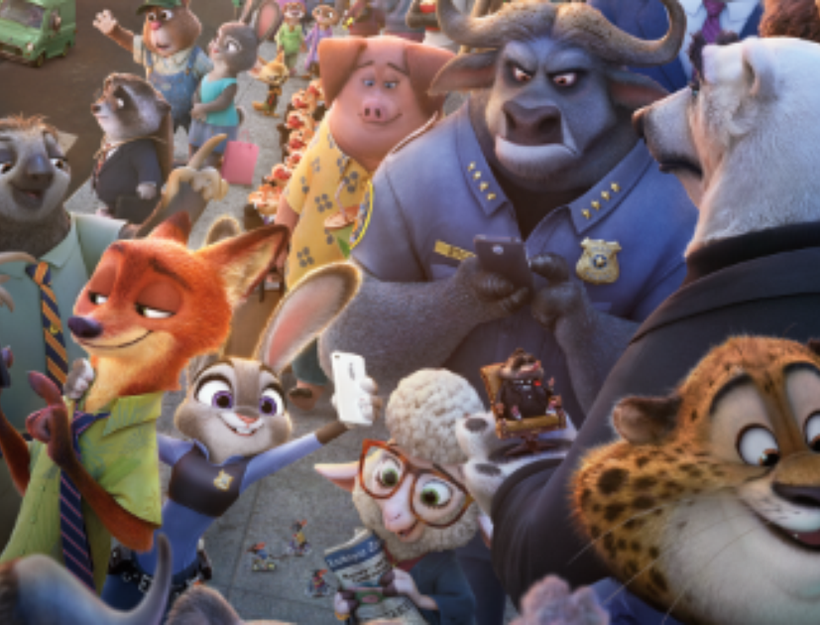 Despite everyone telling her she can’t do it, Judy graduates first in her class at the police academy. After moving to the big city, Judy is assigned to parking ticket duty, where she encounters Nick Wilde, a fox who makes his living as a con man (con fox?). Together, they must solve the mystery behind a string of disappearances that threaten to tear Zootopia apart.

Zootopia is a fantastic, near flawless film because of its strong characters, beautiful animation and relevant social commentary. Judy Hopps, our primary protagonist, is a lovable and sympathetic protagonist. Her personality is “bubbly” and optimistic, sometimes bordering on naive. This provides a stark contrast from the other animals in Zootopia, whom have more rigid and city-typical personalities. Seeing Judy grow in this film is a fun and fulfilling journey as she learns about herself and her own character flaws. Mad props to Ginnefer Goodwin, the voice actress for Judy Hopps; she brought her A-game for this character and the gamut of emotions she expressed. Nick Wilde is equally strong as far as character growth goes, as he eventually rises above the stereotypes that society deemed him to be. As far as the animation goes, this movie flexes its muscles with top notch CGI. From the extremely detailed facial animations, to the incredibly and varied environments, Disney spared no expense. Close-ups on characters such as Judy and Nick show their individual hair and fur strands. 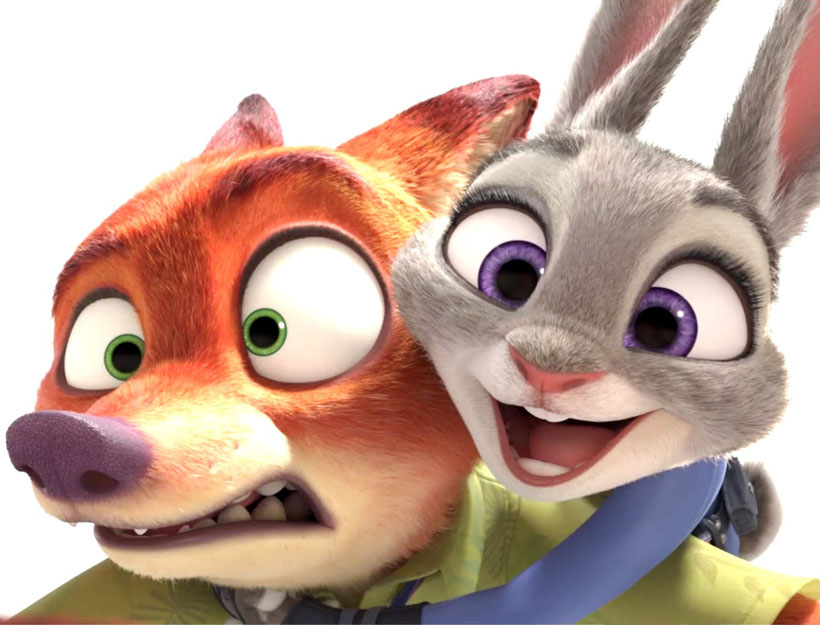 The environments are equally impressive. From the desert and the grains of sand, to the rain forest and its leaves, to the detailed and varied cityscape, countless hours must have been spent toiling away at the designs of this fictional world. The final and most important aspect of Zootopia that makes it great is the social commentary. Stereotyping is a prominent theme in this movie. Characters learn that stereotyping is a two-way street, and that the only way we can rise above our issues is to work together despite our differences, and to embrace the idea that anyone can be anything if they want to. The city of Zootopia is also a parody of the American dream. A farm girl (farm bunny?) believes in the Zootopian dream that if you work hard enough, you can do anything. When she gets to the big city, she finds out that those ideals aren’t all they’re cracked up to be. Overall, Zootopia is a great family movie because of the use of lovable characters, incredible animation and its stand against negative stereotypes.

Minor nuisances such as a simple story and plot holes keep Zootopia from being perfect. Zootopia is by no means a bad story, but it is a familiar one. It boggles down to a “who done it” mystery that is ultimately used as a platform for its stand against stereotyping. At one point, Judy uncovers a crucial clue involving a flower that grows on her parents’ farm. The same farm she grew up on. Why didn’t she know about these flowers sooner? And if these flowers are so dangerous, why are they being harvested? 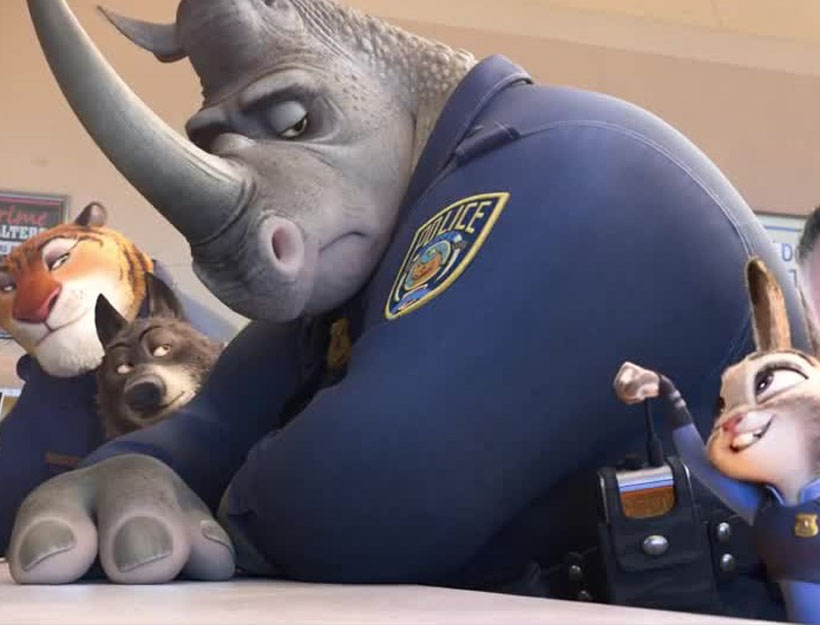 Later on, when Judy is piecing the mystery together, she has a flashback of crimes that she never actually witnessed, which feels out of place. These are very minor problems overall, and can easily be overlooked.

I thoroughly enjoyed Zootopia. Disney did a magnificent job of portraying a societal problem in such a way that both children and adults can understand it. Filled with laughs and charming characters, Zootopia is a world that fits perfectly in the ever growing Disney library. I cannot recommend this movie enough.
*