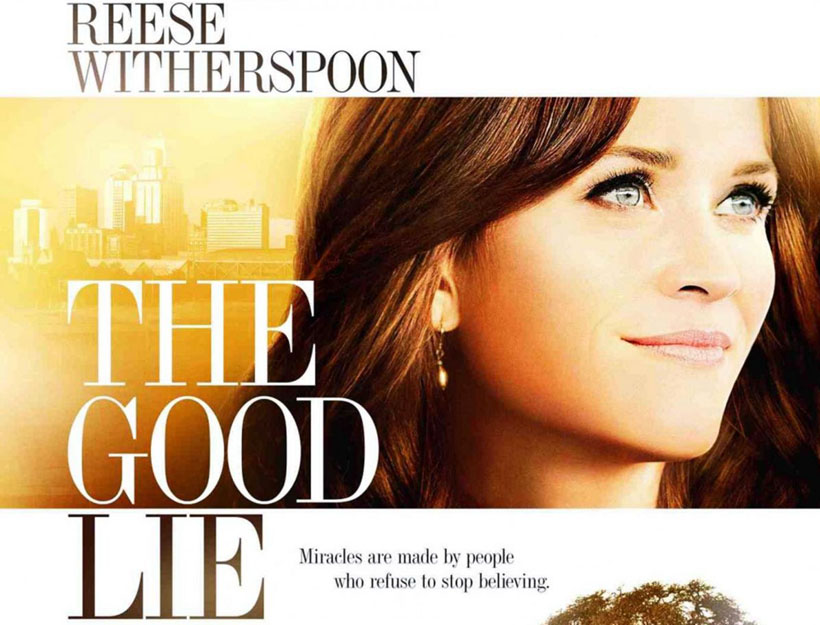 The Good Lie is a film about the Sudanese refugees that came to America in the early 2000’s. Although this is a work of fiction, the events in this movie are based on real events. Four of the leads, Arnold Oceng, Ger Duany, Emmanuel Jal and Kuoth Wiel are all  people who experienced the Second Sudanese Civil War firsthand, since they are refugees and former child soldiers themselves. Although the first act can be difficult to watch, The Good Lie is a powerful movie with a strong message about self-sacrifice, embracing cultural differences and taking a stand to help those in need.

The Good Lie begins in a small Sudanese village. The people are living a simple life while children are playing. Suddenly, northern Sudanese soldiers open fire on the village. Theo, Mamere, Jeremiah, Paul and Abital are forced to hide and flee for their lives as they helplessly watch soldiers murder their families. The children wander from place to place, barely surviving on animal scraps and their own urine. Theo, the impromptu “chief,” sacrifices himself to protect the others. Mamere, Theo’s brother, becomes the new “chief” and leads the other children to a refugee camp. After waiting for 13 years, Mamere, Jeremiah, Paul and Abital are finally given permission to enter the United States, where they must learn to work and fend for themselves in a strange new land. 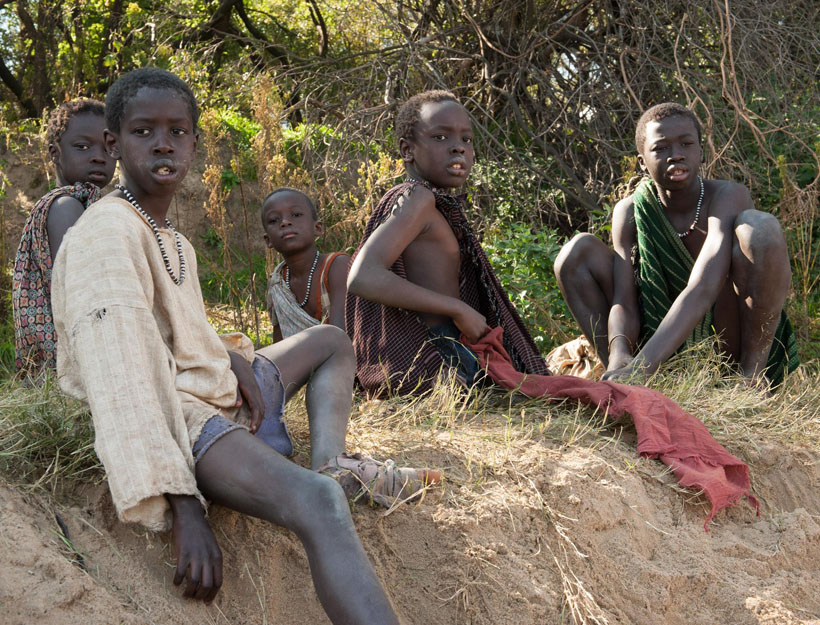 The Good Lie’s strengths come from its powerful message, emotional moments and surprisingly high-caliber performances from the actors. This movie was made to shed light on the refugee crisis taking place in Sudan. Many children were orphaned and left to fend for themselves because of war. These acts of terror and survival are painstakingly portrayed in the first act. However, the tragedy doesn’t end there. Even after being relocated to Kansas City, the main characters find it difficult to adjust to an American way of life because of the immense cultural differences. Things like Sudanese courtesy and strong family values clash with wasteful, independent American lifestyles. Reese Witherspoon and Corey Stoll play two secondary characters that lend some legitimacy to the production of this movie as well as provide stark contrasts to our main characters. 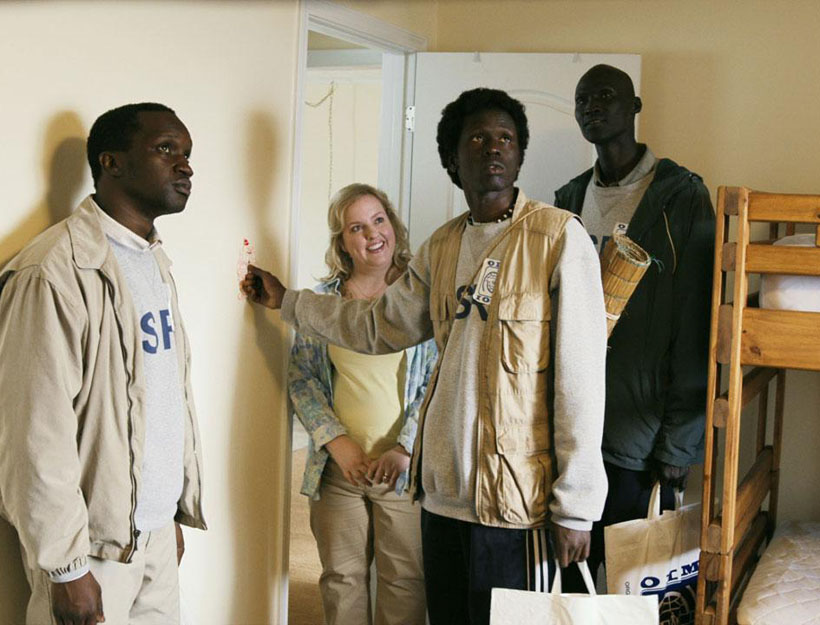 Part of this story takes place after 9/11, which allows The Good Lie to address an issue that is still debated today: Do we help those who are fleeing from a terrible conflict, or do we protect ourselves from terrorism by closing our borders? As far as character growth goes, The Good Lie does an adequate job. Despite all of the obstacles that get in the way of our protagonists, they are able to retain their values and overcome adversity. The relationship between Mamere and Paul is especially well-rounded, as both characters come to terms with the tragedies they experienced. American living stresses their friendship to a breaking point, which forces Mamere to learn a valuable lesson.

The most prominent issue The Good Lie suffers from is disjointed pacing. The movie starts out with a very depressing and somber first act, but progresses into a lighthearted and almost humorous second act as the refugees adjust to American culture. There is an emotional reunion in the second act that ultimately hurts the pacing as well, since it creates a third act moment. Once you realize that there is still 30 minutes to go, you’ll find yourself wondering where else this movie can go. Speaking of the third act, there is a second reunion towards the end of the film that lacks emotional punch. By the time we reach this point in the story, we have already run the gamut of emotions that the movie wants us to experience, robbing the third act of its potential. 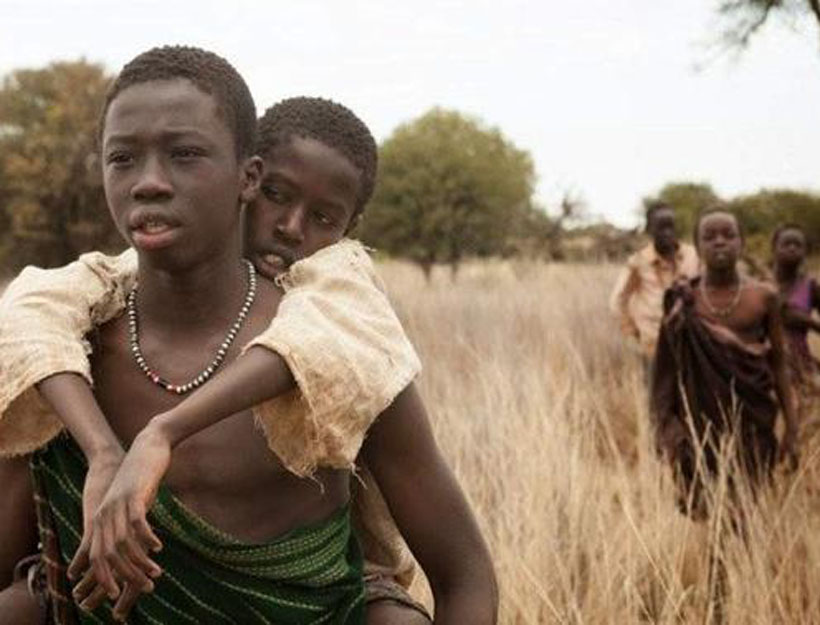 The Good Lie is a strong, passionate movie. Despite its uneven pacing, the story is well told and the actors work very well within their roles. The title of this movie even has a major payoff in the end. There is one last issue that irks me: Reese Witherspoon is on the forefront of the advertising, even though she is just a secondary character. From a marketing standpoint this makes sense, but I believe the main characters should be the ones who should be recognized for this film. Overall, this film is a good watch, especially if you are looking for contemporary commentary on refugees in the modern world.
*