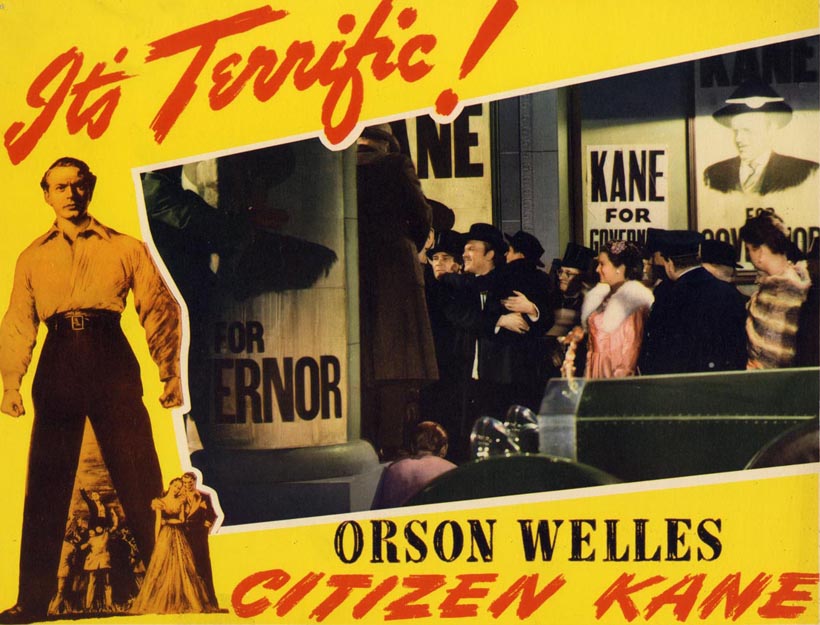 The most famous line from Citizen Kane is also its most infamous. It both exemplifies the prominence of this film, as well as embodies its greatest weakness. To some, this is the greatest movie of all time, decades ahead of the industry in both quality and technique. To others, it is a relic: a product of a bygone era. Truth be told, Citizen Kane is a masterpiece, but it struggles to keep up with today’s fast paced entertainment industry.

“Xanadu!” The movie begins with the death of Charles Foster Kane, the protagonist of our story. With his last breath, he utters “Rosebud.” A montage plays, summarizing the life of this once great man in a matter of minutes. A group of reporters gather in a room and discuss the mystery behind “Rosebud.” Dissatisfied with their conclusions, they set out on an investigation to discover Kane’s past by interviewing his former associates and his ex-wife. Together, they tell a tale of a deeply complicated man that never seemed to be content. 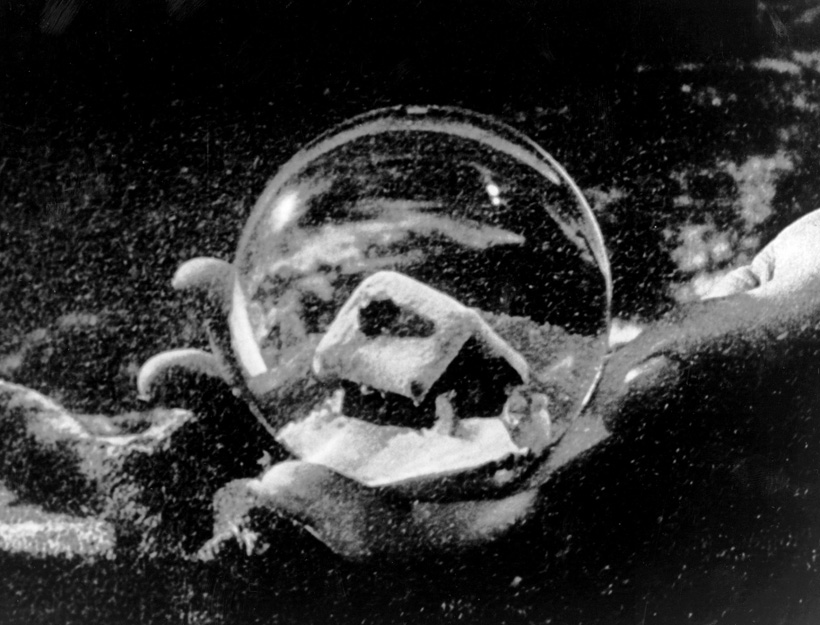 Citizen Kane sets a precedent for movies that Hollywood still uses today. Orson Wells, the mastermind behind this film, is the primary reason this film is great. His leadership, technical brilliance and willingness to take risks despite controversy allow Citizen Kane to reach the zenith of motion pictures. As the producer, writer, director and main character, Orson Wells is the star of the show. Is it egocentric of him to incorporate himself into every aspect of this film? Perhaps, but the results cannot be denied. Well’s writing and directing are brilliant. Even though the movie is composed entirely of lengthy dialogue, it is captivating from beginning to end. The non-linear storytelling allows the movie to cut back and forth from past to present, creating two compelling story arcs. Kane’s character development is the definition of growth: starting as a poor boy that inherits a fortune, growing into a newspaper tycoon, and eventually becoming a failed politician and obsessive husband. 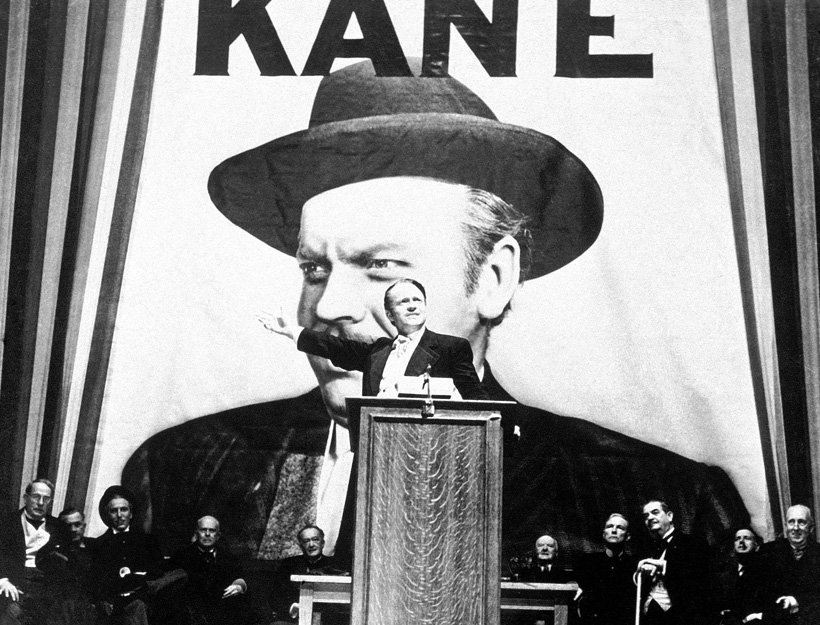 Orson Wells portrays all of this with the brilliance you’d expect from the man behind the infamous War of the Worlds broadcast. Since he had so much control and creative input in this movie, Wells experimented with new filming techniques including: deep focus, invisible wipe transitions and optical illusions- all things that are taken for granted in today’s Hollywood. Kudos to the cinematographer, Gregg Toland, who was responsible for much of what Wells was able to accomplish visually in this film. Finally, it wouldn’t be an Orson Wells product without some controversy. Wells based the character of Charles Foster Kane on William Randolph Hurst, the newspaper tycoon. Hurst fought tooth and nail to destroy Citizen Kane by threatening Wells with blackmail. Hurst even went so far as to slander Wells’ reputation by claiming he was a communist. It would be years before this movie would be recognized for its brilliance. While this is a negative aspect of Citizen Kane on the surface, it lends to the grandness of the film. There must have been some truth to Wells’ portrayal of Hurst as Kane, otherwise why would Hurst have been so defensive? Citizen Kane speaks volumes about the corrupt nature of corporate America and the lengths it will go for money and power.

For all of its strengths, Citizen Kane has glaring weaknesses. The first flaw is its pacing and age. In 1941, a two hour drama worked out very well. In today’s fast-paced YouTube generation, it falls behind drastically. Most people are used to three minute videos, and their attention spans reflect this. This makes Citizen Kane a very difficult movie for people to sit through, especially younger generations. The second flaw is the ending. Please don’t misunderstand- the closing moments of this film are brilliant after careful analysis. However, most people are not trained in film studies and will find the ending frustrating. 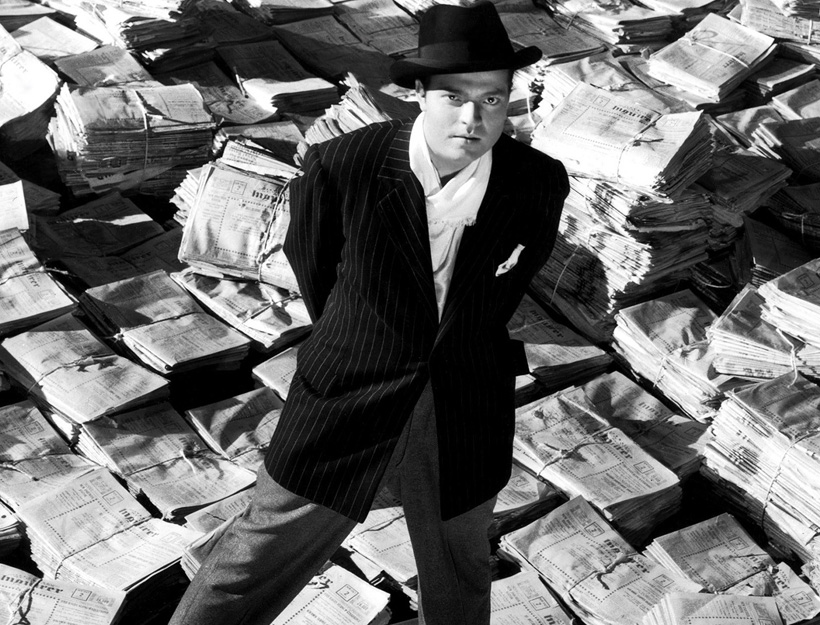 I must confess, I didn’t like Citizen Kane the first time I watched it. However, with every subsequent viewing, I find myself loving it more and more. The story telling and the writing are so brilliant that as I writer myself I can’t help but be envious. Orson Wells is one of the greatest film makers of all time, and Citizen Kane is his pièce de résistance.
*