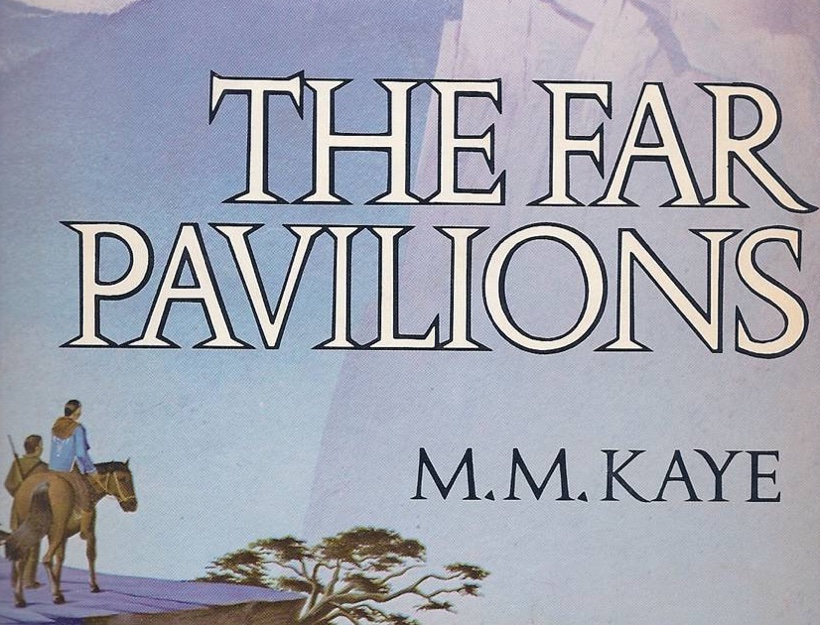 As when discussing an old car with nostalgia – or that Nokia brick everyone used to own – the phrase ‘They don’t make ‘em like this anymore’ springs to mind. Perhaps it’s the sheer size of the novel, a daunting one thousand pages expecting to be read; or the way the novel grabs you in the first sentence and refuses to let go, promising and delivering an epic journey through the life of Ashton Hilary Akbar Pelham-Martyn; perhaps it’s something else entirely, but one of my first and last impressions of The Far Pavilions was exactly that: They don’t make ‘em like this anymore.

I say this not because no great adventure stories exist today, but because people today don’t write like M. M. Kaye does. Style has changed, and in so many ways brevity is king. In The Far Pavilions, Kaye takes the reader on a long, winding voyage through various scenes of India, where the little details, often missed or cast aside, are unapologetically highlighted. To most, these details would serve no purpose but to add to the overall word count. But to Kaye, they showcase the beautiful detail of India, detail key – yet often unapparent – to the understanding of Ashton and his journey.

The story follows Ashton (known often as Ash) as he journeys through British India (during the time of the Raj). Born of British parents but raised an Indian, Ash must decide where his loyalties lie – or not – and face the consequences. Given his background and his innate belief in right and wrong, Ash often finds himself in outlandish situations, where adventure and mystery are never far off.

Kaye’s portrayal of India is without a doubt one of the better I have read. Granted, my bias is towards anyone favouring the subcontinent (I did live there for a time), but her portrayal is not one of blind adulation. Instead, she develops what is a well-rounded view of a rather turbulent time in India’s – and Britain’s – past. The complexity of the various cultures in India is not one easily broached (especially as a foreigner), but Kaye gives the reader a good glimpse into it, taking aspects of her own experience growing up in British India as well as falling back on the extensive research she completed.

Her father was an intelligence officer in the Indian Army and her grandfather and her husband both served the British Raj. My advice to anyone wishing to read this novel is to wait until finishing it to research any further into its history. That way no suspense is lost at any point and the novel can be fully appreciated.

There is so much to say of a novel like this, not least the forewarning that at times you will be furious at the actions of Ash – or that the journey Kaye takes you on is not always a pleasant one – but I will save it for the novel itself. Anymore that I say, I fear, will degrade the reader’s enjoyment; for so much of the pleasure in a novel such as this is walking into it blind, unaware of the path that the protagonist will take, and never fully knowing how the book will end.

The Far Pavilions is a captivating journey from beginning to end. Every detail matters, every story holds a purpose. Truly, it is an epic worthy of its name.
*