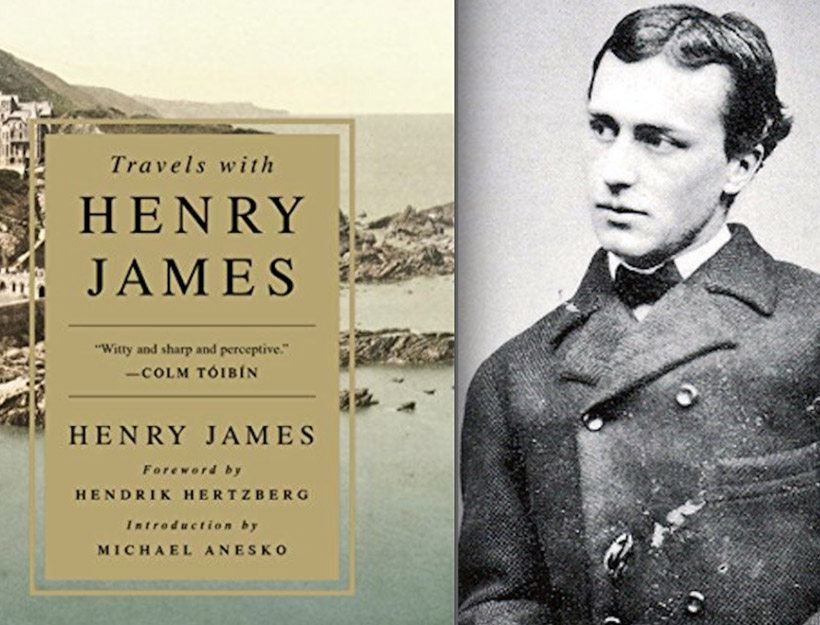 Before He Was the Henry James of Literature

While most know him as the brilliant novelist behind works such as The Portrait of a Lady and The Turn of the Screw, before Henry James was producing these long works his hands were turned to the writing of articles, reviews, and short stories.

It is within these shorter works that Henry James developed the style that would eventually make him famous. The much-loved, impeccable – and often lavish – detail which would grace his novels can in very few places be seen as clearly as in the work Travels with Henry James.

The book picks up in James’ late twenties, where his youthful and wit-filled writing brimmed with poignance and on-the-money critique. Beginning in Saratoga in 1870 and ending in London in 1879, no expense is spared in the twenty-one travel reviews given by James. His eye for detail is phenomenal, often spending several pages to describe that which the ordinary traveller would entirely fail to notice, his lyrical style flowing effortlessly through the prose. Of the Parisian stage he writes:

“I shall never forget a certain evening in the early summer when, after a busy, dusty, weary day in the streets, staring at powder, I repaired to the Théâtre Français to listen to Molière’s ‘Mariage Forcé,’ and Alfred de Musset’s ‘Il Ne Faut Jurer de Rien.’ The entertainment seemed to my travel-tired brain what a perfumed bath is to one’s weary limbs, and I sat in a sort of languid ecstasy of contemplation and wonder – wonder that the tender flower of poetry and art should bloom again so bravely over blood-stained garments and fresh-made graves. Molière is played at the Théâtre Français as he deserves to be – one can hardly say more – with the most ungrudging breadth, exuberance, and entrain, and yet with a kind of academic harmony and solemnity.”

He continues for some time on this experience, juxtaposing the Théâtre Français to the rest of Paris and to theatre around the world.

The Emerging Style of Henry James

To a fan of Henry James and his style, this series of reviews is a unique insight into the development of the author and his style. He is, at times, unbearably harsh. Though to his credit, he holds no punches to any and his displeasure is held by no border. All who displease him, be they locals or tourists, receive his literary wrath, and he has a particular amount to say about the American abroad. Anyone familiar with James’ novels will recognise the relation.

A Snapshot Into 19th-Century Life

Given James’ eye for detail, not only is his work interesting for fans, but it also provides a unique snapshot into life in the late nineteenth century. Any review from such a time has the potential to capture what the history books cannot, and Travels with Henry James is no exception. In fact – given his eye for detail and the unrelenting specificity of his writing – to any fan of history, James provides an as-yet-unseen angle.

Overall, Travels with Henry James provides an entertaining insight into the life of one of the nineteenth century’s best authors and allows the reader to be taken on a journey across time and space. Any fan of James will be able to see parallels between the writing here and the novels that were to be produced by the great author – snippets of characters, as well as locations and attitudes – and fans of history and of travel will acquire here a unique snapshot into life and travel more than one hundred years ago. An easy read, either enjoyed cover to cover or one location at a time, Travels with Henry James is well deserving of a place upon your bookshelf.
*